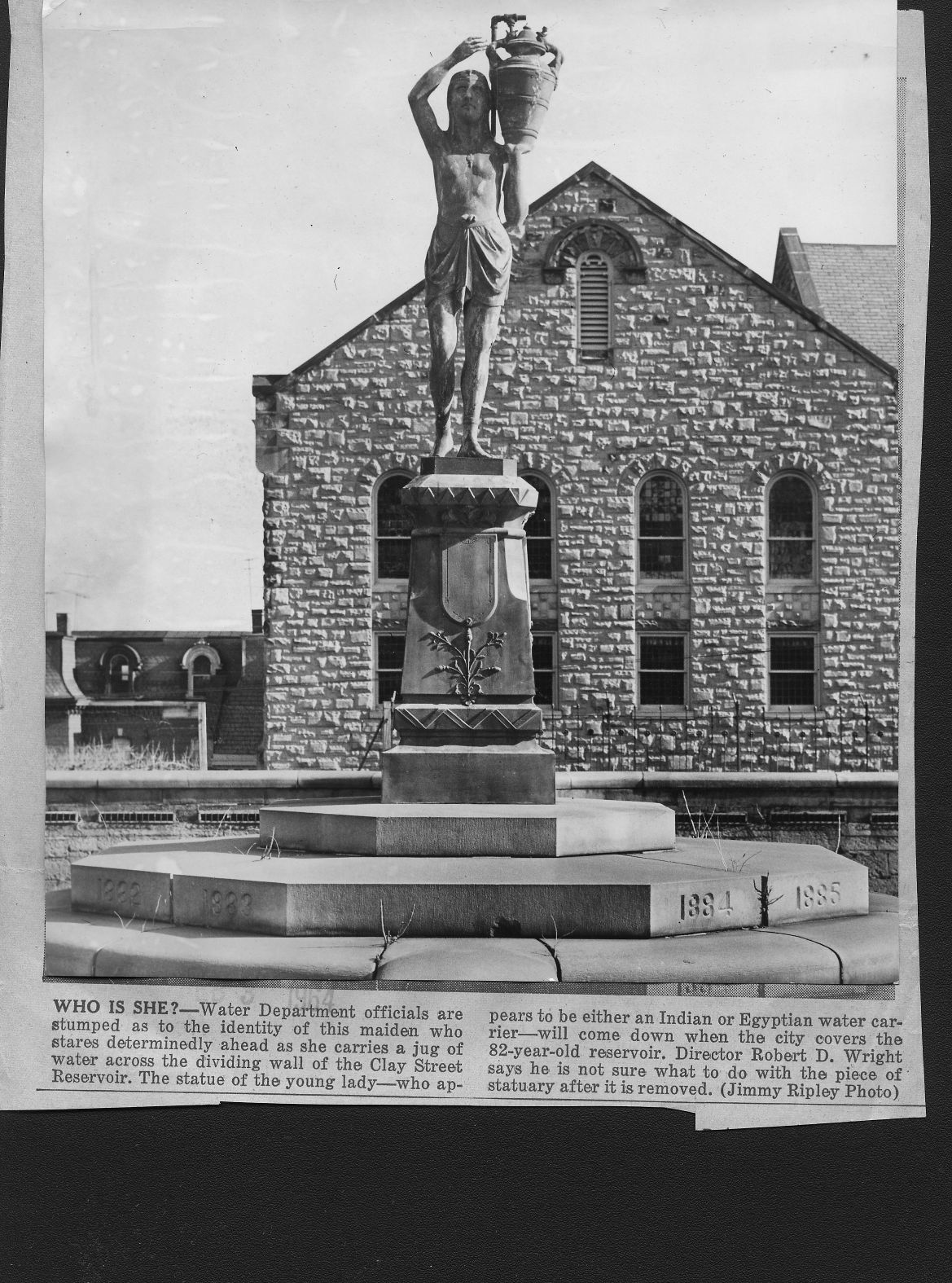 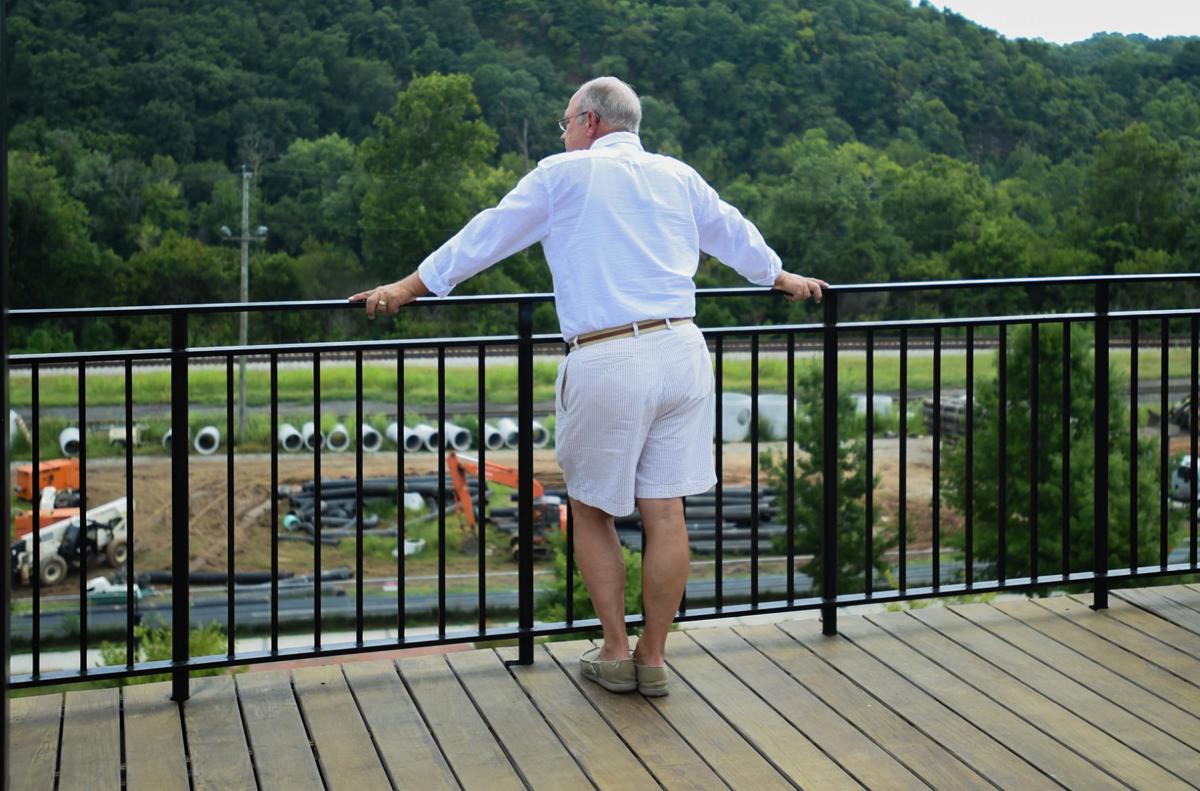 Jeff Schneider checks out the view looking north to the James River from the bluff walk.(Photo by Lee Luther Jr.) 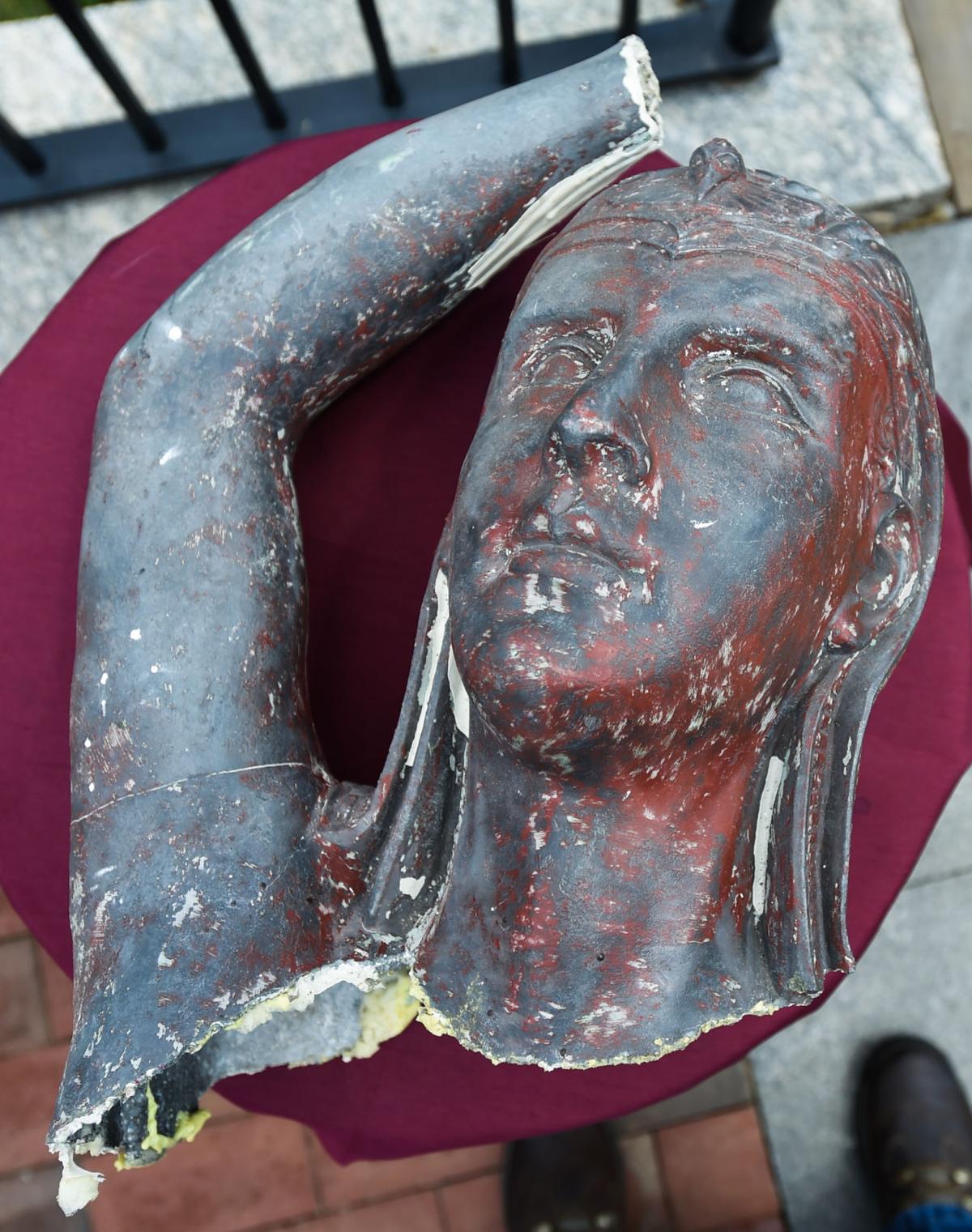 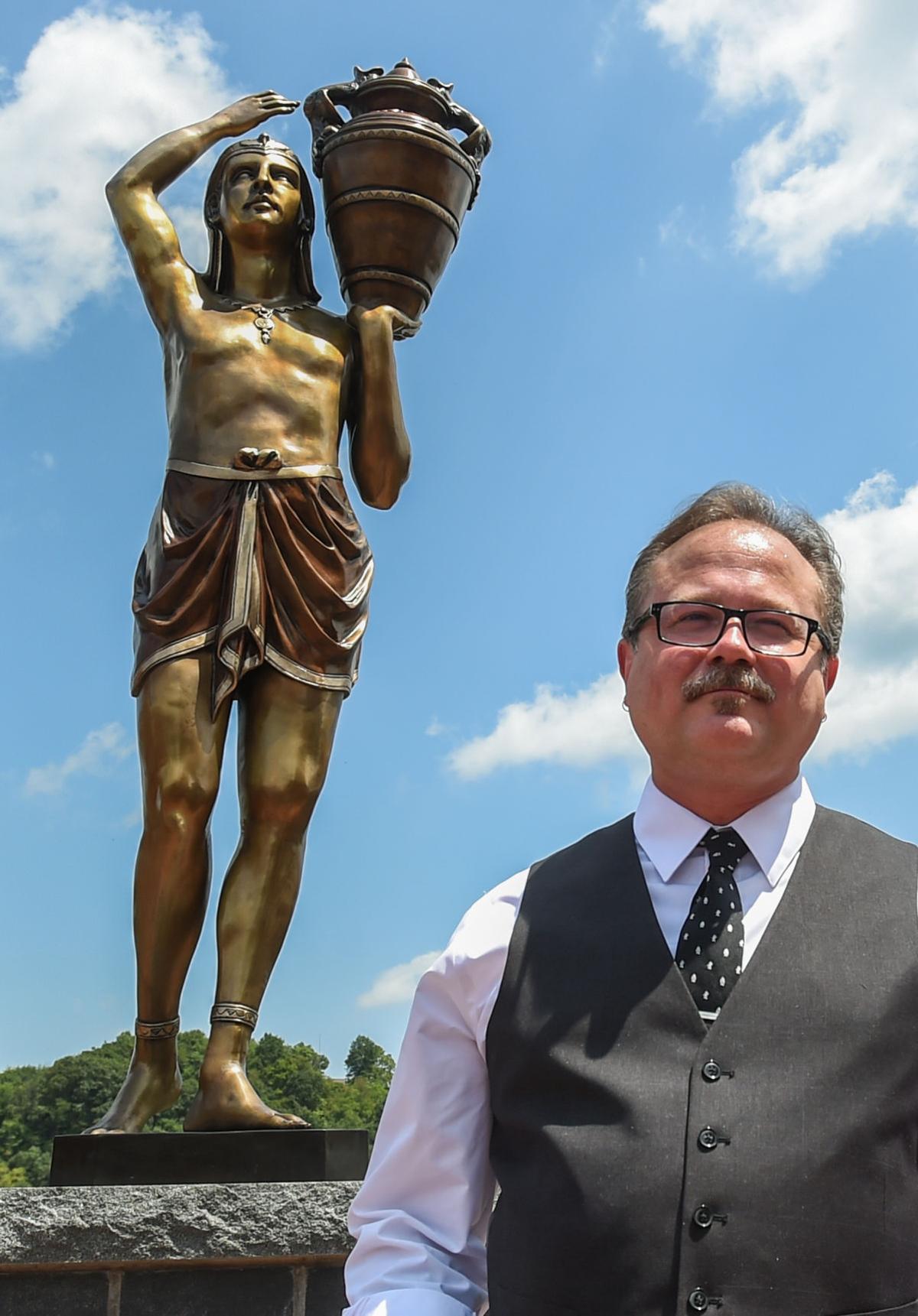 Artist Ken Faraoni stands alongside his bronze statue of the water bearer.(Photo by Lee Luther Jr.)

The bronze Water Bearer carried its burden undaunted by the heat of the afternoon sun.

The newly cast form of the androgynous figure, who some have called Greek while most now acknowledge as Egyptian, was unveiled Tuesday to a gathering on the city’s Lower Bluffwalk.

The reveal also served to accompany the grand opening of that pedestrian walkway, a $5.8 million effort aiming to serve as a revitalization tool for downtown.

Mayor Michael Gillette said Lynchburg has a rich history and the statue serves as the perfect melding of the city’s “cherished past and our exciting future.”

'The Water Bearer' 2.0: Historic Lynchburg statue gets a 21st-century reboot

Originally cast in zinc, the statue was purchased for $500 and placed at the former Clay Street Reservoir in 1883. It was the first public art in the city, according to Sally Schneider, executive director of the Lynchburg Historical Foundation.

But in 2012, the statue fell under its own weight and shattered. Certain load-bearing sections of the statue, such as areas of its ankles, were thin, said sculptor Ken Faraoni, who was commissioned with recasting the Water Bearer.

An arm of the Lynchburg Historical Foundation called Lynchburg Save Outdoor Sculptures! spearheaded a fundraising campaign for the Water Bearer’s reconstruction in 2013 and exceeded the needed $35,000. Owing to the original zinc material, a decision was made to recast the statue in bronze, “kind of a forever metal,” Faraoni said in an interview on Monday.

Step by painstaking step, efforts to recreate Lynchburg’s oldest piece of public art -- the Water Bearer, a life-size zinc figure purchased from a catalog in 1883 -- are coming together.

“Statues that are cast in bronze are still around for untold generations,” he said.

Formerly of Lynchburg, Faraoni restored the Listening Post, also known as the Doughboy, on Monument Terrace and the 2nd Virginia Cavalry marker in Miller Park.

On Monday, Faraoni called it an honor to be chosen to restore the Water Bearer.

“It’s a lot of responsibility that these amazing people in Lynchburg put on my shoulders,” he said.

“He created her in her original form. Artisanship is superb,” Schneider said. “And his passion for this lady is above anything else, and he is truly a master.”

With the James River flowing in the background, the Water Bearer welcomes visitors as they approach the Lower Bluffwalk’s 12th Street entrance. Construction on the pedestrian walkway between Commerce and Jefferson streets began in 2013 and was completed this year.

From time to time, there were some who spoke of the advantage of having a pedestrian mall or have suggested the closing of Main Street to vehicular traffic, Gillette said in his remarks.

“I want you to know that this Bluffwalk is going to be — already is becoming as we speak — exactly that sort of vibrant residential and commercial space where people can be able come to socialize, and meander and walk and not deal with traffic. This is our Lynchburg pedestrian mall,” Gillette said.

“This is going to be a fantastic new gathering spot for the citizens of Lynchburg in time, and I can’t wait to see what this develops into,” Hart said.

It was 186 years and two weeks ago that Lynchburg, then a city barely 50 years old, threw th…

While driving through Lynchburg on the way to visit their son at the University of North Carolina Asheville in 1999, Jeffery and Sally Schneid…

Jeff Schneider checks out the view looking north to the James River from the bluff walk.(Photo by Lee Luther Jr.)

Artist Ken Faraoni stands alongside his bronze statue of the water bearer.(Photo by Lee Luther Jr.)