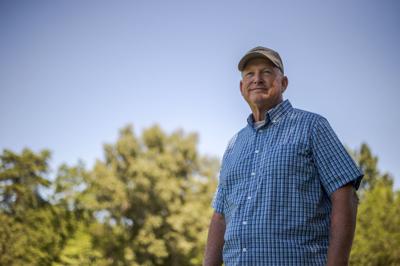 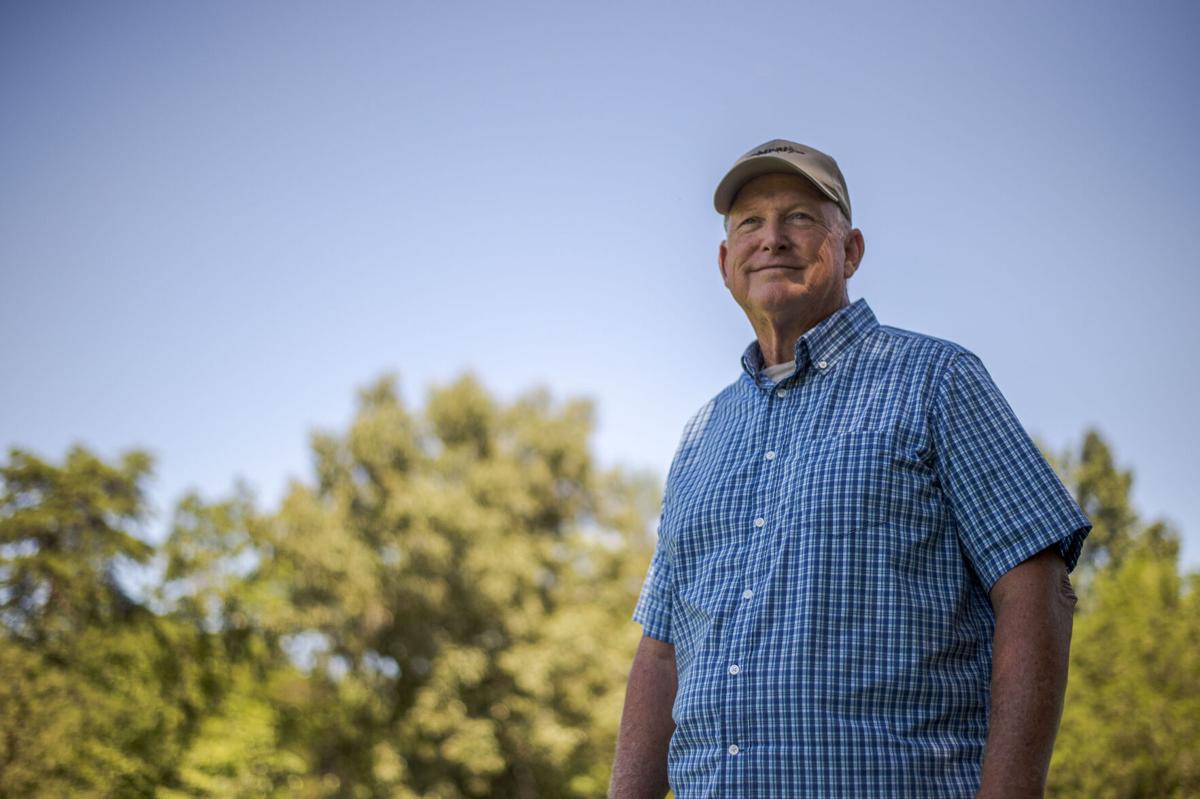 Army veteran Charles Reed poses for a photo at his home in Elon on Sept. 2. 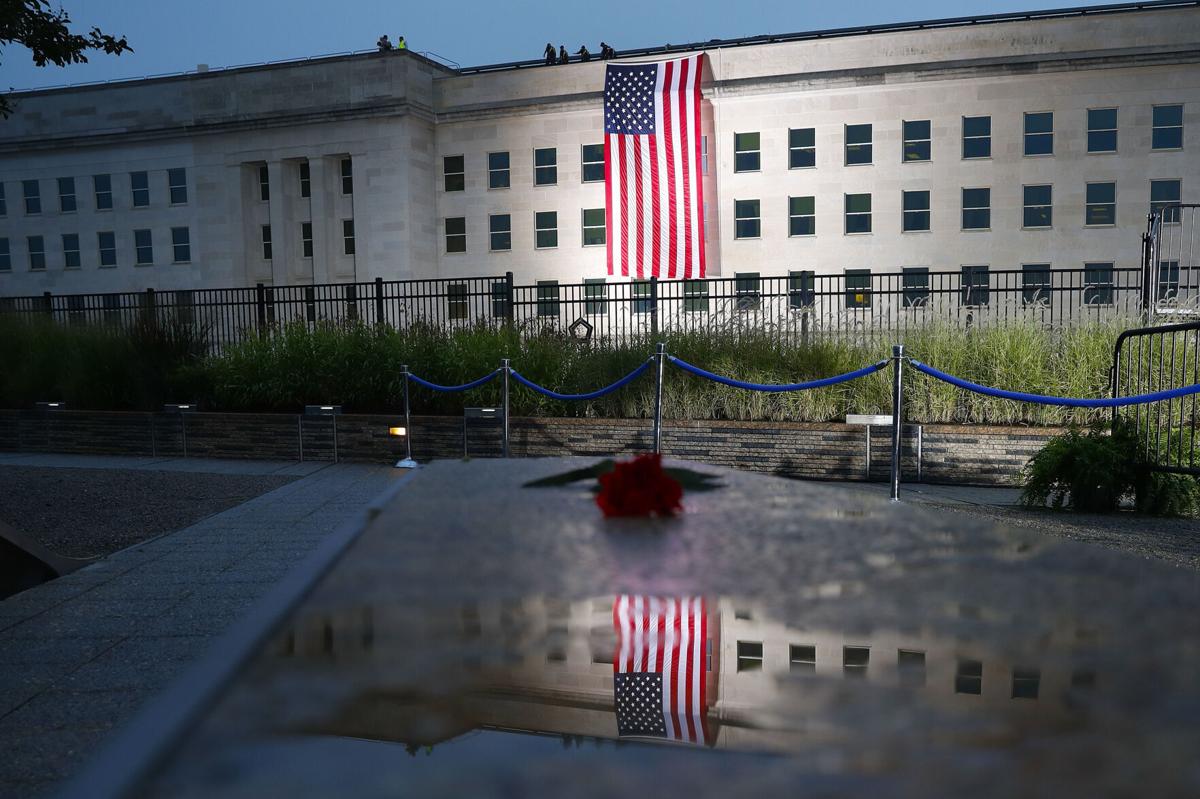 A U.S. flag is unfurled at sunrise at the Pentagon on the 17th anniversary of the September 11th attacks Sept. 11, 2018. 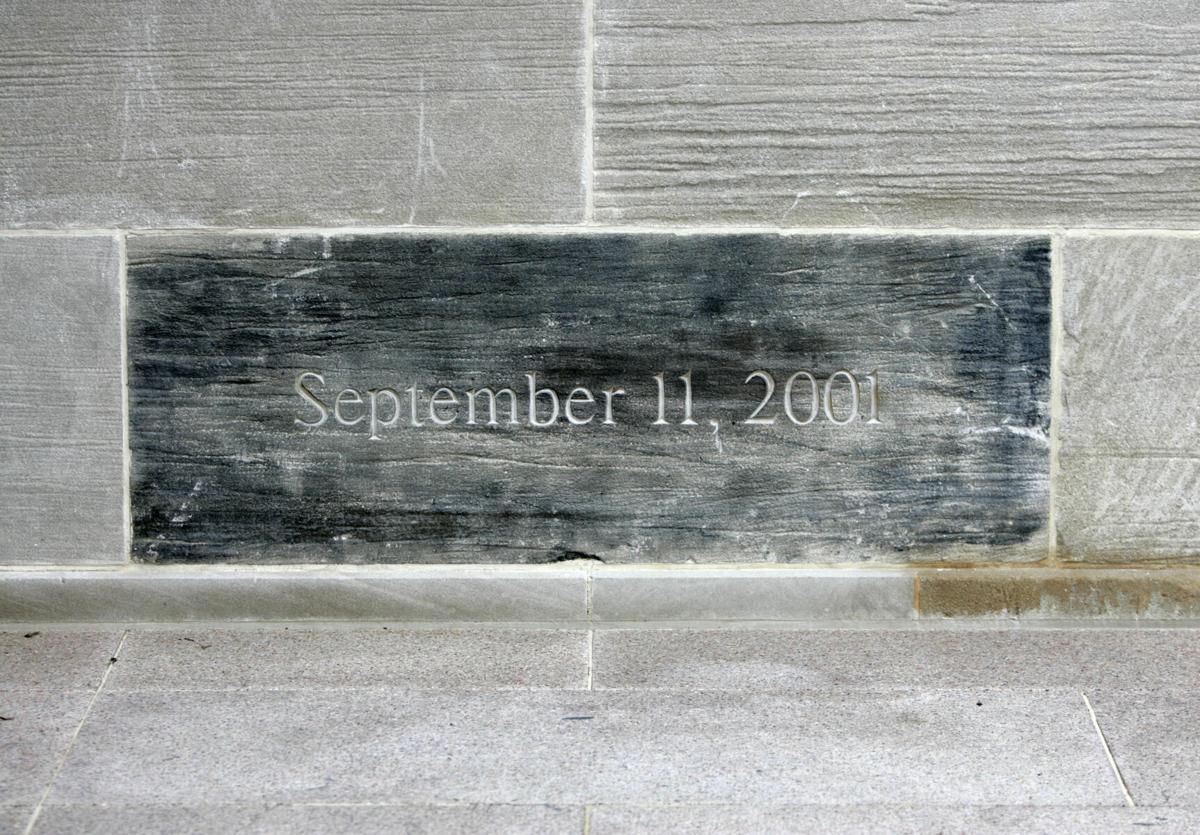 A charred piece of limestone salvaged from the terror attack where American Airlines Flight 77 hit the Pentagon is inscribed with the words “September 11, 2001” as seen on the fifth anniversary of the attack Sept. 11, 2006, in Washington. Behind the stone lies a time capsule to commemorate victims of the attack.

While the Sept. 11 terrorist attacks turned the world on its head, Charles Reed was on the phone with his wife from a secure location within the Pentagon.

Reed, a retired U.S. Army lieutenant colonel who currently resides in Amherst County, was working in the Office of the Secretary of Defense when the planes hit the World Trade Center. The second plane striking the other tower left no doubt in anyone’s mind in the room of military personnel that the country was being attacked and a major world event was happening, he said.

At the time, he had relocated to Washington, D.C. while his home was up for sale in Houston where he served as professor of military science at the University of Houston. He called his wife as workers were packing up their home for the move east because he knew she would be busy and not following news coverage.

“As I’m talking to her, I felt … this tremendous vibration within the building,” Reed said. “At that time, we knew something had hit the Pentagon.”

Reed remembers the Pentagon’s crisis action team immediately responding while he and others packed up secured devices and shut down the policy office where he worked on the building’s third floor between the fourth and fifth wing. The plane had just struck the Pentagon between the second and third wing and smoke was billowing down the hallways, he said.

As military and civilian workers crowded the hallways and made their way to the stairs, a lot of women were crying and choking on the smoke, he said. Some wanted to sit on the stairs but military personnel made sure everyone headed toward the exit.

Reed and others went to an area adjacent to where the plane flew into the building. He was highly familiar with the heliport because he flew in there frequently.

“It was an absolutely beautiful, beautiful fall day. The sun was shining, the sky was as blue as it could be,” he said of shifting his eyes toward the devastation. “You could see that black smoke. I was in the military for 32 years. That was the first time in my whole career I just felt helpless. The building is burning and the heliport and ambulances pulling people out. It was like there was nothing you could do.”

Reed said he and thousands of Pentagon workers spent hours in the mall area and were aware of another aircraft originally headed to Washington, which was crashed into a Pennsylvania field when some aboard fought the hijackers. His civilian clothes, house keys, wallet and other personal items were in the building but he was able to get back to his apartment where he saw the late Donald Rumsfeld, former secretary of defense, announce the Pentagon would be open the following morning.

The image of thousands of footprints in the soot-covered halls of the building is still seared into his brain.

He said the magnitude of the events that day and being so close to the tragedy is not lost on him.

“For a building that size and you can feel the shock and movement in the building [from the plane hitting], to me, is remarkable,” he said. “We’re lucky we didn’t lose any more in the Pentagon than we did.”

The American Airlines Flight 77 that flew into the Pentagon resulted in 189 deaths, including 125 on the ground and 59 passengers and crew. Overall 2,996 people were killed in the attacks, including the 19 hijackers.

Reed, who grew up in a military family and traveled a lot, considered the Lynchburg area home because of visits to see his grandmother who lived in Monroe. He was an infantry officer, an aviation officer and a foreign area officer with tours in Honduras, El Salvador, Uruguay and Colombia.

He also served two years in Korea and spent just less than three years in the Pentagon from August 2001 to 2003. After retirement he went to Afghanistan through private defense contractor work where he said he helped develop the ministry of defense.

“We helped build the Afghan commando units, formed into a brigade,” Reed said.

He said he has a pit in his stomach watching news coverage of the U.S.’s withdrawal from the country after two decades, which he called a “catastrophic failure.” Reed had been in Afghanistan from 2003 to 2009 and said he hoped the eventual withdrawal would succeed.

“I hoped the country would prosper with a democratic government,” Reed said. “The country was so different than any country I ever worked in. The illiteracy rate shocked me… education was probably the most important thing we could have brought to Afghanistan.”

He said he bought his house in Amherst County west of the village of Elon in 2001 and put an offer on it prior to Sept. 11.

“It’s an absolutely beautiful place,” he said of spending much time at Longview Farm and Vineyard, his property. “I’m really enjoying life by looking around and seeing the absolute beauty we have in Central Virginia.”

A grape grower who sells to wineries in Charlottesville, he said the vineyard is his hideaway. He remembers those working in the Pentagon who couldn’t get out that day and describes Sept. 11 as his personal Pearl Harbor.

“It’s something you do think about every day, especially when you come on the anniversary,” Reed said. “For me, I think about the thousands of people who lost their lives. I’m very fortunate.”

Had Danny Thornton's day gone as planned on Sept. 11, 2001, he would have been in a meeting across the street from the World Trade Center towe…

Lynchburg area changed in ways great and small in aftermath of Sept. 11, 2001

In the days following Sept. 11, 2001, people across the Lynchburg area began to adjust to a world that would never be the same.

Army veteran Charles Reed poses for a photo at his home in Elon on Sept. 2.

A U.S. flag is unfurled at sunrise at the Pentagon on the 17th anniversary of the September 11th attacks Sept. 11, 2018.

A charred piece of limestone salvaged from the terror attack where American Airlines Flight 77 hit the Pentagon is inscribed with the words “September 11, 2001” as seen on the fifth anniversary of the attack Sept. 11, 2006, in Washington. Behind the stone lies a time capsule to commemorate victims of the attack.