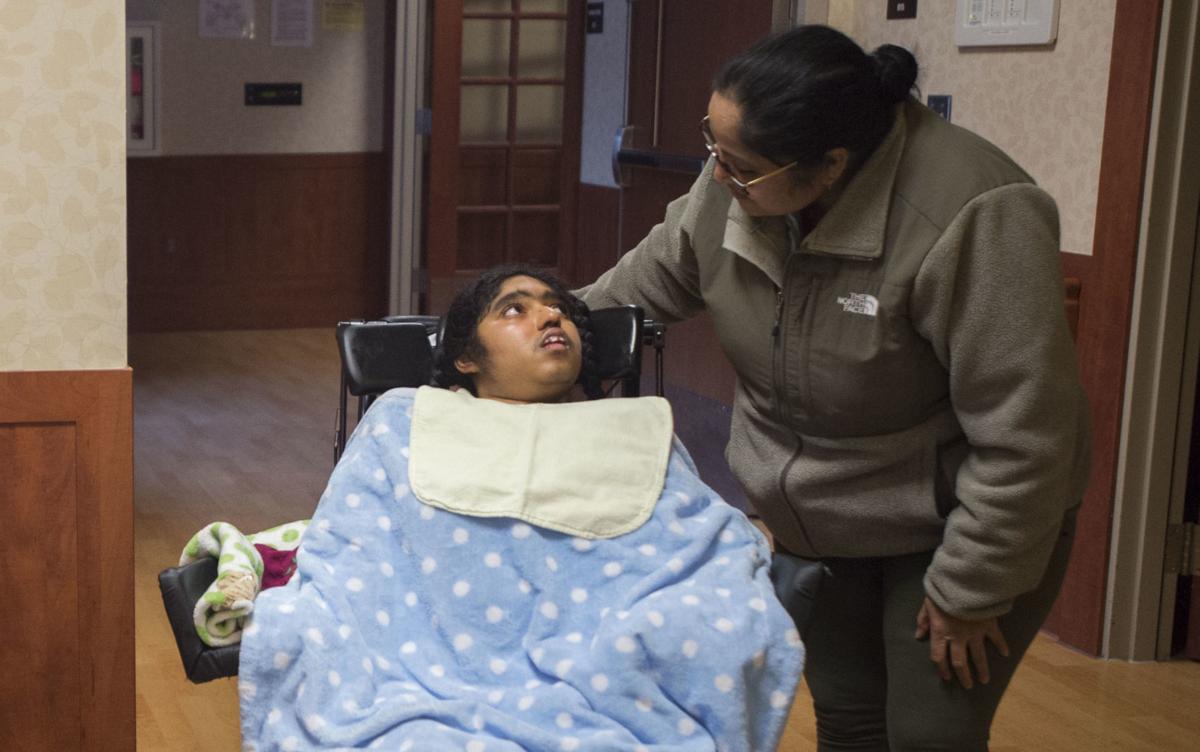 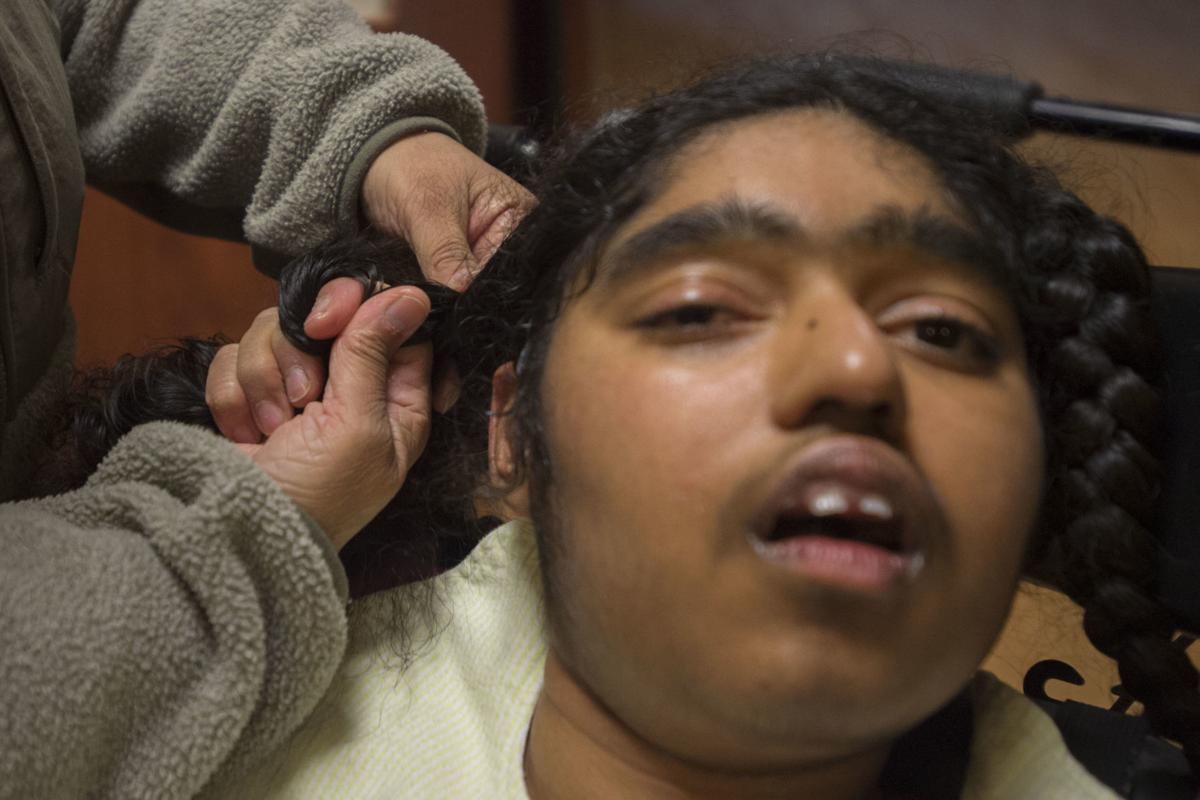 In this January 2019 file photo, Alisha Gupta gets her hair braided by her mother, Shashi Gupta, at Central Virginia Training Center in Madison Heights.

Alisha Gupta was the last resident to leave the Central Virginia Training Center in April 2020 after living there most of her life, since she has disabilities that necessitate constant care. Adjusting to her new home at Hiram Davis Medical Center in Petersburg was difficult, where routines her family had developed to care for and feed her were disrupted, their lawsuit states.

The coronavirus pandemic meant her parents, Atul Gupta and Shashi Lata, weren’t able to visit her, since many people at Hiram Davis have delicate constitutions. Atul Gupta said a visit this past August was the first time they were able to see her in person since the move.

The family follows Jain and Hindu religious traditions, which include a natural, vegetarian diet that should be consumed by hand and not by machine, as well as daily bathing and modesty standards, according to court filings.

Among other complaints in their lawsuit, the Guptas said caregivers at Hiram Davis switched Alisha to a diet that fails her dietary religious needs and haven’t given her access to a Hindu priest, despite providing a pastor on the campus daily.

Filed against the state of Virginia and a list of state officials a year before Alisha’s transfer — in anticipation of changes she’d be subject to at Hiram Davis — the case progressed in a legal volley, while the Guptas resorted to limited phone calls during the pandemic for talking to their daughter and monitoring her care.

Once the Guptas were able to start visiting Alisha regularly, they were able to build relationships with caregivers at Hiram Davis and “found common ground that made an accommodation solution possible” through a settlement, according to Bevin Alexander, the attorney representing the Guptas.

State officials agreed in the settlement to a specific menu for Alisha, delivered to her in a specific way and at times that align with her beliefs. They also agreed to a bathing and grooming regimen, giving her access to a family priest every day and to accept laundry that Alisha’s mother washes at a house she’s living at in Petersburg.

The agreement has certain emergency provisions, but requires caregivers to consult with the Guptas before making any changes to those parts of Alisha’s care. Alexander said any future issues in that process could come before the court to be decided.

Closure of CVTC’s Madison Heights campus was mandated in a judicial settlement years ago that directed state officials to move people with intellectual and physical disabilities into more community-based settings. Some supported the moves, while others, such as the Guptas and other families whose loved ones need similar levels of care, enjoyed what they found to be an attentive and personal atmosphere at CVTC.

Liberty football fans get a glimpse of Dominic Studzinski on the sidelines for three hours each week. They see the strength and conditioning c…

In this January 2019 file photo, Alisha Gupta gets her hair braided by her mother, Shashi Gupta, at Central Virginia Training Center in Madison Heights.