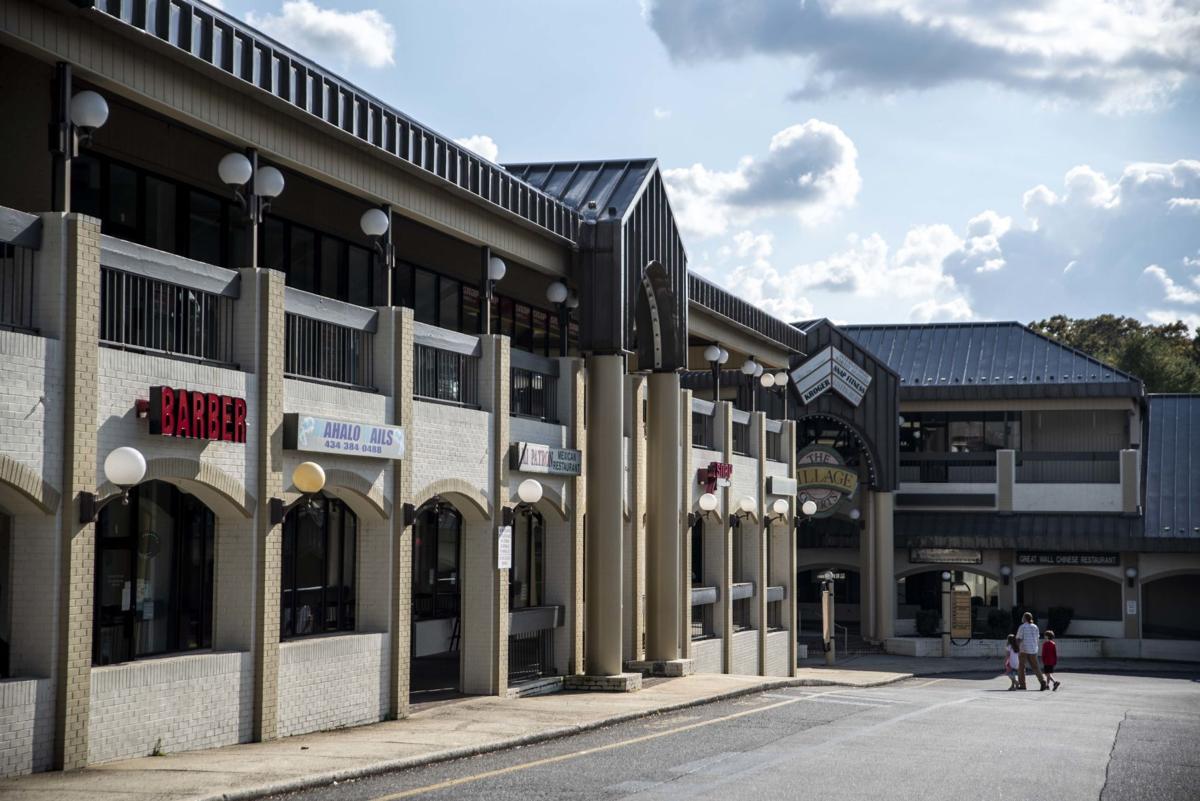 The Village Courts Shops that sit adjacent to the Kroger on Boonsboro Road in Lynchburg on Friday, Oct, 23, 2020. 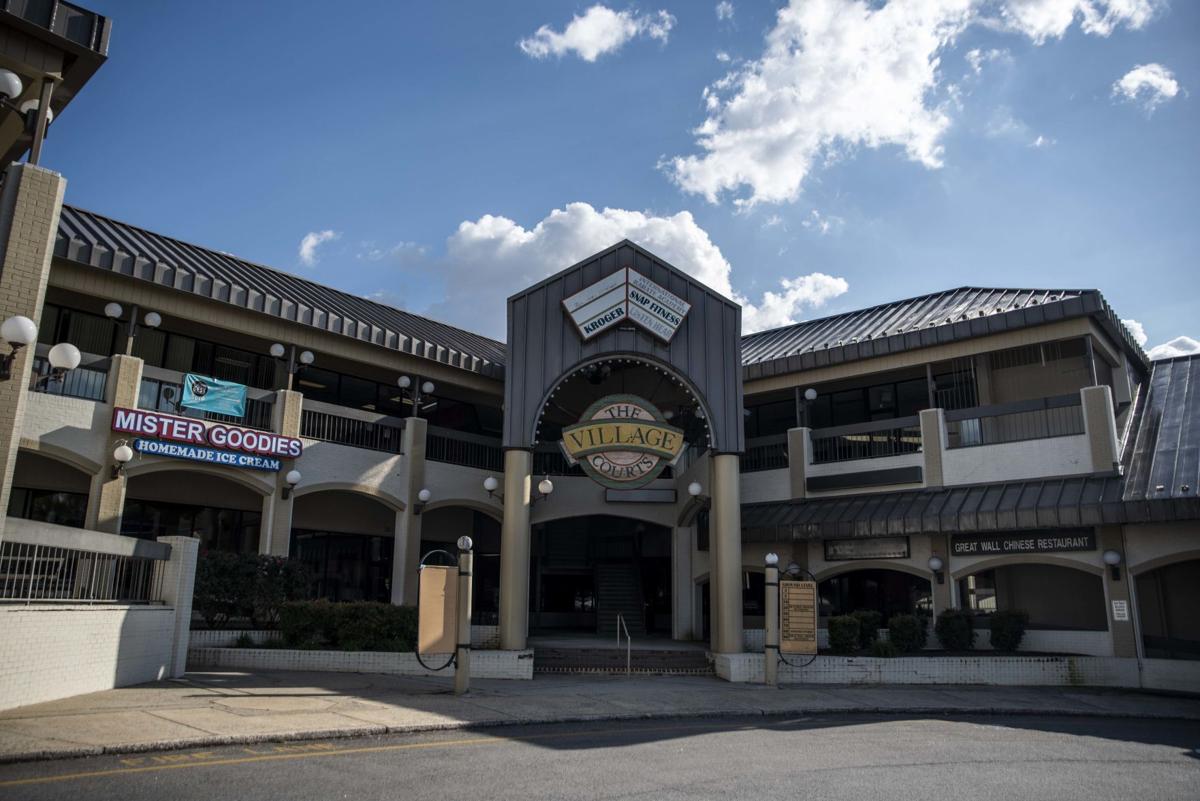 The Village Courts Shops that sit adjacent to the Kroger on Boonsboro Road in Lynchburg on Friday, Oct. 23, 2020.

Neighbors of the Boonsboro Kroger are voicing their concerns and oppositions against a planned fuel center on the site of the grocery store parking lot.

In January, the grocery store company submitted a site plan to the city to add a five-pump fuel center within the parking lot of the existing Kroger at the Village Courts Shopping Center at 4119 Boonsboro Road. The site plan states the pumps have dispensers on both sides, so there will be 10 total fueling positions.

Last year, property owner Midland Atlantic Properties submitted a site plan to the city that called for removal of a two-story building in the shopping center. The building at the time was home to small businesses including Mi Patron Mexican restaurant, Mister Goodies Homemade Ice Cream, and Snap Fitness, many of which have since moved to new locations.

Laura Craddock, organizer of an online petition on change.org, said after she wrote two letters to the editor for The News & Advance, more people she knew started talking about how they also did not agree with the addition of a fuel center.

“I had a couple people who reached out that were really upset, and I felt like we needed to at least try,” she said. “We know it’s David and Goliath but if we don’t try, we’re definitely going to fail.”

As a customer of Kroger, Craddock said she hopes the company will hear her voice along with the hundreds of others who have signed the petition since it was posted online Tuesday afternoon.

As of Thursday afternoon, the petition had nearly 700 online signatures.

“They need to listen to the people who use their store, and we are those people, and we don’t want it,” she said.

Ray Snead, a resident of Peakland Place, lives right across the street from the grocery store and said he is shocked that building a fuel center is even a permitted use in the property.

The Kroger is zoned Community Business District (B-3).

“And that zone allows a gas station to be built by right, which is problematic for the opposition because there’s no city control over what’s going to happen there,” he said.

There are two other gas stations located near the shopping center: Exxon and Marthan Gas.

He said the fuel center is surrounded by residential neighborhoods, as opposed to the other Lynchburg-area Kroger fuel centers, which are located on Wards, Timberlake and Forest roads — all commercial districts.

June Britt has lived off Boonsboro Road for more than 30 years and has seen the road grow into a busy thoroughfare as a major artery from downtown to points south and west.

“It remains a two-lane road, although traffic is extremely heavy, particularly in the morning and afternoon,” she said. “Access in and out of the Kroger store is already difficult and dangerous. The fuel center will only add to the traffic problem.”

She said the fuel center is an example of the type of construction that is inappropriate in a residential area.

If the fuel center is built, Craddock said, she no longer will patronize the Boonsboro Kroger.

“I like to save a dime like the rest of us, but I feel like our location is not the right location for a fuel center,” she said. “Timberlake Road, Wards Road, 221, four-lane road, primarily commercial. Boonsboro is a two-lane road, not primarily commercial, and across the street backs up to people’s houses, the shopping center itself backs up to people’s houses, and you’re talking about light pollution, increased traffic, and it’s just not the right environment for a fuel center.”

Allison McGee, corporate affairs manager for Kroger Mid-Atlantic, said Kroger has been working with the landlord at the Village Court Shopping Center on their plans to renovate.

“Our proposed updates are designed to help us serve our customers better and enhance the entire shopping center that, due to the pandemic, is more than 50% vacant and would be facing financial hardships without Kroger’s commitment,” she said. “It is our hope that the community will see the benefits of the upgrades and adding another fuel option to Boonsboro.”

Craddock hopes to reach 1,000 signatures and is planning to send the petition to Kroger.

“We absolutely deserve the right to have our concerns heard, and just because Kroger is a huge corporation and we’re just in Lynchburg doesn’t mean what we have to say isn’t important and they shouldn’t listen,” she said.

Vice Mayor Beau Wright said while the owner of the property has every right to develop the fuel center within its current zoning designation, he hopes Kroger hears and takes into account the very real concerns neighbors are raising.

John Silverman, managing principal of Midland Atlantic Properties, which owns the property, said he has heard various concerns from neighbors about light pollution and lack of landscaping, all of which are being fixed.

“Neighbors asked us to add additional landscaping to block the view to adjacent neighborhoods; we did that; we added site-proof fencing and fixed storm sewer issues,” he said.

All of these have been fixed within the past month, he said.

“Kroger is a very good corporate citizen, as is Midland Atlantic,” Silverman said. “The concerns that were expressed to us, we have agreed to address every one of them.”

It began when the caretakers of the Cloverlea Farmhouse at the Claytor Nature Center in Bedford decided it was time to clean out the attic.

On Monday, the Bedford County Board of Supervisors unanimously approved two resolutions allowing the county Planning Commission to initiate several amendments to the county's zoning and subdivision ordinances.

All Bedford County public schools will be closed Wednesday, and the day will be a remote learning day for students.

The Village Courts Shops that sit adjacent to the Kroger on Boonsboro Road in Lynchburg on Friday, Oct, 23, 2020.

The Village Courts Shops that sit adjacent to the Kroger on Boonsboro Road in Lynchburg on Friday, Oct. 23, 2020.