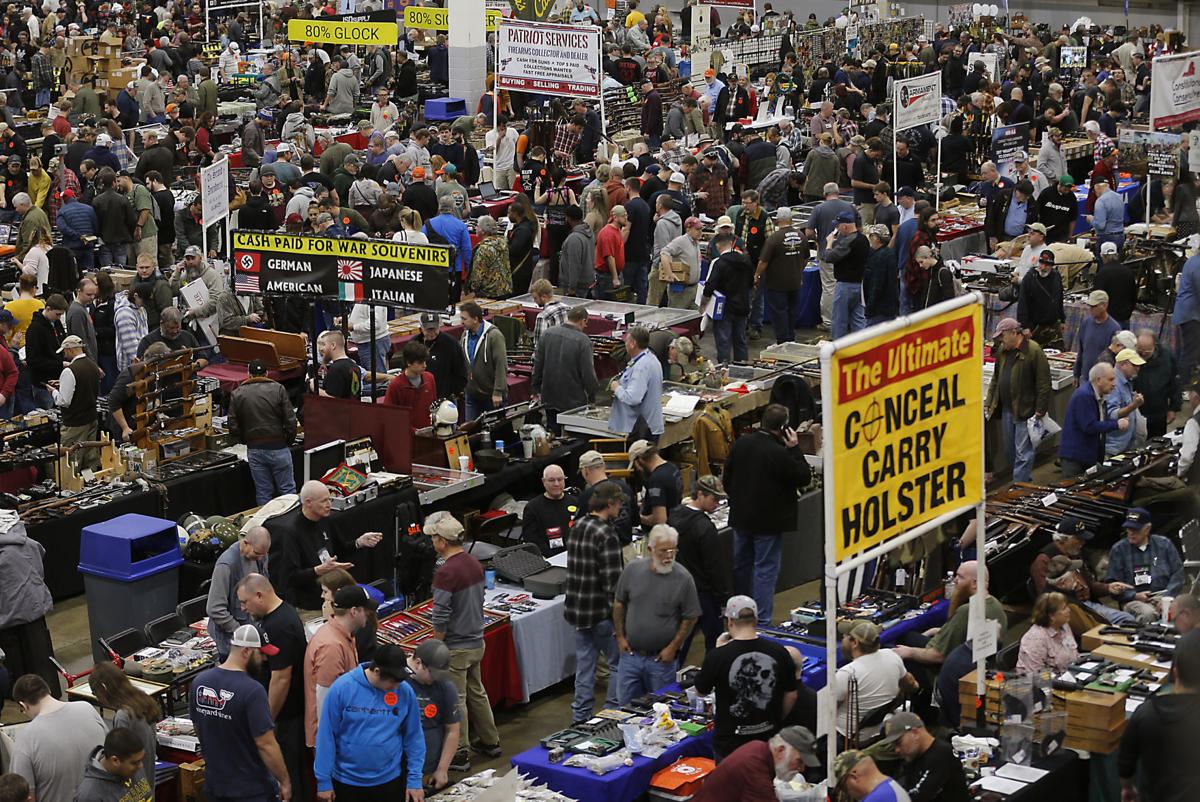 RICHMOND — Virginia’s new universal background check law will center on the private sales of firearms, requiring nearly all gun transactions to be monitored by the state. The new law went into effect Wednesday.

Commercial sales of guns by licensed firearms dealers in Virginia have required background checks of prospective buyers for decades.

But private sales — between two parties or unlicensed sellers and their customers at gun shows — have not required a check of the buyer for a felony conviction, an involuntary mental health committal or an active protective order for alleged abuse or violence, in addition to several other disqualifying factors that were written into law for commercial sales.

Now they will — unless a lawsuit filed last week by gun rights activists to temporarily halt its implementation succeeds. The six plaintiffs, including the Virginia Citizens Defense League, argue the law violates residents’ constitutional rights by making them subject to background checks. A hearing is set for today in Lynchburg.

The Virginia attorney general’s office said similar laws have been continually upheld in court elsewhere and expanded background checks are critical to ensuring guns stay out of the hands of dangerous people.

The Virginia Firearms Transaction Center, which electronically conducts the checks on all firearm sales, projects that the new law will cause the volume of checks to increase statewide up to 10% during the first year. A total of 484,550 transactions were conducted in 2019.

“We looked at Colorado and Washington state and they both do mandatory private sales [of firearms], and their numbers are relatively close to Virginia’s,” said Michael Matthews, senior supervisor of the firearms transaction center. “And both of those states saw between an 8 and 10% increase the first year of transactions.”

Like those states, Virginia now requires universal background checks at the point for all sales and transfers of firearms, whether they are purchased from a licensed dealer or an unlicensed seller. However, a family member who owns an existing firearm and wishes to give it to another family member as a gift — such as a husband to his wife — will remain exempt.

That now includes all transactions at Virginia gun shows, where sales between private, unlicensed sellers and buyers were previously exempt from mandatory background checks.

In 2016, the Virginia General Assembly passed a measure designed to deter private gun sales to buyers who could not pass a background check by positioning Virginia State Police officials at every gun show to perform voluntary checks at the behest of unlicensed private sellers who lack access to the state database used by licensed firearms dealers.

But the voluntary checks are rarely requested.

Private sellers at the hundreds of gun shows held across the state between July 1, 2016, when the law was enacted, and Dec. 31, 2019, requested only 191 voluntary background checks on their customers during that period, according to firearms transaction center data. Only seven people were denied the purchase of a gun.

Police keep no record of the number of firearms sold at gun shows by private, unlicensed sellers. But a firearms transaction supervisor previously has said that the number is relatively low — estimated to be 15 to 20 sales during a typical weekend gun show.

Many private sellers said they ask for identification to verify a buyer’s Virginia residency and keep records of their sales. Some have said if they had any questions or uneasiness about the person to whom they were selling a firearm, they would seek a background check.

Outside of gun shows, if a Virginia resident who is not licensed to deal firearms wishes to sell a gun to another person — such as a neighbor or friend — a background check must be performed on the buyer before he or she can obtain the weapon.

To facilitate that transaction, a private seller can take the firearm to a licensed dealer to have the background check performed on the buyer for a fee not to exceed $15. The fee generally charged is $2 for a state resident and $5 for a non-Virginia resident.

In early May, state police sent a letter to all of Virginia’s active licensed firearms dealers notifying them that they were eligible to conduct private sale transactions in the same manner the dealers conduct background checks for sales of firearms in their inventory.

Because state police anticipated they would receive numerous inquiries from the public about which firearms dealers would assist with private sales, the department has posted a list on its website that includes all dealers who would like to be identified as participating in private gun transactions. As of last week, more than 160 dealers had asked to be included.

“If a dealer is not on the list and wants to do a private sale transaction, they’re free to do it,” said Capt. Keenon Hook, commander of Virginia State Police’s Criminal Justice Information Services Division, which oversees the firearms transaction center.

“There’s not a registration with us — they’re free to do what they want to do,” Hook said. “They can be on the list and say no, I’m not doing that anymore. Or not be on the list and do it anyway. It really is just for public convenience so the public can know the dealers when they need to do a gun transaction.”

Hook said state police are not set up for the public to come to department offices “en masse” to conduct a background check for a private sale.

“That’s one reason the [law] was implemented the way it was, to allow the licensed network dealers to absorb the volume of transactions, and get compensated for what they do,” Hook said.

However, Hook said the law will be enforced when authorities learn of transactions between parties that don’t comply with the background check requirement.

“I think it’s going to work out like a lot of other laws on the books,” he said. “When law enforcement is made aware through one means or another that somebody did not comply with the legal requirements, of course at that point we would initiate an investigation to enforce it.”

“That can happen in a variety of different ways,” he said. “It could happen because we encounter a gun later and realize that the person possessing the gun is not the same person who purchased the gun — through an investigation or however that might happen.”