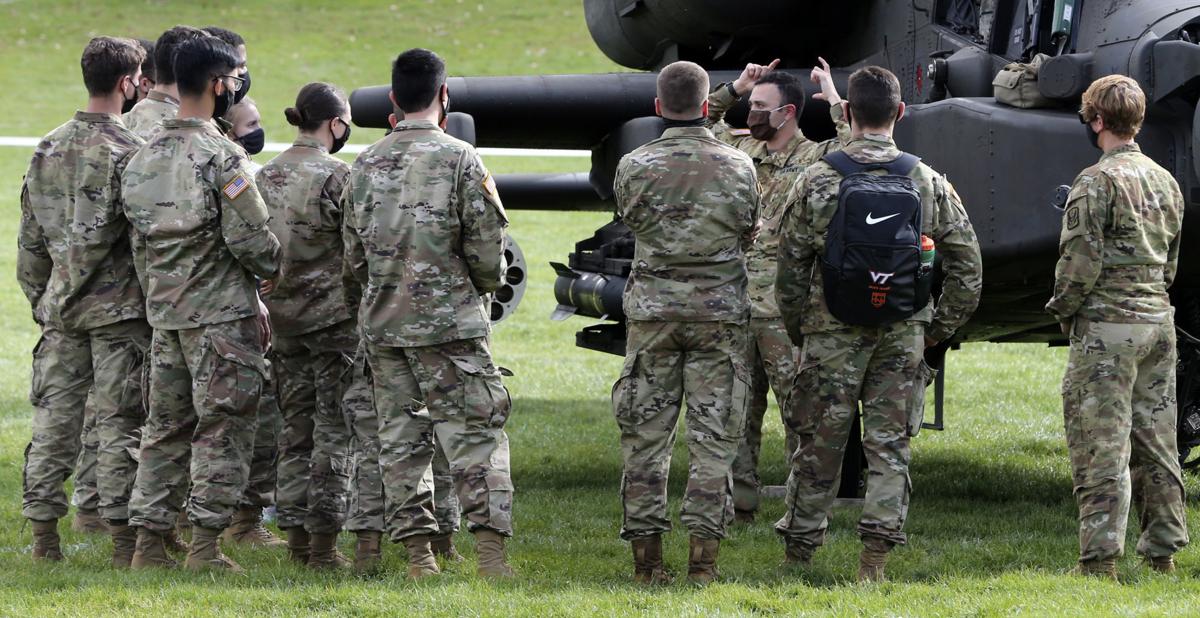 Members of the Corps of Cadets gather around a helicopter pilot during its trip to campus in 2020. Virginia Tech has recently settled lawsuits brought by former cadets who were suspended after a 2019 blood-pinning ritual. 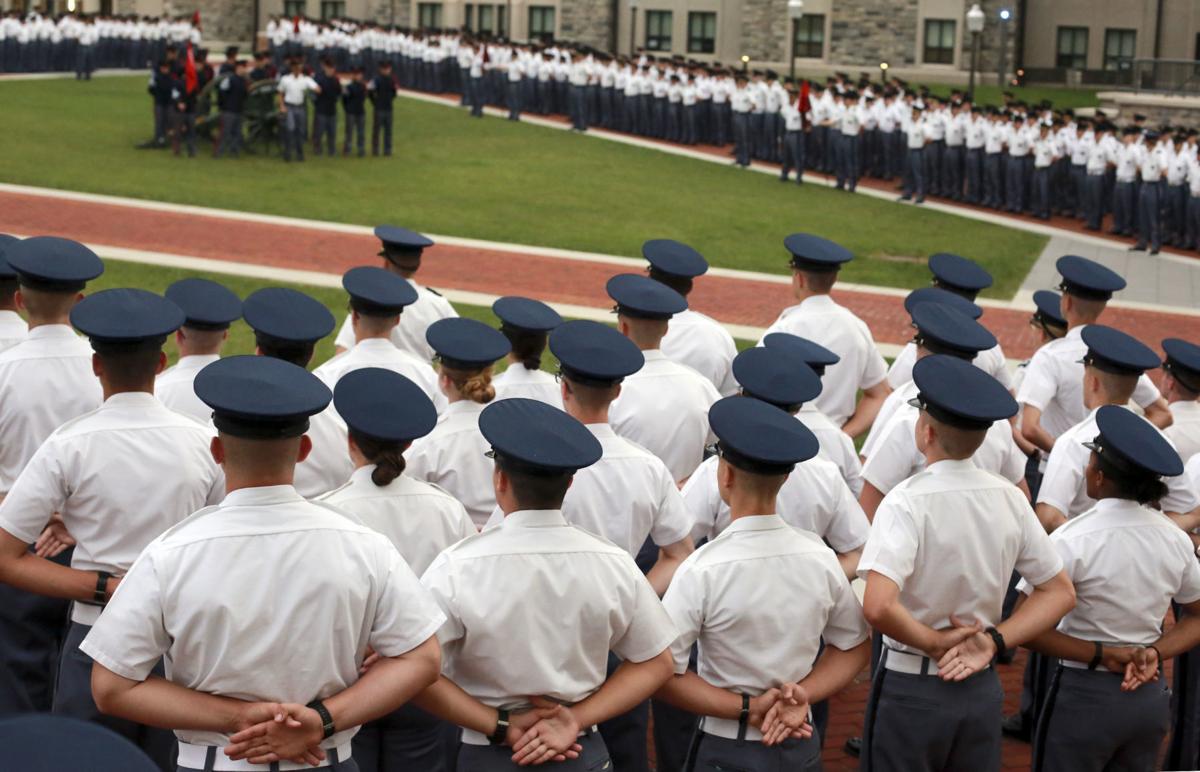 The federal civil suits against the university alleged the cadets’ constitutional due process rights were denied when the university suspended a dozen students for at least one semester during a joint conduct hearing.

Tech disciplined the students for violating the university’s hazing policy after an October 2019 sophomore initiation rite when a group of cadets hiked a mountain, held a bonfire and tapped military pins into their chests in a practice known as blood pinning.

“In short, Virginia Tech is pleased with the outcome,” said Mark Owczarski, a university spokesman, in an email Friday about the lawsuits. “The outcome affirms, as we have discussed from the beginning of these cases, that the policies and procedures of the Corps of Cadets, Student Conduct Office and Office of Student Affairs are sound, and the actions taken by members of those campus units have been consistent with those policies and procedures.”

The first lawsuit, brought by Darrien Brown, ended in an undisclosed settlement in February 2020. Several cases were resolved in October, and the most recent lawsuit, brought in July by former cadet Liam J. Rupkey, was settled last month.

Court records do not provide details of the settlements. The university and two state agencies that handle legal payments to plaintiffs said they have no records that Tech compensated any of the cadets. In the lawsuits, some of the students said the university punishment could imperil their military commissions and scholarships and had asked for compensation to be determined at trial.

Court orders dismissing the cases, due to the settlements, noted that each party would pay their own costs and attorney fees, which plaintiffs had also asked the university to pay.

Owczarski said the university has no plans to change any of the policies and procedures that govern how the Corps of Cadets and Student Conduct Office operate.

“And again, given the outcome, we do not anticipate any further litigation because, again, our policies and procedures and how we manage these programs has been affirmed,” he wrote.

Roanoke attorney Rob Dean, who represented five of the plaintiffs, declined to comment.

Two of the cadets — Brown and Christopher J. Dana — have since graduated from Tech. Both earned bachelor’s degrees in December, according to Owczarski.

Plaintiffs Joshua Gunther and Kyle Williams are currently enrolled and are members of the Corps of Cadets, Owczarski said. Rupkey is enrolled at Tech but not involved in the Corps.

“I can tell you that the decision not to return to VTCC was his,” said Rupkey’s attorney, Joshua Farmer, in an email. “There is nothing preventing him from returning to the Corps, if he wanted to.”

The enrollment status of the other two students who sued the university — identified only as “John Doe” and “John Doe II” in court records — is unknown.

The lawsuits stemmed from the 2019 gathering when about 21 junior and senior cadets led 20 sophomore cadets on the voluntary sophomore integration event, according to court records. Cadets performed calisthenics, went on a 4-mile hike and engaged in the blood-pinning ritual around a bonfire. Afterward, some of the cadets went to Cook-Out.

An unnamed participant’s allegation that the trip constituted hazing prompted a university investigation, according to the lawsuits. The suits alleged the university’s handling of the original complaint and its conduct hearing were improper.

Lawyers who sued Virginia Tech on behalf of former cadets blasted the university on Sunday, alleging that its statement about the cases violated the confidentiality provisions of the settlements.

Members of the Corps of Cadets gather around a helicopter pilot during its trip to campus in 2020. Virginia Tech has recently settled lawsuits brought by former cadets who were suspended after a 2019 blood-pinning ritual.