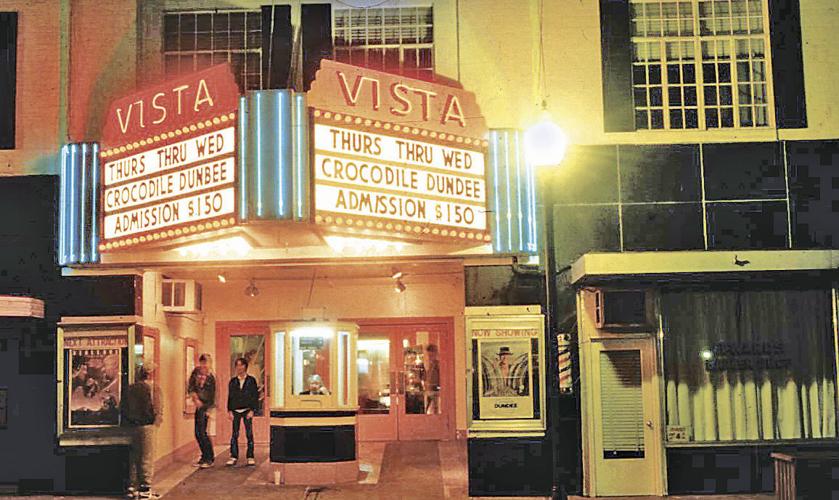 This 1987 file photo shows the Vista Theatre in downtown Altavista. 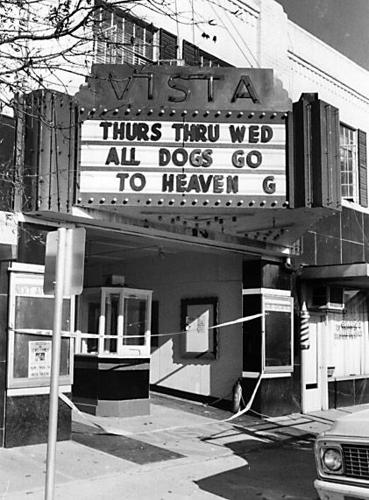 This file photo from Jan. 4, 1990 shows the exterior of the Vista Theater blocked by tape following a fire that damaged the interior of the structure. 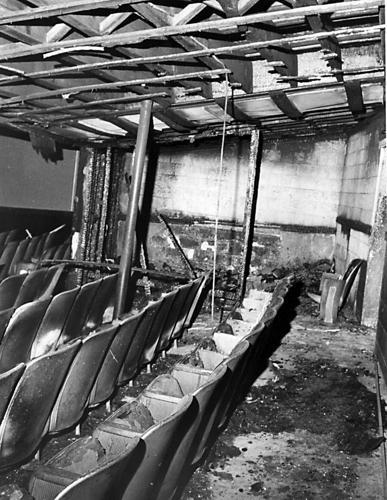 This Jan. 4, 1990 file photo shows damage to the interior of the Vista Theater in Altavista.

After years of hoping to obtain Vista Theatre on Main Street in Altavista, the town of Altavista has purchased the property for $265,000.

Vista Theatre opened for operations in 1936, serving as a cinema in downtown Altavista for decades. At the landmark a couple could see a film and get a bucket of popcorn for less than $5 in the 1980’s, according to The News & Advance archives. Although its balcony eventually closed, locals continued to flock to the theater’s 600 plush velvet seats where legroom was plentiful.

Over the years, the venue was also used by various community clubs and societies, and even hosted a few swimsuit competitions, said Mike Hudson, executive director of Avoca Museum in Altavista, who studies local history.

Despite a fire in 1943 — a spotlight set the screen curtain on fire — owners worked quickly and reopened the theater just two weeks later. By the early 1970s though the theater’s insides had fallen into disrepair and the screens were filled mostly with slasher films. After a fire gutted the bijou-style theater on Christmas Eve, 1989, Hudson said, operations closed down, and the building has stood in relative disuse ever since.

The owner at the time, Todd Mattox, said the fire consumed everything in the auditorium, according to newspaper archives. It was not insured and was too costly to repair.

For more than two decades, Altavista Town Council has expressed interest in buying the two-story property and restoring the once-grand Vista Theatre into an entertainment venue, said Altavista Mayor Mike Mattox. Re-opening such an attraction could draw more artists and visitors to the town, and potentially create a handful of jobs. The town’s location off U.S. 29 makes it accessible to artists and travelers passing through, Mattox added, creating an ideal location for such a venue.

The town hopes to restore the theatre with the help of grant money.

The purchase totaled $265,000, Altavista Town Manager Waverly Coggsdale said. A contract has been signed by the town and West, and Altavista will officially take possession of the old 14,000 square-foot theatre in nine months, giving the previous owner time to prepare for the transition.

Emerson said the current vision is to restore the theatre’s façade and help it look as it once did, complete with classic marquee lights. Usage of the venue may allow for multiple functions, including traditional movie screenings and a stage for live entertainment such as music and plays.

Immediate next steps will be building inspections, getting everything up to code, and having an engineering study done as the town considers exactly what it will do with the property, Mattox said.

Police on Friday said one person died after a two-vehicle crash in Campbell County but did not immediately release the name of the deceased.

A Lynchburg man was sentenced Friday to 30 years in prison for distributing "large quantities" of heroin, methamphetamine and cocaine, federal…

Downtown Lynchburg restaurants in the spotlight with new cookbook

Amateur home chefs now have the chance to try their hand at recreating recipes from their favorite downtown Lynchburg restaurants.

This 1987 file photo shows the Vista Theatre in downtown Altavista.

This file photo from Jan. 4, 1990 shows the exterior of the Vista Theater blocked by tape following a fire that damaged the interior of the structure.

This Jan. 4, 1990 file photo shows damage to the interior of the Vista Theater in Altavista.