Watch Now: University of Lynchburg looks to better serve community with new initiative
Share this
1 of 2 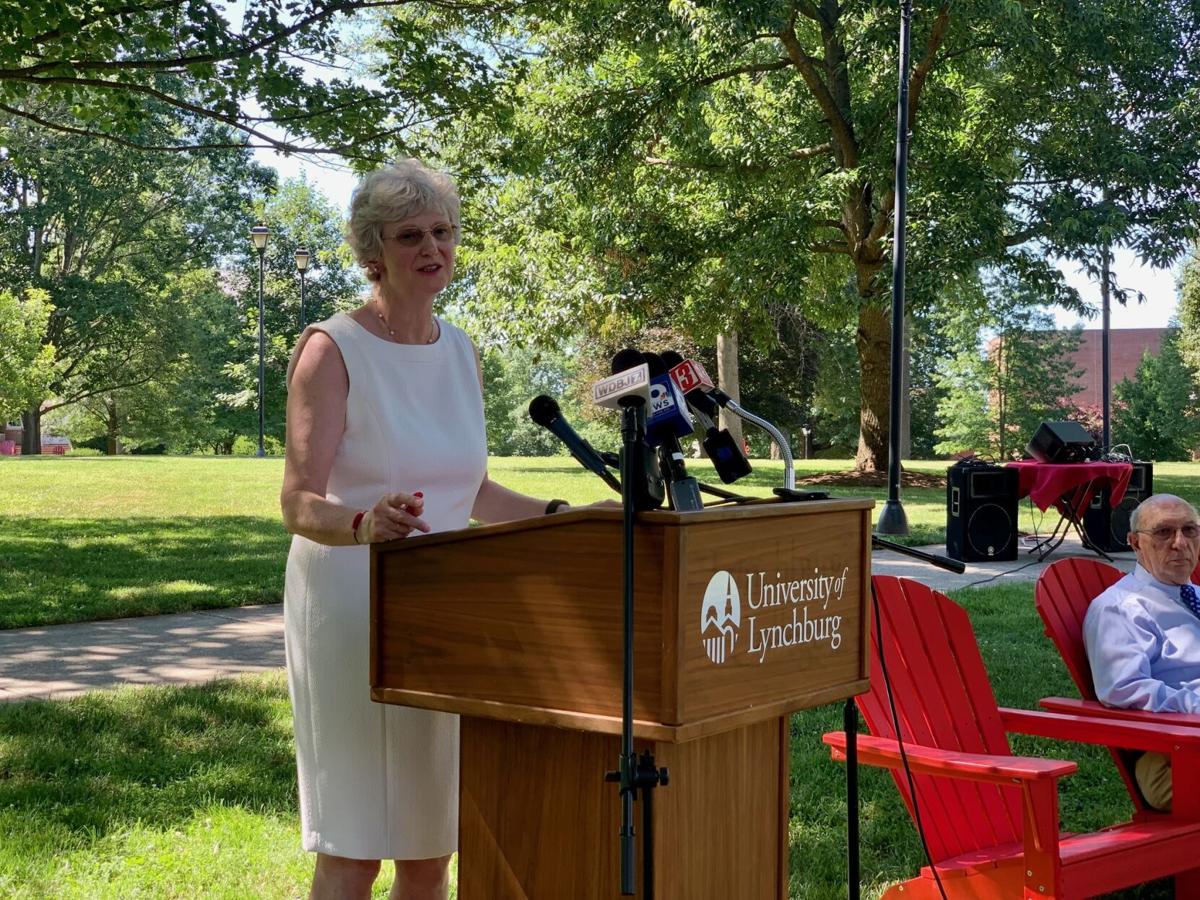 Alison Morrison-Shetlar, president of the University of Lynchburg, speaks at a news conference Wednesday at the university. 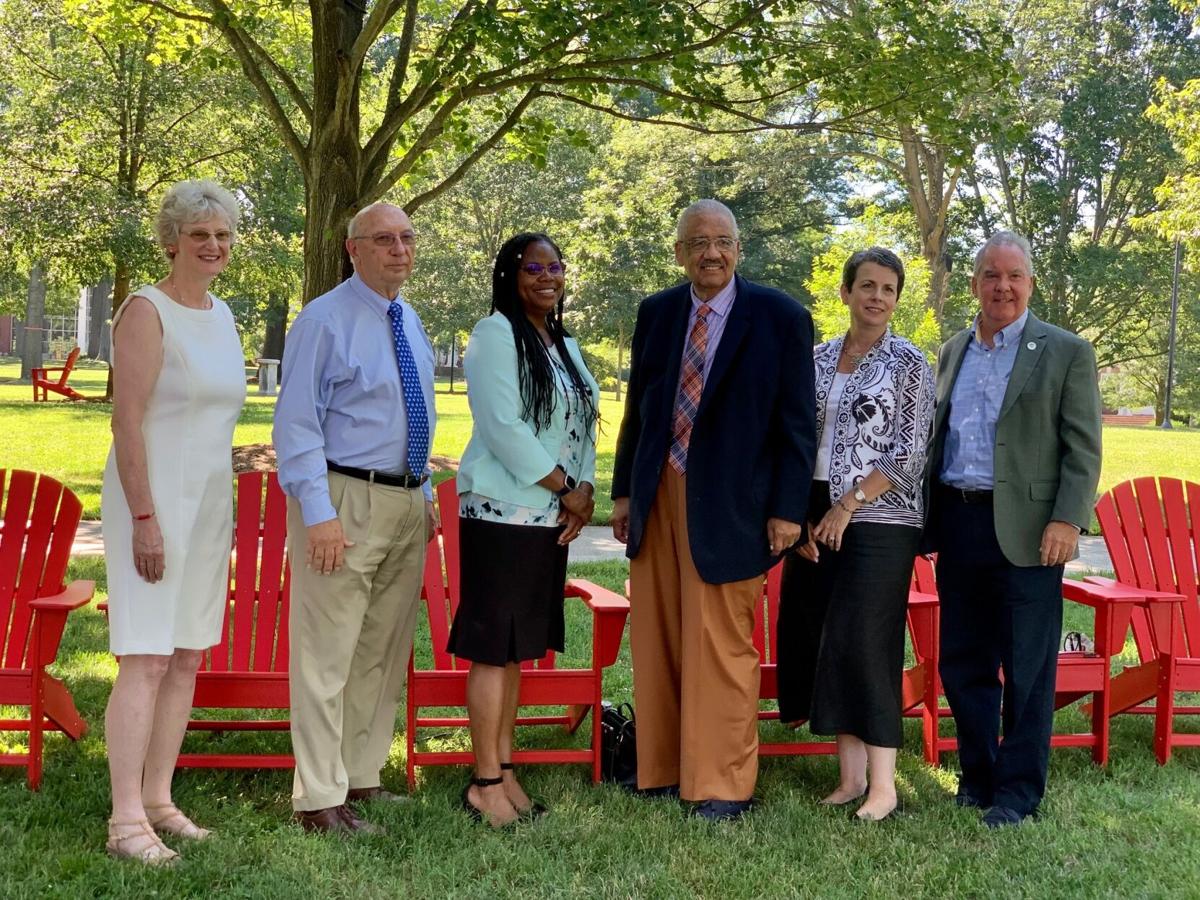 The University of Lynchburg announced Wednesday an initiative it hopes will help the city thrive: Lynchburg Tomorrow.

The project, housed by the university, looks to identify and meet the needs of the city by bringing together organizations, nonprofits, agencies, schools, faith-based institutions, businesses, citizens and other resources.

Alison Morrison-Shetlar, president of the university, said the collaborative initiative has been in the works for much of her nearly one-year tenure with the university.

“Lynchburg Tomorrow is about leveraging resources through a collective impact and asset development model to support the success of the city,” Morrison-Shetlar said.

The Lynchburg Plan, a work plan outlining the city’s plans and goals for fiscal years 2020-2024, calls on institutions in the city to step up and try to make a difference in the community, said Roger Jones, co-director of the Center for Education and Leadership, associate provost and dean of graduate studies, and director of the Doctor of Education in Leadership Studies program at the University of Lynchburg. Jones is a member of Lynchburg Tomorrow’s steering committee.

“It’s been a long-time dream of many of us for the University of Lynchburg to really establish itself as a really core anchor institution within the city of Lynchburg,” Jones said. “And that’s what we want to do as a university is step up as an anchor institution and solidify our presence by helping city council, city government, schools, organizations ... to really drive this city.”

Through hands-on service as well as data analysis and research, Lynchburg Tomorrow is working to identify areas in the city where food insecurity and lack of access to health care are most prevalent, and reimagine ways to use community resources and partnerships to address those issues.

“This is not in the talking stages anymore,” Jones said. “This is actually creating an opportunity for the University of Lynchburg to be actively engaged in very meaningful ways.”

Bill Bodine, president of the Greater Lynchburg Community Foundation, said the foundation provides about $2 million in grants to the region annually. Becoming involved with Lynchburg Tomorrow’s efforts, Bodine said the foundation can ensure its participation goes further than writing checks.

“This effort is critically important to us, to me and to our donors, in terms of making sure that we not only give out the checks in the hope that we are improving things, but that we can measure our progress,” Bodine said.

Another member of Lynchburg Tomorrow’s steering committee is Owen Cardwell, co-director of the Center for Education and Leadership and Rosel Schewel Distinguished Chair in Education at the university and pastor of Diamond Hill Baptist Church. Cardwell said Lynchburg Tomorrow is working to identify 25 “potential and emerging leaders” in the Diamond Hill and White Rock Hill neighborhoods to participate in leadership development training so they can become more empowered to lead their communities.

Crystal Edwards, superintendent of Lynchburg City Schools, said the initiative pairs well with the schools’ desire to engage its families and the community.

“If this pandemic taught us anything, it taught us the need to be collaborative,” Edwards said.

Edwards said students spend seven hours in school each day and ideally get eight hours of sleep, which leaves nine hours where students are with their families or in the community. She said by working with local neighborhood leaders, this initiative will help the division remove obstacles and barriers to student success, such as food insecurity and access to health care — two of Lynchburg Tomorrow’s focuses.

Edwards also said the schools’ community, students and faculty will benefit from the leadership development aspect of Lynchburg Tomorrow.

Lynchburg Tomorrow also is working with the Community Access Network to place faculty and students from the university’s School of PA Medicine at the nonprofit to help expand and improve care.

Morrison-Shetlar said the initiative currently has more than $10,000 in funding from the university, the Greater Lynchburg Community Foundation and local businesses, such as BWX Technologies. She said she hopes more local businesses and organizations will donate financially, or in the form of time, resources or volunteers as the collaboration grows. The initiative initially was called “Lynchburg Together,” but ultimately Morrison-Shetlar said, “Lynchburg Tomorrow” is a reflection of the initiative’s vision to work together to move the city forward.

“It’s been a long-time dream of many of us for the University of Lynchburg to really establish itself as a really core anchor institution within the city of Lynchburg. And that’s what we want to do as a university is step up as an anchor institution and solidify our presence by helping city council, city government, schools, organizations ... to really drive this city.”

GO ONLINE: Visit newsadvance.com for video of city and university leaders as they announce the new collaborative initiative Lynchburg Tomorrow.

Alison Morrison-Shetlar, president of the University of Lynchburg, speaks at a news conference Wednesday at the university.