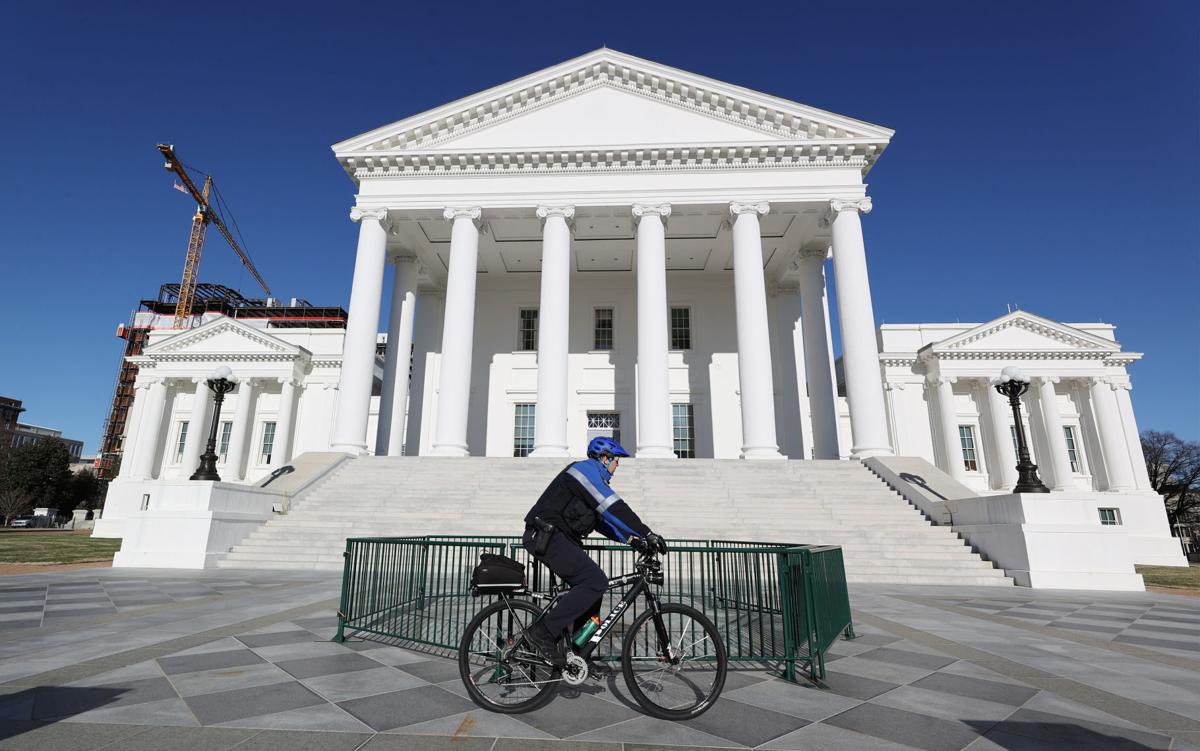 On Jan. 13, a Virginia Capitol Police officer rode his bike past the South Portico of the state Capitol. 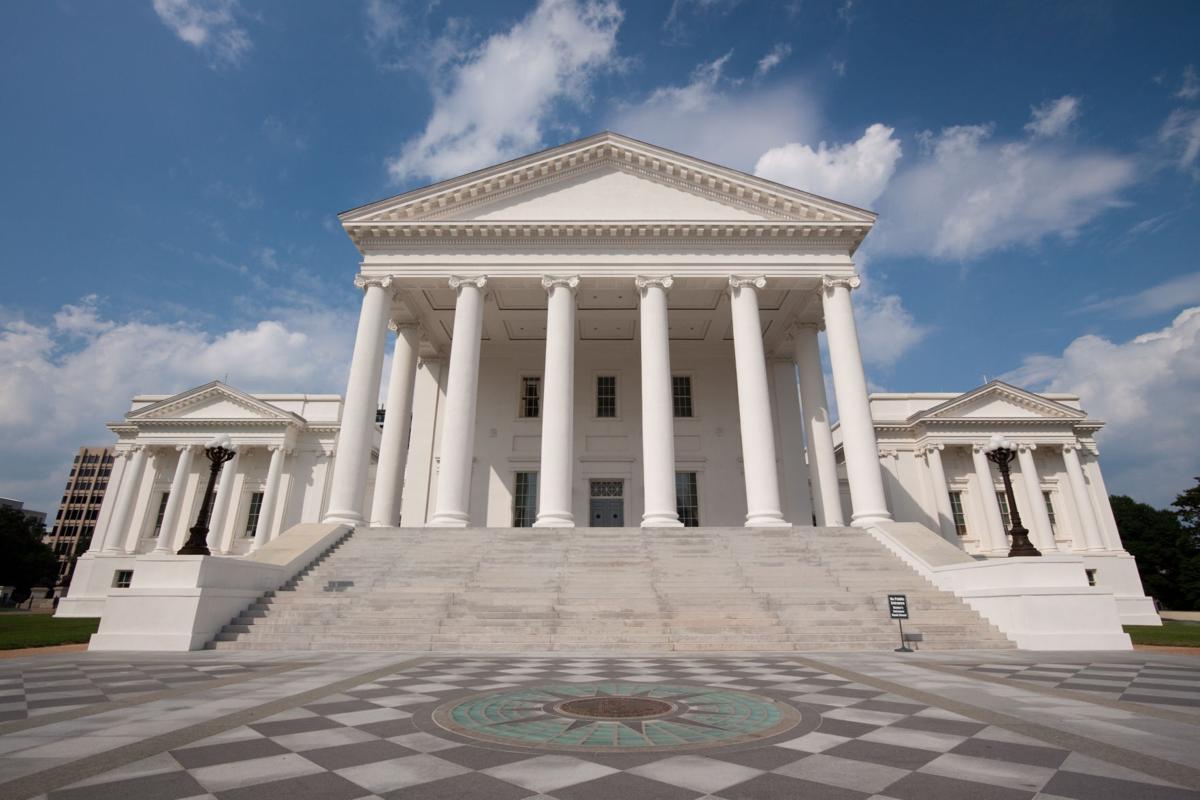 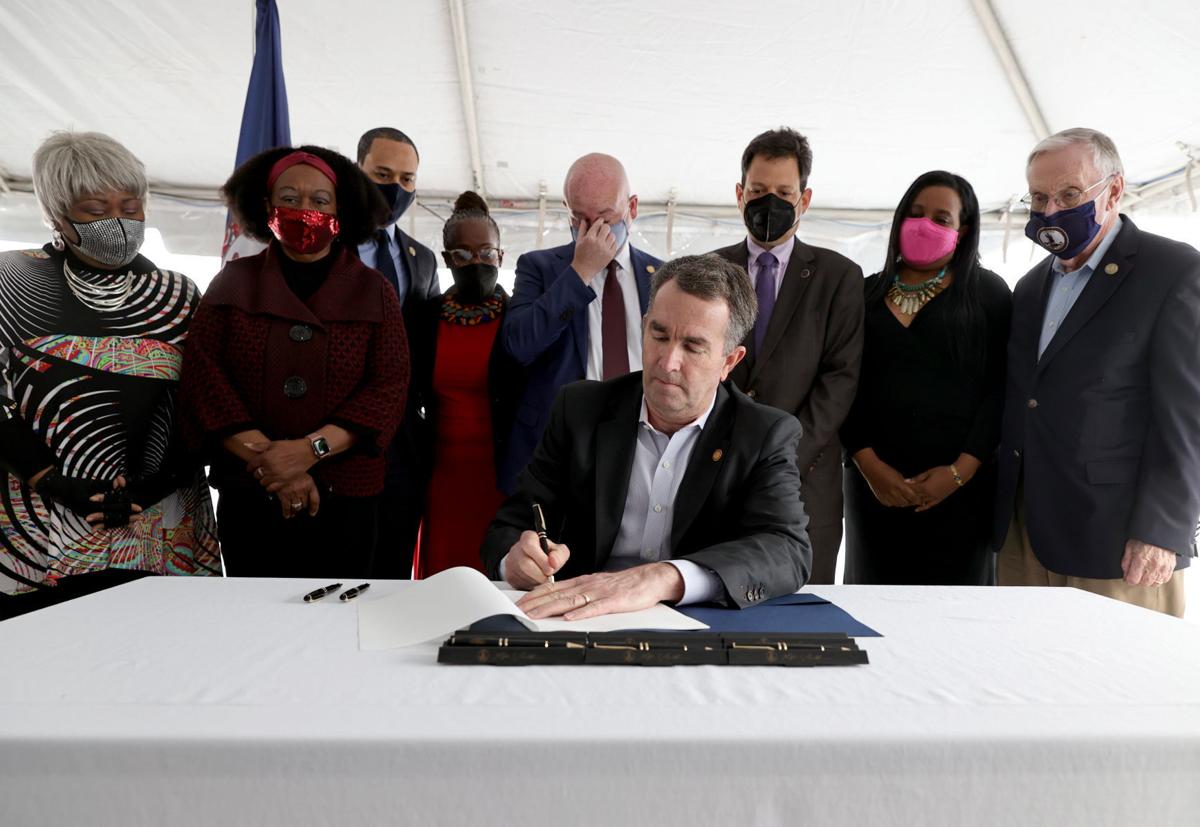 At the Greensville Correctional Center in March, Gov. Ralph Northam signed the bill abolishing the death penalty in Virginia. The state is the first in the South to end the practice.

Most new laws approved earlier this year by the Virginia General Assembly go into effect on Thursday.

This year’s session was the second year Democrats had full control of the General Assembly since flipping the House of Delegates in 2019. While marijuana was one of the top issues, here’s a recap of some other new laws that will affect people:

The budget includes money for a 5% raise for teachers, state employees, college and university faculty and employees, and state-supported local employees like sheriff’s deputies. State troopers will get an additional 3% raise, plus money for each year of service.

After punting on the issue in 2020, the General Assembly passed measures to make Virginia the first state in the South to end capital punishment.

The legislature approved measures that ban anyone other than law enforcement from possessing guns within 40 feet of polling places on Election Day, require prepaid postage on envelopes to return absentee ballots and authorize local election officials to designate drop-off locations for ballots. The legislature passed a law to allow voters with disabilities to vote outside a polling place.

Lawmakers passed legislation under which teachers will be evaluated on their level of cultural competence under standards set by the Virginia Board of Education. And they passed legislation requiring schools to be open for in-person learning five days a week.

A new law allows a parent who expects to be incarcerated or deported over an immigration issue to petition a court to approve a guardian for the parent’s minor child.

A new law says that COVID-19 causing the death or disability of health care providers is an occupational disease, and they can be compensated under the Workers’ Compensation Act.

State law now includes discrimination on the basis of disability as an unlawful discriminatory practice.

The legislature passed a law preventing anyone convicted of assaulting a family member from purchasing or possessing a gun for three years. The legislature wrote into law bans on guns in the state Capitol and state buildings and a ban on guns on Capitol grounds.

A new law requires criminal investigative files in cases that are old or closed to be released to the public within 65 days of the request.

A new law requires motorists to change lanes when passing someone riding a bicycle if the lane doesn’t allow the motorist at least 3 feet of clearance from the bicycle when passing.

The maximum penalty for littering or dumping trash goes from $250 to $500.

People grieving a dead loved one often release helium balloons in ceremonies, but the legislature cracked down, passing a law that forbids intentional release of a balloon outdoors. The law also forbids adults from telling children to release balloons. Punishment is a $25 civil penalty per balloon.

Watch Now: Should my kid get the COVID vaccine?

Marijuana legalization starts July 1. Addressing the impact of prohibition is unfinished work. A messy process to legalize the drug is ahead.

Kisare Bundy had been on probation for most of his adult life when, at 22, a marijuana possession charge sent him to prison for just under a decade.

Dozens of calls reporting adverse reactions to delta-8 THC have come into the center in the first six months of 2021, compared with no such calls in all of 2020.

Effective Thursday, it will be illegal to intentionally release a balloon outdoors. The civil offense is punishable by a $25 fine per balloon.

On Jan. 13, a Virginia Capitol Police officer rode his bike past the South Portico of the state Capitol.

At the Greensville Correctional Center in March, Gov. Ralph Northam signed the bill abolishing the death penalty in Virginia. The state is the first in the South to end the practice.