A former Rocky Mount police officer charged in the insurrection at the U.S. Capitol is disputing allegations that he possessed guns while awaiting trial and made statements that show “his sincere commitment to violence.”

Thomas Robertson’s attorney filed a motion Sunday that opposed a request by prosecutors to revoke bond for the 47-year-old military veteran.

An M4 rifle found in Robertson’s Ferrum home last week belonged to his son, a partially assembled pipe bomb also recovered was used to teach a law enforcement class, and the 34 guns he is accused of “possessing” were actually ordered online but never delivered, according to the motion filed in federal court in Washington, D.C.

Prosecutors also cited Robertson’s online statements in arguing that he would pose a threat to the community if allowed to remain free.

On June 10, the former police officer — who was fired shortly after a photograph showed him inside the U.S. Capitol during the Jan. 6 riot — posted to an online gun forum a screenshot of government information about his pending charges.

Robertson is accused of making the following statements: “I’ve said before. They are trying to teach us a lesson. They have. But its definitely not the intended lesson. I have learned that if you peacefully protest then you will be arrested, fired, be put on a no-fly list, have your name smeared and address released by the FBI so every loon in the US can send you hate mail.”

“I have learned very well that if you dip your toe into the Rubicon ... cross it. Cross it hard and violent and play for all the marbles.”

Those online comments, combined with the gun and explosive device found in his home, show Robertson’s “utter disregard” for a judge’s order that he not possess firearms pending his trial, prosecutors said in their motion.

Mark Rollins, a Washington attorney who represents Robertson, argued that his online statements have nothing to do with the question of whether he violated the conditions of his bond.

“Frankly, this additional information in the Government’s motion clouds the issue and is dramatizing the issue before the Public,” reads the motion filed in U.S. District Court for the District of Columbia.

Far from being the dangerous figure portrayed by the prosecution, Rollins wrote, Robertson is “a proud veteran with a love for his country.”

He was twice a member of the U.S. Army and served in both Iraq and Afghanistan. On Sept. 25, 2011, he was severely wounded by gunshots and shrapnel in Afghanistan, the motion states.

After 10 surgeries, Robertson returned to the Rocky Mount Police Department, where he worked as a sergeant and in 2017 received a medal for valor, Rollins wrote.

Not long after Robertson’s initial appearance on the federal charges, the FBI and other law enforcement agencies began to suspect that he was ordering firearms online. The motion to revoke his bond cites an “arsenal” of 34 guns that were ordered since Jan. 6.

According to the motion, Robertson paid $3,600 for what was falsely described as “Wedding Photos.” Records from an online gun dealer show that other orders he placed amounted to more than $12,000.

But Roberson never collected any of the guns, which were described by his attorney as antiques from the World War II era.

As for the M4 carbine found when federal agents arrived at Robertson’s home last month with a search warrant, he says he was away that day to meet with his pretrial case manager and that the gun belonged to his son, who had just been honorably discharged from the U.S. Army.

And the partially assembled pipe bomb found in a garage was a “prop” for a law enforcement class taught by Robertson, and had been there previously when police searched his home, the motion states.

Robertson remains free on bond. A court date for his hearing has not been scheduled.

He is one of more than 300 people nationwide — including three others from Western Virginia — who have been charged with storming a special session of Congress that was being held to certify the results of an election that Donald Trump lost to now-President Joe Biden.

Thomas Robertson, who is currently in custody, should be held without bond pending his trial after making troubling statements and possessing guns after he was charged with entering the Capitol, prosecutors say.

Thomas Robertson is charged with entering the U.S. Capitol while a mob of Donald Trump supporters broke up a session of Congress.

House Majority Whip James Clyburn says "if it comes to that" the select committee investigating the Jan. 6 attack will ask former President Do…

The off-duty police officers from the small town of Rocky Mount were in the U.S. Capitol on Jan. 6. Now they face federal charges.

The controversy sparked by Thomas "T.J." Robertson and Jacob Fracker, who now have been fired by the town police department, arrived during an already turbulent time for the town government.

The U.S. Attorney's Office for the District of Columbia said a search of Thomas Robertson's home found an M4 rifle and something that appeared to be a partially assembled pipe bomb.

Fake COVID-19 Testing Sites Are Popping Up Amid Omicron Surge

Fake COVID-19 Testing Sites Are Popping Up Amid Omicron Surge 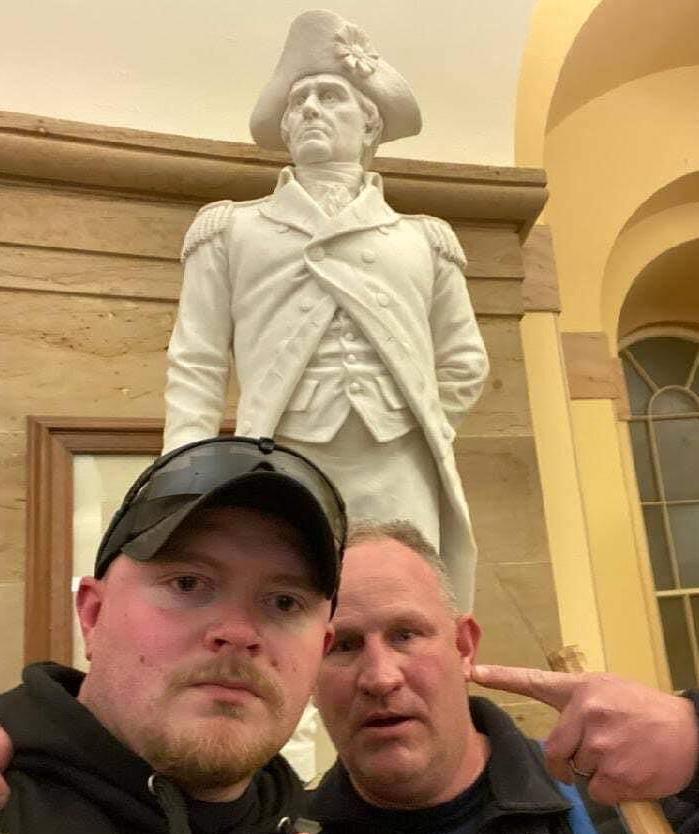 A photo of Jacob Fracker, left, and Thomas “T.J.” Robertson inside the U.S. Capitol on Jan. 6 that was part of the complaint filed against them in federal court. 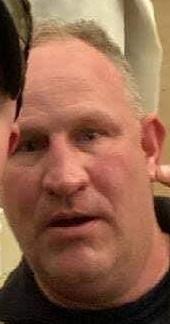