RICHMOND—About a week ahead of Saturday’s GOP convention, Beth York, a convention delegate in Hampton Roads, remained undecided on which Republican should become the party’s nominee for governor.

She’s looking for a candidate who is unflinching in support of the rights to “life, liberty and the pursuit of happiness,” but who also can trounce Democrats in the fall.

“I know most of them, so that makes the choice hard,” York said. “But it really comes down to who can win.”

Another undecided delegate in Hampton Roads said she simply didn’t want to elect a “doormat.”

“[Democrats] are taking away our gun rights, trying to take away our freedom of speech,” said Jena Rice, who plans to vote in Suffolk. “I know Trump was a bull in a china shop, but that’s kind of necessary.”

Undecided convention delegates and those with loose plans to vote are the target of GOP candidates making their final pitches in the lead up to Saturday, when close to 54,000 delegates selected by party leaders will choose the Republican nominees for governor, lieutenant governor and attorney general.

The election process, which has beleaguered party leaders and frustrated voters, will kick off with limited voting Friday afternoon and run through Saturday. The party expects to announce the results sometime between Sunday and next Thursday.

At an event in Chester, Youngkin told a crowd to select a business leader who could build up Virginia’s economy and create more jobs. “Political folks make promises and don’t deliver a whole lot. Business people get it done or get fired,” said the former venture capital CEO, who is heavily funding his campaign with personal wealth.

Youngkin and Snyder are pitching themselves as outsiders whose funding can compete with the most powerful fundraiser among the Democratic candidates, former Gov. Terry McAuliffe. (Democrats will choose their nominee in a June 8 primary.)

Snyder’s closing pitch, fueled by an ad called “Insanity,” is focused on education and taps into frustration of conservatives who decried the closing of schools because of COVID-19. “Terry McAuliffe won’t stop the insanity, but I will,” Snyder said. “As governor, I’ll take on the liberal unions, reopen schools five days a week and ensure kids are challenged, and not held back by political correctness.”

He’s capping his run with the same aggressive style for which he is known. He is calling his final tour across the state before Saturday’s convention the “Conservative Outlaw” tour, branded with fire, BBQ and the slogan: “Breaking the teachers unions, making woke liberals cry and backing President Trump’s policies.”

At an event in Henrico on Monday, Cox said he’s urging Republicans to think about November and is presenting himself as the best option against McAuliffe.

“All of the polls show that he’s ahead, and I’m the best candidate by far to run against him,” Cox said, adding McAuliffe is leading with promises on education, which Cox, a former teacher, worked on during his time in the House majority.

Cox’s closing pitch, which in a one-site convention he would have delivered on the day of the vote, focused on Democrats and on Republicans’ need to “unify” to regain control of the Executive Mansion.

“Conservative voices are sidelined while Democrats just go unchecked. ... Higher taxes, closed schools, neighborhoods threatened because cops are now the bad guys,” Cox said in a video. It kicks off with Gov. Ralph Northam celebrating on the night Democrats seized control of the legislature in 2019 and declaring Virginia “officially blue.”

The GOP convention will use ranked-choice voting, in which convention delegates will list their choices in order.

In recent days, Cox has focused much of his energy on seeking the support of delegates who already have decided on their first choice. “The task ahead of us in November is important, so I’m respectfully asking those who support another candidate to consider me as their second choice,” he said in a video posted 11 days before the convention.

Addressing a crowd on the patio of a restaurant in Virginia Beach, Chase said she is running as an outsider, embracing the rejection she has faced from party leaders in the legislature after she called people who invaded the U.S. Capitol “patriots.”

Chase said the fact the top lawyer for the Republican Party of Virginia also is a paid adviser with the Snyder campaign is a sign the establishment is against her.

“Every time I turn around, they’re trying to cancel me. It’s like the ‘Hunger Games’, y’all,” Chase said.

“And you’re our girl on fire,” a supporter yelled from the crowd.

Chase said she has a conservative voting record no other candidate can match. (Chase and Cox are the only two of the seven GOP candidates who have served in the legislature.)

Convention delegates will be allowed to rank as few candidates as they like. Few voters interviewed by the Richmond Times-Dispatch could recall all seven GOP candidates for governor.

Even some of the lesser-known candidates are gearing up for a contest they said still has room for them: de la Peña is hosting daily zoom conversations leading up to convention day titled “Seven Days with Sergio,” the most recent of which focused on gun rights.

In a campaign video Monday, Doran asked, “why is it that educational dollars aren’t following the students?”—a calling card for school vouchers, often favored by conservatives.

Johnson’s campaign has a limited online presence as the nomination fight grinds to the end, and campaign finance forms show she raised little last quarter.

Saturday will mark the beginning of the end of the process for Republican Party officials tasked with running the statewide convention, a beleaguered process in a year when election integrity has been a defining issue for their party. All GOP candidates for governor except Cox have called into question the integrity of last November’s elections; Cox early on acknowledged President Joe Biden’s victory but has called for reforms to the state and national election process.

Weeks of debate over the GOP nomination method sucked up a lot of attention from the party’s effort to regain control of the Executive Mansion. It was only days ago that the state party finally settled how it would handle appeals from more than 700 potential convention voters who were rejected by local Republican leaders.

The method to hear appeals Saturday? A smattering of panels reachable by phone or Zoom will make decisions on the spot.

Rich Anderson, chairman of the Republican Party of Virginia, said despite hurdles, he is confident the voting and counting process will go smoothly.

Anderson said in an interview Monday the party expects to start counting ballots at 1 p.m. Sunday, beginning with the race for attorney general, followed by lieutenant governor and then governor. Anderson said it’s “impossible” to predict how quickly the process will go, but he said he hopes counting will be done by the end of the day on Tuesday.

Complicating the process is the ranked-choice method Republicans chose, which is gaining popularity across the country. Voters will list the candidates in order of preference, and one by one, candidates will be eliminated until one has more than 50% of the vote.

“I believe this is going to work very well. There are a lot of moving pieces and a lot of complexity, but I’ve got literally hundreds of people across the state working hard and so I think that their investment of time and energy and hard work will pay off,” Anderson said.

“You’ve got seven candidates for governor. The six you don’t get the nomination, I want them to go, ‘Well, damn. I did not make it but it was fair, and I’m going to support the nominee.’”

Even if the process runs smoothly, many Republicans might be left frustrated over the process. Bruce Wright, a registered delegate from Virginia Beach, said the process to vote has been difficult.

“This is the problem with politics,” he said. “The parties don’t educate people. For instance, this process—it’s not a standard convention. And there are people that deliberately want to make things confusing to get you off track, to throw your hands up in the air, and maybe not even vote,” he said.

“You have to do a lot of homework yourself. I haven’t even decided who I’m going to vote for,” Wright added.

Asked what he wanted to see in order to make a final decision, Wright said: “I want to see the Lord Jesus put his hands on the right candidate because man clearly cannot do it.”

Pfizer shot expands to US children as young as 12

Five plaintiffs are a class-action lawsuit against the Virginia Employment Commission, and a federal judge says he’s not waiting weeks to get answers.

FreeTHEM Walk, which began in Lynchburg, stops in Richmond

They hiked into Richmond with sore feet, and then it rained – minor inconveniences considering their reason for being here.

Seventy years later, a Richmond writer is trying to solve a cold case involving the death of a child

Seventy years ago, a highway worker on a crew cleaning litter from roadside ditches in Goochland County came upon a most gruesome discovery: the body of a young boy stuffed in a duffel bag.

Watch Gov. Northam's update on COVID-19 in Virginia from Thursday

Gov. Ralph Northam along with state health and safety officials will be giving an update Thursday at 11 a.m. on the fight against COVID-19 in Virginia.

Virginia's coronavirus case counts and hospitalizations haven't been this low for over a year.

Democrats in Virginia governor's race face off in 2nd debate

The Democratic candidates for Virginia governor sparred over policing and economic development in their second debate Thursday, an event that showcased the diverse styles and perspectives of the field that voters will winnow next month.

On May 4, 1961, the Freedom Riders stopped in Fredericksburg to challenge segregation in the city’s bus station. 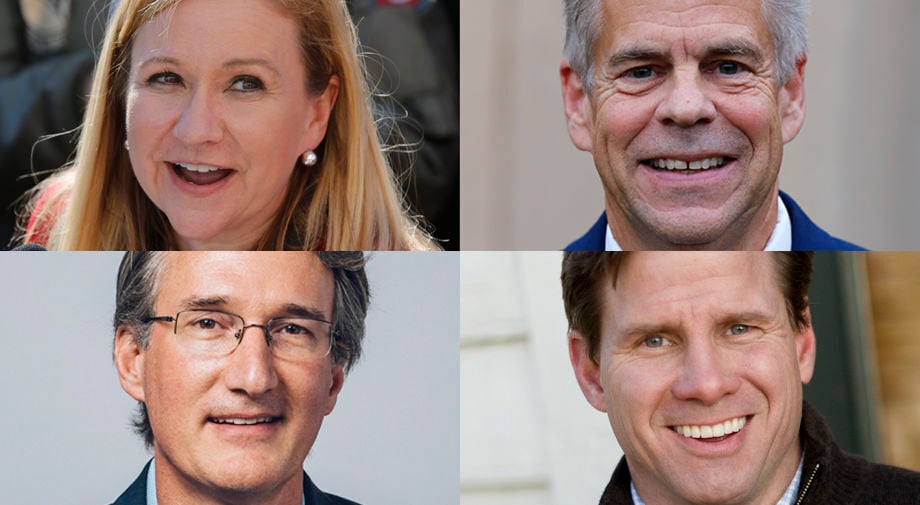 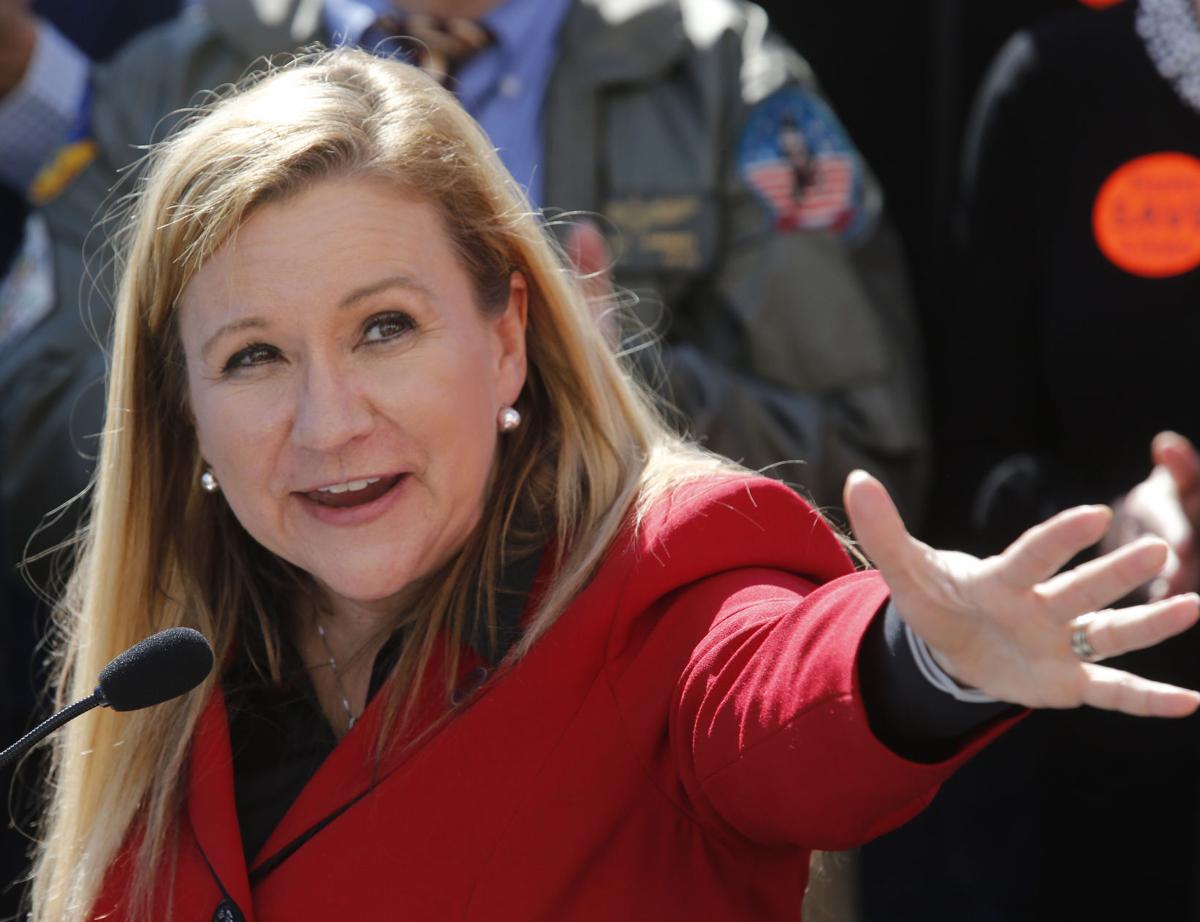 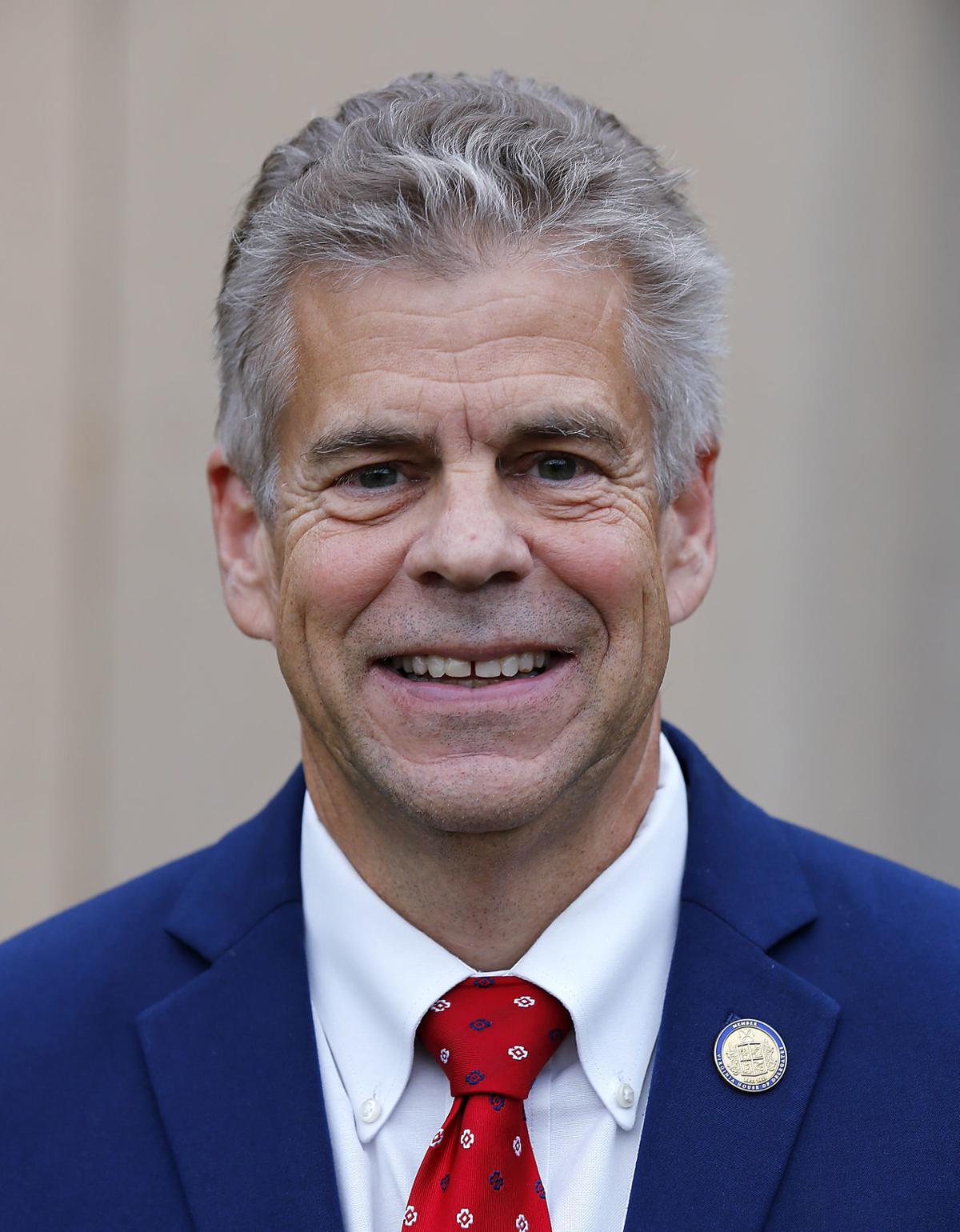 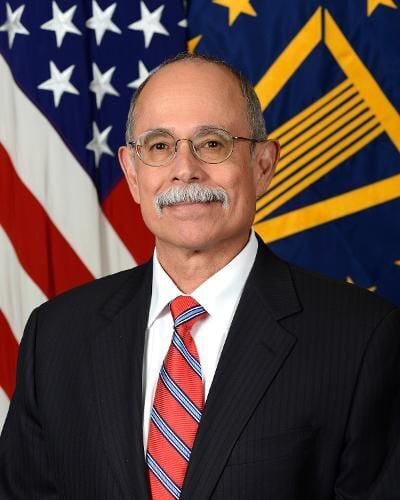 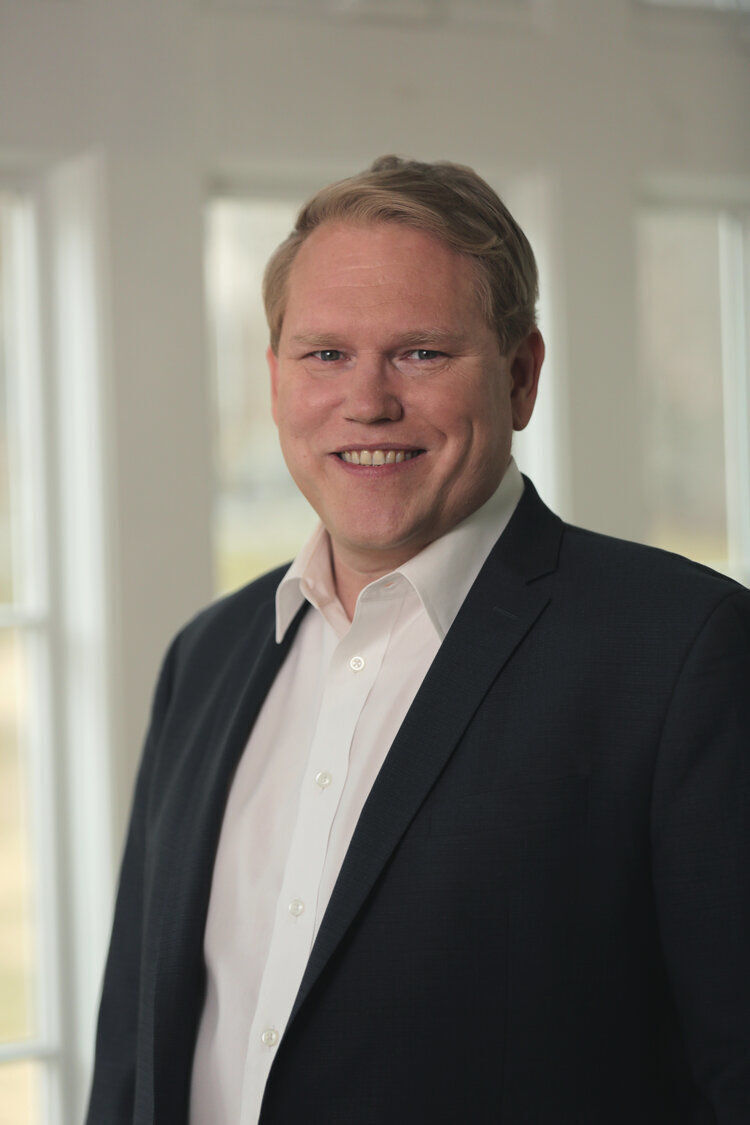 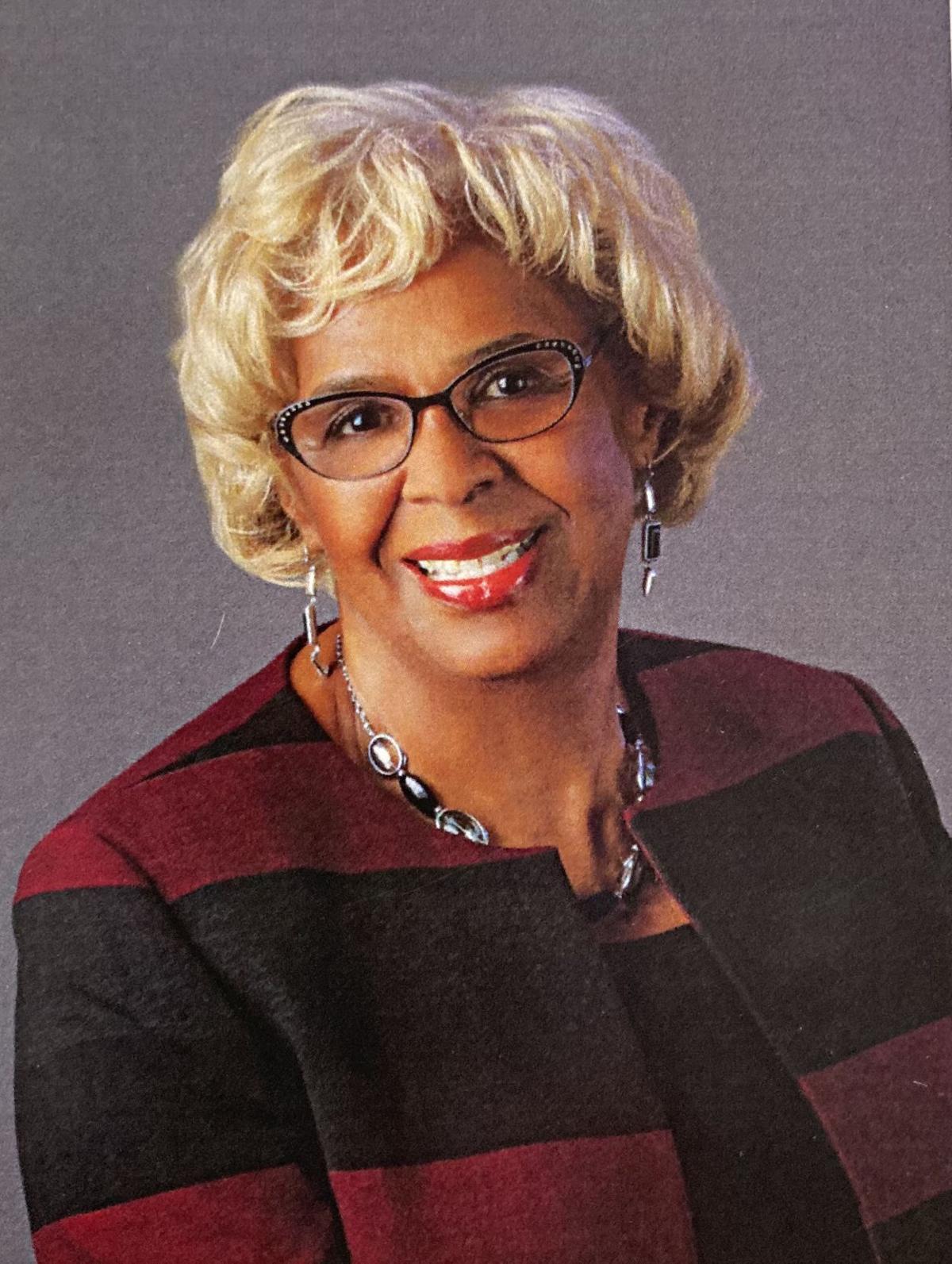 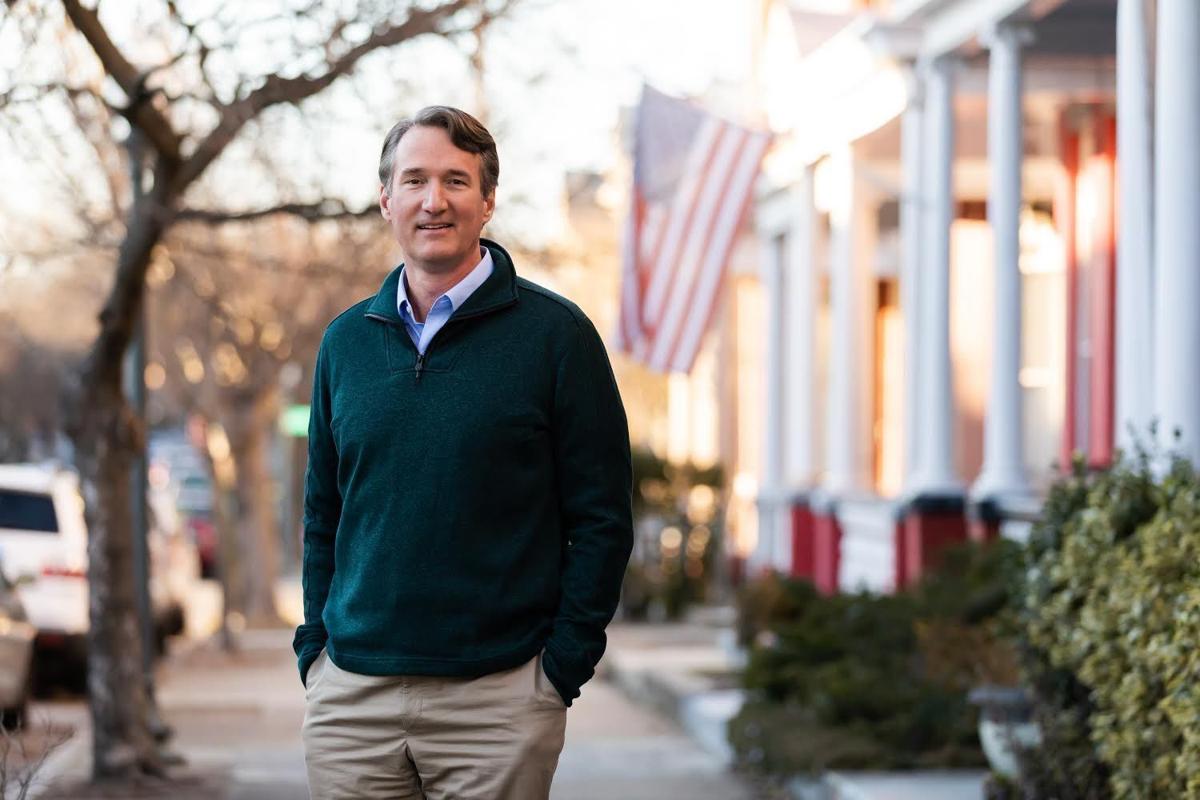