The Republican Party of Virginia has publicly criticized the social media posts of University of Virginia politics professor Larry Sabato as partisan lambasting of former President Donald Trump and requested the university investigate them.

Sabato called the criticism “silly but predictable,” and a university spokesman said the professor’s opinions are protected free speech.

Rich Anderson, chairman of the Republican Party of Virginia, wrote a letter to UVA last week, saying eight of Sabato’s tweets from the past year appear to violate the university’s mission statement and faculty code of ethics. Anderson called them examples of “bitter partisanship.”

The dispute comes amid a growing national debate over academics’ right to express their opinions and the consequences that follow. Nikole Hannah-Jones, who received a Pulitzer Prize in 2020 for her work on The New York Times Magazine’s 1619 Project, recently turned down a belated tenure offer from the University of North Carolina and accepted a position at Howard University.

On June 3, Sabato tweeted that he agreed with a New York Times reporter who wrote that Trump believed he would be reinstated to office. “Of course it’s true,” Sabato wrote. “Trump, who governed on the edge of insanity for four long years, has gone over the edge. Yet millions of people and 90%+ of GOP members of Congress, still genuflect before this false god.”

Of course it's true. Trump, who governed on the edge of insanity for four long years, has gone over the edge. Yet millions of people and 90%+ of GOP members of Congress, still genuflect before this false god. https://t.co/MQ6LarvR2F

In December, Sabato wrote, “I’m watching President-elect @JoeBiden’s press conference. It’s so refreshingly NORMAL. After 4 years of the bizarre and the disturbing, we really are going to have a return to normalcy.”

I'm watching President-elect @JoeBiden's press conference. It's so refreshingly NORMAL. After 4 years of the bizarre and the disturbing, we really are going to have a return to normalcy.

Following a presidential debate in September, Sabato said, “CANCEL THE REMAINING PRESIDENTIAL DEBATES. It is impossible to have an orderly, productive exchange with Donald Trump. Stop pretending otherwise. #Debate2020”

CANCEL THE REMAINING PRESIDENTIAL DEBATES. It is impossible to have an orderly, productive exchange with Donald Trump. Stop pretending otherwise. #Debate2020

In other tweets, Sabato mentioned Trump’s endorsement of Virginia GOP gubernatorial candidate Glenn Youngkin, Trump’s taxes and the former president’s use of the song “YMCA” at a rally during Pride Month.

Offering a response to Anderson’s criticism, Sabato tweeted last week: “Thanks to the Republicans for the hearty laugh you’ve given me...There goes my reserved seat at your next #insurrection.”

Sabato worked on several of populist Democrat Henry Howell’s political campaigns in Virginia in the 1970s before he became a faculty member at UVA. He has been a nationally known author and political analyst for decades.

Sabato’s tone has changed in recent years, he said in an interview Friday. There are two reasons why — Trump and the insurrection at the Capitol on Jan. 6, which he called a watershed moment in American history.

“People had better pay attention because if they don’t, it’s going to happen again,” Sabato said.

Sabato, who founded the UVA Center for Politics in 1998 and predicts the outcomes of elections across the country, said there isn’t a place in the discussion of Jan. 6 for defending the point of view of both sides. “Too many cowards out there won’t stand up and shout the truth,” he tweeted.

Brian Coy, a spokesman for UVA, said there is nothing in the university’s code of conduct that limits faculty from engaging in expression that is protected under the First Amendment.

“Free expression and exchange of ideas is a core value of our university from its very founding,” Coy said.

Last month, UVA’s board of visitors endorsed a statement on free expression, saying: “All views, beliefs and perspectives deserve to be articulated and heard free from interference.”

Ken Stroupe, chief of staff for the Center for Politics, said it’s a dangerous place for political parties to call out the opinions of academics that are protected by the First Amendment.

“This is not what political parties in America should stand for,” Stroupe said.

Stroupe added that Anderson never contacted the Center for Politics with his criticism. The missive went straight to university President Jim Ryan. Stroupe found out about the letter after it was obtained by The Washington Times.

Allowing the free flow of opinions from both sides on college campuses has become more difficult, University of Richmond President Ronald Crutcher wrote in his 2021 memoir, “I Had No Idea You Were Black.”

“The politics and rhetoric now inflaming the nation have spilled over to foment a climate of campus unrest at such a decibel level that even the most innocent inquiry becomes suspect,” Crutcher wrote.

The National Association of Scholars tracks instances of professors being criticized, disciplined or fired for offering protected opinions. The organization has tallied 181 academic cancellations dating back to 1975. The majority of the instances on the list have occurred since 2015.

Phylicia Rashad, a dean at Howard University, faced backlash last week when she tweeted in support of disgraced comedian and actor Bill Cosby. Rashad, who acted alongside Cosby in “The Cosby Show,” tweeted in support of Cosby when he was released from prison after his conviction of drugging and assaulting a woman was vacated. “A terrible wrong is being righted — miscarriage of justice is corrected!” she wrote. After she received calls to resign, Rashad apologized.

Earlier this year, Cornel West, an author, professor and political activist, was denied tenure at Harvard University, even though he already received tenure at Harvard during a previous stint, and at Yale and Princeton. West said his endorsement of Bernie Sanders, the independent Vermont senator who sought the 2020 Democratic presidential nomination, and his support for Palestinian human rights were to blame.

Leader of massive robocall scam with 4,000 victims in the U.S. gets 22-year prison term

Among the victims of the India-based scam, which raked in more than $10 million, was an elderly Virginia woman who lost $445,000.

More Virginia children are hospitalized for COVID than ever before

The pandemic's silver lining, that children were spared from severe illness, no longer appears to be true.

Sovah Health was treating 49 patients across both the Danville and Martinsville facilities on Wednesday.

The first gubernatorial debate between Democrat Terry McAuliffe and Republican Glenn Youngkin on Thursday was a combative standoff over political differences as much as personal jabs.

30 Richmond employees are on unpaid leave for not complying with vaccine mandate; 360 applied for exemption

About 10% of Richmond city employees will not be required to get a COVID-19 vaccine after applying for an exemption to the city’s shot mandate.

A Virginia prison inmate was sentenced Friday to 77 months in federal prison for threatening to harm an assistant U.S. attorney who had prosecuted him.

Jenkins, 68, had been battling COVID-19-induced double pneumonia that ultimately led to kidney failure. 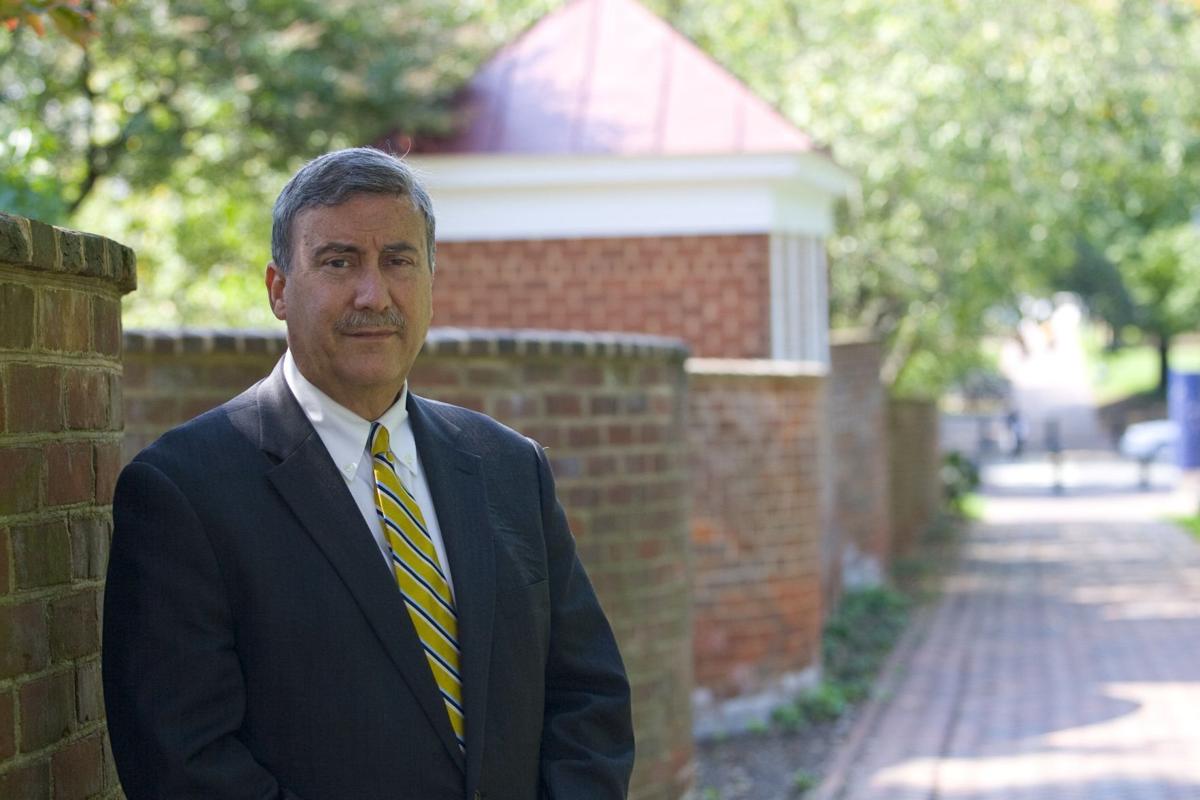 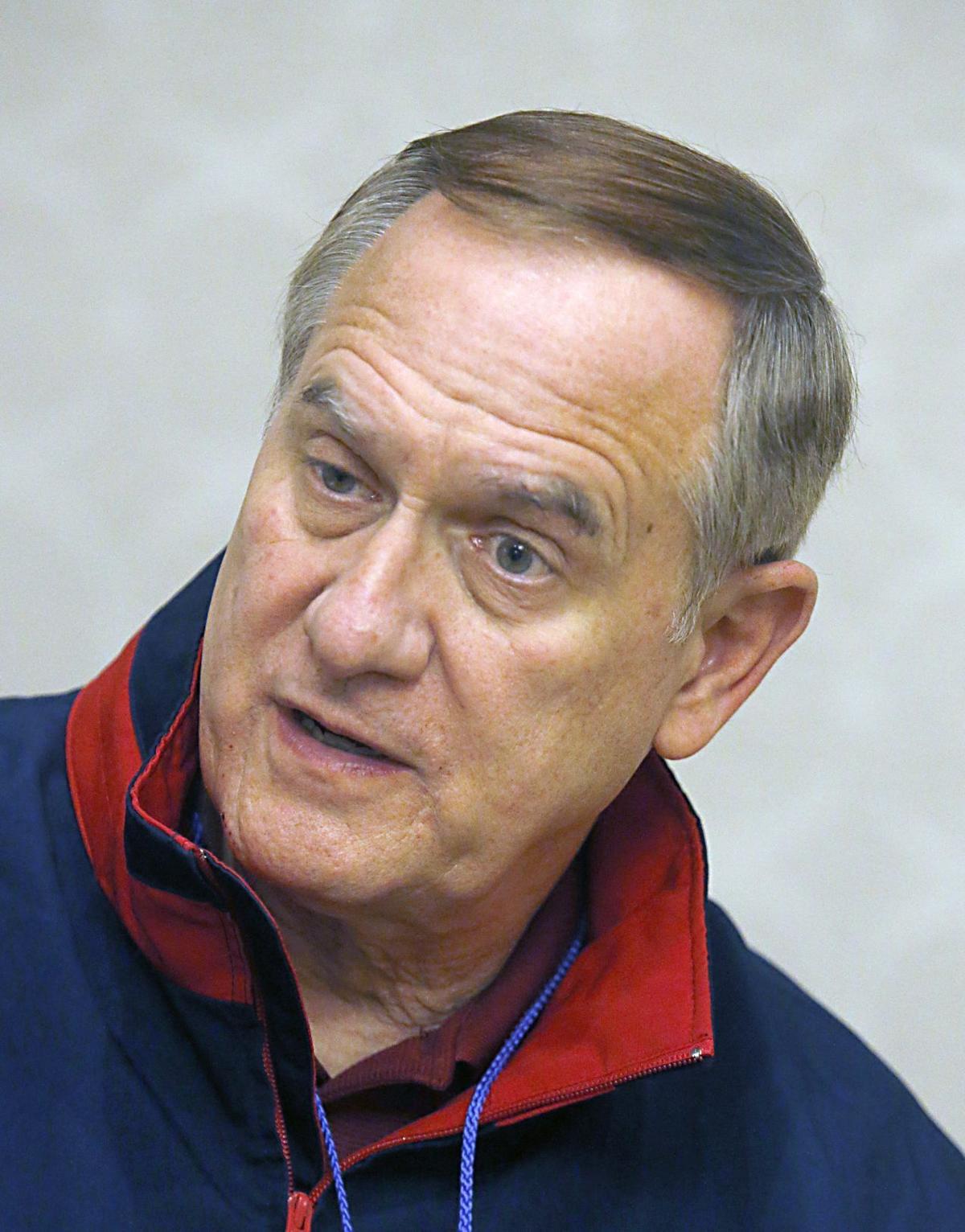