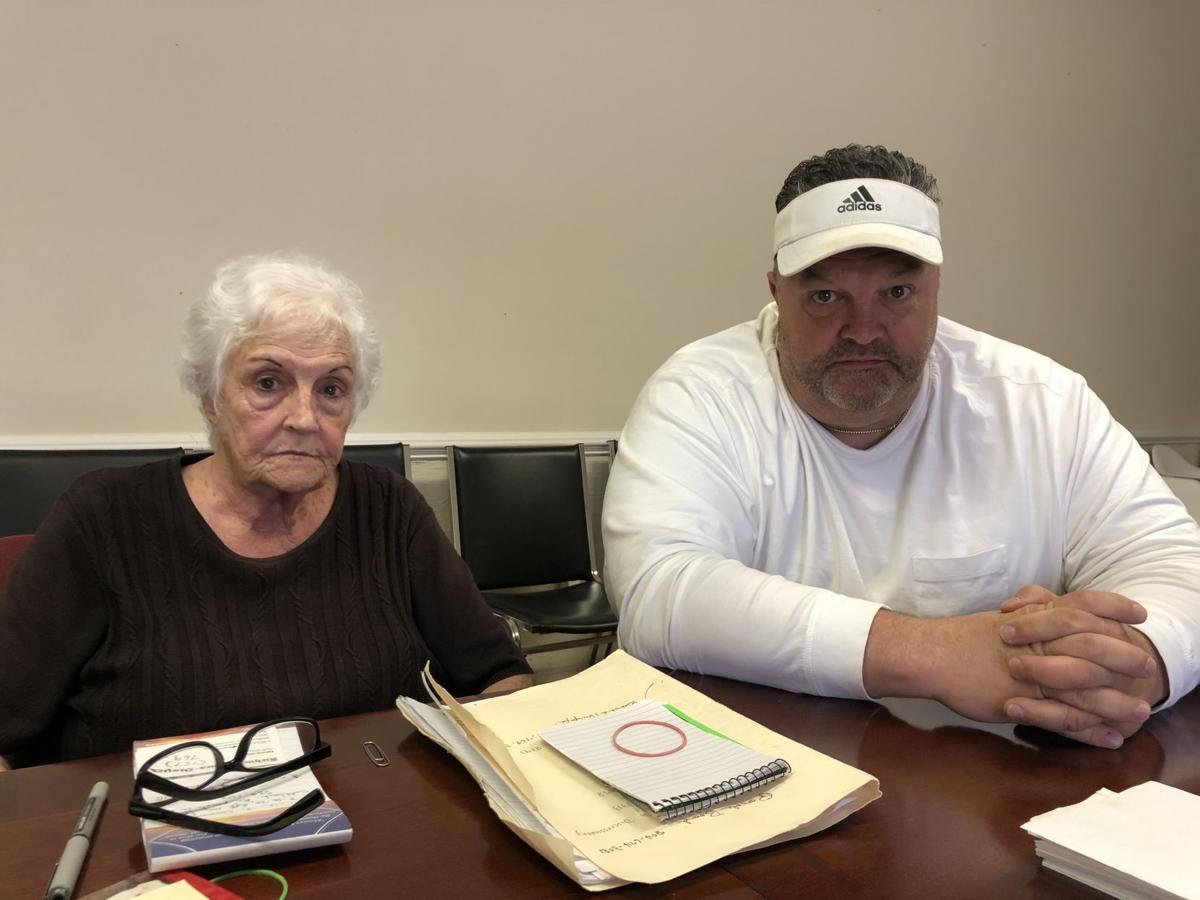 Judy Smith of Lynchburg, with son Shane Smith, has tracked her husband’s killer’s parole eligibility since 1975. Last year, getting answers from the Virginia Parole Board was difficult, and case paperwork went missing. 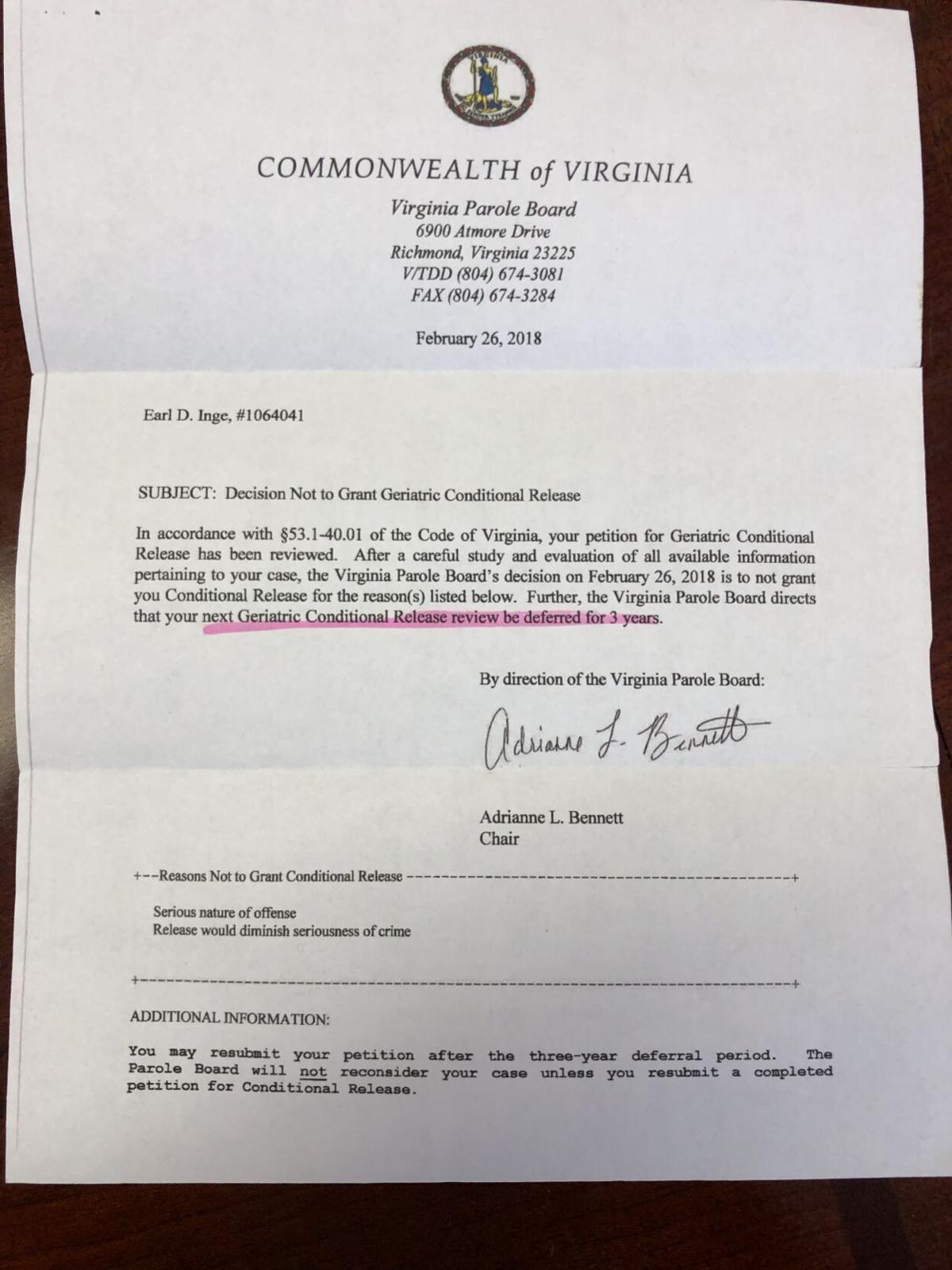 The Virginia Parole Board notified inmate Earl David Inge in 2018 that he wouldn't be considered for geriatric parole until Feb. 28, 2021, and sent a copy to Judy Smith, the widow of the man Inge killed in 1975. But last year, when Smith learned that Inge was about to be released, the parole board had no record of the letter, she said.

LYNCHBURG — When she’s doing anything, like driving around town or alone with her thoughts, Judy Smith thinks of the night she saw her husband die.

They drove through a particular neighborhood in Lynchburg the day of his death and stopped at a drugstore. She thinks of it every time she drives through that neighborhood. Same goes for a gas station near Danville. Every time the family drives by, they think of stopping there with Clifford Smith on the last day of his life.

In April 1975, at their apartment in Lynchburg, a man awaiting trial for burglary fatally shot Clifford in the living room after the family ended their prayers and Judy was putting their two boys to bed.

The killer, Earl David Inge, is up for parole every year. So every year for 36 years, Judy Smith and her sons have written letters or met with Virginia Parole Board members. Please don’t let him out, they always say. They’re afraid he’ll come for them the way he came for Clifford, who was set to testify against Inge before he was killed.

And until last year, they always felt relieved to learn he’d spend at least another year behind bars.

But on May 6, 2020, Judy’s son Shane Smith got a call from a staff employee of the parole board, he said.

The board was about to let Inge out and the family would not be notified, the staffer told him in an urgent voice. The staffer “asked me not to say how we heard.”

Shane Smith said he got the sense that this employee was not supposed to be calling the family. Yet state law requires the parole board to make efforts to contact victims’ families before parole is considered.

The Virginia Parole Board is now involved in an ongoing scandal that began last year when a state watchdog agency — investigating tips to a hotline — found that the board violated state law or agency policy in handling at least nine cases. Among the infractions was that the board did not try to notify family members of victims when parole was being considered.

Judy Smith keeps organized notes and documents about the case. And she had a letter that was sent to Inge in February 2018 telling him he could next be considered for geriatric parole in February 2021. Her son sent the letter to the parole board employee.

The family were told the board had no record of it and no board member had a copy.

WSET-TV in Lynchburg first reported on the missing letter and has followed developments in the case. In an interview last week with the Richmond Times-Dispatch, Judy Smith and her son provided new details about what they were told by the board.

The parole board acknowledged it made errors in the case.

Clifford Smith wanted to return to school. So he, his wife and their two sons settled in Lynchburg in 1975.

He’d been a manager at a manufacturing plant. He was a church deacon and volunteered one evening a week to counsel inmates in the local jail.

They’d lived in the city for 11 months when Clifford Smith caught a burglar in the home on April 8, 1975.

It was his one day off, and he was home alone in the bedroom when he heard the doorbell. He assumed it was neighbor boys and didn’t go to the door.

When he heard what sounded like the door open, though, he went into the living room and saw a man inside who then ran.

Police arrested Inge, who had several rings of keys — including a key to the Smiths’ apartment.

Clifford Smith went to court and testified that day, and was subpoenaed to testify at Inge’s trial in June.

On the evening of April 26, the family finished their devotional. Then, a loud noise.

Judy and the boys ran into the living room and saw Clifford bleeding on the couch. She wondered if he’d had a heart attack. She saw something on his chin and thought that looks like a gunshot wound. He was dead.

She pulled open his T-shirt and his chest was covered with pellet holes. She laid him on his side as the boys screamed. Even then, she didn’t know what happened.

Then she saw a huge hole in the drapes and realized a shot had come through the dining room window.

She told the police about Inge. They’d had many run-ins with him, Judy Smith said last week.

“We have never been able to get out from under this,” she said. “When you deal with this every single year, you relive it.”

Years ago, the Smith family worked with a victim advocate at the parole board they described as excellent. Then there was turnover, and it was harder to get to know the advocates.

The staffer they worked with most recently — the one who made the urgent phone call last year — was one of the best, Judy Smith said.

After Shane Smith got the call and learned that the parole board did not have the important letter on file, he made a post on Facebook and notified two state senators from the area.

“We have lived a life forever altered by a senseless, evil act of an individual now on the brink of freedom,” Shane Smith’s post said. “Simply outrageous to me and my family.”

Judy Smith decided that she didn’t want to meet with a parole board member this time. She didn’t trust them.

So she called the victim advocate the family worked with to notify the board that she’d be writing another letter.

But she couldn’t reach the advocate.

On the third try, another parole board employee said that staffer no longer worked at the board.

“If I had not gotten that call, I would never have known that anything was happening, and he would have walked out,” Shane Smith said last week. Inge remains incarcerated.

Unlike the courts, where trials, hearings and records are open to the public, the parole board operates outside of public view, and its records are exempt from the state Freedom of Information Act.

The Times-Dispatch was unable to reach the former parole board staffer. The Smiths said they thank the advocate.

The advocate “seemed to really care about the victims,” Judy Smith said.

“I find it egregious that a state Parole Board could be so inept as to not keep complete files on violent offenders who they then want to consider for parole,” Newman wrote. “The safety of all of Virginia’s citizens depends on the diligence of this 5-member Board.”

Newman asked Moran ask for an investigation of parole board processes by the Office of the State Inspector General, and told Moran he looked forward to hearing from him about how he’d correct that type of error going forward.

In response, one of Moran’s deputies forwarded Newman information from the parole board.

The deputy said the 2018 decision to defer consideration of geriatric parole for three years was not recorded in the system “due to an error.” She did not explain how the error occurred but wrote that Inge’s file now reflected the proper records.

But in October 2020, the parole board sent the family a letter and sent Shane Smith an email saying Inge was being considered for geriatric parole that year along with consideration of discretionary parole. Like a record skipping, the family again sent the parole board their 2018 letter saying such release would not be considered until February 2021.

Asked last week about the problems, Moran referred questions to Tonya Chapman, the current parole board chairwoman, who said by email that the second notification to the family was an error.

The inspector general received numerous hotline complaints last spring about the parole board and launched investigations that have put the board into ongoing scandal.

The inspector general found violations of state law and policy by the board.

The lead investigator provided records to lawmakers and asked a judge for whistleblower protection. Inspector General Michael Westfall fired her, and the status of pending investigations by his agency remains unclear. Westfall has declined to be interviewed.

Gov. Ralph Northam, who appoints the parole board, has resisted calls by Republicans that he replace the members. The General Assembly put the previous chairwoman, Adrianne Bennett, onto the judicial bench in Virginia Beach.

Democratic lawmakers brushed off calls by Republicans for a broad review of the misconduct, opting instead for a plan by the governor for a limited investigation by a law firm related to one of the most controversial cases, in which records not part of an official report were provided to news media outlets.

Among the letters of Judy Smith to the parole board is one from October 2008 that she sent again to the Northam board because it wasn’t around then. She said it best expresses her feelings.

She wrote that she didn’t think anyone could begin to imagine what it’s like to see someone you dearly love executed in front of you and your small children.

She remembers her sons crying for their father after his death and, when they got older, saying they wished they could spend a day with him to get his advice.

They still grew up to be respectful and forgiving, she wrote.

After she raised her sons, and as she got older, she missed her husband more than ever.

“I find myself thinking about how different things could and would be at this stage of my life if he were still alive. I have missed so much the opportunity to daily share the ups and downs of everyday life; just to have a tender touch or hug and be offered encouragement.”

She said no one at the parole board had ever been able to tell her that Inge showed any remorse for what he did.

She prayed for years to be able to forgive him, and finally did. But if he ever got out of prison, and she knew he was free — that’s a difficulty she can’t think about.

Biden: Economy rebuild is 'a marathon', not sprint

Biden: Economy rebuild is 'a marathon', not sprint

Judy Smith's letter to the parole board

Judy Smith of Lynchburg, with son Shane Smith, has tracked her husband’s killer’s parole eligibility since 1975. Last year, getting answers from the Virginia Parole Board was difficult, and case paperwork went missing.

The Virginia Parole Board notified inmate Earl David Inge in 2018 that he wouldn't be considered for geriatric parole until Feb. 28, 2021, and sent a copy to Judy Smith, the widow of the man Inge killed in 1975. But last year, when Smith learned that Inge was about to be released, the parole board had no record of the letter, she said. 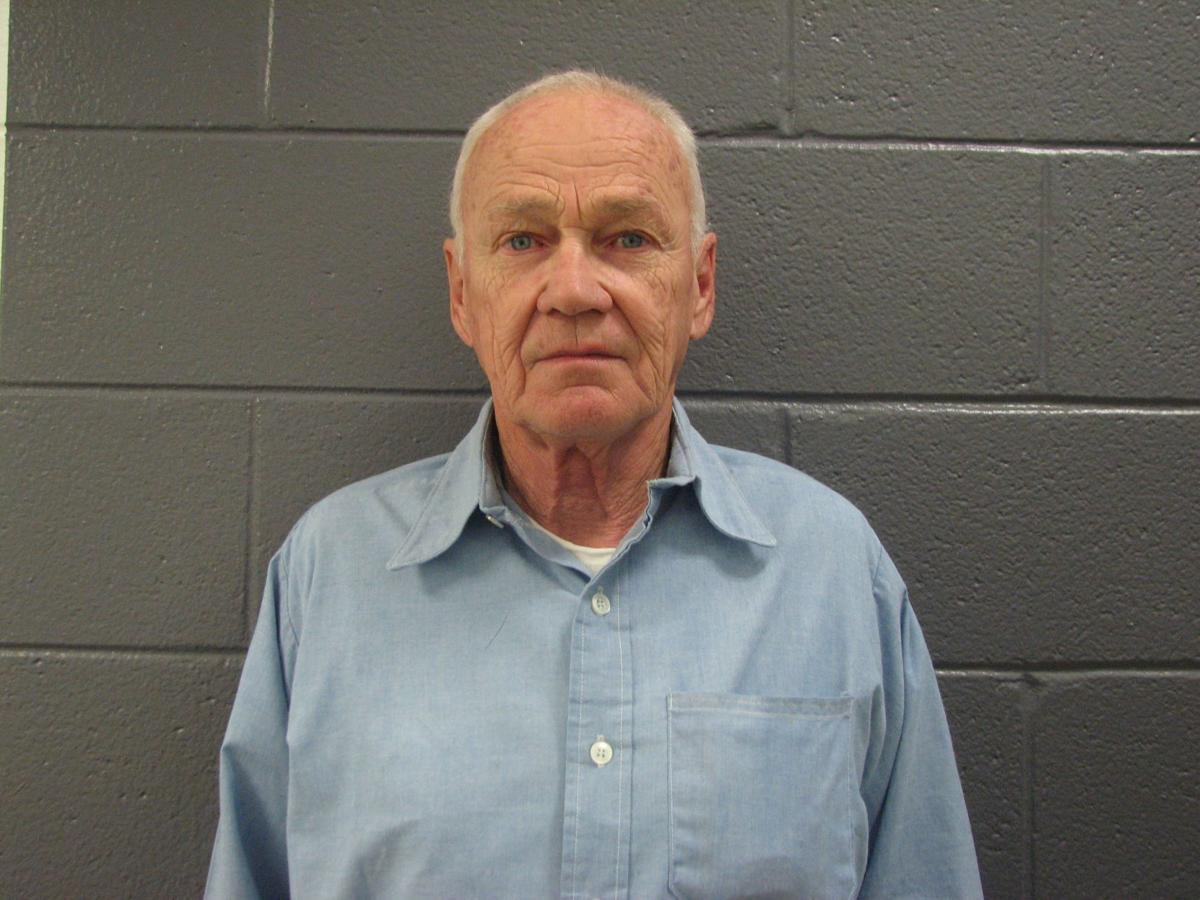