ROANOKE — Gov.-elect Glenn Youngkin courted members of the Democratic-controlled Senate on Friday, introducing himself to members before the second day of budget meetings held by the Senate Finance & Appropriations Committee.

Youngkin made brief remarks to the committee and other members of the Senate gathered at the Hotel Roanoke and Conference Center, honoring their commitment to public service and pledging to work with them after he is inaugurated as Virginia’s 74th governor Jan. 15.

“I think there is an extraordinary amount we can accomplish together,” he said after Senate Finance Chair Janet Howell, D-Fairfax, introduced him at the beginning of the budget session.

Unspoken was the high stakes political maneuvering that’s already quietly beginning to carry out Youngkin’s plans to cut taxes, with one-time refunds and cuts of about $2 billion and ongoing reductions of $1.5 billion.

In a brief interview, the governor-elect acknowledged Virginia’s soaring budget revenues will help him sell his plans in the 60-day General Assembly session that will convene Jan. 12.

“It’s clear there has been excessive taxation,” Youngkin said after leaving the meeting.

He referred to the $2.6 billion revenue surplus in the fiscal year that ended June 30 and projections by the assembly money committees this week that the state will have billions of dollars in additional revenue to spend in the next two-year budget.

The Senate committee and the House Appropriations Committee both expect outgoing Gov. Ralph Northam to revise this year’s projected revenues by at least 5%, generating between $3.3 billion and $3.5 billion in additional state funds this year that will be replicated in each year of the two-year budget Northam proposes next month.

“This provides ample opportunity to move forward with tax cuts and the rest of our day one agenda,” Youngkin said, a reference to his campaign pledge of immediate actions after taking office. “This is exactly what we expected it to be.”

Tax relief hasn’t been discussed publicly during the annual budget retreat, but Youngkin was accompanied in his informal introductions to senators before the meeting by Sen. Steve Newman, R-Lynchburg. Newman played a leading role in shaping a $1 billion tax relief plan the assembly adopted in 2019, just before Democrats won a 21-19 majority in elections that November.

Democrats will have no margin for party defections in crucial votes next year because Lt. Gov.-elect Winsome Sears, who appeared at the retreat for the second consecutive day, will break tie votes on legislation, except for the budget and the election of judges.

Sears was part of a Republican sweep of the top three statewide offices this month, along with Youngkin and Attorney General-elect Jason Miyares.

Howell, the first woman to chair the Senate Finance and Appropriations Committee, made no mention of policy in her brief introduction of the governor-elect.

“I’m looking forward to working with him to make our commonwealth even better than it is,” she said.

Youngkin acknowledged he expects “a fire hose, and the nozzle is turned on high” as he prepares to take public office for the first time after a career in the private sector that culminated as co-CEO of the Carlyle Group, a large private equity firm.

But he appeared to revel in personally greeting senators from both parties before the meeting, as well as former Sen. John Watkins, R-Powhatan, who served as a high-ranking Republican on the budget committee before retiring at the beginning of 2016.

“It’s fun,” Youngkin told Watkins outside the meeting room. “We’re off and running.”

“There is a basic tenet that 90 percent of life is showing up,” he added, “so I’m showing up.”

A lawsuit against Purpose Driven Events accuses the concert promoter of breach of contract for failure to pay for work performed.

A photo of her sitting behind Youngkin on Monday, shooting burning eyes at the new governor, has already been turned into a meme.

Virginia’s gradual increase of the state’s minimum wage — which Democrats set in motion in 2020 — will move ahead despite GOP efforts to thwart it.

Virginians with no symptoms should avoid using up the state's strained supply of COVID-19 tests, Gov. Glenn Youngkin said Thursday, as the state works to refocus its supply of tests to hospitals, nursing homes and schools.

A serial sexual assailant who accosted or attacked seven young women in the Fan District between 2015 and 2018 was sentenced to serve 87 years in prison Thursday. The punishment will be served consecutively to a 127-year prison term the Colonial Heights man received last summer for sexually assaulting three other women.

RICHMOND — Two Richmond residents living near the site where a statue of Confederate Gen. Robert E. Lee stood for more than a century have asked the U.S. Supreme Court to overturn a ruling by the Supreme Court of Virginia that let state officials remove the towering monument.

VSU will no longer require vaccines for employees, joining at least four other state colleges.

Gov. Glenn Youngkin will appoint Carrie Roth to lead the Virginia Employment Commission, an embattled state agency that has struggled to process and pay almost two million claims for unemployment benefits in the COVID-19 pandemic.

Gov. Glenn Youngkin backed off his pledge to try to remove Virginia from the Regional Greenhouse Gas Initiative through “executive action,” saying in his executive order Saturday that he wants a state regulatory board to do it. 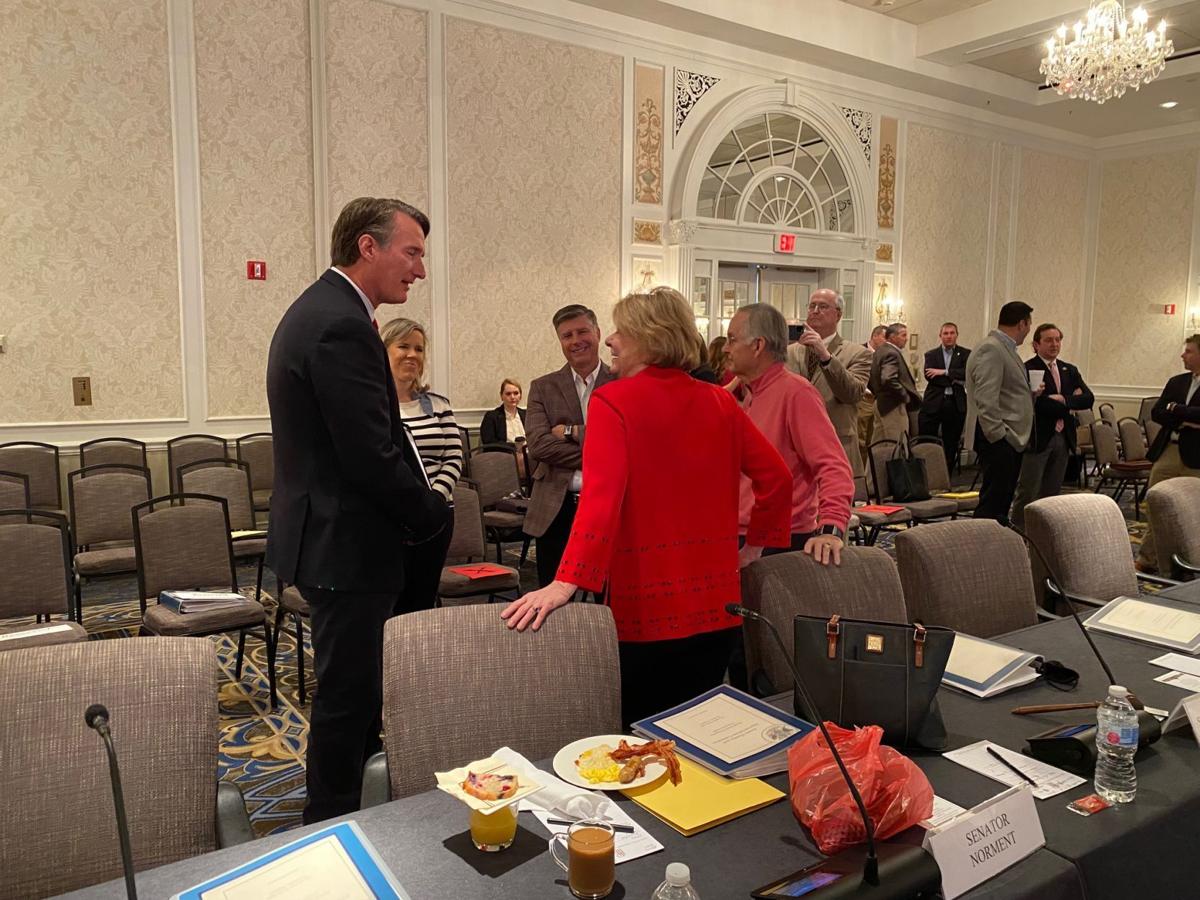 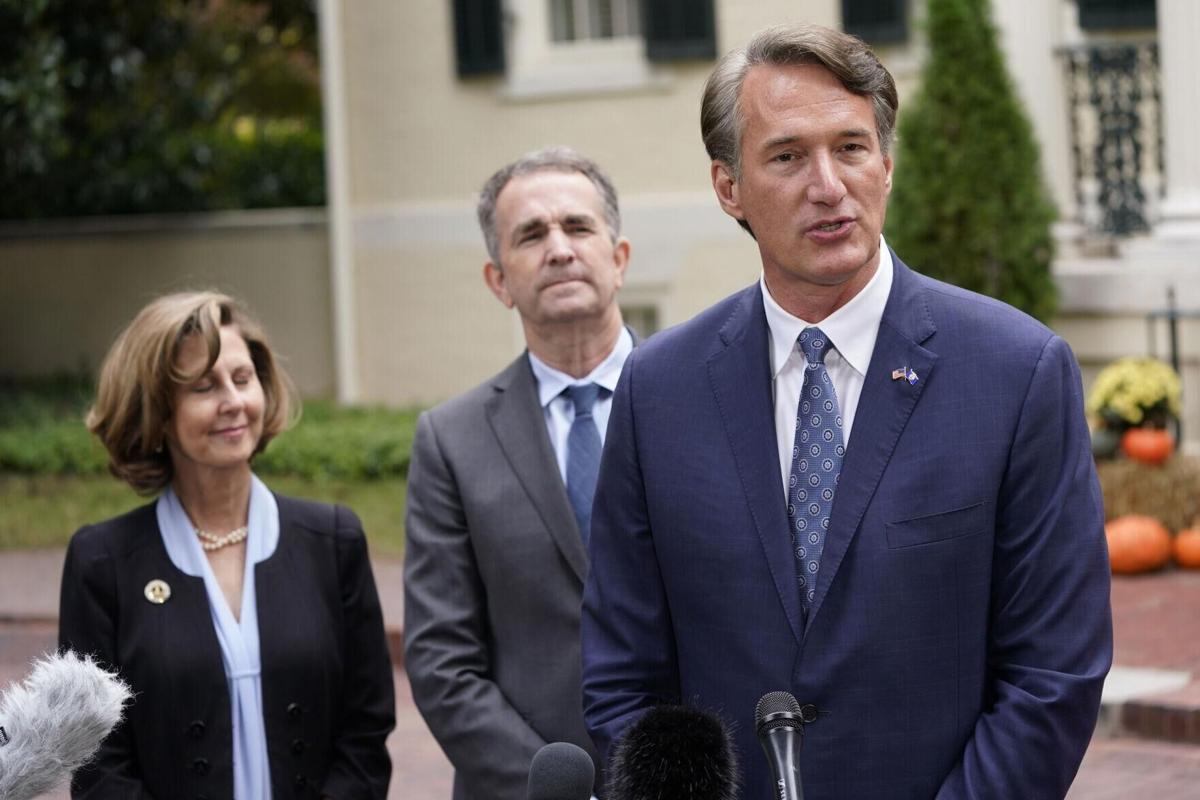