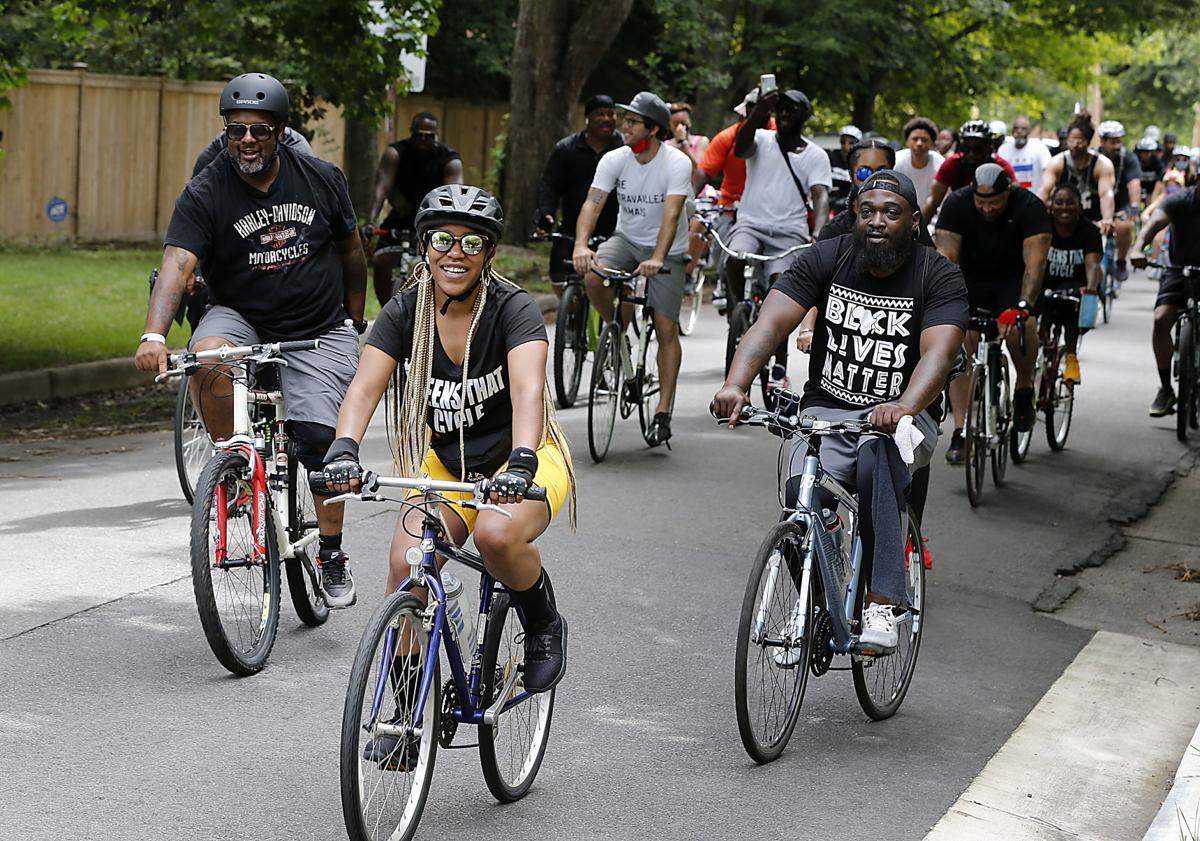 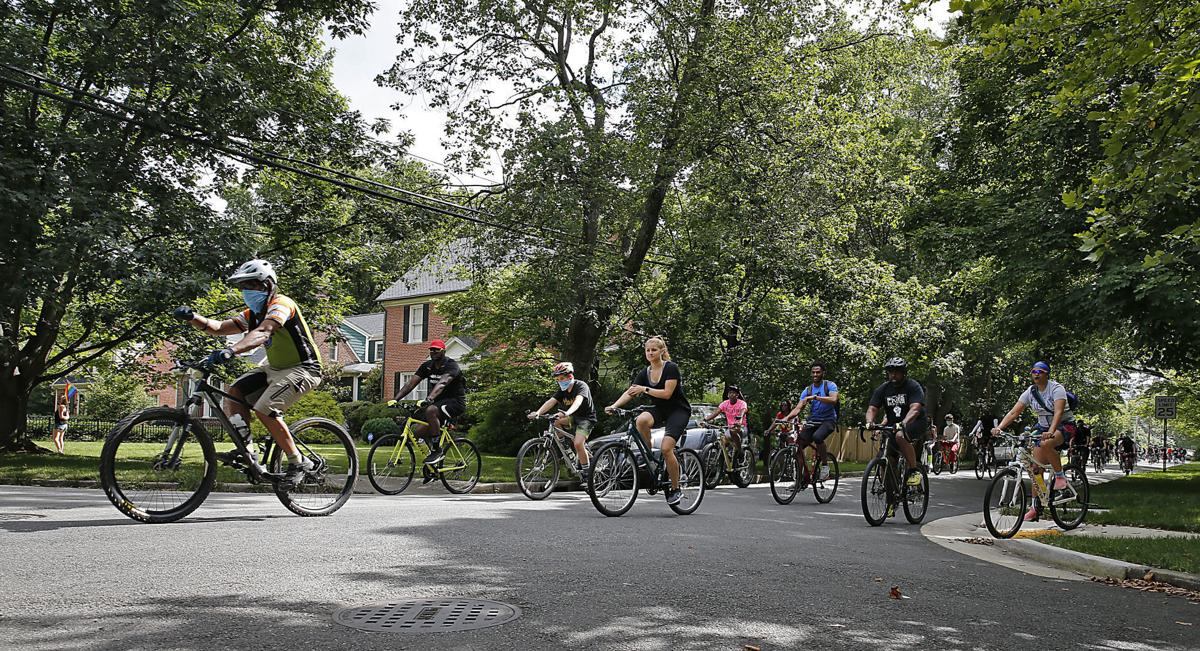 RICHMOND — Kevin McCoy and his 14- year-old son, Kevin Jr., leaned on their bikes in the John Marshall High School parking lot as they waited for the Black Lives Matter Fathers’ Day bike ride to begin.

McCoy — who also has a daughter who recently graduated from the University of Maryland — said he hasn’t come out to any protests yet.

But on Sunday, he and his son hopped on their bicycles to support the cause.

“We’re all standing for the same thing,” McCoy said. “I feel a lot of love here.”

Amid a nationwide reckoning with racial injustice, McCoy said he’s focused on being a mentor to Kevin Jr., who will start high school this fall.

McCoy and his son were among hundreds of others who woke up early on Fathers’ Day morning to embark on a 10-mile bike ride through Richmond. The ride, organized in partnership with the Urban Cycling Group, was the third and final event in a string of celebrations for Petersburg native and recording artist Trey Songz’ Black Lives Matter weekend.

Halfway through the route, the cyclists stopped to gather at the paint-saturated pedestal of the Robert E. Lee statue on Monument Avenue, which towered 60 feet above the thoroughfare largely undisturbed for 130 years until demonstrators protesting police brutality made it their canvas.

Hoisting their bikes and fists into the air, the group chanted “Black lives matter” while onlookers and participants snapped photos. Gov. Ralph Northam has said the state intends to remove the statue; an injunction currently blocks the move.

Tyrell Robertson and his 7-year-old daughter climbed onto the monument for a picture, too, on Sunday. They shared a tandem bicycle for the ride, which Robertson said “takes a little getting used to.”

Robertson is no stranger to social movements — but now, as the father of two children, the Black Lives Matter cause has taken on a particular importance.

And it’s critical to get young people involved.

“I’ve been a victim of colonialism and racial oppression my entire life, so were my parents,” he said. “Now, it’s another generation. The earlier we get them involved in it, the sooner that we can provide them with the tools necessary to change the state of affairs.”

Like McCoy, Trevor, who preferred not to share his last name, hadn’t yet attended a protest, but said he came out to the bike ride because it felt more family-oriented. He and his family try to stay active, he said — they like to bike, canoe and play basketball.

Trevor’s wife and daughter stayed home for some extra sleep Sunday morning, but his 10-year-old son came along with him.

“You have to be so socially conscious as a Black man — you don’t have a choice,” Trevor said. “This gives me an opportunity to give my son a healthy outlet to express his some of his feelings on some of the things that we’re gonna go through.”

Trevor said he doesn’t have any other major plans for the day — just to spend time with his wife, daughter and son.

BILLINGS, Mont. (AP) — After a U.S. energy boom and strong backing from President Donald Trump propelled a major expansion of the nation’s spr…

NEW YORK (AP) — A national coalition of labor unions, along with racial and social justice organizations, will stage a mass walkout from work …

Boston (AP) — The coronavirus pandemic has been a rollercoaster for state lotteries across the country, with some getting a boost from the eco…