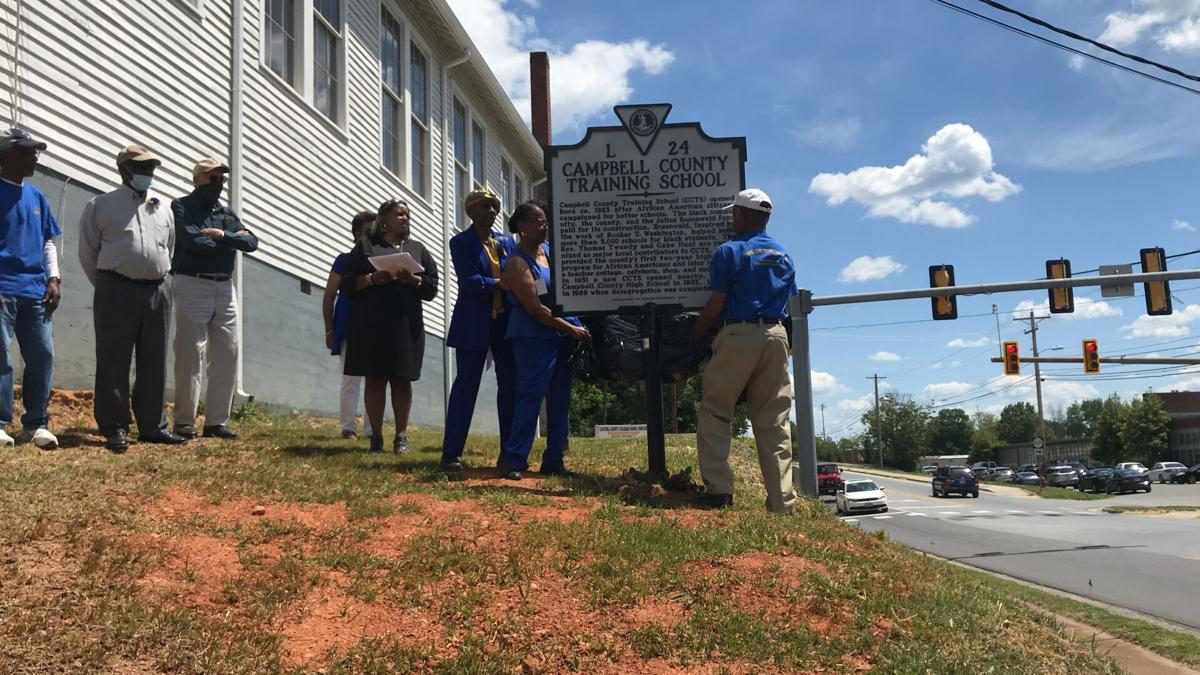 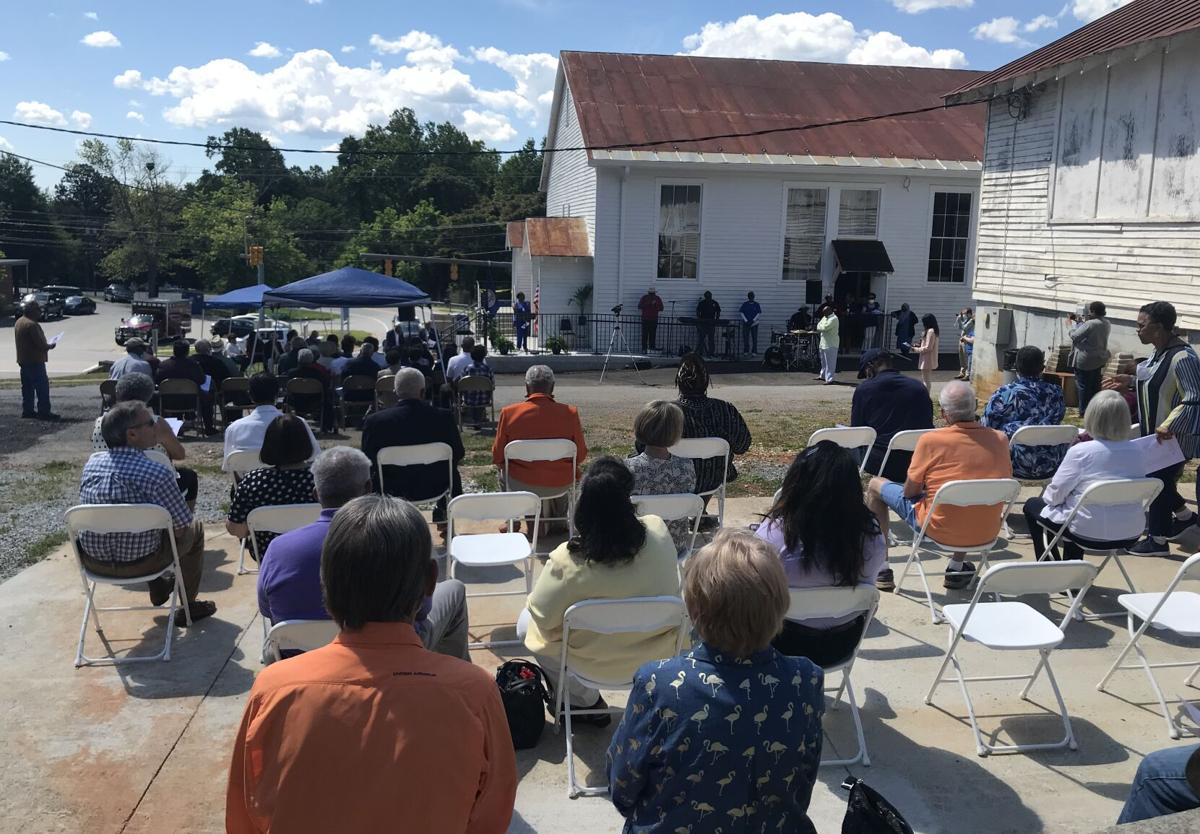 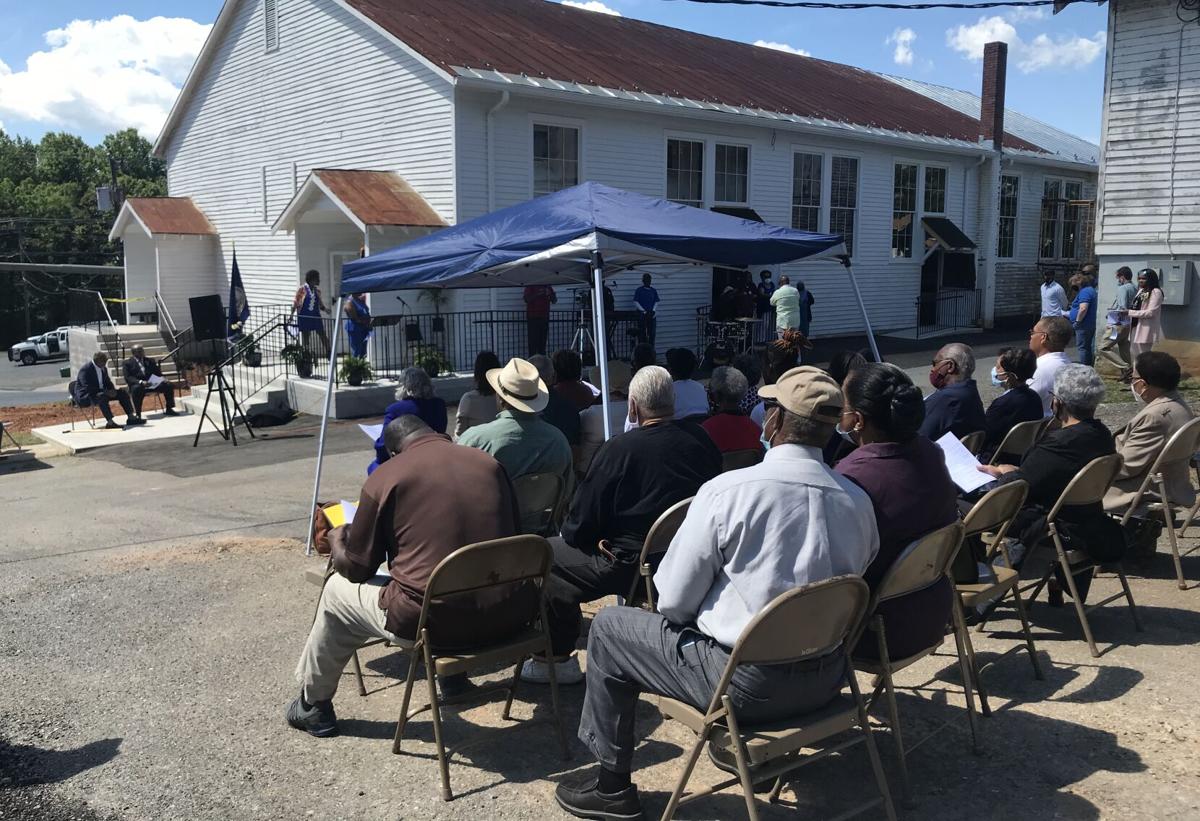 Dozens listen to the ceremony at the Campbell County Training School on May 15, 2021. 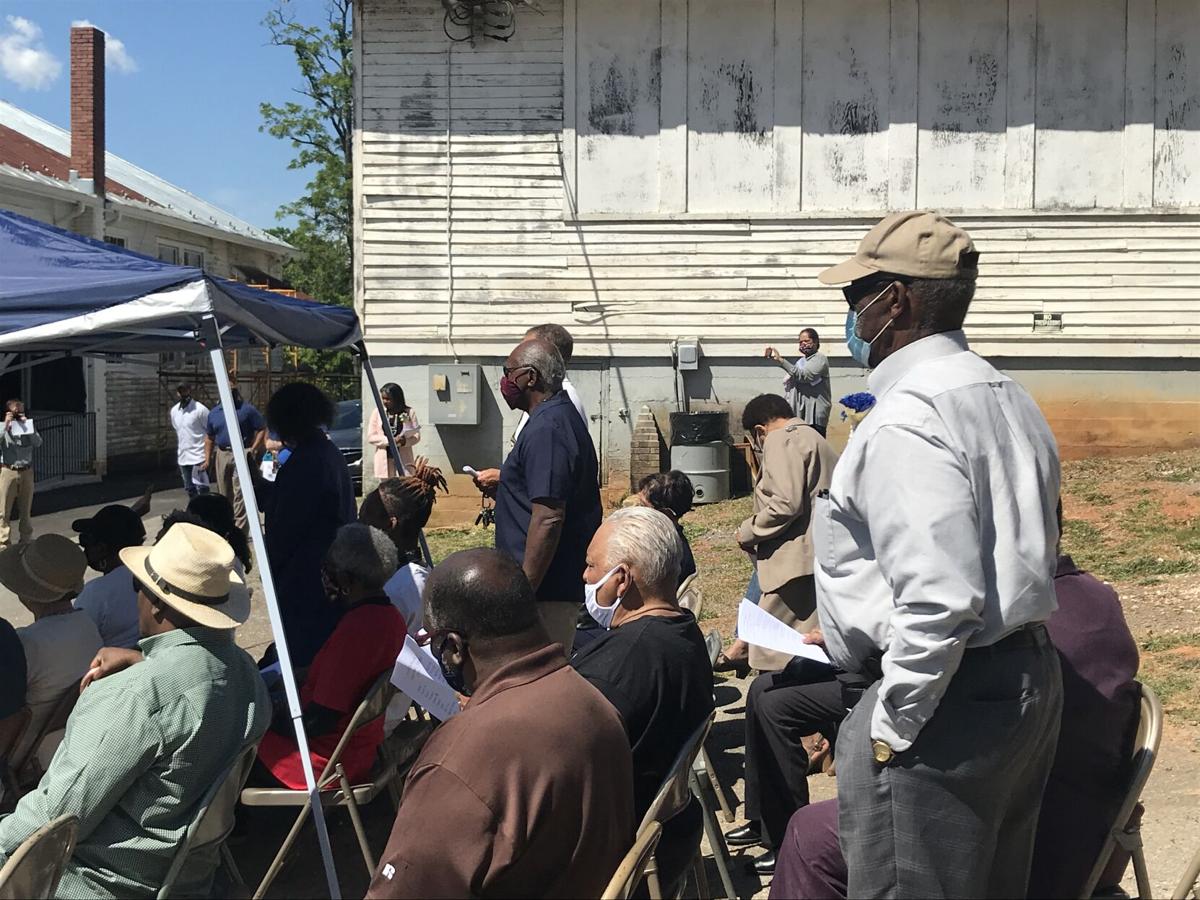 Former members of Rosenwald schools stand to be recognized at the unveling ceremony of the new historical marker at the Campbell County Training School on May 15, 2021. 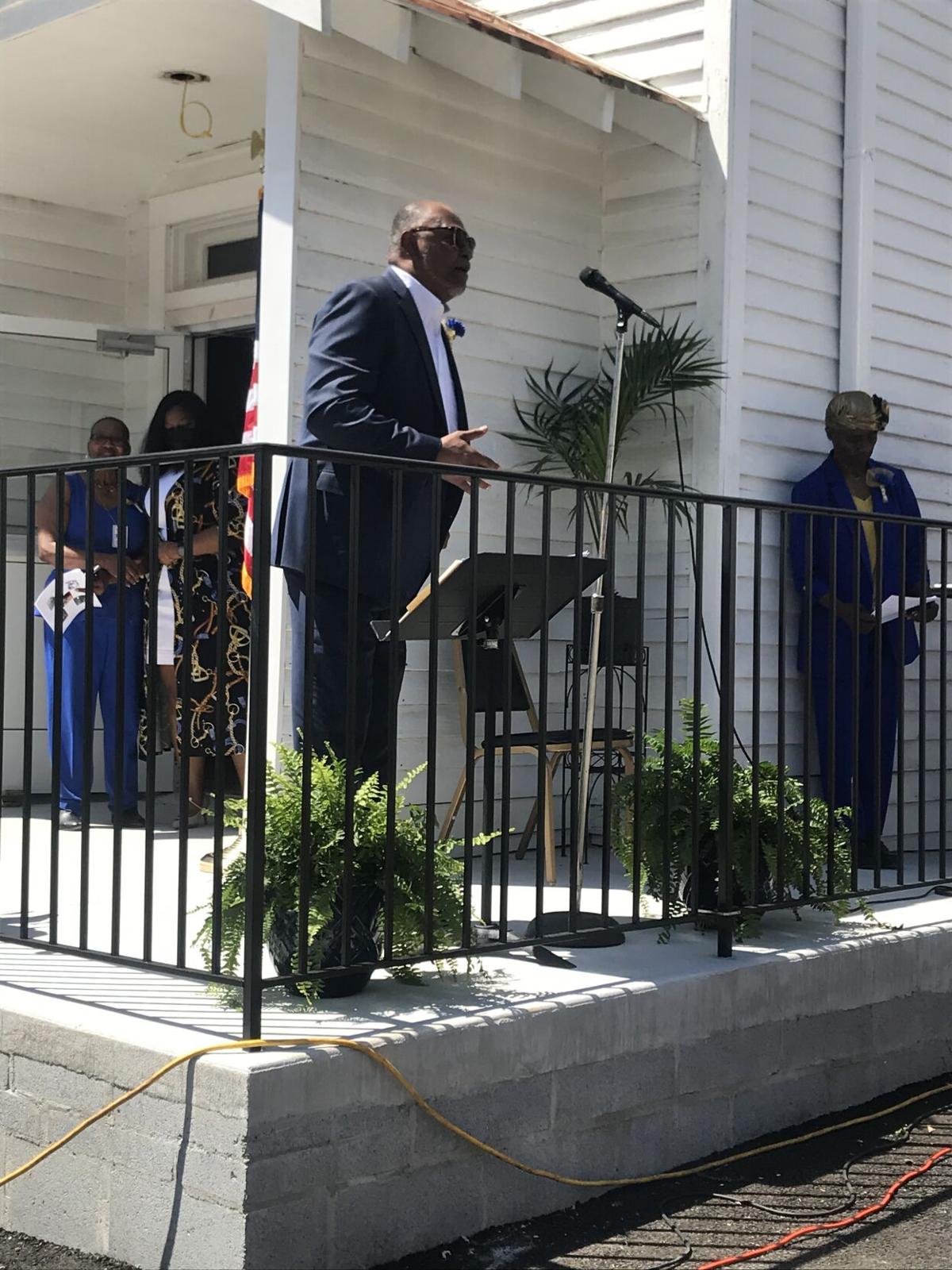 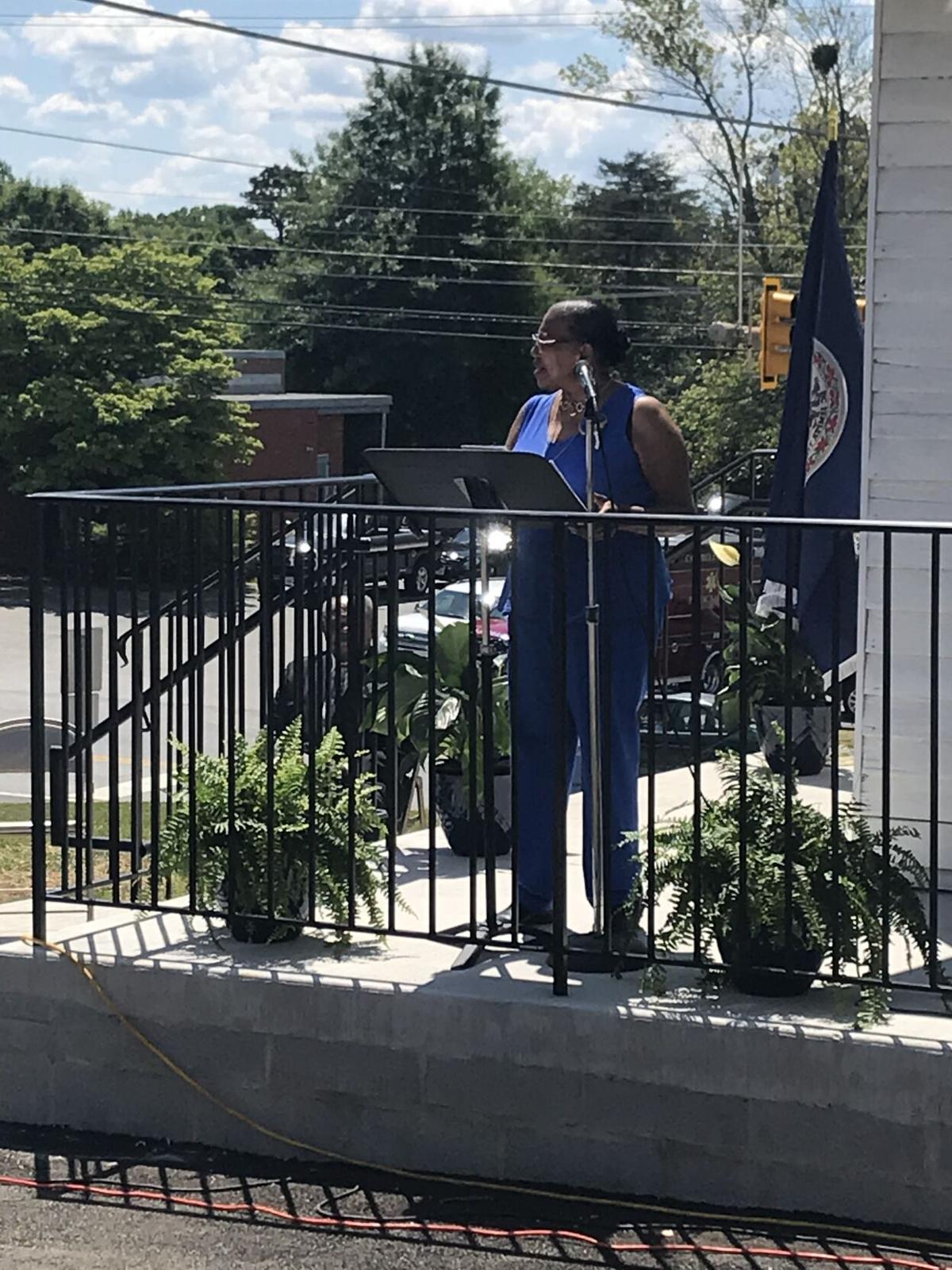 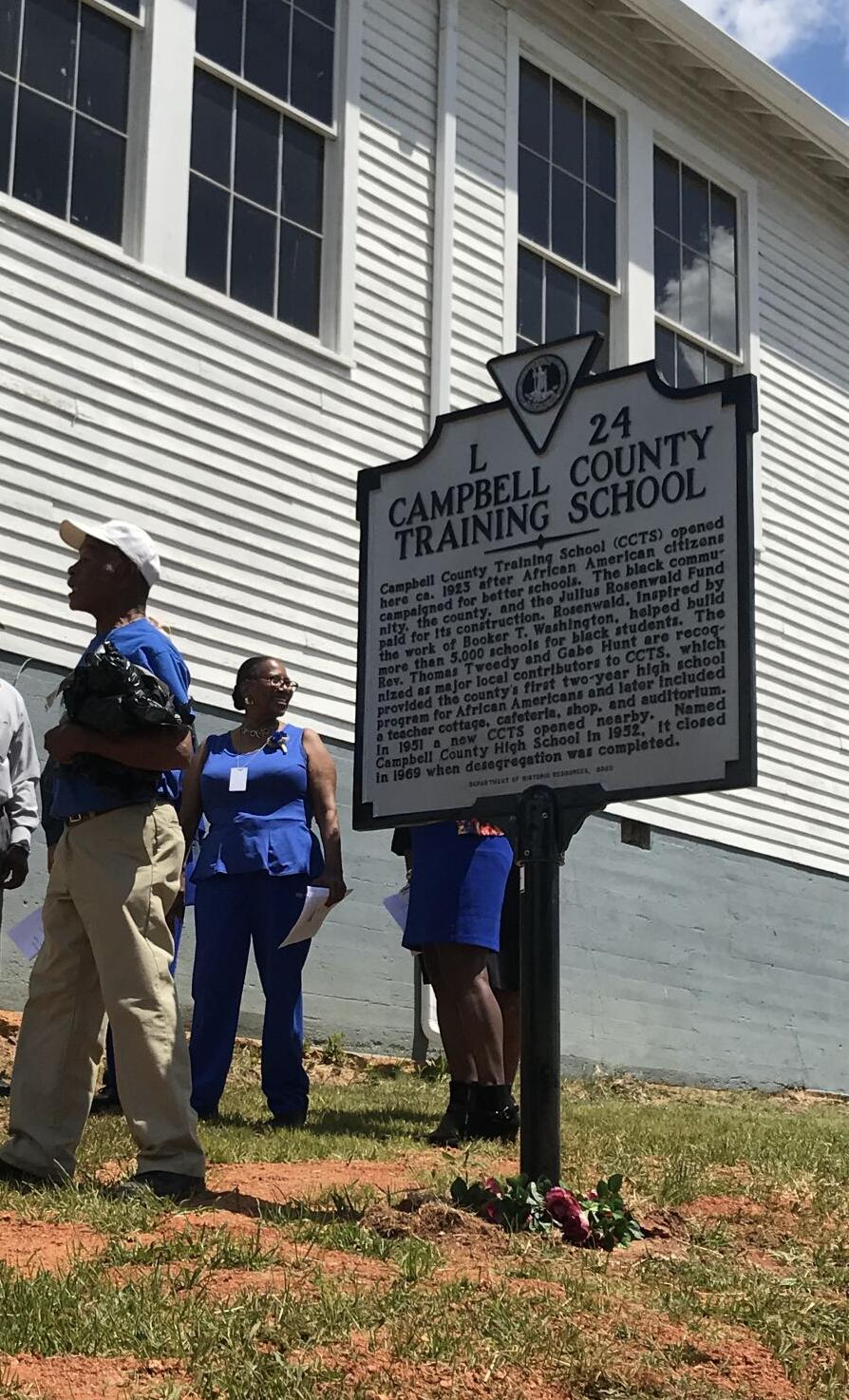 The new historical marker honoring the Campbell County Training School is pictured May 15, 2021. 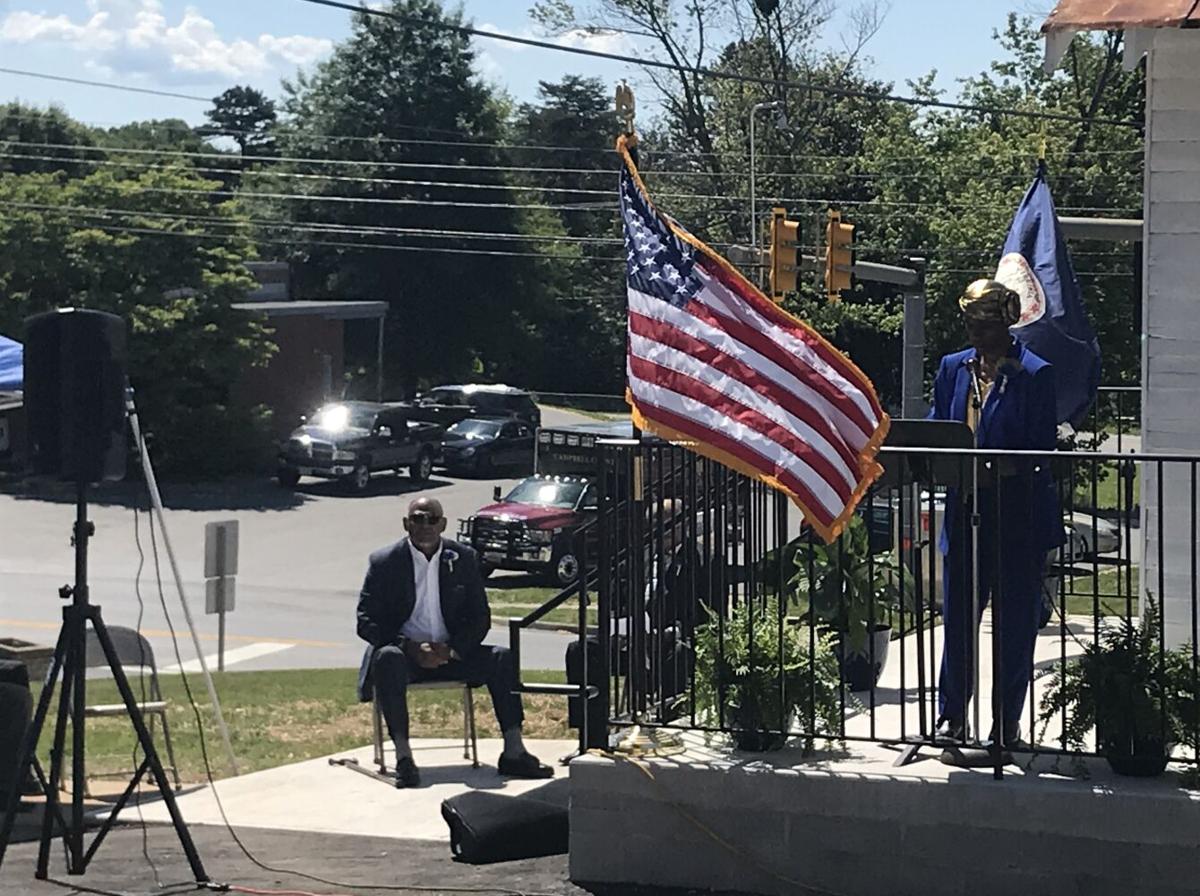 Mistress of Ceremonies Delores Nash Hicks welcomes the dozens of people in attendance to dedication ceremony at the Campbell County Training School on May 15, 2021.

A new historical marker from the Virginia Department of Historic Resources was unveiled Saturday highlighting the Campbell County Training School, a Rosenwald-funded school which opened in the early 1920s that sought to provide Black students a better education.

"It means that when people pass by they will understand that there is a history on this spot," said the Rev. Millicent Nash, chairperson of the Campbell County Training School Complex Committee. "Not only a history of African-Americans, but it is a history of this county and a history of our state."

Saturday's unveiling ceremony featured comments from county officials and leaders as well as board members of the Campbell County Training School Complex Committee — a group dedicated to the restoration of the historic complex — and featured music from the Silver Grove Baptist Church men's chorus.

The nearly century-old building opened for African American students in 1923 and was built through the financial support of the the local Black community, Campbell County and the Julius Rosenwald Fund, according to a release from the Department of Historic Resources.

Julius Rosenwald, president of Sears, Roebuck and Company, was inspired by the work of Booker T. Washington, of the Tuskegee Institute, and helped finance the construction of more than 5,000 schools in the early 20th century designed to improve education for Black children in rural America, the release states.

About 380 of those schools found a home in Virginia.

Text from the historic marker states the Rev. Thomas Tweedy, former pastor of Spring Baptist Church, and Gabe Hunt, an ex-slave and a Confederate soldier, also were major local contributors to the school.

Located at 1470 Village Highway in Rustburg, the Campbell County Training School opened after Black citizens campaigned for better schools during the era of segregation. CCTS, or "the hill" as it sometimes referred to, provided the first two-year high school program for students of color in the county.

CCTS eventually expanded to include a teacher cottage, cafeteria, shop and auditorium, and four of the five buildings remain on the property today.

In 1951, the county opened a new CCTS, which later became Campbell County High School, and eventually closed in 1969 following desegregation of the county's schools, the release states.

Currently, renovations are focused on repairing the auditorium's exterior, consisting of scraping off old paint and replacing windows. Money as well as manpower have been hurdles in the renovation process, Nash said.

Rev. Reginald Herndon, President of the Campbell County branch of the NAACP, said when repairs are finished the complex will be a place the county can admire.

"We would love to have enough money to do it all at one time but because that’s not the case we’re doing this brick by brick the same way it was built the first time brick by brick. We’re focused and committed, we’re going to get it done no matter how long," Herndon said.

Taryn Anthony, a visionary of the CCTS renovation project, spoke at length about her grandparents, who were former students of the school and helped her carry out her research of the complex.

She said CCTS and other remaining Rosenwald schools now hold the stories and history of students' experiences that for too long were "unseen, unheard and without value."

The Virginia Department of Historic Resources in 2018 added CCTS to the Virginia Landmarks Register. Manufacture and installation of the marker was approved in June and payed for by the CCTSCC, according to the release.

Nash said the historical marker will help draw attention to the complex and its needs for preservation.

"Whether its finances, whether it's a skill set, it does open doors," Nash said.

Campbell County Training School (CCTS) opened here ca. 1923 after African American citizens campaigned for better schools. The black community, the county, and the Julius Rosenwald Fund paid for its construction. Rosenwald, inspired by the work of Booker T. Washington, helped build more than 5,000 schools for black students. The Rev. Thomas Tweedy and Gabe Hunt are recognized as major local contributors to CCTS, which provided the county’s first two-year high school program for African Americans and later included a teacher cottage, cafeteria, shop, and auditorium. In 1951 a new CCTS opened nearby. Named Campbell County High School in 1952, it closed in 1969 when desegregation was completed.

Watch a zookeeper help penguins share their Christmas wishes at the London Zoo.

Dozens listen to the ceremony at the Campbell County Training School on May 15, 2021.

Former members of Rosenwald schools stand to be recognized at the unveling ceremony of the new historical marker at the Campbell County Training School on May 15, 2021.

The new historical marker honoring the Campbell County Training School is pictured May 15, 2021.

Mistress of Ceremonies Delores Nash Hicks welcomes the dozens of people in attendance to dedication ceremony at the Campbell County Training School on May 15, 2021.