July 4, 1936 - July 27, 2020 James Robert, "Moose" Allen, 84, of Punta Gorda, Florida, passed away on Monday, July 27, 2020, at his Leesville Lake, Virginia, residence. He was the husband of Mildred "Mitzy" Leachman Allen. Born on July 4, 1936, in Royal Oak, Michigan, he was the son of the late Robert Bernard Allen and the late Dorothy Mae Miller Allen. Moose was a loving son, husband, father, grandfather, great-grandfather and friend. He was raised in Dearborn, Michigan, where he was an Eagle Scout and an accomplished athlete. He attended Eastern Michigan University on a football and track scholarship. Upon graduation in 1958, he was commissioned as an officer in the U.S. Marines with assignments in Quantico, Virginia, Okinawa, Japan, and Albany, Georgia. Following active duty, he served in the FBI for 23 years, primarily in central Virginia, until his retirement in 1986. Moose was a devoted patriot who loved his country and the U.S. military. He had many hobbies, including boating and competitive water skiing, traveling with Mitzy in their motorhome, and SCUBA diving. During retirement, Moose and Mitzy spent several months each year on their live-aboard trawler in southwest Florida, often taking week-long excursions to the Keys and the Bahamas. Moose was also a federal firearms instructor and a steadfast member of the NRA. He was a loyal friend who never met a stranger, and loved helping friends and family with construction projects. In addition to his wife, James is survived by his four children, Catherine Beal and her husband, James, of Stuttgart, Germany, Robert Douglas Allen and his wife, Kimberly, of Newport, N.C., James David Allen and his wife, Dannie, of Rockingham, Va., and Cara Allen Riggs and her husband, Matthew, of Fountain Inn, S.C.; eight grandchildren, four great-grandchildren, and other loving family members and friends. A private memorial service will be held at a later date. In lieu of flowers, memorial contributions may be made to The Marine Corps-Law Enforcement Foundation, 273 Columbus Avenue, Suite 10, Tuckahoe, NY 10707, or to Wounded Warrior Project, P.O. Box 758516, Topeka, KS 66675-8516. To send online condolences to the family, please visit www.whittentimberlake.com. Whitten Timberlake Chapel is serving the family, (434) 239-0331. 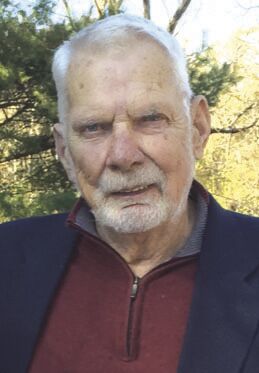