Joseph Jeffery Carson, age 59, of Lynchburg, transitioned on Monday, July 27, 2020, at Centra Lynchburg General Hospital. He was born on June 11, 1961, to the late Dorothy Carson and Beverly Burks. Joseph, affectionately known as "Joe", joined the New Life Baptist Church at an early age. Joe was employed as a CNA for many years at Centra Bedford Memorial Hospital and later at Lynchburg Health and Rehabilitation. Those left to cherish his memory are his wife of 34 years, Jennifer Carson; two children, Brian and Briana Carson; his grandchildren (Papa's babies), Nevajah, Zamar, Nakaylah, Anari and Zariyah; sister, Wanda Clark; brother, Reggie (Carolyn) Carson; a special niece, Louisa Carson; his in-laws, Pamela Garrett, Winston (Sheila) Wright, Douglas (Loretta) Wright, Melinda Cunningham, Mark, Maxine, Clarissa and Devon Wright; a host of nieces, nephews, aunts, uncles, other relatives and friends. Graveside services will be held on Saturday, August 1, 2020, at 11 a.m. at Fairmont Cemetery, Bedford. Friends may view on Friday, July 31, 2020, from 6 until 8 p.m. at the Bedford Funeral Home. *Due to COVID 19, masks are required. Arrangements by Bedford Funeral Home.

+1
+1
To plant a tree in memory of Joseph Carson as a living tribute, please visit Tribute Store. 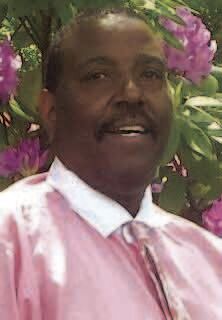