Captain Joe DeMato passed away at his home in Forest, Virginia on Friday, October 25, 2019. He was born in Kearny, New Jersey and attended Indiana University where he majored in music. He was a lifelong member of The Salvation Army Church. After college, Joe enlisted in the U.S. Airforce and was stationed in Long Island New York and played trombone with the U.S. Airforce band. Among the places the band performed in the metro New York City area were the Lincoln Center, Carnegie Hall, Rockefeller Center and many parades on 5th Avenue. Joe devoted his life and career to serving others as a Salvation Army pastor and as the State Service Unit Director of the Salvation Army for 44 years. While serving with the Salvation Army, Joe played in the National Capital Band and traveled both nationally and internationally ministering to people through brass band Christian music. The band performed at the Kennedy Center, National Cathedral, and the Jefferson and Lincoln Memorials in Washington D.C. Joe also played trombone in the Lynchburg Symphony Orchestra for several years. He served as Chaplain to the Salvation Army Band and as Chaplain to the 7th Armored Division Association. Joe was currently a member of the Forest Rotary Club and the club's Chaplain. The Rotary Foundation of Rotary International awarded him the honor of being a Paul Harris Fellow for tangible and significant assistance for promoting understanding and friendly relations among peoples of the world. He also was the Bandmaster at his local Salvation Army Church. Joe was recognized for his benevolent work with the Honorable Order of Kentucky Colonels by the Commonwealth of Kentucky. Joe was a devoted husband, father, grandfather, and friend. He is survived by his loving wife, Doris, of 35 years; sons, Joe Jr. and daughter-in-law, Elaine, Eric Greene and daughter-in-law, Kathy; and grandson, Angus. Joe's youngest son, Steven, preceded his father in death. Joe lived his life by the motto "service above self". He touched the lives of numerous family members and friends throughout his life and ministry. Joe was an inspiration to others and will be dearly missed. A Celebration of Life memorial for Joe will be held on Saturday, November 23, 2019, at 11 a.m. at The Salvation Army church at 2215 Park Avenue, Lynchburg, Virginia. A reception in the fellowship hall will follow the service.

+1
+1
To plant a tree in memory of Joe Demato as a living tribute, please visit Tribute Store.
Load entries 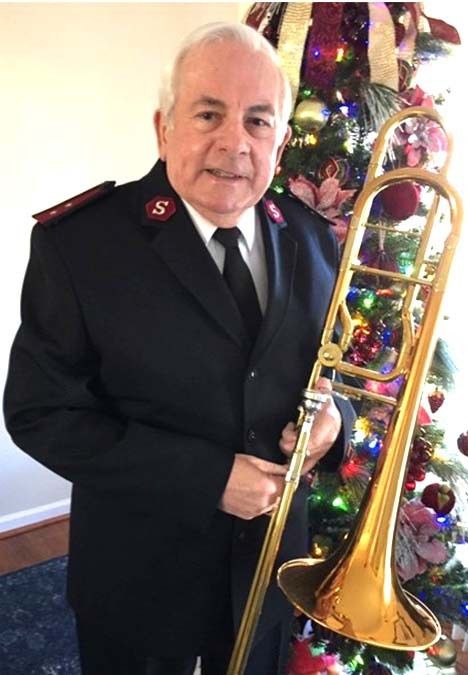