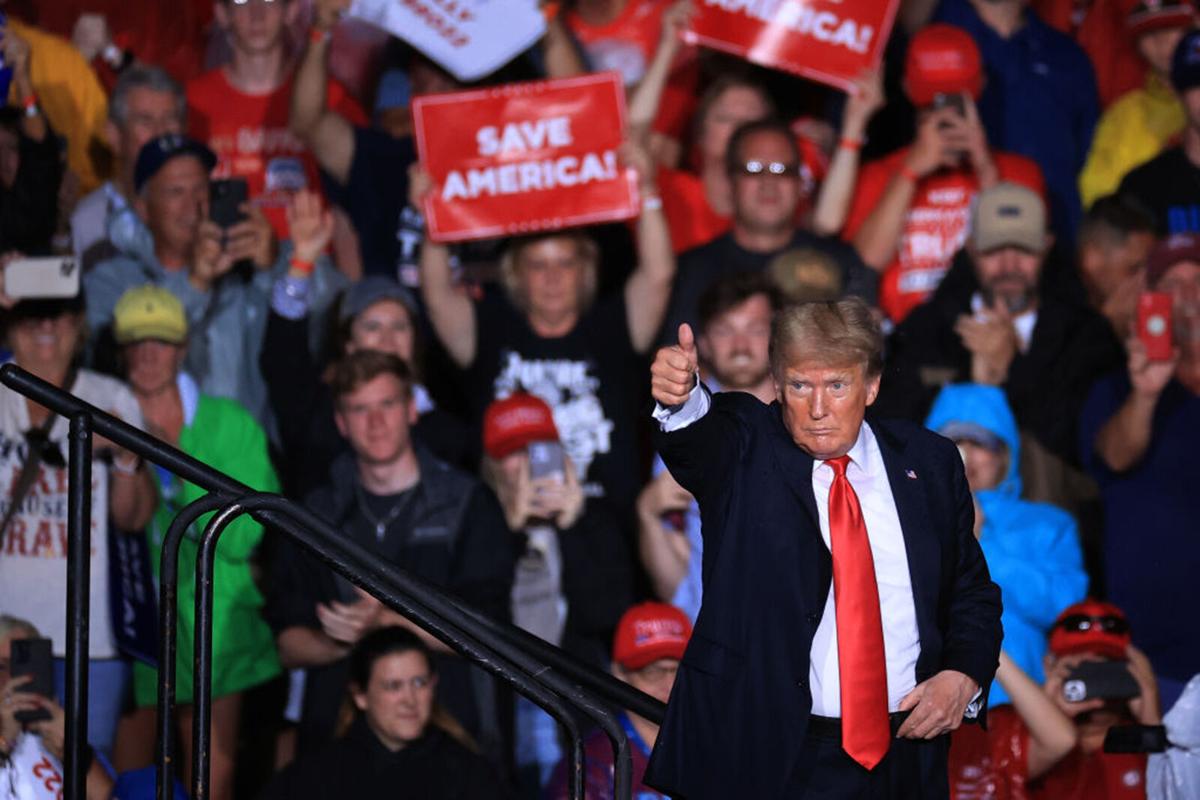 In 2020, many on the right had modest hopes for President Biden.

The hope hinged on the not implausible theory that he would govern as a centrist because that’s how he campaigned. Biden did markedly better than Hillary Clinton’s 2016 performance with Republican-friendly constituencies. Indeed, 7% of 2016 Republican Trump voters defected to Biden in 2020. Even Sen. Ron Johnson, R-Wis., caught on hidden camera, admitted that Trump-hostile Republicans delivered Wisconsin to Biden, even as they voted for other Republicans on the ballot.

Fast-forward several months. Biden has not governed from the center. If you think he has, great. We can argue about that another time. But going by the polls and focus groups, a lot of right-of-center voters don’t see it that way. Which is why Democrats are facing a midterm bloodbath.

Moreover, the rift caused by Trump’s Capitol riot has largely closed in Trump’s favor. Most elected Republicans no longer denounce his election lies and refuse to tell the truth about Biden’s victory. Worse yet, the GOP establishment is turning a blind eye to state-level efforts to pave the way for Trump to circumvent the popular vote should he run in 2024.

In response to all this, many anti-Trump Republicans want to double down on the vote-for-Democrats gambit. Liberal Republican Christine Todd Whitman and Miles Taylor (the “Anonymous” former Trump administration critic) argue in the New York Times that “Rational Republicans are losing the G.O.P. civil war. And the only near-term way to battle pro-Trump extremists is for all of us to team up on key races and overarching political goals with our longtime political opponents: the Democratic Party.”

The only problem: It won’t work. Asking right-of-center voters to vote for Democratic senators and representatives who take the opposite positions on abortion, guns, foreign policy, and tax-and-spending issues for “democracy’s sake” is a heavy lift, even if you can convince them that democracy is really at stake. Biden has made that lift far heavier by making it clear that he wants right-of-center voters to compromise on everything, while he compromises on little or nothing.

Perhaps there’s another way. The primary system is the GOP’s Achilles’ heel because it makes a mere plurality of the vote a de facto majority of the vote. A recent Pew survey found that 44% of Republicans want Trump to run again. As 2016 showed, that’s more than enough to win the nomination in a crowded field. The same dynamic explains why Republican congressional candidates kowtow to Trump — they’re afraid of his primary voters. And right now, there is no countervailing pressure within the party.

So why not create pressure outside of it? Specifically, a third party with a simple, Reaganite conservative platform combined with a serious plank to defend the soundness of elections? For simplicity’s sake, think of it as a GOP minus the Trump personality cult.

If a Republican candidate met its requirements, a new party of the right could endorse the Republican, the way New York’s Conservative Party does. If not, a non-Trumpy candidate could play the role of spoiler by garnering enough conservative votes in the general election to throw the election to the Democrat.

I have always been — and remain — a skeptic of third parties, because they punish the party they have the most in common with. The historian Richard Hofstadter famously quipped, “Third parties are like bees: once they have stung, they die.”

But in this scenario, that’s a feature, not a bug. The point is to cause the GOP some pain for its descent into asininity. Giving conservatives turned off by both the Democrats and the Trumpified GOP a way to vote their conscience in the general election would put political pressure on Republican candidates to curtail their Trump sycophancy. It would also serve to remind the GOP that if you abandon conservative principles, conservatives might abandon you.

Jonah Goldberg: The trouble with ‘Build Back Better’ is no one really wants to pay for it

Here is a very basic fact: People tend to like getting stuff for free. Ask most people, “Do you want a fancy new Mercedes?” and they’ll likely…

Confession time: I’m open to raising taxes. As a lifelong conservative, making this case comes as easily as arguing for a weak national defens…

Jonah Goldberg: Biden’s foreign policy: Too leftist or too Trumpist?

It’s one of the strange ironies of American politics. Few things are as politically polarizing as foreign policy, and yet it’s on foreign poli…