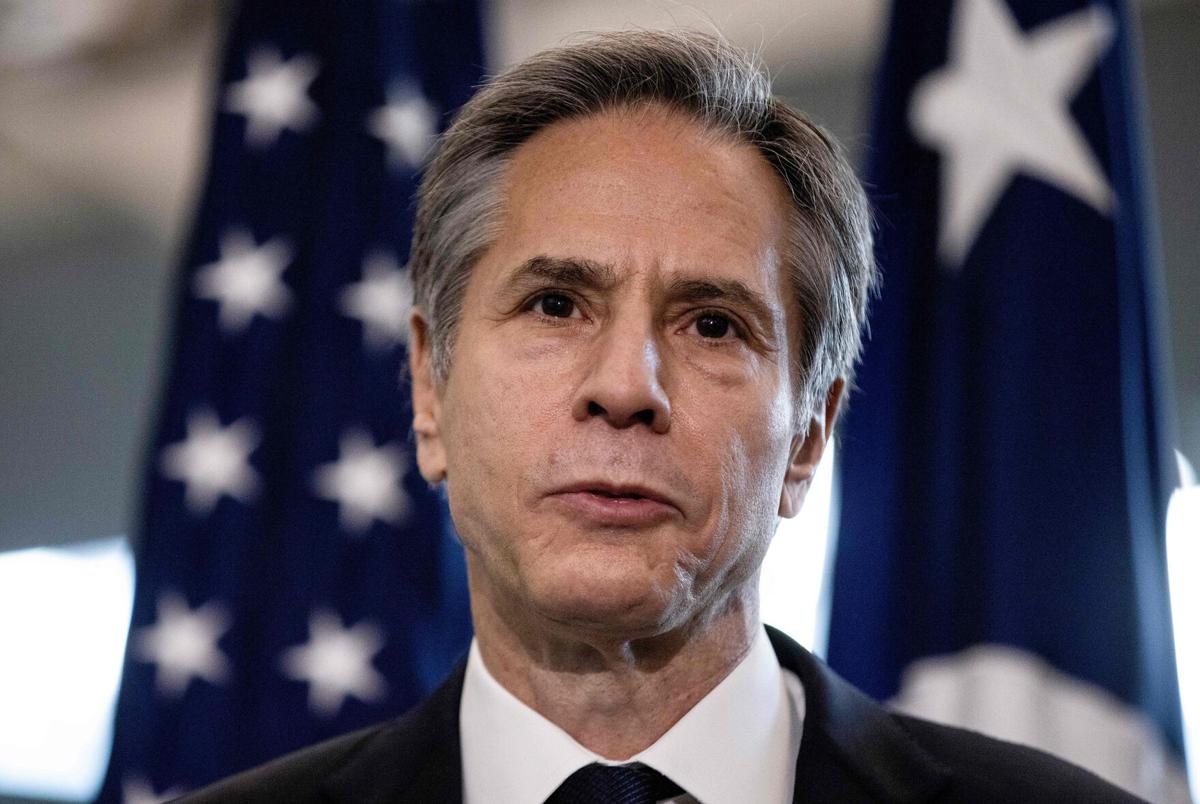 In the recent diplomatic confrontation between U.S. and Chinese senior diplomats, Secretary of State Antony Blinken had a chance to bolster America’s case by speaking the language of patriotism. He came up short.

Last month, China and the United States met in Anchorage for the first high-level talks between the two governments since Joe Biden was elected president. It was supposed to begin with a photo op and brief opening statements from each side. Instead, we got a preview of how ill-prepared America is to deal with an ascendant China.

Secretary of State Antony J. Blinken, it could be said, started it. In his initial remarks, Blinken said the U.S. wanted to “discuss our deep concerns with actions by China, including in Xinjiang, Hong Kong, Taiwan, cyberattacks on the United States and economic coercion toward our allies.”

The Chinese delegation was prepared for this “provocation.” Yang Jiechi, director of the Central Commission for Foreign Affairs of the Chinese Communist Party, launched into a 16-minute tirade against America, accusing the U.S. of condescension toward China.

Much of Yang’s indictment seemed cribbed from the old Soviet playbook. American democracy is deeply flawed, Americans have no right to judge China, the U.S. is imperialist, etc. “The challenges facing the United States in human rights are deep-seated,” Yang said. “They did not just emerge over the past four years, such as Black Lives Matter.”

Blinken’s response was disappointing. In our pursuit of creating a “more perfect union,” we “make mistakes, we have reversals, we take steps back,” he conceded. “But what we’ve done throughout our history is to confront those challenges openly, publicly, transparently, not trying to ignore them, not trying to pretend they don’t exist, not trying to sweep them under a rug.”

Of course, there’s merit to what Blinken said, but it’s what he didn’t say that is the problem. If you read Yang’s remarks in isolation, his indictment of the U.S. is defensible. But it’s the context that matters. China’s position is America’s failures and flaws are so deep and so profound, it has no right and no moral standing to condemn the actions and policies of the Chinese government.

Yes, America has flaws. But we fall short of our standards and ideals, not those of the Chinese Communist Party. The legacy of Jim Crow is shameful. But China has Jim Crow — and worse — right now. The majority Han Chinese bar some ethnic minorities from access to jobs, schools and internal travel. And for some groups, such as the Uyghurs and Tibetans, the goal is outright ethnic cleansing and cultural genocide. There are an estimated 1 million Uyghurs in concentration camps, marked by forced reeducation, forced sterilizations and forced labor under an express “no mercy” policy.

Say what you will about America’s shortcomings, we clear the bar of this sort of thing quite easily. And Blinken, whose stepfather was the only Holocaust survivor among the 900 children in his Polish school, surely knows this.

Sure, Blinken is right that one of the things that distinguishes America is our willingness to debate and confront our shortcomings in the open. But this defense of America seems off point in the face of China’s genocidal policies.

It’s possible Blinken’s rejoinder was so anemic because he was sandbagged, which would raise questions about their situational awareness and preparation.

But what really worries me is Blinken does know better but felt he couldn’t defend America more robustly for fear of eliciting a backlash from the left. American elites, in both parties, have lost the single most important ingredient of soft power: the ability to speak the language of patriotism convincingly. Soft power is the ability to lead by example, to convince and co-opt rather than coerce through military means — and that requires self-confidence. And to paraphrase Hillel the Elder, if America is not for itself, who will be for America?

On the left, much of the rhetoric is obsessed with white supremacy, structural racism, sexism, transphobia, etc. It’s difficult to speak proudly about American democracy, never mind condemn Chinese apartheid, when the activist base of your party seems to believe we have nothing short of Jim Crow and apartheid in America right now.

And, on the right, it’s difficult to express patriotic pride in democracy when a good share of the party holds that the previous election was stolen, the system is rigged and America was a sucker all those years we advocated for our ideals around the globe rather than “America first.”

I don’t much care if China doesn’t want to hear about the superiority of the American system. I’m much more concerned that a lot of Americans don’t want to hear it either.

Jonah Goldberg is editor-in-chief of The Dispatch and the host of The Remnant podcast. His Twitter handle is @JonahDispatch. Goldberg’s column is provided by the Tribune Content Agency.

In the recent diplomatic confrontation between U.S. and Chinese senior diplomats, Secretary of State Antony Blinken had a chance to bolster America’s case by speaking the language of patriotism. He came up short.