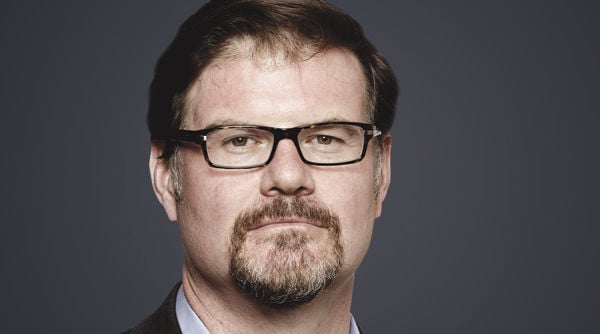 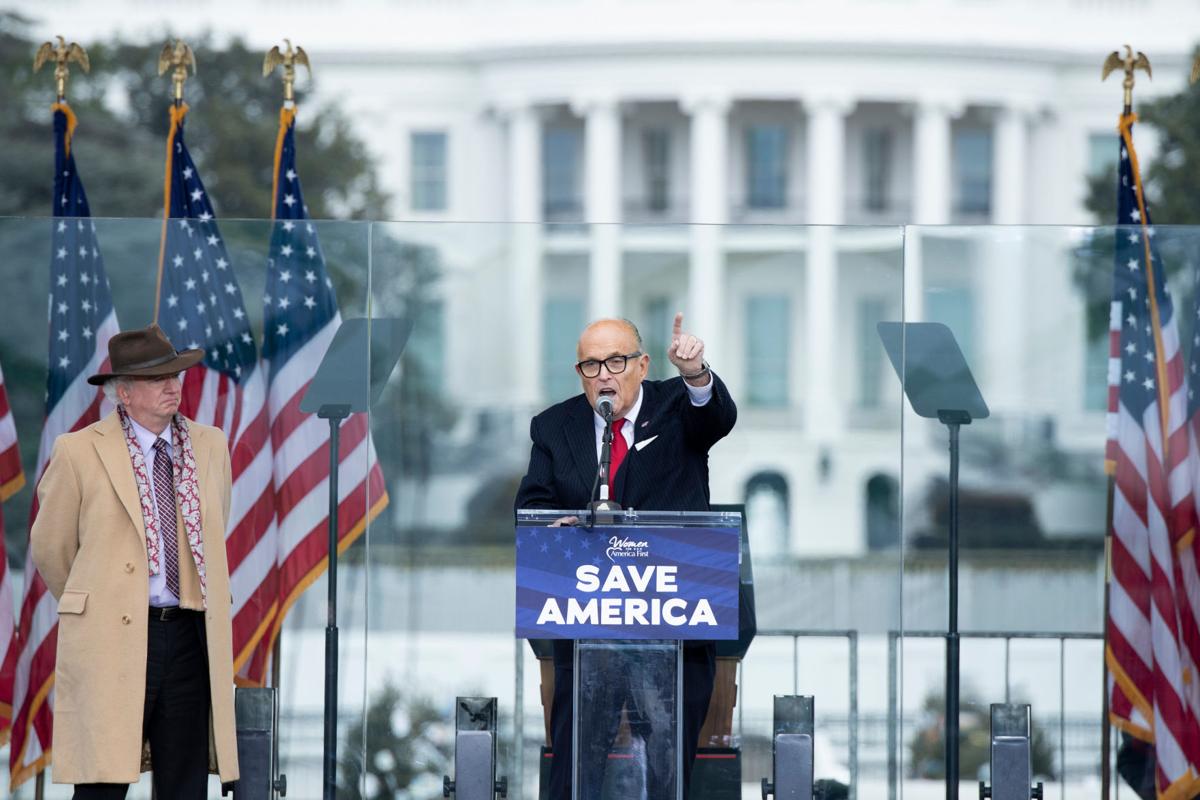 Rudy Giuliani speaks on Jan. 6 near the White House in Washington, D.C.

“You either die a hero or live long enough to see yourself become the villain,” Harvey Dent, the heroic district attorney of Gotham, proclaims in “The Dark Knight.”

The fatalistic idea being that one can only do so much good in the world before you start balancing out the scales with evil. Dent goes on to become the villain Two-Face.

Rudolph W. Giuliani — the former U.S. attorney for the Southern District of New York and former mayor of New York, the city Gotham was based on — might have pondered that a bit.

If Giuliani had passed from the scene shortly after 9/11, schools and bridges would be named after him today. George Will once proclaimed Giuliani’s years as mayor “constitute perhaps America’s most transformative conservative governance in the last half-century.” After his handling of New York’s response to the 9/11 attacks, Giuliani was proclaimed “America’s mayor.” Time magazine named him Person of the Year. Queen Elizabeth made him an honorary knight.

Now he’s a different kind of dark knight. Instead of donning a cape to crusade against crime, he beclowns not just himself but the president he sycophantly serves. As Donald Trump’s personal lawyer, Giuliani helped the president get impeached — twice. He enabled and encouraged the president’s conspiracy theories about Ukraine’s role in the 2016 election that Trump’s own homeland security adviser insisted had been “completely debunked.”

Then, after the November election, Giuliani elbowed past Trump’s other legal advisers to play the lead carnival barker of a “stolen election” conspiracy so vast it includes a dead Venezuelan strongman, Chinese communists and just about everyone shy of Colonel Sanders — though Giuliani would almost certainly entertain ideas about the Colonel’s complicity if you sent him the evidence from a Reddit post.

A one-man full employment act for fact-checkers, Giuliani has gone around the country lying about evidence that doesn’t exist and refusing to offer any evidence to judges because there are penalties for lying in court.

“I was absolutely shocked to learn that many, many, if not all of our ballots are calculated outside the United States of America,” Giuliani declared on his podcast, on which he often sounds like the guy at the end of the bar who needs his car keys confiscated. For the record, ballots are counted in America — and the Trump campaign watched it happen.

Worse, Giuliani himself took to the stage Jan. 6 to convince the mob Trump could still win if Congress and Vice President Mike Pence would just reject constitutionally valid electors. The mob descended on the Capitol like Bane’s army on Gotham. Over the weekend, Giuliani told ABC’s Jonathan Karl that he would be defending the president in his impeachment trial. His intended strategy? To convince the Senate the election really was stolen.

“They basically claimed that any time [Trump] says voter fraud, voter fraud — or I do, or anybody else — we’re inciting to violence; that those words are fighting words because it’s totally untrue,” Giuliani said. “Well, if you can prove that it’s true, or at least true enough so it’s a legitimate viewpoint, then they are no longer fighting words.”

Putting aside the fact that it’s neither true nor a legitimate viewpoint, it still would be incitement even if it were true. You can’t legally incite a mob to storm a jailhouse on the grounds that someone was unlawfully arrested, and you can’t incite a mob to storm the Capitol because you claim the election was stolen. Once America’s foremost law-and-order politician, Giuliani now seems to think mob action is justified when the mob claims it has a reason to be angry. It’s almost like he just wants to see the world burn.

Now, it is not a settled question that Trump intended to incite violence. Yet Giuliani seems to think so, given his argument that the storming of the Capitol could be justified if the lies about a stolen election could be proved. Which is what you’d expect from the guy who told the crowd the election could be settled by “trial by combat.”

A day after Giuliani’s comments to Karl, Trump reportedly told Giuliani he would not be defending Trump at the Senate trial after all, suggesting that the president may actually have better judgment than his lawyer.

Of all the figures around Trump, including Trump himself, Giuliani’s descent into villainy is the most tragic, because tragedy is about the downfall of heroes. Like all good villains, Giuliani is at peace with what he’s become. When warned by friends he’s setting fire to his legacy, Giuliani said, “My attitude about my legacy is fit.”

Jonah Goldberg: Mad queen of the Anglo-Saxons abdicates her throne

Marjorie Taylor Greene was readying her assault, like that legendary Anglo-Saxon warrior Canute the Great at Assandun. The QAnon-friendly firs…

Joe Biden’s first 100 days as president are in the books, and one thing is clear: Boring is a superpower.

Jonah Goldberg: Future of the GOP may hinge on Florida

Rudy Giuliani speaks on Jan. 6 near the White House in Washington, D.C.