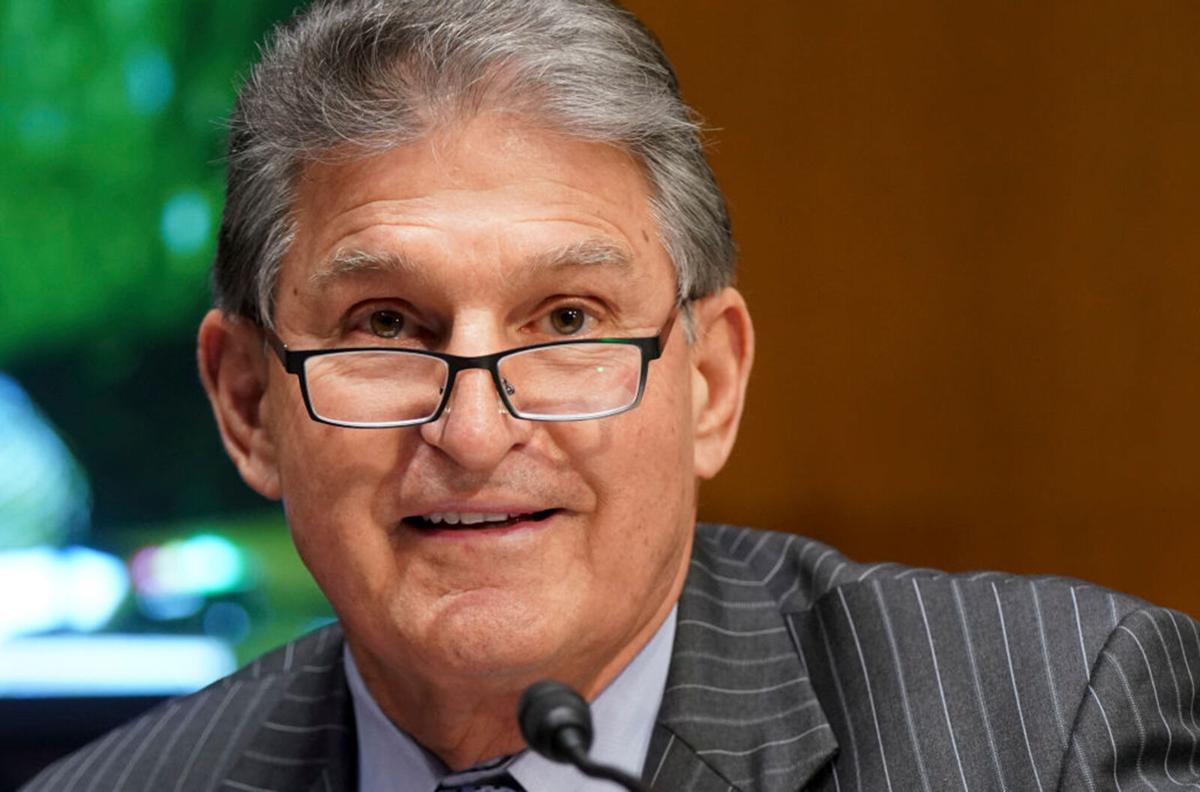 Sen. Joe Manchin III, D-W.Va., says he would go for $1.5 trillion on top of $1 trillion in infrastructure. Just 10 years ago, favoring that much spending would have marked this “moderate” as a Bernie Sanders liberal.

Confession time: I’m open to raising taxes. As a lifelong conservative, making this case comes as easily as arguing for a weak national defense, or more United Nations funding.

So please bear with me as I walk through why I’m open to the idea.

One of the most important lessons of the last two decades is that black swan events — game-changing surprises — aren’t nearly so rare as we’d like.

In 2001, a terrorist attack resulted in two decades of military conflict. Adding up defense, health care for vets and other related costs, the price tag amounts to an estimated $5.8 trillion to $8 trillion.

In 2007-08, a financial crisis almost wrecked the economy. The combined loss of tax revenue and increased expenditures put the cost around $2 trillion. A 2018 Federal Reserve Board study estimated the cost to each American at $70,000. The social and political costs are still unfolding. Historically, financial crises spark intense, and long-lasting, populist revolts. Normal recessions do not have the same effect. (This is something to keep in mind as a debt crisis becomes more likely.)

Much of that spending was necessary or defensible. Government is supposed to respond to extraordinary circumstances with extraordinary measures.

Which brings me to the case for raising taxes.

What happens when the next black swan touches down? Do we have the financial bandwidth to handle a new pandemic or financial crisis? How about a Chinese invasion of Taiwan? A nuclear terror attack? And, remember, the current pandemic isn’t over yet.

World War II was a noble and necessary expenditure of national resources. But it was expensive, driving national debt to 110% of GDP. Afterward, there was a broad consensus that we had to pay it down.

Today, our debt level is even worse, but to say there is no similar consensus is an understatement on par with saying “America isn’t in a bipartisan mood.” Sen. Bernie Sanders, I-Vt., insists that progressives have already compromised by coming down from a desired $6 trillion in additional spending on a raft of new entitlements and social welfare programs. Sen. Joe Manchin III, D-W.Va., is universally hailed — or demonized — as a “moderate” because he will “only” agree to a reconciliation package of $1.5 trillion to $2 trillion on top of $1 trillion in traditional infrastructure spending. Even 10 years ago, favoring that much spending would have marked Manchin as a Bernie Sanders liberal.

Some of this spending may be for desirable or worthy things. But none of it makes sense given the fact we’re broke, never mind facing the possible return of inflation. And the White House’s risible claims that it won’t cost anything only makes sense if you think raising taxes to pay for new entitlements is costless.

Yes, Keynesians favor increased spending and lower taxes to get out of a recession by stimulating consumer demand (and yes, we are all Keynesians now). The thing is, we’re not in a recession and demand is not our problem.

So, in theory, raising (some) taxes in order to pay for previous spending on previous black swans and thus prepare for the next one makes sense.

The problem is we live in nonsensical times. There is zero appetite in Washington to deal with the debt. That’s in part because voters don’t care about it either — and that’s because they’ve figured out the politicians never really cared to begin with. Republicans squandered their remaining credibility on the issue under President Trump, and Democrats have simply rejected the premise that debt matters at all. Democrats want what they imagine to be a European-style welfare state but blanch at taxing the middle class at European levels to pay for it — which you’d have to do.

One benefit of caring about debt is that it constrains the ambitions of politicians. This is how it works in our own lives.

Even for those of us who don’t want to live in a European welfare state, raising taxes to pay for the government Americans may want has an upside: It should teach us to keep politicians on a short leash. If Americans thought they would pay for the $6 trillion they’ve already borrowed and spent on the pandemic, they’d be less likely to support spending trillions more. They might say, “Let’s save that for a rainy day — or a black swan.”

I’m willing to talk about limited tax hikes, but not while people are talking about unlimited spending.

Jonah Goldberg: A third party could impose some pain on the Trumpified GOP

In 2020, many on the right had modest hopes for President Biden.

Jonah Goldberg: Biden’s foreign policy: Too leftist or too Trumpist?

It’s one of the strange ironies of American politics. Few things are as politically polarizing as foreign policy, and yet it’s on foreign poli…

Sen. Joe Manchin III, D-W.Va., says he would go for $1.5 trillion on top of $1 trillion in infrastructure. Just 10 years ago, favoring that much spending would have marked this “moderate” as a Bernie Sanders liberal.