Jonah Goldberg: Will GOP go back to heeding its voters on foreign policy?
0 Comments
Share this
1 of 2 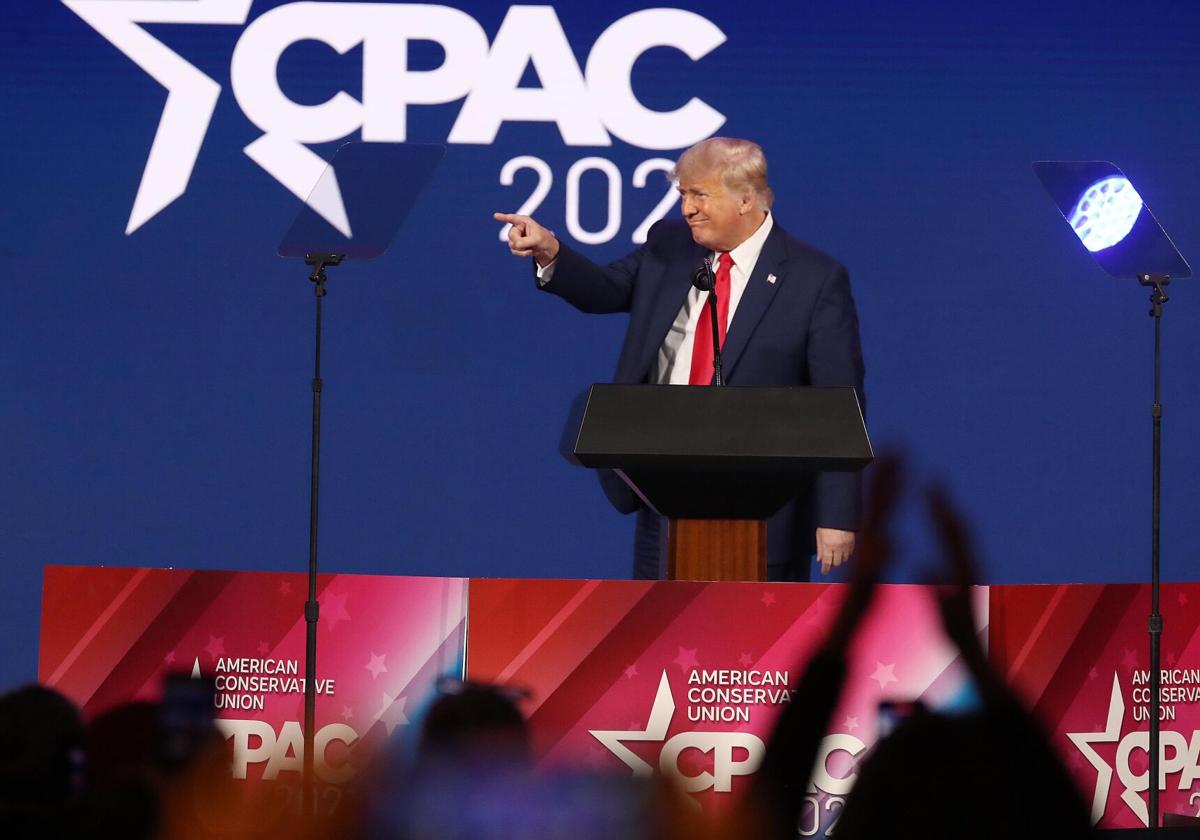 President Biden’s inept execution of his — and his predecessor’s — policy of withdrawal from Afghanistan was a political gift to the GOP. It has made foreign policy, at least temporarily, a unifying issue on the right. For conservatives, whether you supported or opposed withdrawal, Biden’s shambolic implementation has something for everybody to attack.

But there is a real divide on the right about foreign policy. It splits party leaders and right-wing pundits from rank-and-file voters, who are significantly more coherent and unified on foreign policy.

This fact has been obscured by the overriding imperative to support Donald Trump among conservative elites. Trump has been a passionate advocate of bugging out of Afghanistan and the Middle East generally, in and out of office.

But as Dina Smeltz of the Chicago Council on Global Affairs and Jordan Tama of American University noted in May, when it came to “America’s largest military deployments of recent years, Afghanistan and Iraq, there’s no sign that Trump substantially influenced Republican attitudes.”

In fact, the belief that the Iraq and Afghanistan efforts were worth the costs not only increased during Trump’s presidency, it’s actually strongest among pro-Trump Republicans. Some 55% of “strong Republicans” said the wars were worth it compared with only 43% of less committed Republicans. The same Chicago Council on Global Affairs poll found that durable majorities of Republicans favored “long-term U.S. military bases in Afghanistan (61%), Iraq (69%) and Kuwait (71%).”

But given a choice of supporting Trump or supporting the policies preferred by Republican voters, elected Republicans and many pro-Trump pundits opted for the former.

Even if Trump’s influence shrinks over time, the GOP’s foreign policy approach is unlikely to return to that of the Bush era. Presidential partisanship often overpowers foreign policy attitudes. One need only remember how many anti-interventionist Democrats did a 180 in favor of military action in Libya under President Obama to understand that. If a Republican is elected president in 2024, we’ll likely see the party faithful rally to whatever foreign policy he or she pursues.

That said, what constitutes “conservative foreign policy” among elites is a more open question these days (beyond a unifying commitment to checking China’s ambitions).

This, too, has a lot to do with Trump. People can debate whether Trump’s version of “America first” was meaningfully isolationist, but what’s clear is that it had little in common with the “America First” movement of the late 1930s or the non-interventionist tradition going back to George Washington’s warning about foreign entanglements in his farewell address.

The old isolationism (on the left and the right), as flawed as it was, was premised on two ideas: that America was too special to lower itself into the muck of European politics, and that foreign wars would erode democracy and cherished liberties here at home. “Nothing is more likely than that the United States would go fascist through the very process of organizing to defeat the fascist nations,” the New Republic editorialized in 1937.

World War II and the Cold War effectively killed the second argument. As for the first? It’s complicated.

Trump viewed our foreign alliances in an entirely transactional way, believing we were “suckers” to support NATO, to protect South Korea or, if reports are true, even to fight in World War I.

But very few advocates of a new nationalist or America-first foreign policy (the labels are all in flux) talk this way. Rather, as with so many issues during the Trump era, champions of a “new” conservative approach to foreign policy try to graft the populism on the right to their own ideology or partisan agenda. That’s why Biden’s stumble is so useful. Sen. Ted Cruz (R-Texas), for instance, supported Trump’s withdrawal policy but now has a free hand to attack its implementation. For others, Afghanistan’s implosion has become a stand-in for anti-immigration extremism or simply one more example of American decline.

With the exception of partisan attacks on Biden, which are well deserved, these ideas don’t have much purchase in mainstream politics. That’s because most conservative voters may like the adornments of old-fashioned nationalist politics — everything from calls to support the troops to military flyovers at football games after the national anthem — and they certainly like to praise Trump. But true conservatives still have a deeper commitment to American national security and America’s role as the leader of the free world. That commitment may too often take a back seat to partisan politics, but it survived the Trump presidency. Let’s hope it will endure going forward as well.