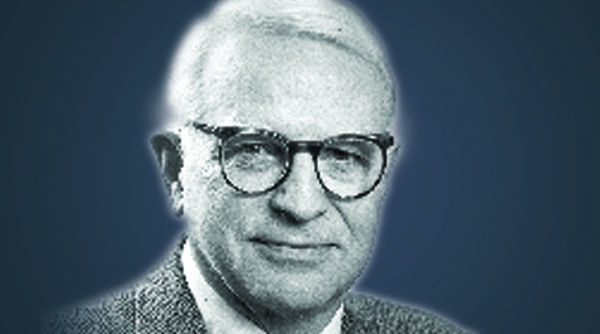 Seventy-five years ago, the Navy sent me, a young ensign, to Germany as part of the allied occupation. I was stunned by the destruction in Bremerhaven, a port controlled by the Navy, and the poverty of Germans living there. Looking down from our ship’s deck that morning, I saw a young German in an army coat rifling through the garbage cans set out on the dock. This was Germany in March 1946.

When the Navy released me that summer, I accepted a job in Berlin which provided a view of the Soviet zone in eastern Germany because Berlin was located within the Soviet occupation zone. The Berlin Blockade occurred the next year. When I flew into Tempelhof Airport the first time, I could not see a roof on any building for half a mile around. That was Berlin in 1946.

Today, seventy-five years later, Germany is the economic and political superpower in Europe and beyond. It does not emphasize military spending but gets its influence from its overwhelming economic influence on the rest of Europe. What is it that accounts for this huge rise in German influence over the last two generations? I suggest four major factors: one, tenacity and drive of the German people; two, excellent leadership in government; three, firm support from the United States; four, Germany’s partnership with France and active participation in NATO.

When Germany got its new constitution in 1949, the new chancellor (prime minister) Conrad Adenauer steered his truncated country for 14 years and brought it gradually out of poverty. The German people responded with energy; rebuilding the economy was the primary focus of their efforts. Germans were heavily taxed, with a value-added tax forcing everyone to contribute. I visited West Germany several times during the 1950s and found it remarkable how quickly things had improved.

Unlike France and other European countries, Germany elected experienced,, stable leadership over 72 years after its constitution was adopted. A succession of good leaders followed Adenauer, culminating in Helmut Kohl in the 1990s and Angela Merkel in the new century. German leaders focused on building their economy and expanding trade with other European countries and with the outside world. German exports are valued internationally, and its industry is among the best in the world today. No doubt the new government to be formed in coming weeks will carry on with outstanding leadership demonstrated by Angela’s Merkel’s 16 years as chancellor.

America’s firm support over 75 years was a crucial part of Germany’s resurgence. This support was essential when the Marshall Plan helped to stimulate the economy in the 1950s. When the Berlin Wall fell in 1989, West Germany rushed to unify the two parts of the divided country. Britain, France and Russia were reluctant to see a unified Germany become the largest country in Europe and potentially its most powerful. President George H.W. Bush and his secretary of state, James Baker, pressed the allies with the argument that reunification was inevitable, so their effort should be on cementing the united country solidly in NATO. Baker persuaded Soviet leader Mikhail Gorbachev to go along, with the promise that NATO would not expand to the East. Gorbachev was ousted as Soviet leader in 1991 and the Soviet Union broke into 15 republics with Russia emerging the largest. Boris Yeltsin then became president of Russia.

Germany’s postwar agreement with France, signed by Chancellor Adenauer and French president Charles De Gaulle in 1963, was the foundation of Germany’s solid grounding n the West and the North Atlantic Alliance. Partnership with France and full participation in NATO provided the security from the Soviet Union’s pressure in the east, which the government in Bonn needed in order to press ahead with its economic expansion. German foreign policy supported the U.S. until George W. Bush invaded Iraq in 2003. Both France and Germany refused to back this controversial invasion and occupation.

Over the last 15 years, German foreign policy has gradually emphasized its own national interests. These no longer coincide with Washington’s on issues of trade and better relations with Moscow. Germany may draw away from France on some issues, but Berlin knows that France remains its anchor in the European Union and NATO. The reality is that after 75 years, Germany’s leaders believe they need to emphasize Germany’s national interests. For the future, careful diplomacy by the United States is essential to ensure that Germany remains a solid ally in the 21st century.

Donald Nuechterlein is a political scientist who lives near Charlottesville. E-mail him at nuechtd@cstone.net.

The buildup of Russian troops on Ukraine’s border and Belarus’s use of Arab refugees to threaten Poland’s borders suggest Russian President Vladimir Putin has decided this is the time to test America and Europe again. A look at post-1945 history will be useful.