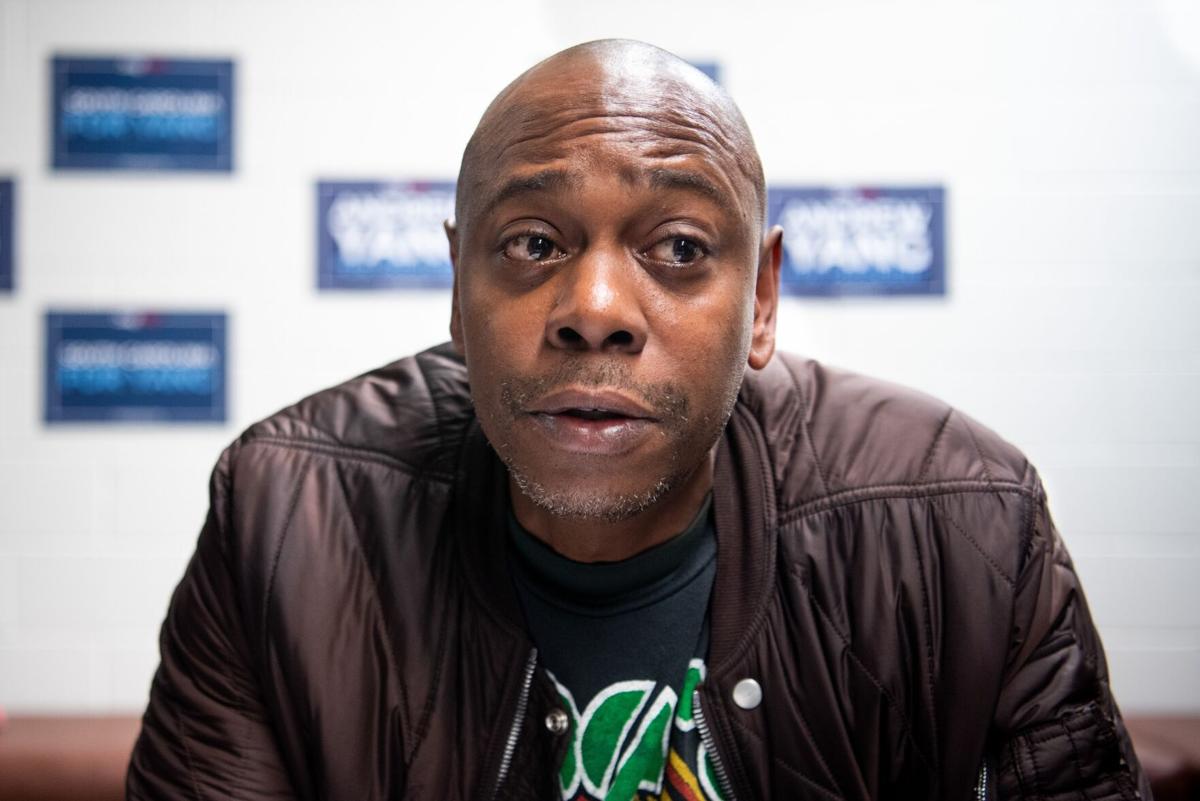 Netflix is defending his latest comedy special, “The Closer.” Critics, particularly in the LGBTQ community and their allies, want it taken down, charging his offbeat and often off-color monologue is transphobic.

I’m not surprised. This is Chappelle’s sixth special for Netflix and it quickly soared to the streaming service’s Top 5 list where it remained as I watched it — twice — this week.

By now Chappelle is more than a celebrity jokester. He’s a cultural force. He’s won five Emmy Awards and three Grammys, as well as the prestigious Mark Twain Prize.

His appeal, as with other topical comedians, comes from his ability to challenge the contradictions in society’s sacred cows and survive.

For him, that means plunging boldly into three areas that we tend to be the most nervous about discussing in mixed company or in front of the children: sex, race and politics.

For example, he defends “Harry Potter” author J.K. Rowling, who has been accused of transphobia for her fears of what she calls “the new trans activism.”

In the blog post, she recently explained that she has “five reasons for being worried about it” and decided to speak up. Among her reasons, she mentions her charity for women and children, being an ex-teacher, her interest in free speech, her concern about “the huge explosion in young women wishing to transition,” and her experience as a victim of sexual and domestic abuse.

I don’t share her alarm, by any means, but I do defend her right to express it without being viciously attacked, which only makes opponents of trans rights more determined. It also silences the honest discussions that need to take place so she and others can learn how trans individuals really feel — and live.

Of all the criticisms made against Chappelle, he recalled, “My least favorite said I was ‘punching down’ on them. What does that mean?”

That’s a good thing for him to learn. An old saying in comedy and politics advises, “Always punch up” with your attacks, never punch down at people who are less empowered than you are.

But Chappelle had a hard time with that, he says, because he sees LGBTQ communities as gaining power and influence and respect at a faster rate than Black people.

“Gender is a fact,” he argued.

Well, yes and no. The many social and psychological aspects of what comprises transgender identity are complicated and confusing, as I have found after years of reading and discussions. So I’m not surprised by the confusion.

But this example only illustrates how we need to have more public discussion about these topics, not less. Silencing or “canceling” people who express their earnest beliefs, no matter how poorly informed, can only add to the confusion and social divisions.

In short, some topics are too complex to be easily handled just for laughs.

But Chappelle helped redeem himself as he began to close the show out with memories of a friend and fellow comedian, Daphne Dorman, a transgender woman he’d struck up a friendship with and opened a conversation about identity.

Sadly, Chappelle concluded the story by recounting how Dorman took her own life in 2019, shortly after defending him online.

“I don’t know what the trans community did for her,” Chappelle said, “but I don’t care, because I feel like she wasn’t their tribe. She was mine. She was a comedian in her soul.”

He finished with an open announcement to LGBTQ folks. “I’m not going to tell another joke about you until we are both sure that we are laughing together.”

That was reassuring, although his final request was less so. “All I ask from your community with all humility,” he said, “will you please stop punching down on my people?”

What? As if there aren’t also Black LGBTQ people?

Regardless of color, folks in the LGBTQ community that I know still don’t see themselves as all that empowered. Obviously we still have a lot of talking to do in this great diverse nation of ours — and a lot of listening too. No joke.

No, there is absolutely nothing funny about the horrors that abruptly ended Waukesha, Wisconsin’s Christmas parade. But Mary Lemanski gave it …

Clarence Page: Critical race theory is no excuse for ignorance

Political campaign season may be over but battles against what increasingly is being called “critical race theory” are not.

Clarence Page: If ‘woke’ is a religion, why not ‘Trumpism’?

Clarence Page: ‘Wokespeak’ is changing faster than I can keep up

Last summer’s protests and “racial reckoning” for social justice have given rise to a new vocabulary of racial, ethnic and gender awareness and activism.