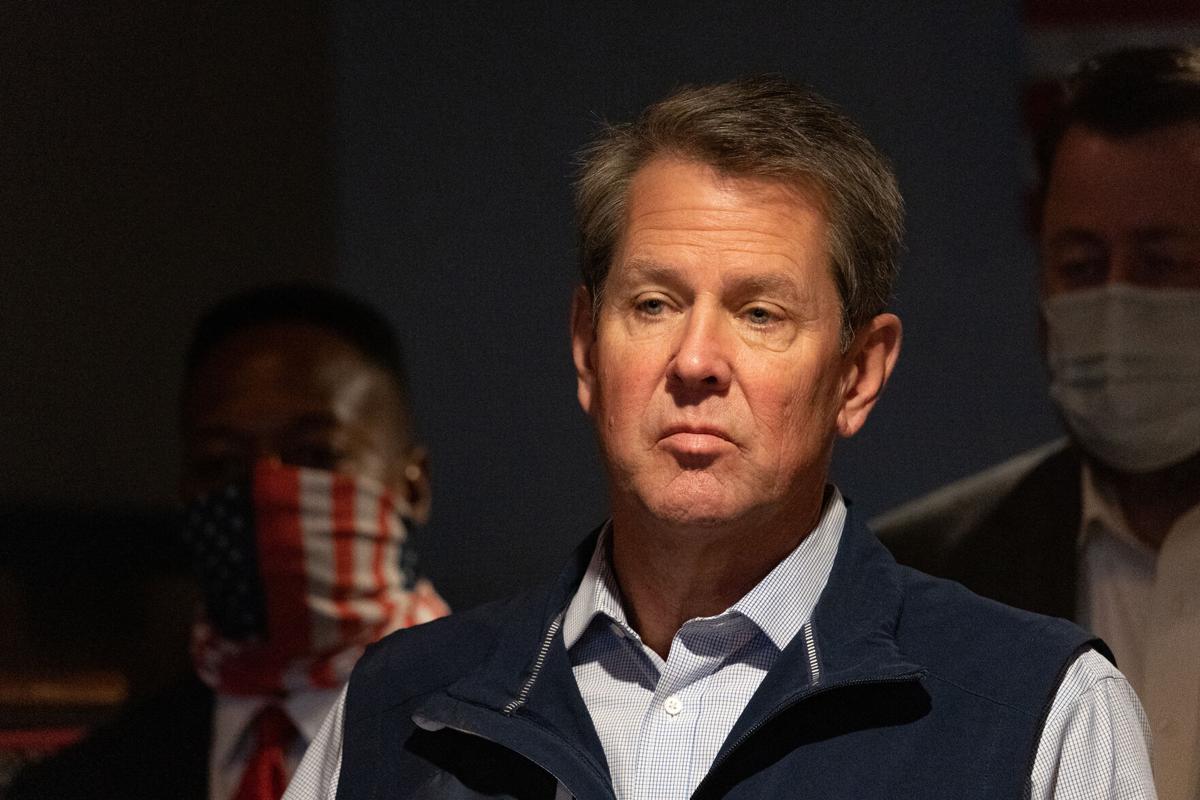 For all of his talk about the “fake,” “biased,” “dishonest,” “corrupt,” and “left-wing” media, I know Donald Trump loves us. He really does. He feeds off of our attention. His insults are just his way of showing his love.

Or maybe that’s just my jolly journalist’s view of his recent venture into what sounded eyelash-close to an endorsement of Democratic icon Stacey Abrams to replace Georgia’s Republican Gov. Brian Kemp.

“Having her, I think, might be better than having your existing governor, if you want to know what I think,” Trump told a MAGA crowd in Perry, Georgia, that for a moment sounded unsure of whether to boo, cheer or laugh. He had to be kidding, right?

But, no, he underscored his supposed seriousness with, “Stacey, would you like to take his place? It’s OK with me.”

Right. Abrams is a former state legislator who lost a close gubernatorial race in 2018, when she was roundly slammed by Trump. For the record, she is not even in the race this time.

But this speech offered a moment of Trumpian justice. Kemp, whom Trump roundly endorsed in 2018, has since committed the unpardonable sin in Trump World of refusing to assist Trump’s unsuccessful attempt to overturn the Peach State’s 2020 election returns, which did not go Trump’s way.

Trump may be particularly upset that some Georgia GOP operatives are telling reporters that Kemp’s boldly conservative positions on culture war and “election integrity” issues, which Abrams’ side calls “voter suppression,” have kept him in good favor with his supporters.

If Kemp survives politically, his endurance in the face of Trump ire could serve as a model for other embattled Republicans such as Wyoming Rep. Liz Cheney or Illinois Rep. Adam Kinzinger, who face tough headwinds in the Grand Old Party after voting with eight other Republicans for Trump’s impeachment.

But on the Democratic side, with apologies to Shakespeare, this looks even more like an autumn of discontents.

Fissures between Democratic moderates and progressives are as openly exposed as the Grand Canyon.

His honeymoon is long over, as evidenced by his party’s hard struggle with bridging its internal divides in Congress to pass two popular infrastructure bills.

That came on the heels of the chaotic pullout from this country’s 20-year war in Afghanistan, which also didn’t help his ratings. Neither did the ugly news footage scenes of Haitian refugees being roughly corralled and deported from our border with Mexico.

Is it still too early to say that Donald Trump is planning to run for president, and that he stands a remarkably decent chance of winning? Again?

I say this not because I’m rooting for it but because I’m a realist who decided after his 2016 victory that I would never underestimate Trump or his supporters again. His base is still strong. So is his grip on most of the GOP, as evidenced in its one-page 2020 platform, which announced the party’s decision to not have a platform:

“The RNC (Republican National Committee), had the Platform Committee been able to convene in 2020,” it read in part, “would have undoubtedly unanimously agreed to reassert the party’s strong support for President Donald Trump and his administration.”

Translation, the party believes whatever Trump says — it believes. Continuously we see why Trump as president seemed to get along much more cheerfully with autocrats than with leaders compelled by their democratic governments to actually answer to ordinary voters.

Of course, it’s important to remember that Biden and other Dems can still recover. The 2024 presidential election is still a long way away. But first come the midterm elections next year, in which the electoral map heavily favors Republicans, threatening the Democrats’ paper-thin majority in both houses of Congress.

For now, the biggest gaps that the Biden White House has to worry about may be the enthusiasm gap. At September’s end, Nate Cohn, polling correspondent for The New York Times, wrote that Biden’s ratings have sunk lower than those of all but two presidents at similar points in their terms — Gerald Ford and Donald Trump.

Republican Ford was beaten in 1980 by Democrat Jimmy Carter. Trump is still waiting, possibly to try again. Democrats, surveying their own internal divisions, would do well to remember a question Trump famously asked Black voters in 2016:

What do you have to lose?