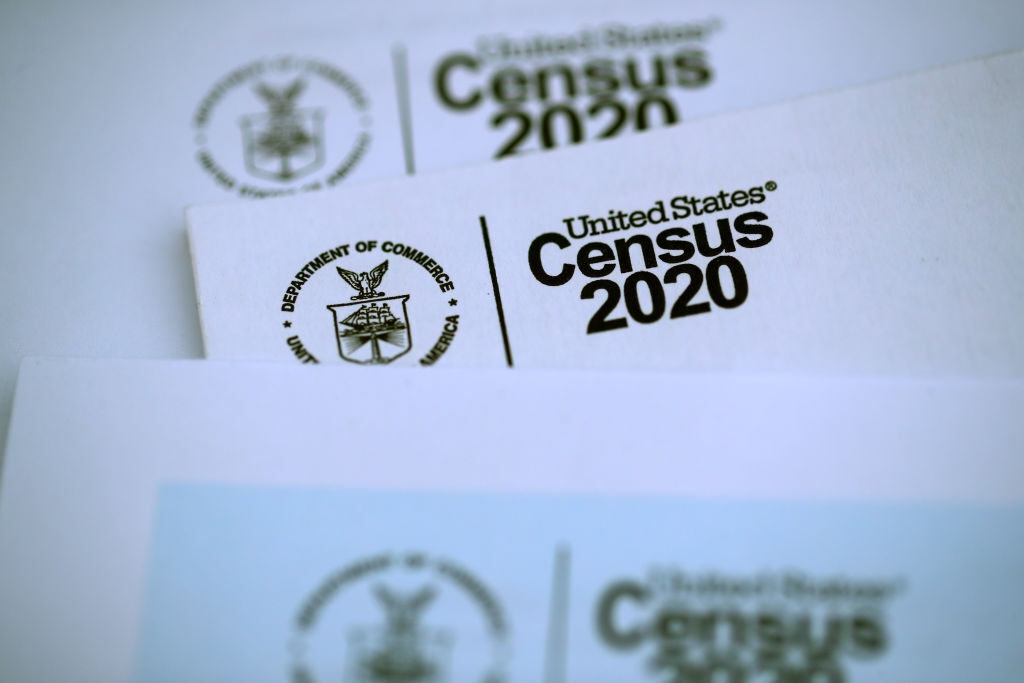 Are you alarmed or reassured by headlines that show “America’s white population is shrinking”? Where you stand, as the old saying goes, depends on where you sit.

I think everyone who believes in our multiracial democracy — not including, say, those die-hard haters who paraded with torches in Charlottesville, Virginia, chanting, “You will not replace us” in 2017 — should be reassured.

A closer look at the 2021 census numbers reveals a rosier future for multiracial democracy: White people aren’t being “replaced” by people of color as much as they’re being joined.

By that I mean more Americans, including many who previously would have chosen only “white” on their census form, are choosing more than one race. Until the 2000 census, everyone had to check only one racial box, including those who otherwise consider themselves to be multiracial.

Almost all groups have seen population gains since then, but the increase in those who checked two or more boxes ballooned since 2010 in the decennial survey more than 276%, higher than any other racial group.

But since breakdowns of the country’s racial and ethnic makeup tend to focus by force of habit, custom and traditions on one group a time, media and public attention zoomed in on the decline of those who checked “White” alone, a group that did decline by 8.6%.

Similar declines in the white population in recent decades have sparked alarm among white nationalists and others such as the Jan. 6 Capitol Hill rioters and Fox News host Tucker Carlson, who should know better.

Similarly xenophobic impulses have a long history in our society, dating back most dramatically to the nativist and populist Know Nothing Party that mainly targeted Irish Catholic immigrants in the 1850s.

“Every time they import a new voter, I become disenfranchised as a current voter,” Carlson said in an April program. “I have less political power because they are importing a brand-new electorate.”

Since the fall of Kabul, his fellow Fox News anchor Laura Ingraham has come out against welcoming Afghanistan refugees who risked their lives to work for the U.S. during the war. “Is it really our responsibility to welcome thousands of potentially unvetted refugees from Afghanistan?” she said. “All day, we’ve heard phrases like, ‘We’ve promised them.’ Well, who did? Did you?”

Well, yes, we all did as a country when we turned to Afghanistan, initially to find the perpetrators of the Sept. 11 terror attacks on our homeland — and the whole world is still watching.

The irony of digging up the old “replacement theories,” which have energized the far right in European countries even more, is how they ignore such developments in our democracy as Republican Donald Trump’s surprisingly large turnout of immigrants and nonwhites in 2020.

Our politics reflect our national character as a multiracial democracy and our endless struggle to hold it together. Voters change over time and so do political parties in response to how well their interests and complaints are being heard and acted upon.

Changes in the ways we categorize ourselves reflect changes in our society, including our national divisions. In the second half of the 19th century, for example, when census data helped drive bogus scientific racial theories to justify racial discrimination, the survey added “quadroons” (one-quarter Black) and “octoroons” (one-eighth Black) as categories in 1890.

Census forms changed in every decade to try to keep up with shifting racial and ethnic standards. The softening of our racial and ethnic lines is a reflection of changing times and perhaps the growing awareness, thanks to the popularity of DNA ancestry searches, of how little our color tells us about who we really are.

Ultimately, as sociologist Richard Alba, author of “Blurring the Color Line: The New Chance for a More Integrated America,” says, this blurring of our old racial-ethnic lines serves to bring us together more than it tears us apart.

Indeed, as I heard more than one civil rights leader say in recent decades, we Americans came here on different ships, but we’re in the same boat now. We can swim together or sink alone.

Clarence Page: For Joe Biden and Donald Trump, an autumn of discontents

For all of his talk about the “fake,” “biased,” “dishonest,” “corrupt,” and “left-wing” media, I know Donald Trump loves us. He really does. H…