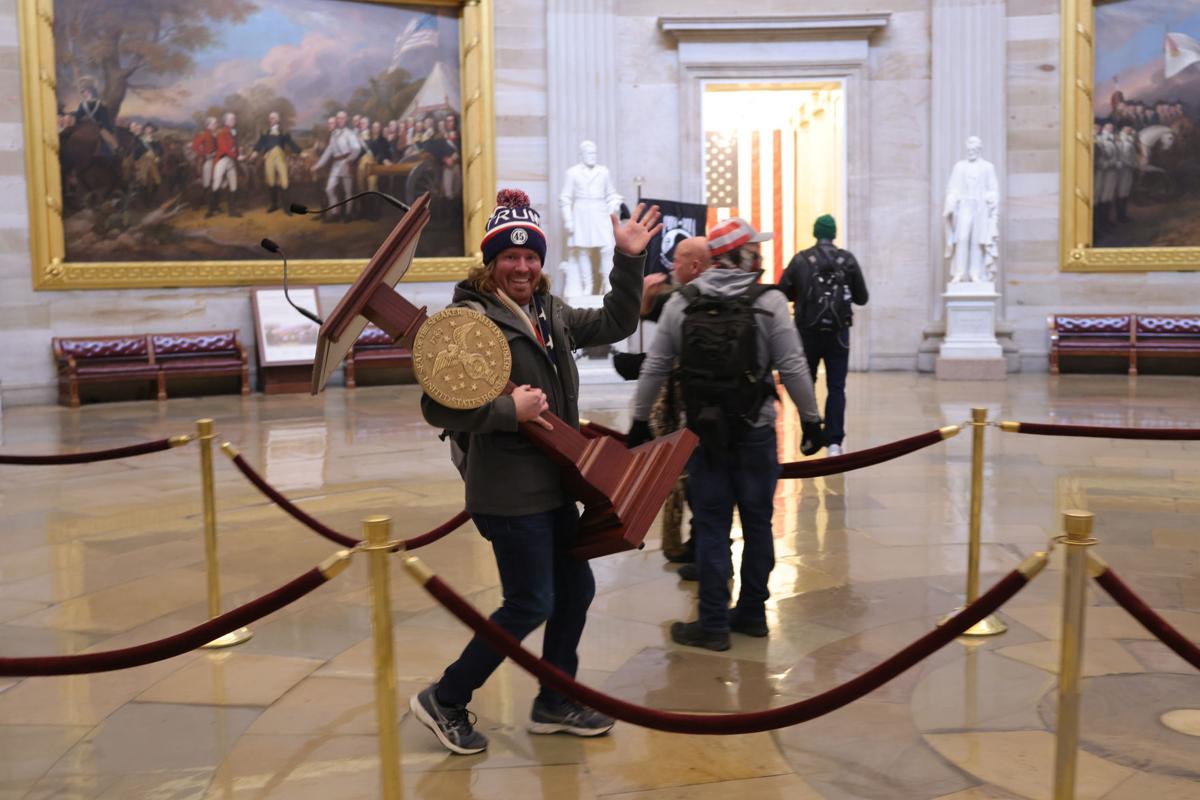 That was how I responded last summer when a Black Lives Matter organizer tried to justify a brutal rampage of thievery and vandalism through downtown Chicago’s ritziest shopping district as a protest against police brutality.

And that’s how I feel now about the angry tide of President Donald Trump’s supporters who stormed the U.S. Capitol on Wednesday, a rampage of broken windows and pilfering that resulted in five deaths, numerous injuries and the most damage to the Capitol since the War of 1812, when British invaders set it afire.

Yet, even as the chaos was lighting up video screens around the globe, emails and tweets began to stream into my smartphone from Trumpists and other anger addicts to remind me of violent episodes last summer committed by BLM and Antifa.

Note to my friends on the left: Beware the hazards of forming new-wave “leaderless resistance” movements without media spokespeople. It leaves you vulnerable to any doofus who claims to speak for you, including those who aim to speak against you.

Before the sun went down, internet conspiracy theories were churning on social media to blame the Capitol Hill mayhem on Antifa activists disguised in MAGA hats.

By then, my email and newsfeed were percolating with a new what-aboutism: What about last summer’s Black Lives Matter and Antifa violence?

Among other pundits, radio right-winger Rush Limbaugh sarcastically remarked the next day, “So you can set fire to a downtown strip of any blue state city — Portland, Seattle, Minneapolis, New York — and it’s called a peaceful protest. But you dare not set foot where the political class lives and works and does its job.”

Excuse me? Sorry, Rush. With all due respect to your lung cancer diagnosis (keep up the good fight, fella!), violence by one side does not justify or excuse violence — regardless of which side you’re on.

The Anger Industrial Complex describes the tangle of social, political and media systems that find profit in whipping up public anger. Like the “military industrial complex” that outgoing President Dwight Eisenhower warned us about, it describes a system that over time can be corrupted when pursuit of financial interests undermines the public good.

That’s why TV vet Trump cares so much about “ratings.”

Unfortunately, too many people don’t seem to understand the difference between news and opinion. (Psst, here’s a clue: This is opinion, folks, but it’s backed up by my knowledge of news, for what it’s worth.)

Or even when we do, we can find a bit too much comfort in tuning in only to content that supports our point of view, even when that content pushes paranoid conspiracy theories like QAnon, a goofy but popular notion that includes the viewpoint that President Trump is fighting a secret war against a pedophile ring run by top Democrats. Sounds like a good spy thriller. Or fever dream.

Nevertheless, this president’s claims have long ago hit a nerve with those who were most eager to believe what they wanted to believe.

Small wonder so many people join Trump in refusing to accept his Democratic rival Joe Biden’s election as fair and resounding, even after more than 50 court decisions rejected his persistent but baseless charges of widespread voter fraud.

What to do now? Trump is on his way out, whether he wants to realize it or not, but other aspiring hopefuls like Republican Sens. Josh Hawley of Missouri and Ted Cruz of Texas have been quick to perpetuate Trumpian fantasies about Biden’s “stolen election” in an apparent grab for Trump’s voters.

I hope that effort fails. Maybe only Trump can do Trump. I hope.

But I said that about Trump’s bogus claims about Barack Obama’s birth certificate, too. Trump got elected anyway. He understood a lot about how to appeal to an audience in this media age.

He’s not alone. It’s up to the rest of us to undo the rise of anger media and rediscover the art of persuasion. It may require more homework than most people want to do, but we need to do it.

Even now, deep into the age of Twitter and YouTube, I am bemused by the fact the violent mob that attacked the U.S. Capitol on Jan. 6 couldn’t…

Clarence Page: Searching for hope in a capital city under tight security

If there are any silver linings to be found amid the big clouds of bad news, I try to find them, as hard as that might be in a time of terror.

Clarence Page: Two cheerleaders and the F-I-G-H-T for free speech

In some ways, it makes perfect sense that the future of free speech on the internet could turn on the cases of a couple of high school cheerleaders.

Clarence Page: Politics in 2021 -- Will the blurring of reality and fantasy continue?

President Donald Trump is on his way out of the White House, but not much else seems as certain.

Even now, deep into the age of Twitter and YouTube, I am bemused by the fact the violent mob that attacked the U.S. Capitol on Jan. 6 couldn’t…