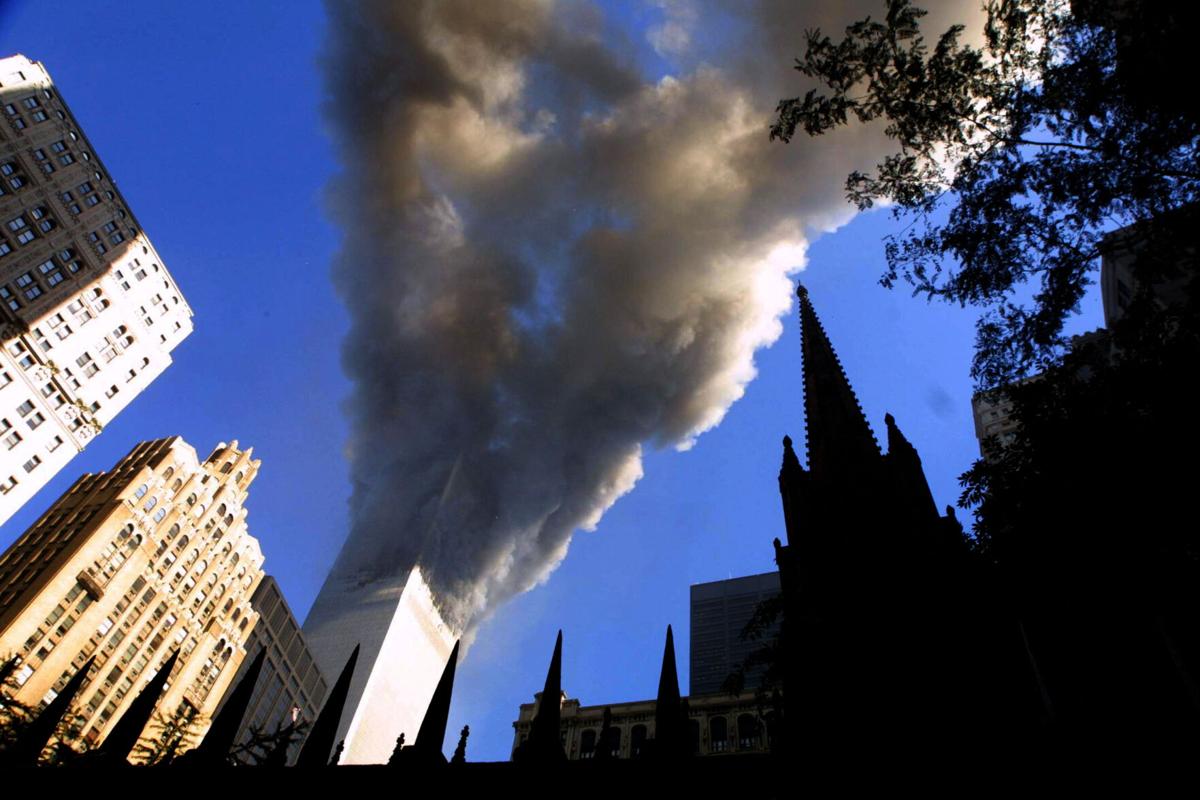 Smoke spews from a tower of the World Trade Center on Sept. 11, 2001, after two hijacked airplanes hit the twin towers in a terrorist attack on New York City.

As I recall the horrors of the Sept. 11 terrorist attacks, I want to express my forgiveness of Karlheinz Stockhausen, a noted German composer who, at that tragic time two decades ago, should have stuck to music.

Stockhausen suddenly became infamous after a news conference a few days after the attacks in New York and Washington for describing them in German like this: “What happened there is, is of course — now you all have to adjust your brains — the greatest work of art that has ever existed.”

Although Stockhausen quickly apologized for any misunderstanding, his remarks sparked a predictable backlash. His concerts at a music festival were canceled and his pianist daughter said she would no longer perform using the Stockhausen name.

When he died in 2007 at age 79, his 9/11 scandal all but overshadowed his extraordinary musical career.

Yet, as someone who makes a living out of trying to make sense out of senseless tragedies like 9/11, Stockhausen’s observation has begun to make sense as a explanation for why terrorism still plagues our headlines: In modern parlance, it’s a performance art, a lethal force adapted by a small group to intimidate everyone else.

Such is the nature of “asymmetrical warfare,” a David-versus-Goliath strategy that enables small armed groups like Osama bin Laden’s al-Qaida or Afghanistan’s Taliban to go up against a larger force armed with modern high-tech weaponry.

Since breaking the unity and fighting spirit of the larger force is a key aim of such tactics, I am also reminded two decades after 9/11 of another memorable performance later that evening that happened on Capitol Hill: Members of both parties and both houses of Congress stood on the Capitol steps, some holding hands, for a moment of silence to honor victims of the attack.

Then they ended memorably with an unplanned song: “God Bless America.”

Call me a sentimental softie, but that particular performance art put a patriotic lump in my throat. Our national trauma was followed in the best American way with a heartfelt display of national unity.

And the memory feels particularly poignant two decades later, as our Congress seems to be increasingly unable to come together on much of anything, including a song.

After all, those were the same Capitol steps over which a massive mob of disgruntled supporters of then-President Donald Trump would storm in a bloody but futile attempt to stop the certification of Trump’s elected successor, Joe Biden.

All of which raises another old question: Do we Americans now need to have the unifying force of a deadly terrorist enemy to bring our elected representatives together across party lines?

The Jan. 6 insurrection turned out to be another form of performance art. How else do you describe an angry mob that answered Trump’s bogus “Stop the Steal” call by storming into the Capitol and trashing the place without showing much knowledge of what they would do when they got inside?

And in the aftermath, despite having their lives endangered by the chaos, Congress quickly polarized afterward back to party lines, as to whether a commission to investigate the savage assault on our election process is even necessary.

Much has been written — and remains to be written — about the terrorism of Sept. 11, the long trail of events that led up to it and the actions yet to be done to prevent it from happening again.

We need just as thorough of an examination of the deadly performance art that erupted on Jan. 6, to show how terrorism is not something that only happens overseas.

And while we investigate those who may be conspiring to rip us farther apart as a nation, we also need to take a new look at the values that pull us together. I still believe the differences that pull us Americans apart are outnumbered by the unifying values that we share in common — if we give them a real chance, not just a performance.

Smoke spews from a tower of the World Trade Center on Sept. 11, 2001, after two hijacked airplanes hit the twin towers in a terrorist attack on New York City.