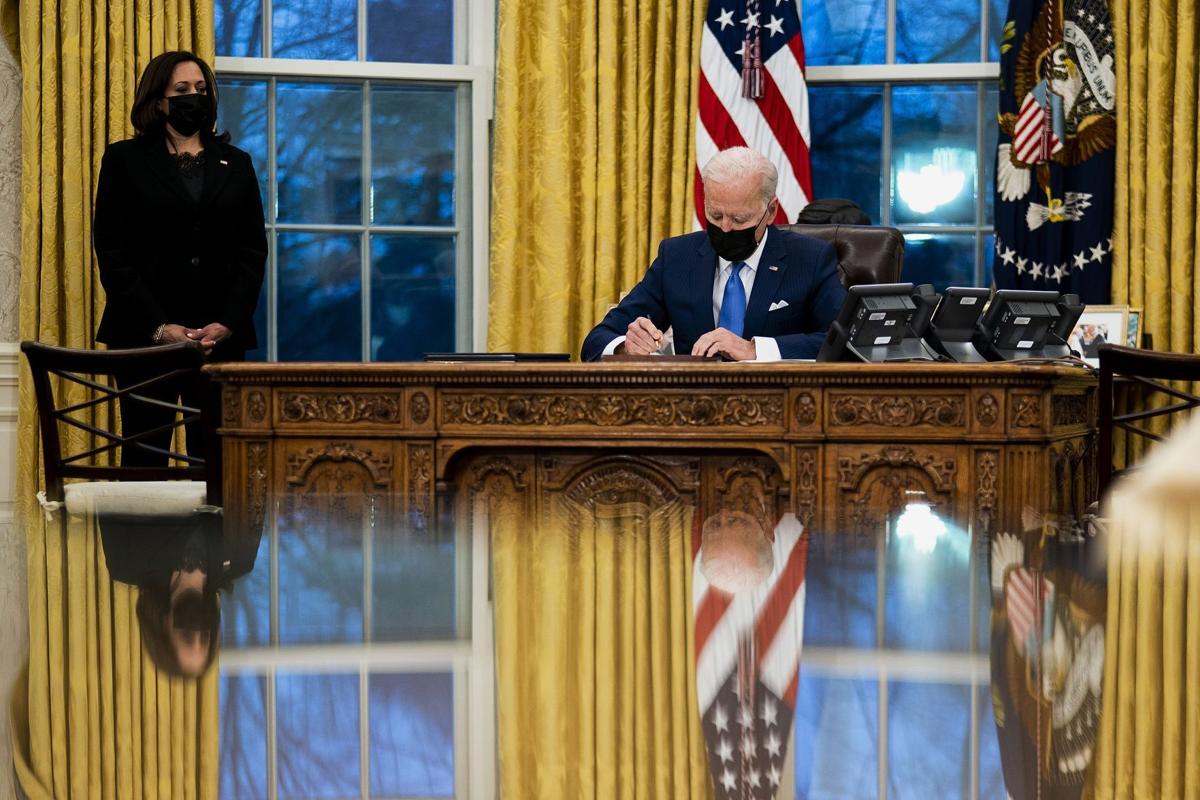 It came at a CNN town hall in Milwaukee in response to a question about how he will bring Americans together.

“I take issue with what everybody says about the division,” he replied.

“The nation is not divided. You go out there and take a look and talk to people, you have fringes on both ends, but it’s not nearly as divided as we make it out to be.”

Regular readers will be familiar with my take on unity, last offered when Biden made a plea for it in his inaugural address.

I consider it, at this stage, a pipe dream.

As you would not ask a battered wife to seek unity with the husband who beat her, you cannot ask people of color to seek it with bigotry or Muslims with Islamophobia or LGBTQ Americans with homophobia or undocumented workers with xenophobia or fact-based Americans with utter hogwash.

Yet bigotry, Islamophobia, homophobia, xenophobia and utter hogwash are, increasingly, the only things the political right has to offer.

So from where I sit, Biden speaks nonsense. But maybe that’s not the worst thing in the world.

I’m remembering another president who spoke nonsense. This was on March 4, 1933.

Having just taken the oath of office, Franklin Roosevelt faced a nation mired in economic collapse — the unemployment rate near 25 percent, GDP down by 30 percent, one in five banks failing — and promised a revival.

“The only thing we have to fear,” he asserted, “is fear itself.”

And yes, the words are stirring.

But if you think about it, they also are ridiculous.

Americans, after all, had plenty to fear: joblessness, homelessness, hunger, and the prospect of national collapse topping the list.

Yet Roosevelt’s words rallied and inspired a dispirited nation.

Almost 90 years later, they offer a challenge to skeptics like me, a reminder not to underestimate the power of presidential optimism. Or, indeed, the power of a president’s character.

When Bill Clinton was pilloried for sexually exploiting a naïve young woman and then lying about it, it was common to hear his defenders opine that it didn’t matter what kind of man a president was, so long as he did the right thing politically.

If the last four years accomplished nothing else, they should have put to rest the notion that presidential character is unimportant.

The kind of person a president is has a lot to say about the kind of nation we will be.

It is his or her job to make entreaty to the best in us to speak into existence that which is unlikely — indeed, that which may even be, or at least seem to be, patently ridiculous.

That’s how Lincoln won a civil war, Roosevelt overcame a great depression and Kennedy sent men to the moon.

The memory of all that imposes upon me a certain duality of mind when Biden insists, against all the evidence of our eyes, our hearts and our logic, on American unity.

On one hand, you recall the march through Charlottesville, the breaching of the Capitol, the spinelessness, the faithlessness, the litany of lies and alibis that continues right up to the present moment, and the idea of unity with those people — yes, they have become “those people” in my mind — seems delusional, far-fetched, a mirage of shadow and smoke.

On the other hand, it feels undeniably ... right to once again hear a president call us toward higher purpose.

So yes, a duality of mind.

I do not believe unity is possible.

But I’m glad Joe Biden does.

Apparently, Adam Kinzinger’s family hates him now. Alexander Hamilton would not be surprised.

Leonard Pitts Jr.: For African Americans, faith is not confined to the hope of heaven

George Zimmerman was acquitted in the killing of Trayvon Martin on a Saturday night in 2013.

So last week, Sen. Josh Hawley complained he was being “silenced.” He lodged this complaint on Fox “News” and in The New York Post.

Leonard Pitts Jr.: It is different, being us

An open letter to African-American people:

Leonard Pitts Jr.: What's it going to take to shock the GOP back to itself?

What is it going to take?

Leonard Pitts Jr.: This is not a feel-good story

This is not a feel-good story.

Leonard Pitts Jr.: No way for decent people to 'unite' with racism, anti-Semitism or homophobia

It’s been said of Abraham Lincoln that he had a “mystical” devotion to the idea of Union. His conviction that the American states were united …