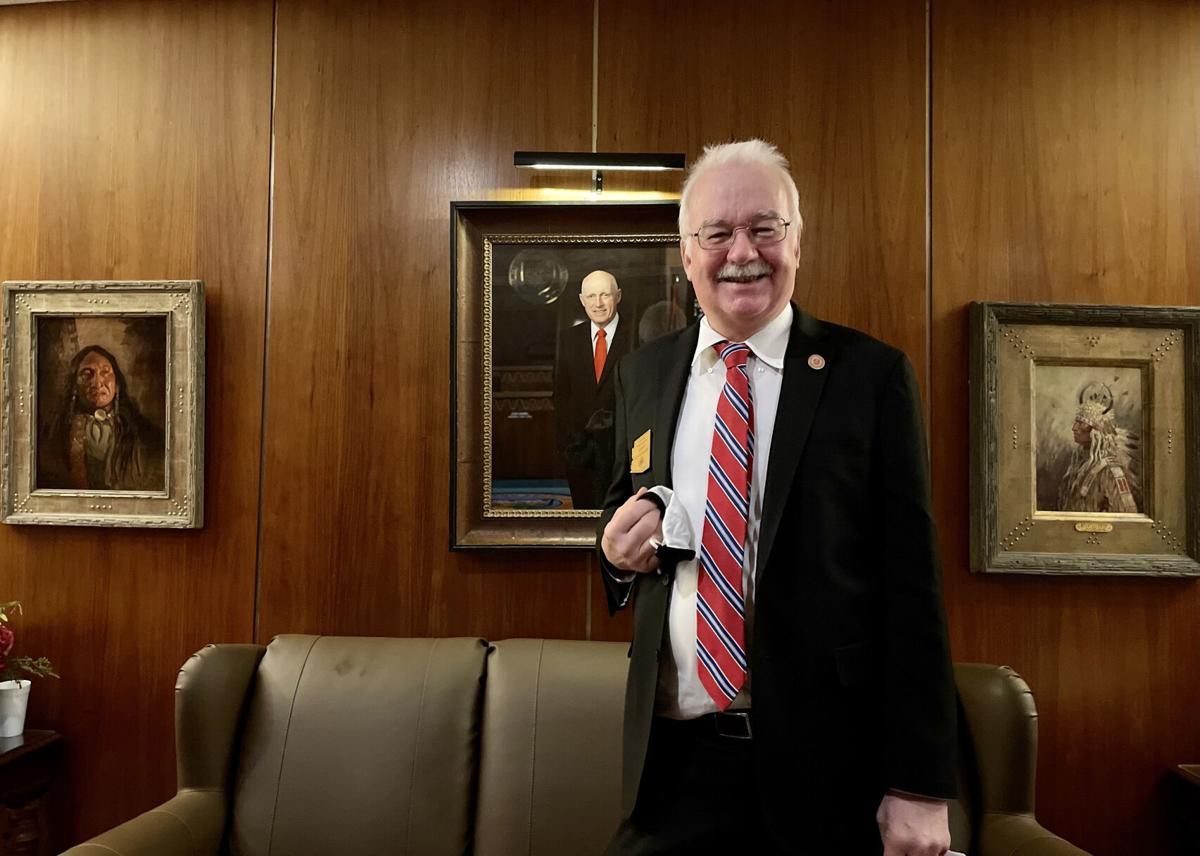 On the issue of guns, John Kavanagh has a record unblemished by sanity.

Indeed, a scroll through Vote Smart, the nonpartisan, nonprofit voter information clearinghouse, suggests the Arizona state lawmaker has never met a pro-gun measure he didn’t like. That includes bills authorizing concealed carry in public buildings, firearms sales without background checks and even one prohibiting the state from keeping records on gun owners.

So, yes, the man loves guns. The man thinks everybody should have access to guns.

But he doesn’t think everybody should vote.

Your modern Republican, you see, considers ballots more dangerous than bullets. “There’s a fundamental difference between Democrats and Republicans,” Kavanagh told CNN last week. “Democrats value as many people as possible voting, and they’re willing to risk fraud. Republicans are more concerned about fraud, so we don’t mind putting security measures in that won’t let everybody vote — but everybody shouldn’t be voting ...”

You may read that over again if you wish, but it won’t become less ugly. And if you’re unclear on who the “everybody” is that shouldn’t be voting, well ... welcome to America. Hope you enjoy your visit. If you get down to Miami, be sure to try the stone crabs.

The rest of us are confronted with a party made so desperate by its dwindling prospects of winning free and fair elections that it acts with increasing boldness to make them unfree and unfair. We keep seeing Republicans do as Kavanagh did — give the game away, accidentally tell the truth of their alleged concern about so-called voter fraud that they know does not exist. In fact, just days before Kavanagh’s bout of rhetorical diarrhea, former senatorial candidate Lauren Witzke warned that, without passage of voter-suppression bills, “We will never win again.”

To do that, Democrats and everyone else who believes in the will of the people must demand passage of the John Lewis Voting Rights Advancement Act and the For The People Act, now making their way through Congress. And they must get a move on, because Republicans are legislating too, introducing more than 250 state laws designed to restrict “everybody” from voting.

It is a startling fact, but a fact nevertheless, that we are living through the only time this country has ever tried democracy — one person, one vote. Which is to say, the 56 years since the Voting Rights Act was signed. Now, one party has decided democracy isn’t to its taste and is working to get rid of it.

But what we need to get rid of is “leaders” who do not venerate America’s core mission, its truths held self-evident. Our civic life must be scrubbed clean of crackpots, scoundrels and dullards who drag our most sacred values through the muck.

Leonard Pitts Jr. is a columnist for the Miami Herald, 3511 NW 91st Ave., Miami, Fla., 33172. Readers may contact him via e-mail at lpitts@miamiherald.com. Pitts’ column is provided by the Tribune Content Agency.

Leonard Pitts Jr.: A model of policing we too seldom get to see

We need to talk about what happened when police confronted a mentally disturbed man at a convenience store near Washington, D.C.

Leonard Pitts Jr.: He was having a bad day

He was having a bad day.

Leonard Pitts Jr.: The victims of this war don't get a wall

“This is a violent civilization — if civilization’s where I am.” — Gil Scott-Heron, “Gun”