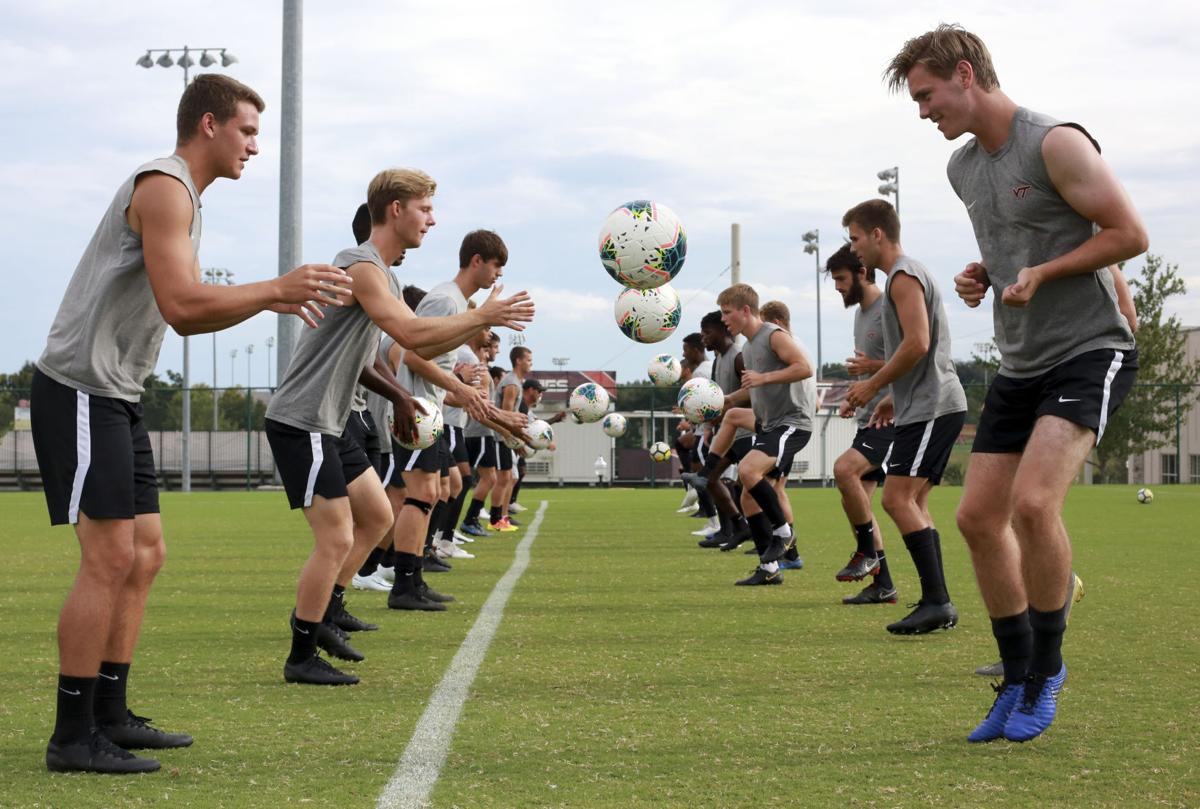 The Virginia Tech men's soccer team will play only six ACC games this season, down from eight last fall. 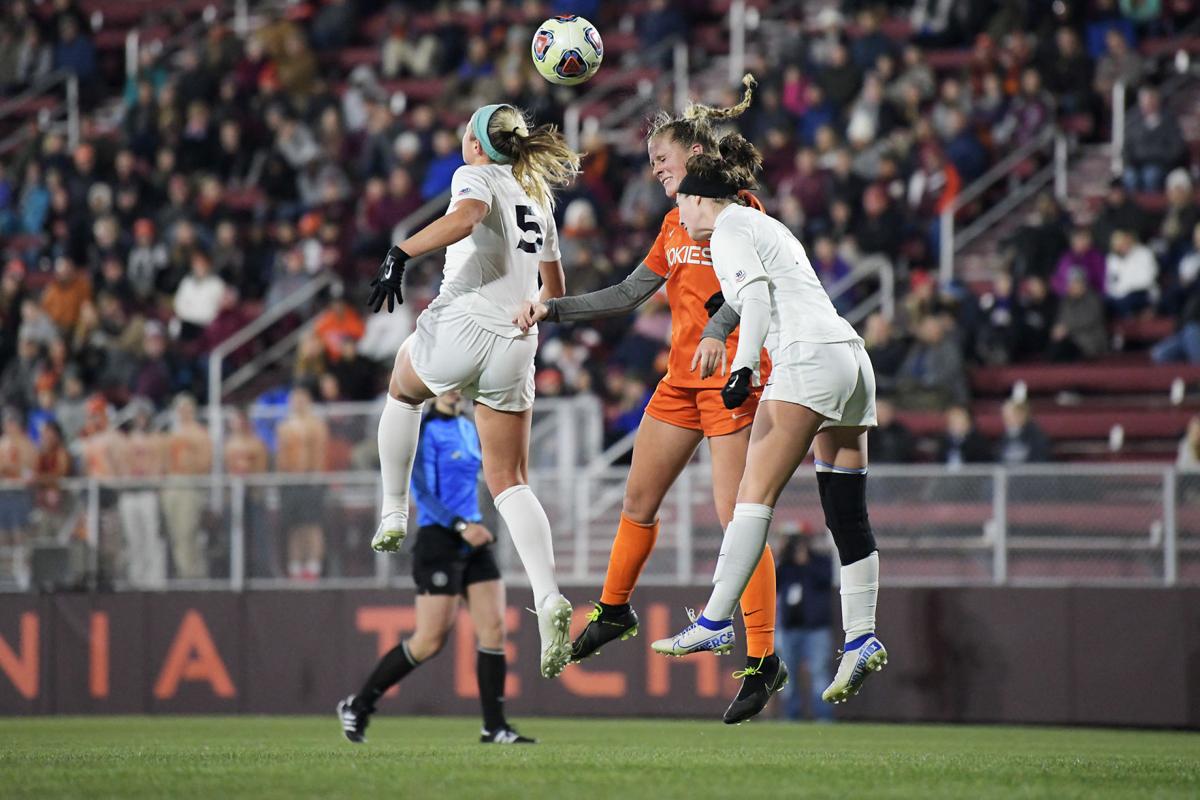 Then-Virginia Tech women's soccer player Jordan Hemmen (center) and two Xavier players go up for the ball during the 2019 NCAA tournament. The Hokies will play only six ACC games this fall, down from 10 last fall. 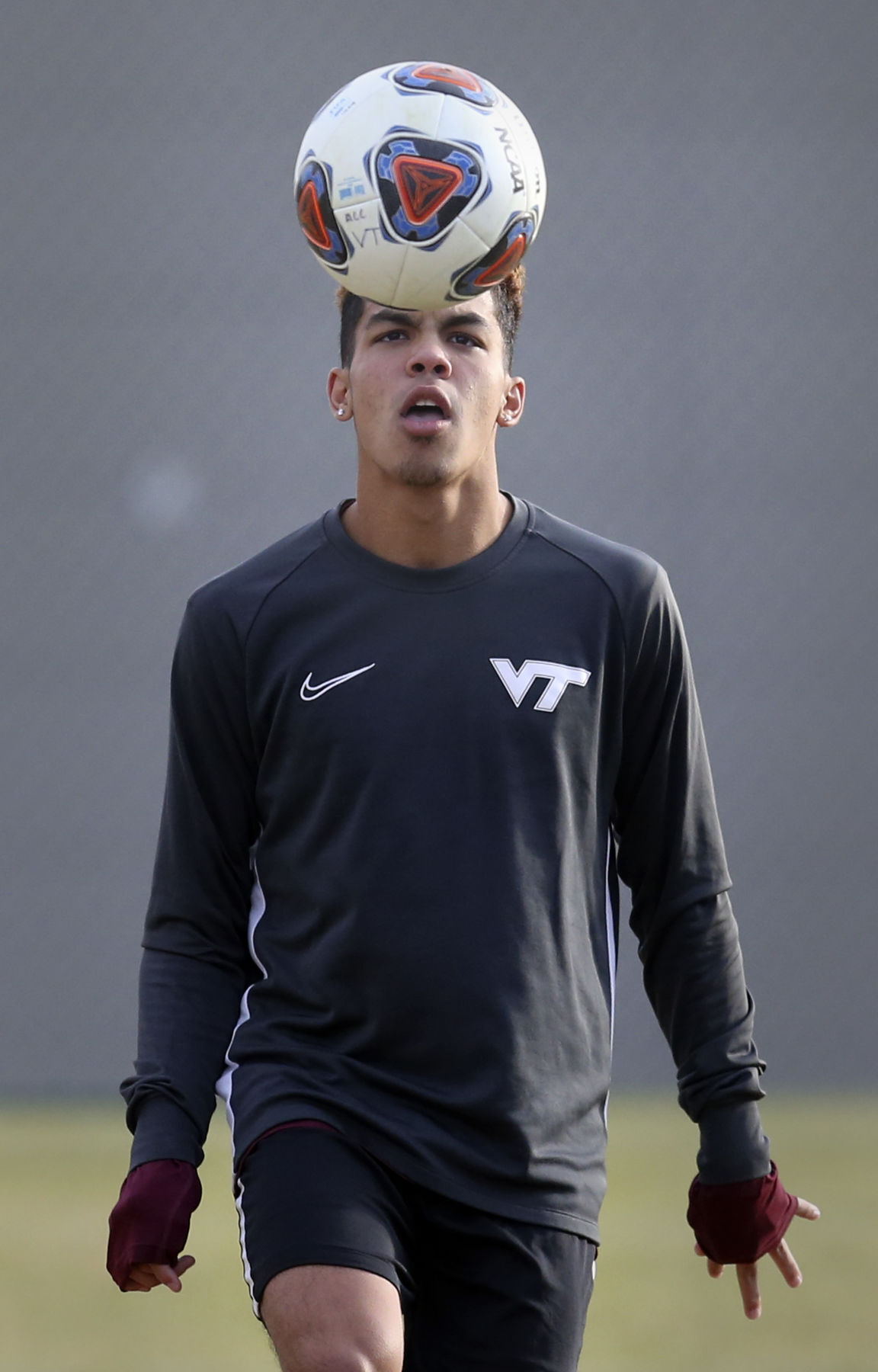 The ACC revealed its scheduling plans for the fall Olympic sports season Wednesday.

For the second time this month, the ACC has pushed back the start of the season.

The league announced Wednesday that fall competitions for Olympic sports teams won’t begin until Sept. 10 because of the coronavirus pandemic.

The ACC had announced on July 9 that its fall Olympic sports teams would not be playing any regular-season games or preseason exhibitions until at least Sept. 1.

Virginia Tech women’s soccer coach Chugger Adair, whose team already had four regular-season games wiped out by the July 9 decision, said the Hokies will have two more games scrapped because of Wednesday’s decision.

The ACC also revealed Wednesday that when it comes to the ACC portion of the schedule, its fall Olympic sports teams will play only a limited conference schedule consisting of the minimum number of games a squad must play this season under NCAA rules. The NCAA recently lowered the season minimums for teams because of the pandemic.

• Women’s soccer teams will each play six ACC games, down from 10 last year.

“I would love to have a normal season,” Adair said. “We’re trying to do all we can to have a season.”

Adair has not yet been given his new ACC schedule.

• Volleyball teams will play 10 ACC matches, down from 18 last fall.

The fall teams are still free to have nonleague games on their schedule, providing none are held before Sept. 10.

Teams are also free to play nonleague games against any ACC rivals that are not on their league schedule.

Adair said he expects his team will have some nonleague games.

“We’ll look to pick up some other games once we know more of the ACC schedule,” Adair said. “There’s been some text exchanges.”

For cross country, teams can schedule however many meets as they want.

There will still be ACC championships for soccer, field hockey and cross country (volleyball never had an ACC tournament).

The ACC also announced that its golf and tennis teams will have to wait until their spring seasons to compete in tournaments. They will not be allowed to play in fall tournaments.

The NCAA recommended two weeks ago that COVID-19 testing and results should be obtained by schools within 72 hours of a football game kicking off and within 72 hours of the first game of the week for other “high contact risk sports,” including soccer, field hockey, volleyball, basketball, wrestling, lacrosse and rowing.

The ACC took the same 72-hour approach, announcing Wednesday that testing of athletes must be done within three days of a football game kicking off and within three days of the first game of the week for soccer, field hockey and volleyball. That also goes for basketball, wrestling, lacrosse and rowing teams, once their seasons roll around.

The conference is requiring only the aforementioned teams to be tested weekly during the season.

The ACC is also requiring nonleague foes to follow the ACC’s testing mandates for the two weeks leading up to the nonconference game in question.

For cross country, baseball and softball, the ACC is calling for its teams to be tested only every other week during the season.

Virginia has been the beneficiary of a decision by the Colonial Athletic Association to suspend football this fall as a result of the coronarvirus.

If there have been times when Jay Huff has kept Virginia men’s basketball fans on the edge of their seats, none would have topped Huff’s move Saturday.

It was a rare homecoming recently when J.R. Reynolds stopped by the Cregger Center at Roanoke College and put up some jump shots before leaving town.

The reworked Virginia road football schedule adds games at will still play at Clemson and Virginia Tech, but the ACC added trips to Miami, Florida State and Wake Forest as well.

The reigning Class 2 champion in the 100-yard freestyle from Glenvar, will head to New Orleans and the Green Waves after finishing her senior year with the Highlanders.

The first thing that Ricky Brumfield wants people to understand is that Virginia has had a respectable tight ends game.

There is no room for negotiation on one key point as Atlanta organizers consider multiple contingency plans for three season-opening games, including one involving Virginia, West Virginia and North Carolina, during the coronavirus pandemic.

The Virginia Tech men's soccer team will play only six ACC games this season, down from eight last fall.

Then-Virginia Tech women's soccer player Jordan Hemmen (center) and two Xavier players go up for the ball during the 2019 NCAA tournament. The Hokies will play only six ACC games this fall, down from 10 last fall.