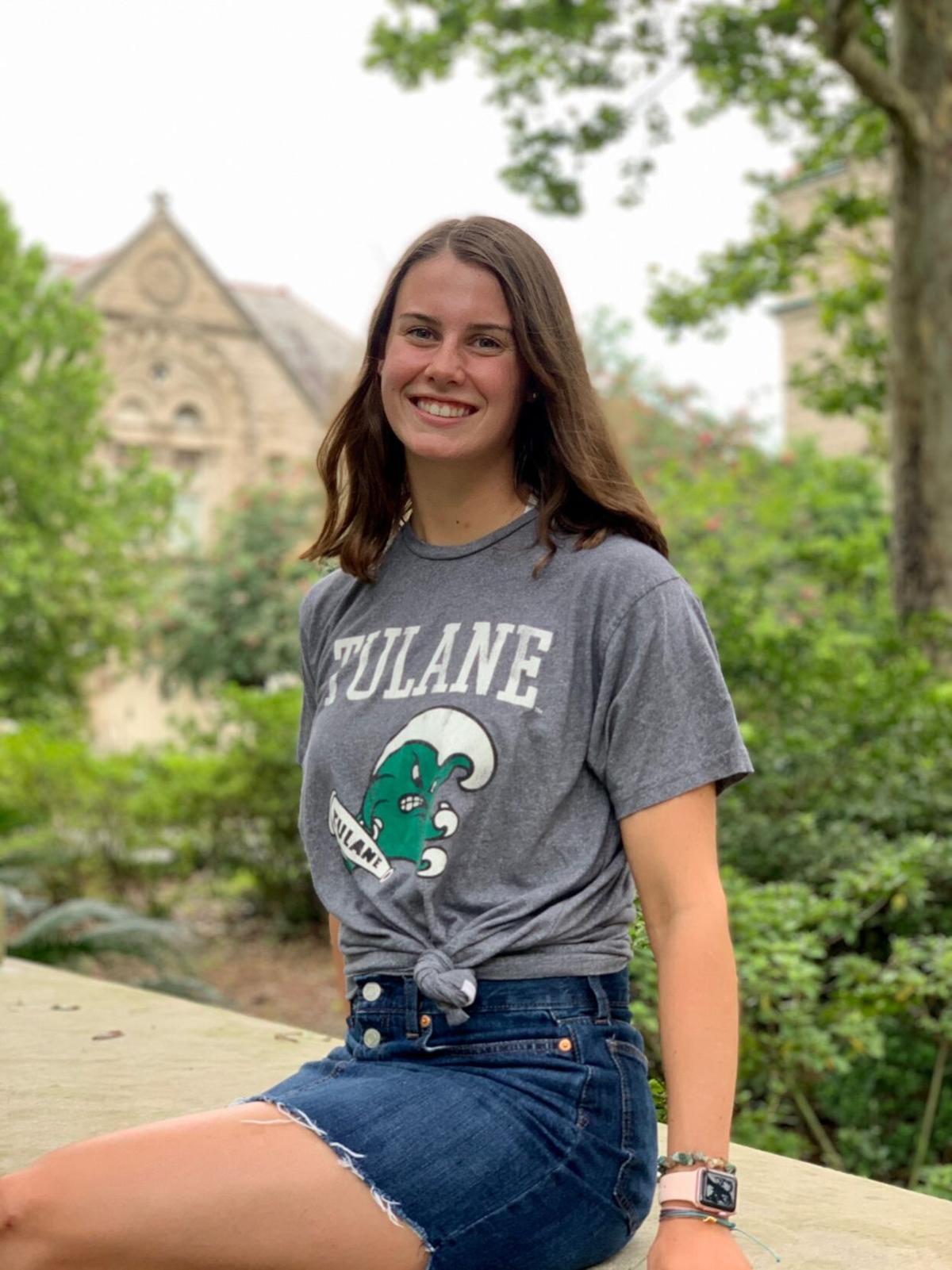 Glenvar rising senior Reese Dunkenberger has committed to attend Tulane, where she will also be on the swim team. 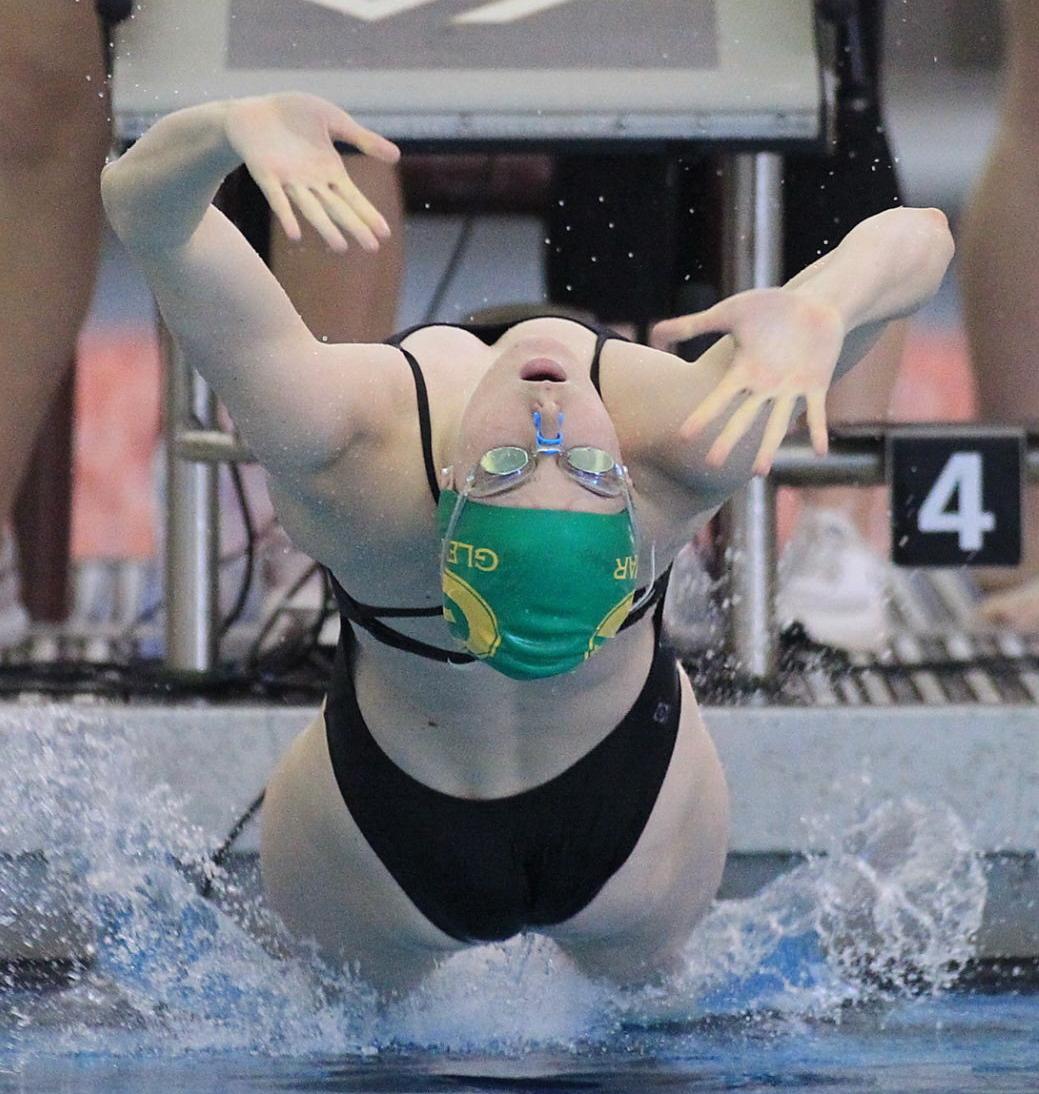 As if it wasn’t enough for Glenvar’s swim program to win a state championship earlier this year, now the Highlanders can lay claim to a Division I swimming recruit.

Reese Dunkenberger, winner of the 100-yard freestyle and runner-up in the 100 backstroke at the VHSL Class 2 girls state swim meet, made a verbal commitment to Tulane after visiting the campus this past weekend.

“I’d been on campus a couple times but that was the first time I’d been down there in a while,” said Dunkenberger, who has family in the New Orleans area.

Dunkenberger’s aunt, Beth, spent nine years on the women’s basketball staff at Tulane after serving as the head coach at Virginia Tech.

“Ever since I was little, I always had the goal of swimming in college and that was a big dream of mine,” said Reese Dunkenberger, a product of the Virginia Gators’ year-round program. “I’ve been working toward that since as long as I’ve been swimming.”

“Reese is a tremendous athlete and exceptional student,” said Shannon Hall, the Timesland girls swimming coach of the year. “She is also a mentor to many of the swimmers on the Glenvar High School team.”

Dunkenberger responded: “[Hall] and Daniel Smith have done a great job. The program has really grown since I swam exhibition in the eighth grade.”

“There’s been huge satisfaction in what Glenvar’s been able to accomplish.”

Dunkenberger, a Highlanders rising senior, said she will be on scholarship at Tulane.

“It was a goal but it wasn’t going to be my determining factor,” said Dunkenberger, who has better than a 4.0 grade-point average for her Glenvar career. “I was more into the atmosphere of the school and the academic opportunity as well as the team culture.

Blacksburg High School lacrosse goalie Zenna Carson, who had her final season wiped out by the coronavirus pandemic, plans to play in college for Guilford. Carson is one of 33 female recipients of the US Lacrosse Jackie Pitts Award, which is recognizes players who “go above and beyond” in service to his/her team, school, and community, according the US Lacrosse website.

Ocean Lakes High School running back Khalan Laborn, rated the No. 1 football prospect in Virginia by The Roanoke Times in 2016, has been dismissed by Florida State for a violation of team rules.

He played in 10 games last year, rushing for 297 yards and four touchdowns, but was suspended for the final two games of the season and had been sent home prior to a bowl game earlier in his career. Two of his TDs came when FSU beat Alabama State 49-12 last November.

Ja’Quay Hubbard, a 6-foot-5, 335-pound offensive lineman, is transferring from Virginia to West Virginia. Hubbard, a four-star recruit coming out of Sharpsville (Pa.) High School, played in early-season games against Pittsburgh and William and Mary and will be a redshirt freshman.

Virginia offensive lineman Dillon Reinkensmeyer and wide receiver Terrell Jana have been named to the 2020 Wuerffel Award watch list. Named for 1996 Heisman Trophy winner Danny Wuerffel of the University of Florida, it recognizes an FBS player each year for community service. Also on the list is Hidden Valley graduate Tyriq Harris, who now plays at Charlotte.

One returner on the roster is Julien Wooden from Northside, who averaged 5.0 points for the Dukes last year, when he was fifth on the team in minutes played with 19.2 minutes per game. He also started in 10 games.

Mitch Burns, a 6-foot-7 forward for Patrick Henry High School in its pre-coronavirus bid for a boys state basketball championship, has accepted an invitation to play at Shepherd (W.Va.) University. His mother had played at Marshall.

According to his dad, Todd Burns, Mitch was pursued by several Division II programs, including Shepherd , but recruiting was made difficult by closed campuses and coaches limited to phone calls.

The virus and UVa alums

Former UVa linebacker Jordan Mack, who was signed by the Carolina Panthers as an undrafted free agent, has elected not to play this season as a result of the COVID-19 pandemic. His older brother, Charles, played at Richmond and is serving as a graduate assistant at Virginia.

Aug. 17, 2020, 12:30 p.m.: Danny Wuerffel played college football at the University of Florida. The originally published version of this article incorrectly reported where he played and has been updated.

Postponement of the Virginia-Virginia Tech football game was not complete without a conversation between the head coaches.

By the end of the week, ACC associate commissioner Paul Brazeau thinks he’ll have a good idea of what’s ahead for the upcoming basketball season.

UVa football: Keeping an edge is challenge for anxious Cavaliers

Virginia coach Bronco Mendenhall says his football team has been healthy and ready to play football for weeks, but still must wait at least another week before they get on the field.

Former Cave Spring High School, UVa and NFL standouts Tiki and Ronde Barber are once again on the ballot for the Pro Football Hall of Fame.

The date has been pushed back from Nov. 10 because of the coronavirus pandemic.

UVa football: Cavaliers now will open at Duke on Sept. 26; some players speak out on delay

Several Virginia football players were critical of Virginia Tech's decision to postpone the game with the Cavs on Sept. 19. However, the Cavaliers did have its game with Duke moved into September.

Two years after winning the NCAA championship with a postman from New Zealand, the Virginia men’s basketball team is pursuing another Kiwi connection.

Virginia men’s basketball fans who set their clocks for 2:30 a.m. Eastern Time were rewarded Sunday morning when coveted prospect Taine Murray revealed that he had committed to Virginia.

A look at the Eagles.

UVa football: Depth still a plus for Cavs at DB

If not for a season-ending injury to heralded defensive back Bryce Hall, Virginia might be wondering how to replace him.

Glenvar rising senior Reese Dunkenberger has committed to attend Tulane, where she will also be on the swim team.