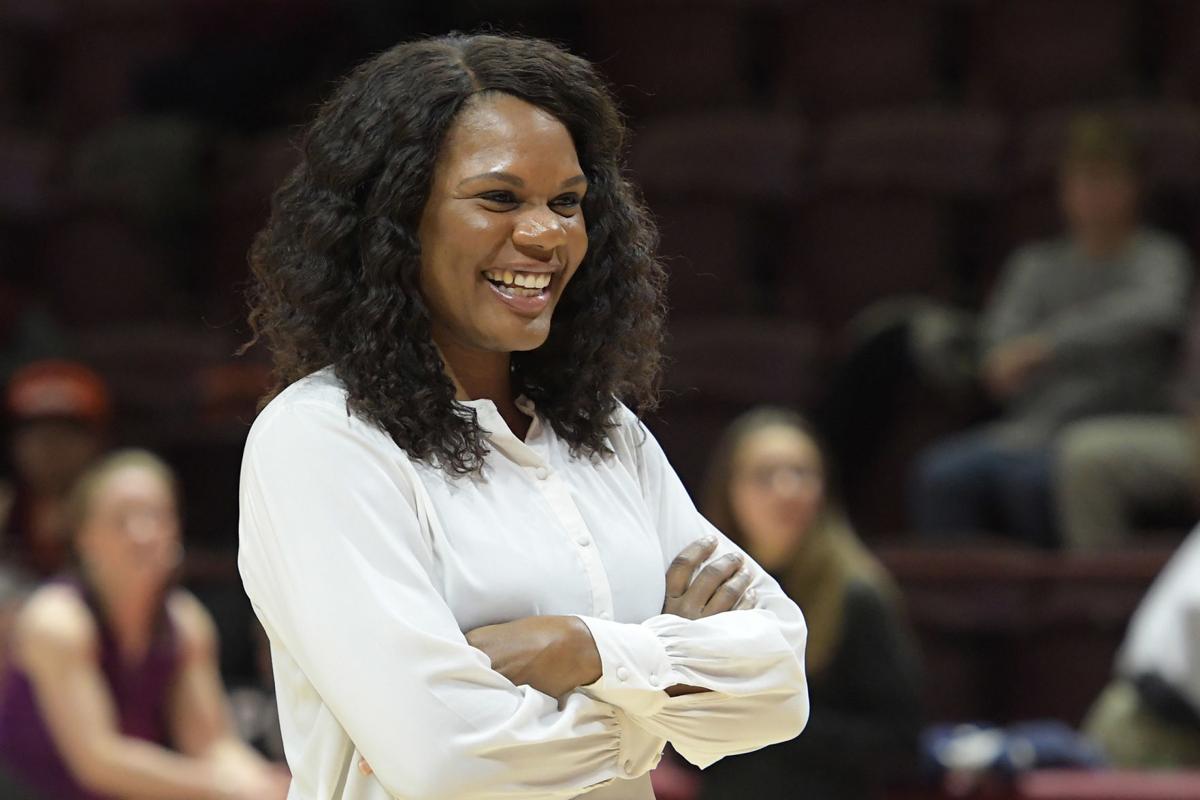 Blacksburg High School and Virginia Tech graduate Britney Anderson has been hired as an assistant women’s basketball coach at Stanford. 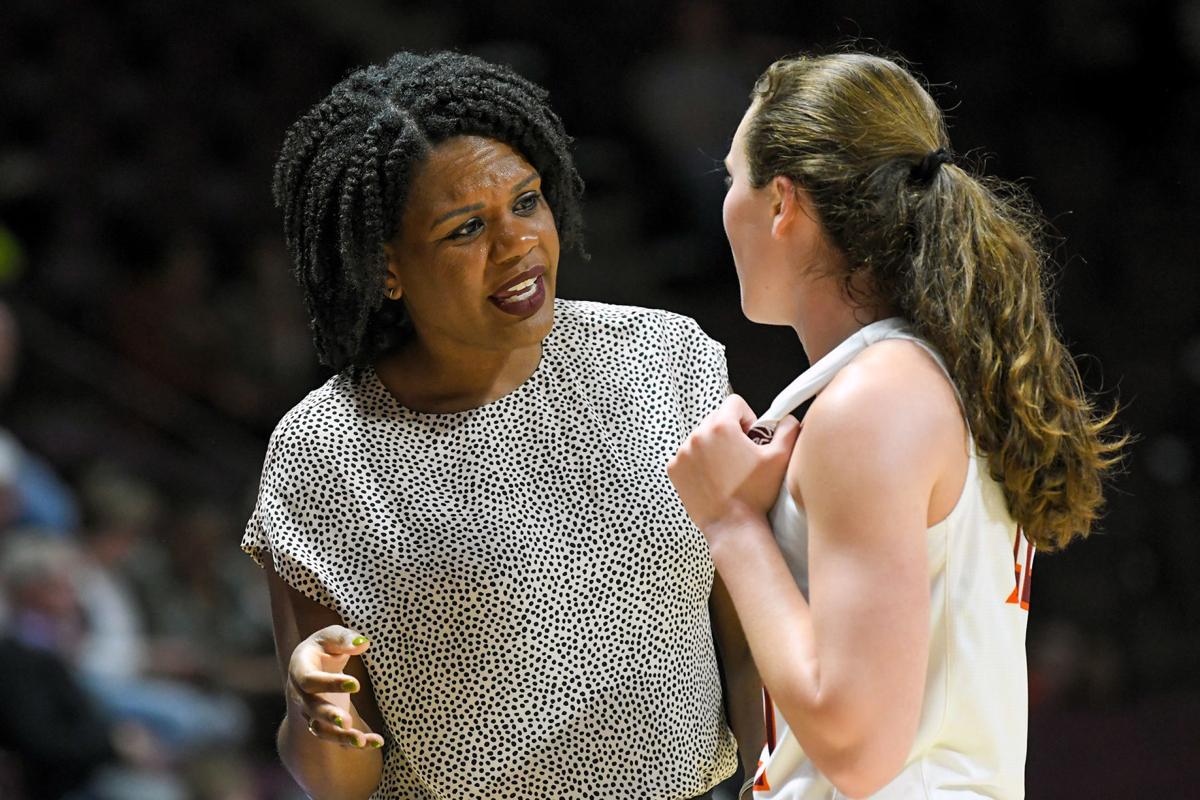 Britney Anderson (left), who has been a Virginia Tech assistant women’s basketball coach for five seasons, has been hired as an assistant at Stanford. 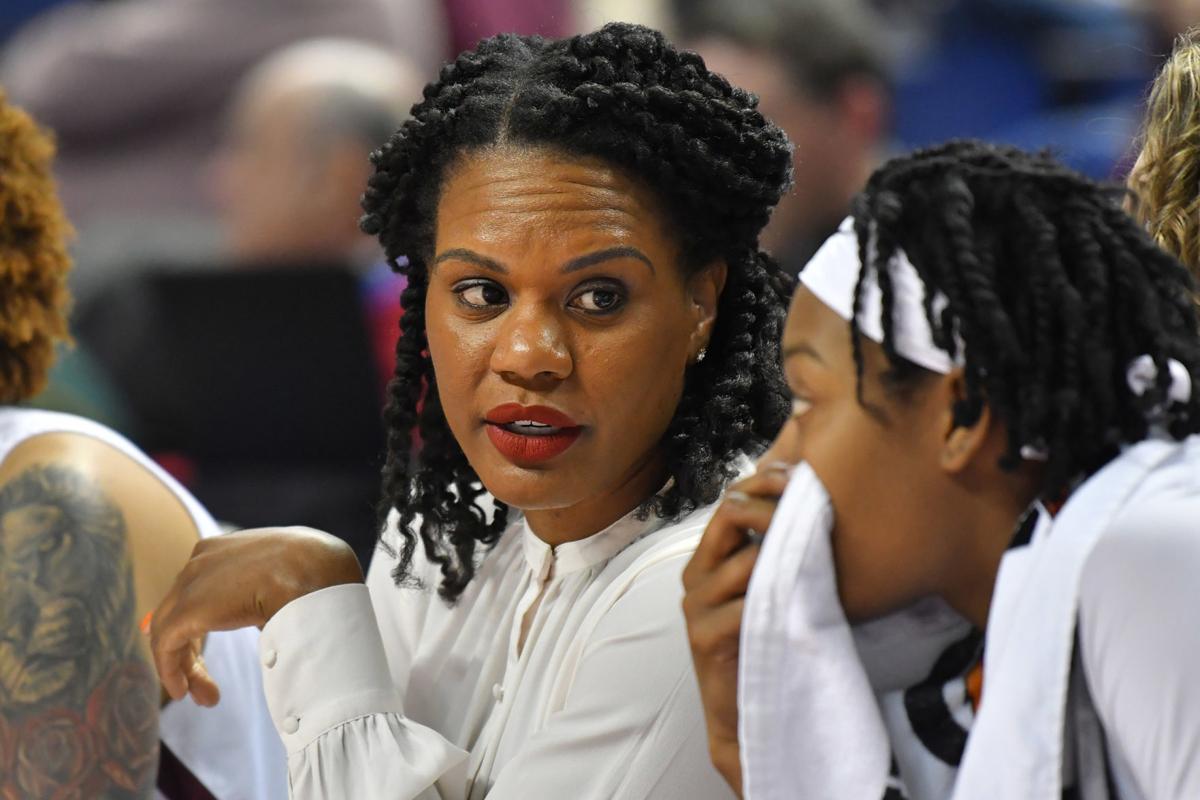 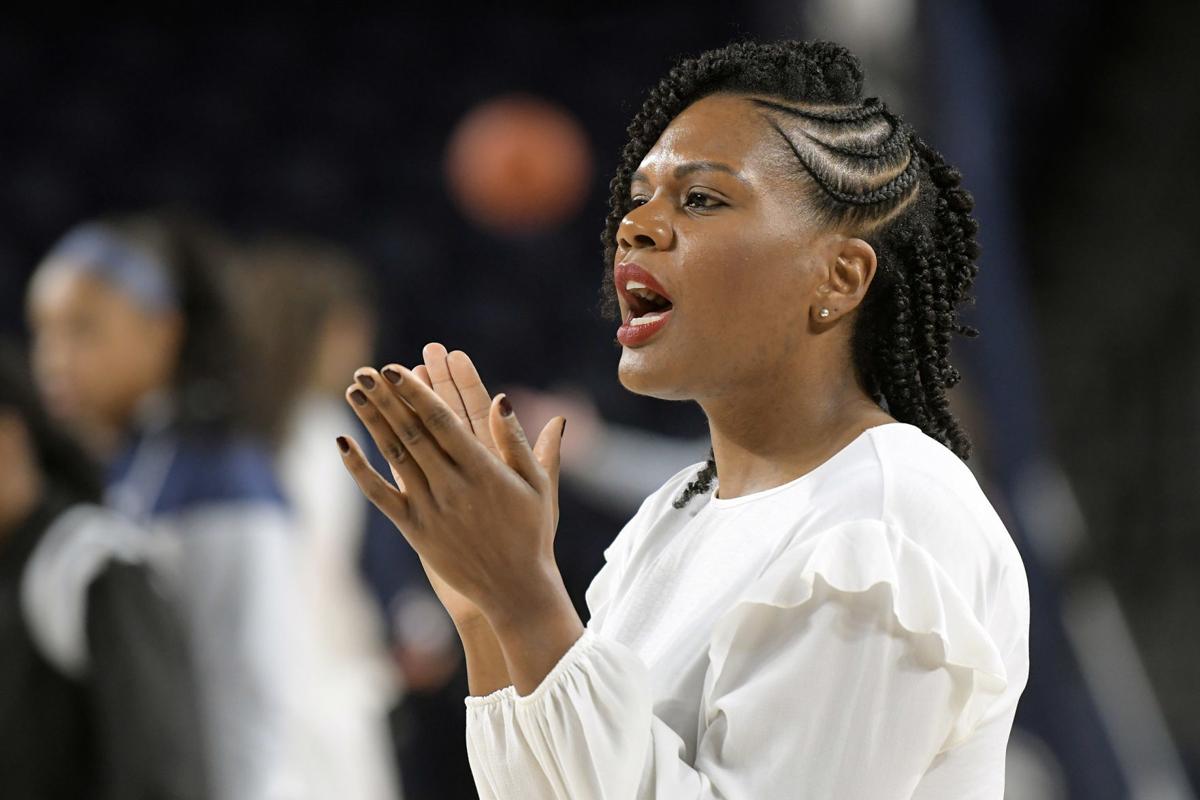 Britney Anderson is going to be making a cross-country trip.

Not for a vacation, but for a new job.

The Blacksburg High School and Virginia Tech graduate has stepped down as a Virginia Tech women’s basketball assistant coach to become an assistant at national power Stanford.

“I’m excited,” Anderson, 35, said Thursday in a phone interview. “It was hard to leave Virginia Tech, having gone there and working with Coach [Kenny] Brooks with everything he has built up to this point.

“But I felt like it was a once-in-a-lifetime opportunity.”

“We’re very excited to have Britney on board,” Stanford coach Tara VanDerveer said Friday in a phone interview.

“She’s someone that wants to be a head coach. I like that. She has very high ambitions.

“It’s going to be a fun adventure for her, coming to the West Coast and a new conference. … I have a lot of confidence that she’s going to do an excellent job.”

VanDerveer has led the Cardinal to two NCAA titles. She steered the 1996 U.S. Olympic team to a gold medal and has been inducted into the Naismith Memorial Basketball Hall of Fame.

“It blew my mind the first time I talked to her,” Anderson said.

Stanford went 27-6 overall and 14-4 in the Pac-12 before the 2019-20 season came to a premature end in March because of the coronavirus pandemic. The Cardinal, which lost in the Pac-12 title game, was ranked No. 7 in the final Associated Press poll.

Anderson’s mentor, former Stanford player and assistant Bobbie Kelsey, helped Anderson get the Stanford job. Kelsey was a Virginia Tech assistant coach when Anderson played for the Hokies. When VanDerveer asked Kelsey a few months ago for some names to consider for an opening on her staff, Kelsey recommended Anderson.

Stanford assistants who knew Anderson from the recruiting trail also put in a good word. Anderson interviewed with VanDerveer via a video conference.

But Stanford is in a hiring freeze, so it took time for Anderson’s hiring to be approved.

Anderson has coached in the New River Valley the past seven seasons, including the past five years at Tech.

After serving as an assistant to Radford University coach Mike McGuire for two seasons, Anderson was hired by then-Hokies coach Dennis Wolff in 2015.

When Brooks succeeded Wolff as Tech’s coach in 2016, he retained Anderson as an assistant.

The Hokies made the WNIT in Anderson’s first four years as an assistant.

The 21-9 Hokies were a safe bet to make the NCAA tournament this year for the first time since 2006, when Anderson was a Tech junior. But the NCAAs were canceled because of the coronavirus pandemic.

“I literally was laying around for three or four days, like, ‘Is this really happening?’ ” Anderson said. “It sucked.”

The Hokies tied for fourth in the ACC with an 11-7 league mark, finishing with a winning ACC record for the first time.

“I’ll miss the team … and being around the school,” Anderson said. “I am very proud of where the program is now, being an alum. I know it had some dark days.”

She plans to get to Stanford by driving across the country.

“I’m going to make it a road trip with my mom, … stopping in different cities to take pictures and stuff,” she said. “With coronavirus and everything going on, I cannot bring myself to get on a plane.”

“Moving during COVID, it’s a challenge,” VanDerveer said. “She was up for it.”

Anderson will be in charge of East Coast recruiting for Stanford.

“Stanford recruits nationally,” VanDerveer said. “She’s known as a great recruiter. … She does have a lot of great contacts on the East Coast.”

She was a Hokies forward from 2003-07, helping Tech make three NCAA tournament appearances and one WNIT appearance. She first played for Bonnie Henrickson, then for Beth Dunkenberger. Anderson averaged 10.2 points as a senior.

After graduating from Tech, she broke into coaching by serving as the girls basketball coach at Blacksburg Middle School for one year.

Anderson then worked in Northern Virginia before joining the Radford staff in 2013.

This will be the first time Anderson has worked outside the commonwealth.

“I would’ve never thought I would move to California,” she said. “I was very happy with being at Virginia Tech.”

There’s not many Tahj Bullocks around’: Why Virginia Tech’s recent QB commit is a special talent

Blacksburg High School and Virginia Tech graduate Britney Anderson has been hired as an assistant women’s basketball coach at Stanford.

Britney Anderson (left), who has been a Virginia Tech assistant women’s basketball coach for five seasons, has been hired as an assistant at Stanford.