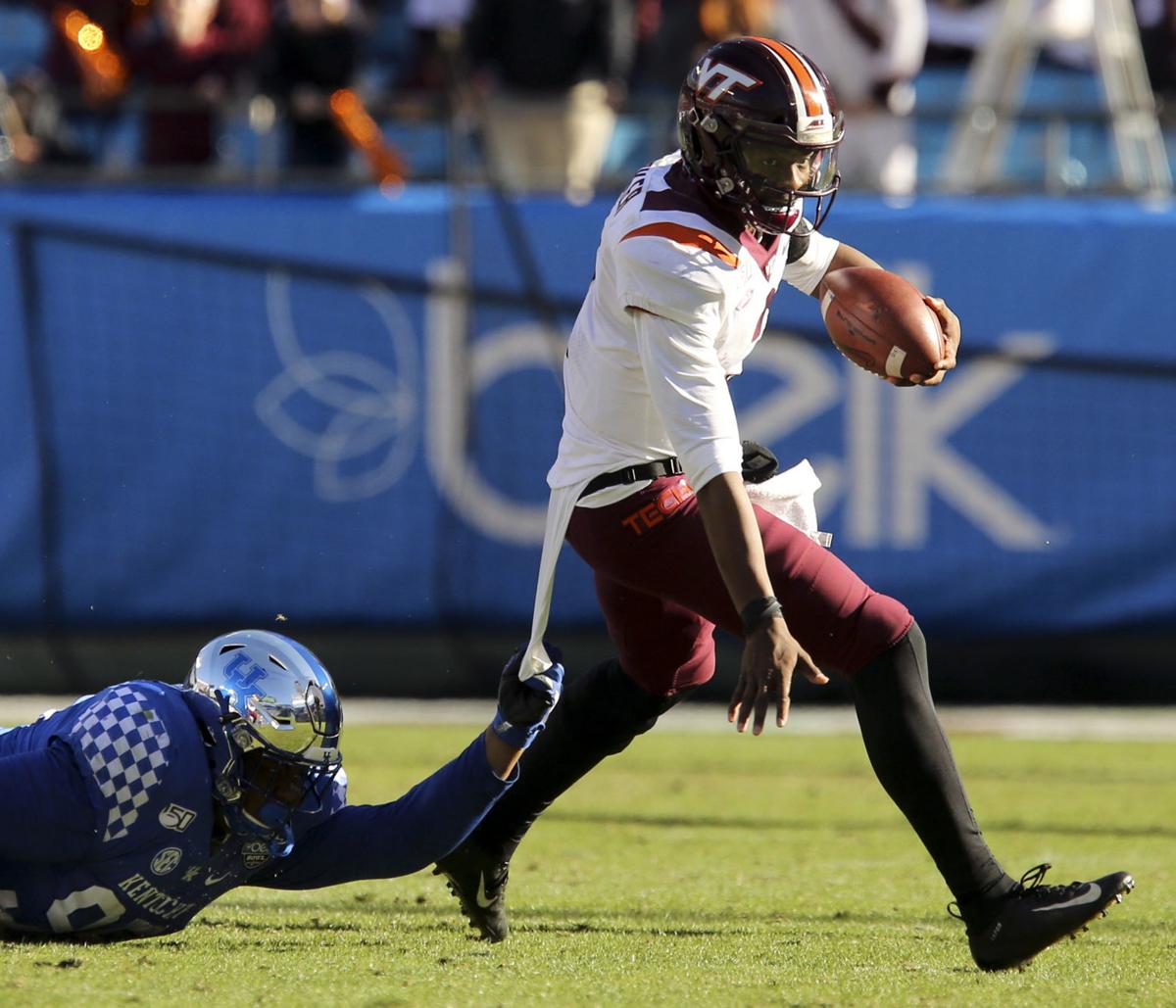 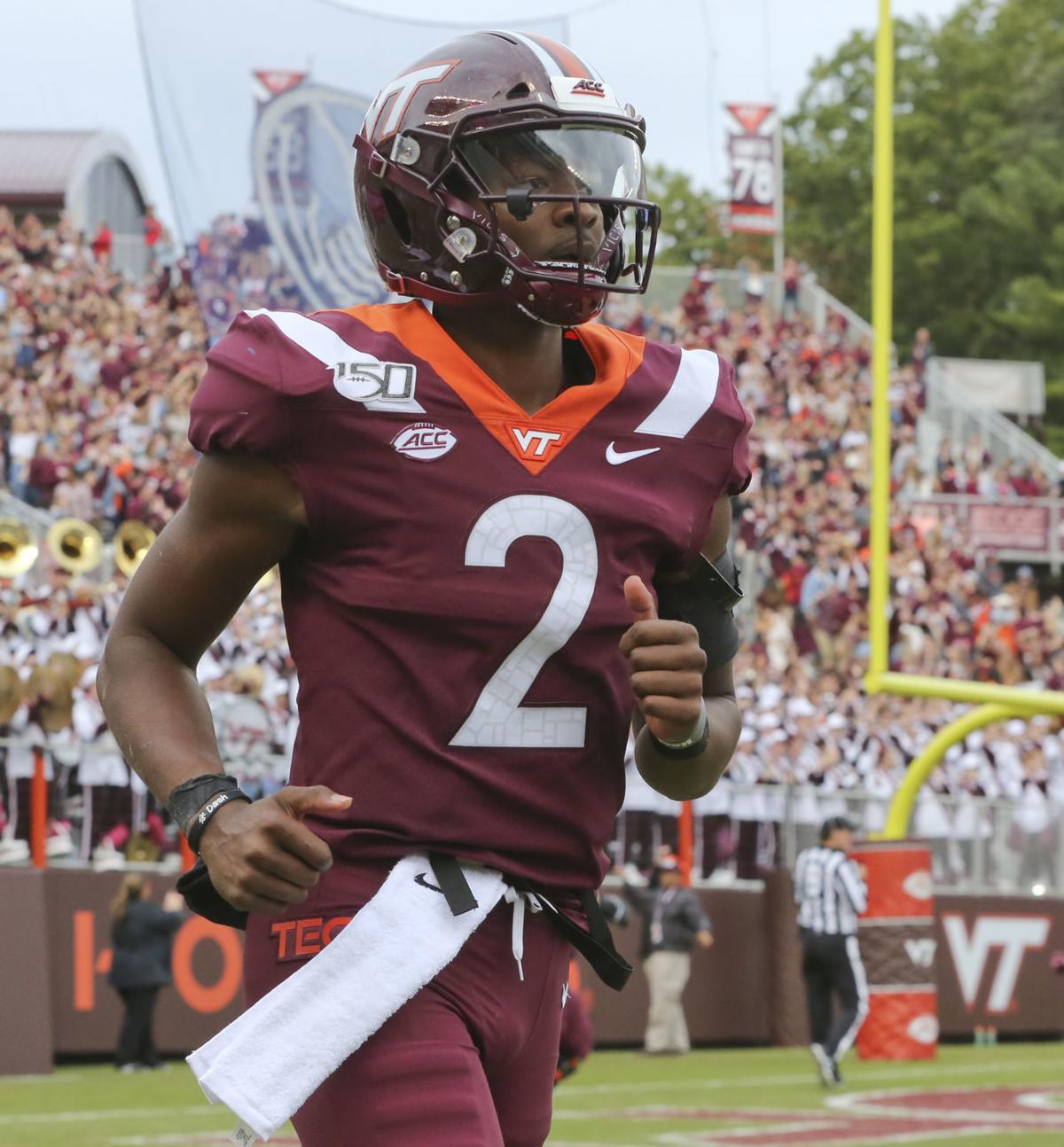 Virginia Tech quarterback Hendon Hooker plays during the first half of the Virginia Tech vs. University of North Carolina game on Oct. 19, 2019.

The Hokies started voluntary workouts on June 16, but Hooker was one of the players who left campus back in March and wasn’t brought back until last week.

Before the COVID-19 pandemic turned the sports world upside down, Hooker went into the offseason looking to build on his successful stint as starter. He helped turn Tech’s 2019 season around, going 6-2 under center with 1,900-plus total yards and 18 touchdowns.

Hooker focused his early efforts on further cementing himself as a locker room leader by frequently popping into the weight room to support his teammates before and after his own workout. Tech’s strength and conditioning staff split the team up into three groups for the winter offseason conditioning program.

On one particular “big squat Friday” in February, Hooker worked out in the early morning and was back in the weight room a couple hours later for the afternoon weightlifting session to cheer on the likes of Maxx Philpott, Austin Cannon, Keshon Artis and Brock Hoffman lift upwards of 600 pounds.

When the team parted ways a few weeks later, Hooker returned home to Greensboro where his focus shifted from building camaraderie to staying physically prepared while the team was apart.

“He was always comparing what he would be doing back on campus (in a normal year),” Hendon’s father Alan said in a phone interview with The Roanoke Times. “He was training hard, he was pushing himself because he was worried he wasn’t doing enough. If he was at school he would have coaches constantly pushing him, so he always went a little harder.”

That meant working out twice a day with very few off days.

“He had a morning routine that he would get up and do with his brother (Alston Hooker),” Alan said. “They would compete with each other, do speed work and since he couldn’t get to a gym with weights he would do band work then he would pick the hottest time of the day for some additional conditioning and position work.”

There also was plenty of studying to be done with weekly position meetings. The NCAA started allowing coaching staffs to host virtual team meetings and film review sessions in April (it went from four hours a week to eight).

There was no slacking off during those meetings from what Alan Hooker witnessed.

“(Tech offensive coordinator) Brad Cornelsen is extremely organized,” Alan Hooker said. “I’m an educator, so I listened a little to see how he got the guys involved, he had them doing activities, and thinking about the different processes. The guys aren’t just sitting there, you know? I was extremely impressed with how he got these teenage guys preparing for each call and eager to participate.”

Alan Hooker is confident his son will maintain that level of focus in the weeks to come despite the uncertainty about the 2020 season in the wake of the COVID-19 pandemic.

“We are all hoping this will subside in the fall,” Alan Hooker said. “I know he’s preparing for the best season he could ever have at Virginia Tech.”

There’s not many Tahj Bullocks around’: Why Virginia Tech’s recent QB commit is a special talent

Virginia Tech quarterback Hendon Hooker plays during the first half of the Virginia Tech vs. University of North Carolina game on Oct. 19, 2019.