Durrell Johnson has become a menace for opposing offensive coordinators during the past three weeks. The Liberty defensive end totaled 9.5 tackles for a loss in that span, including matching a career high with 3.5 stops behind the line of scrimmage in a win over Arkansas.

Johnson’s gaudy streak has vaunted him to the national lead in the category. His coaches even think his play should be considered for All-America teams.

“I’ve never had anybody have 20 TFLs in a season,” co-defensive coordinator and linebackers coach Josh Aldridge said Monday. “I don’t see how anybody would be more merited to have that than him.”

The super senior elected to return for an extra season after a disappointing 2021 campaign and has become a formidable presence off the edge in every down-and-distance.

His scintillating three-game stretch increased his season total to 21.5 tackles for a loss, which leads the nation and is 2.5 ahead of Cincinnati linebacker Ivan Pace Jr. and Central Michigan defensive end Thomas Incoom.

Johnson boasts some other gaudy numbers to add to his resume. He ranks third in the nation with three fumble recoveries, has racked up a team-leading eight sacks and has posted a career-high 47 tackles this season.

“I just love how level-headed he’s been about it, too,” Aldridge said. “It’s not about stats; he just wants to go out there and put a good product on the field and the stats have taken care of themselves.”

Starting quarterback to be decided Tuesday

Flames coach Hugh Freeze said after Saturday’s 23-22 loss to Virginia Tech he wanted to see more consistent play out of the quarterbacks, and the plan for Saturday’s season finale against New Mexico State should center around one signal caller.

That assessment didn’t change over the weekend.

Freeze said Johnathan Bennett, Kaidon Salter and Charlie Brewer all are options for who will get the starting nod for the noon kickoff inside Williams Stadium.

Bennett has started six straight games and seven overall this season as Salter (groin) and Brewer (right hand) have dealt with injuries this season. Bennett, a fourth-year sophomore, has led the Flames (8-3) to program-defining wins over BYU and Arkansas, but inconsistent play from the first half of the season has returned in back-to-back losses to UConn and Virginia Tech.

He did account for the lone offensive touchdown scored against the Hokies, but lost a fumble late in the fourth quarter that sealed the win for Tech.

It was the 20th turnover the quarterbacks have committed this season. Bennett and Salter have combined to throw 14 interceptions and lose six fumbles.

Aldridge went through three instances in which Liberty’s defense could have either gotten off the field or limited Virginia Tech to a field-goal try in the one-point setback.

Tech’s first touchdown came one play after Liberty was whistled for having 12 players on the field at the snap, which negated a third-down sack that would have forced a field goal.

The Hokies’ other two touchdown drives were nearly stopped on the first play of each drive.

Defensive lineman Jay Hardy tipped a Grant Wells pass at the line of scrimmage late in the first quarter, and the ball was nearly caught by strong safety Brylan Green until he collided with linebacker Mike Smith Jr. Tech finished the 12-play drive with a touchdown.

Linebacker Ahmad Walker nearly came up with a fumble recovery on a drive that started early in the fourth quarter, but he was unable to secure the ball. Jalen Holston scored on a 1-yard run to cap a 5 ½-minute drive that put the Hokies ahead by one.

Freshman Nick Brown took over as the placekicker with Brayden Beck struggling with an injury in training camp. Brown was shaky in the first four games of the season, but has provided stability at the position over the past four weeks.

Brown has made six straight field goals after opening the season 5 for 11.

He converted on field goals of 47 and 37 yards against Tech.

“I think he’s swinging it really confidently and smooth right now and has good height and distance,” Freeze said, “and feel really, really comfortable calling for the field goal unit.”

Freshman defensive end CJ Bazile Jr. played in his fifth game of the season against the Hokies, which means he will not claim this season as a redshirt campaign.

Bazile played as TreShaun Clark’s backup with Khristian Zachary missing practice time earlier in the week with a sickness, according to Aldridge.

It was the first game Zachary has missed this season.

After being found guilty of a misdemeanor stalking charge in October in Lynchburg General District Court, former Liberty University tight end Jerome Jackson was acquitted of the charge Friday in Lynchburg Circuit Court.

The possessions ticked away in the second half. Jumpers weren’t finding their marks. Contested layups were rolling off the rim and into the wa…

The 10 players added from the transfer portal, one junior college transfer and six freshmen bring the Flames’ total scholarship players to 78.

Liberty converts in the paint, thrives on defensive end in lopsided triumph over Stetson

The Flames sliced and diced their way through the Hatters’ defense almost at will.

The 6-foot-3, 195-pound Venzant leads the team in rebounding and is coming off a career-high 13-rebound performance in Liberty’s win this past Saturday at North Florida.

It took Blake Preston a meager 33 seconds to begin asserting his dominance in the post two weeks ago against North Alabama. Liberty’s starting…

The Flames finally beat the Eagles.

Toughness. It was the word Liberty coach Ritchie McKay kept returning to during his halftime speech Saturday afternoon. Liberty had to exert t… 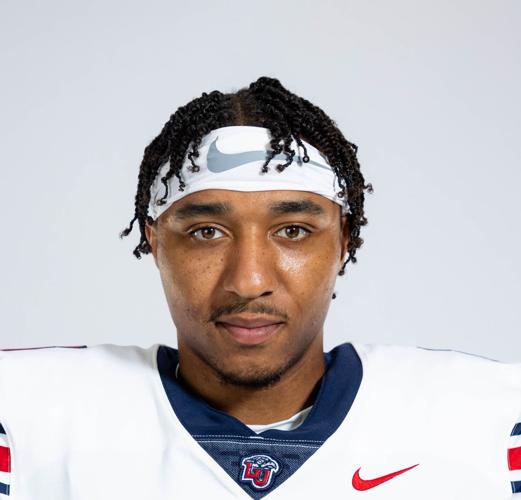