Liberty scored a major victory in the offseason when three Atlantic Coast Conference opponents chose the Flames to be their “plus-one” in the coronavirus pandemic-altered season. The Flames, thanks to aggressive scheduling when making the transition to the FBS as an independent unaffiliated with a conference, already had three ACC foes on the schedule, and those relationships allowed them to be included in a season in which keeping games on the docket was harder than it normally is.

Syracuse, Virginia Tech and N.C. State make up half of the remaining six games on Liberty’s truncated 10-game slate. (And don’t forget, Virginia was on the original schedule before UConn became an independent, and the Flames moved the date with UVa back to get the Huskies on the 2020 docket.)

First up is Syracuse, a team Liberty lost to 24-0 last season in Lynchburg, and the Flames haven’t forgotten how that game unfolded. The players believe they have a chance to secure the first victory over an ACC team in program history, and they certainly have plenty of momentum on their side in hopes to improve to 5-0 for the first time since 2008.

Liberty offensive line versus Syracuse defensive front: Syracuse shifted its defense to a 3-3-5 scheme during the offseason, and the results have been a mixed bag so far. The Orange have recorded eight sacks through four games and have allowed 638 rushing yards in the past two weeks against Georgia Tech and Duke. It has been a rocky start to the campaign for the defense, and winning battles in the trenches may bring a smile to the Liberty offensive linemen. It is a veteran group, led by seniors Tristan Schultz, Damian Bounds and Thomas Sargeant, and those three have spearheaded a rushing attack that is averaging better than 250 yards per game. Those three were starters last season when the Flames finished with minus-4 rushing yards against Syracuse, and they want to atone for the subpar performance by establishing the line of scrimmage and moving the Orange linemen backwards. An underrated key to the Flames’ rushing success has come on the right side of the line with Brendan Schlittler and Cooper McCaw proving why they were tabbed as starters in training camp. They have combined with the seniors to control the line of scrimmage through the first four weeks. Throw in Jonathan Graham, Jacob Bodden and the returning Bryce Mathews, and the Flames have a formidable offensive line rotation that rushed for more than 350 yards in the opener at Western Kentucky. The group will again be asked to win at the point of attack and ensure the run game gets going against a defense that hasn’t been able to stop the run so far.

Joshua Mack, running back: Mack grew up about 90 minutes west of Syracuse in Pittsford. This game has special meaning for the redshirt senior, whose father grew up as a diehard Syracuse fan. When Mack elected to transfer following a successful 2017 campaign at Maine, he envisioned playing on this stage and proving he belonged in the discussion of top running backs in the nation. Mack has taken advantage of an increased workload and ranks 12th in the nation with 359 rushing yards. Though, his workload has actually steadily decreased during the season. He had 23 rushing attempts in the opener at Western Kentucky and hasn’t reached the 20-carry plateau in the past three weeks. So when Flames coach Hugh Freeze told Mack he was going to ride the horse this week, he meant it. Mack, ideally, will be the focal point of the offensive attack in an effort to control the time of possession.

Keep an eye on these Orange

Rex Culpepper, quarterback: The redshirt senior, who has been an inspiration for his teammates in his battle with testicular cancer, will need to again be the type of leader who can hopefully reinvigorate the Orange’s season. The Cuse’s offense has been uneven through four games, and it seems like every position has been impacted either by injury or COVID-related issues. Culpepper is scheduled to make his first start since 2017 and is replacing Tommy DeVito, who suffered a gruesome leg injury the week prior against Duke. Culpepper may not have a full stable of running backs with potentially the top four on the depth chart not being available. (Two already opted out of the season before it began.) The offensive line is dealing with new faces and plenty of injuries, as well. There are strong options at wide receiver, and it will be up to Culpepper to get the ball in their hands on way or another.

Flames’ Keys to the Games

Run, run and run some more

This was one of the Flames’ keys last week against Louisiana-Monroe, but it bears repeating this week against a Syracuse defense that has struggled recently to stop the run. The Orange allowed 275 rushing yards against Georgia Tech, and Duke followed that up by posting 363 yards on the ground. For Liberty to have a chance to record its first victory against an ACC opponent, the Flames will need to run the ball effectively. Liberty ranks seventh in the nation in rushing yards per game (250.8) and is eighth in average time of possession (34:07). Malik Willis leads all quarterbacks with 113.3 rushing yards per game. (That ranks 11th overall in the nation.)

Finish in the red zone

Two of Liberty’s first three drives reached the red zone last season when the Flames met Syracuse. Those trips ended with a missed field goal and a fumble inside the 5-yard line. Instead of leading 10-0 and seizing some semblance of control against the Top 25-ranked Orange, Liberty allowed Syracuse to regroup and thoroughly dominate the remainder of the contest. This season, the Flames have scored on 17 of 23 trips in the red zone. Meanwhile, Syracuse has allowed touchdowns on 10 of its opponents’ 18 red zone opportunities.

Get off the field

Liberty’s defense has been effective through four games because of its ability to get off the field. The Flames’ opponents haven’t run more than 61 plays. Western Kentucky, FIU and North Alabama didn’t even reach the 60-play threshold, while Louisiana-Monroe ran 61 plays despite recording 11 three-and-outs (two drives ended on the third play with an interception and a third drive resulted with the punter dropping the snap in the end zone). Not allowing Syracuse to sustain drives will be essential for a defense that still lacks depth at linebacker and in the secondary.

The Flames boast the nation’s seventh-best rushing offense behind quarterback Malik Willis and running back Joshua Mack. Willis leads all FBS quarterbacks with 113 rushing yards per game and Mack ranks 12th in the nation with 359 rushing yards. The methodical running attack has allowed Liberty to maintain time of possession for more than 34 minutes per game. Syracuse, meanwhile, has struggled in ACC play so far. The Orange rank 76th in total offense at 254 yards per game. The highlight of the struggles for Syracuse is owning the nation’s best turnover margin at plus-2.5

This game features two of the more dynamic punt returners in the nation. Liberty’s DeMario Douglas boasts a 20.7 yards per return average that is tops in the nation, while Syracuse’s Nykeim Johnson and his 12.2 average ranks sixth. Syracuse gains the edge thanks to place kicker Andre Szmyt. The redshirt junior was on the Lou Groza Award watch list, which is presented annually to the nation’s most outstanding kicker. Szmyt is 5 for 7 on field goals this season and is perfect between 30 and 49 yards with a long of 48.

The Orange have been through a turbulent four-month stretch. COVID-related issues, players electing to opt out and devastating injuries have depleted the Syracuse roster. Those losses on the field have mounted up on the field with a trio of lopsided setbacks. Syracuse’s offensive line is also missing several key pieces against Liberty’s strength on the defensive line. The Flames are on the opposite end of the spectrum with a nearly full roster that is riding a six-game winning streak dating back to last season.

Is this the day Liberty finally breaks through and secures a marquee victory in the FBS era? The Flames have been one of the lucky programs so far this season to avoid the issues associated with injuries and COVID to go into a game shorthanded. Syracuse hasn’t been that fortunate with a litany of issues seemingly being brought up on a weekly basis. It seems like all the stars are aligning for Liberty to showcase it belongs in the conversation for receiving votes in both the Associated Press and coaches Top 25 polls. The Flames have been able to field a full roster each week, and the results are speaking for themselves. That continuity has led to the improved play on defense and special teams. While the offense has been inconsistent in recent weeks, there’s a chance the focus of playing a Power Five program will aid in getting that unit back on track. There is also the unfinished business of last season’s game that many players are using as motivation for the noon kickoff. That will certainly help in the opening possessions, and a fast start seems to be in order for the Flames to finally get that breakthrough performance.

Southern Miss, scheduled to play at LU at 1 p.m. Saturday, did not play this past weekend against Texas-El Paso. Southern Miss interim coach Scotty Walden revealed Monday the Golden Eagles were going to have “20-plus players” out against UTEP.

'We have to be physical': A look at how a group of undervalued, overlooked offensive linemen became a strength for Liberty

An offensive line filled with seniors recruited to play at the FCS level, coupled with younger linemen who were part of the program’s initial FBS recruiting classes, have developed a rapport for playing more physically than their opponents.

Liberty returns home for one game against Southern Miss before its first open week of the altered 2020 season. That means a familiar staple re…

Emanuel Dabney carried an awfully big chip on his shoulder when he arrived at Liberty prior to the 2019 season. The cornerback spent the previ…

Raise your hand if you thought Liberty was going to make it to the end of October and play all of the games on the schedule up to this point.

The two programs nailed down the date Wednesday. Liberty will play UMass at noon on Black Friday at Williams Stadium. It is the third in a 10-game series between the teams slated to be played through the 2027 season.

Jay Hopson abruptly resigned as the Southern Miss football coach after the Golden Eagles’ 32-21 loss to South Alabama on Sept. 3. The program …

Liberty rushed for a whopping 338 yards, led by Shedro Louis’ career-high 170 yards, and the Flames recorded their first victory over an Atlantic Coast Conference program with a dominating 38-21 triumph Saturday afternoon at the Carrier Dome.

The Heritage High School grad recorded his first career interception with a diving catch in the third quarter and helped slow down the Orange’s passing attack in the Flames’ 38-21 victory in Syracuse, New York. 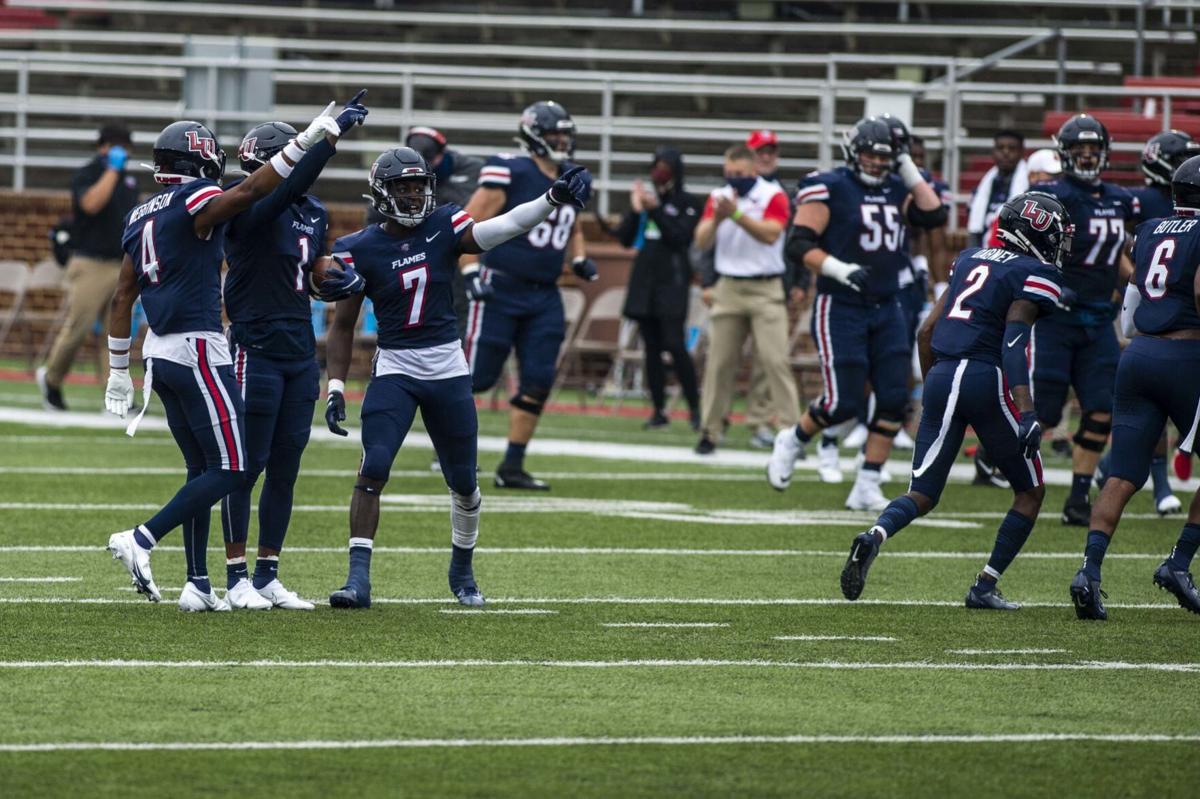 Liberty University players point to the scoreboard for the replay of a successful play during a game against Louisiana-Monroe at Williams Stadium in Lynchburg on Saturday, Oct. 10, 2020. 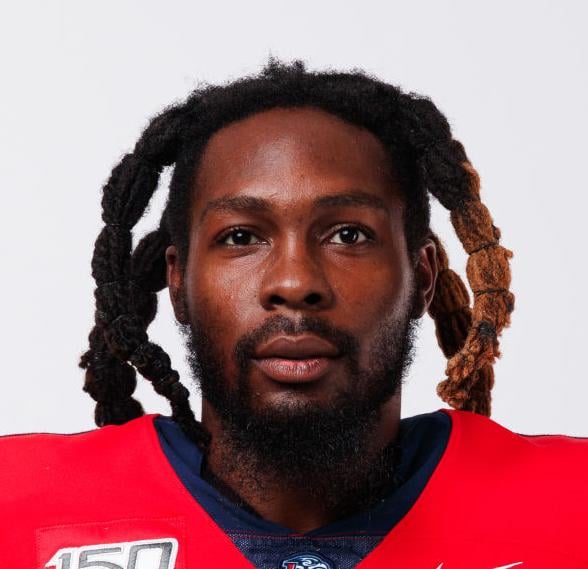 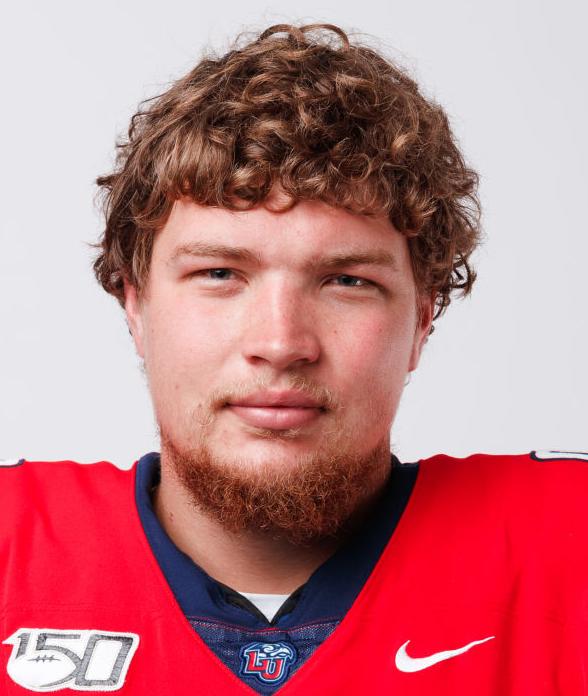 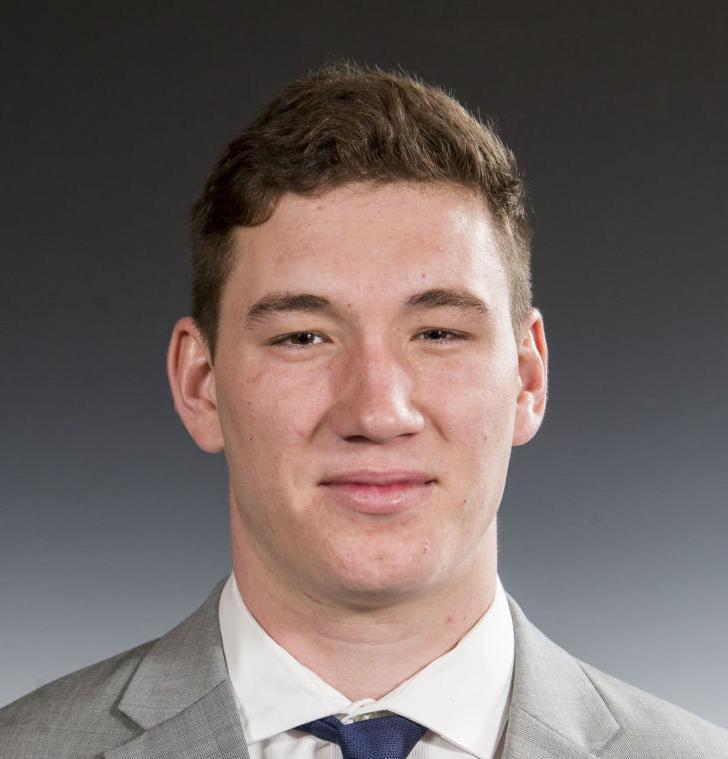 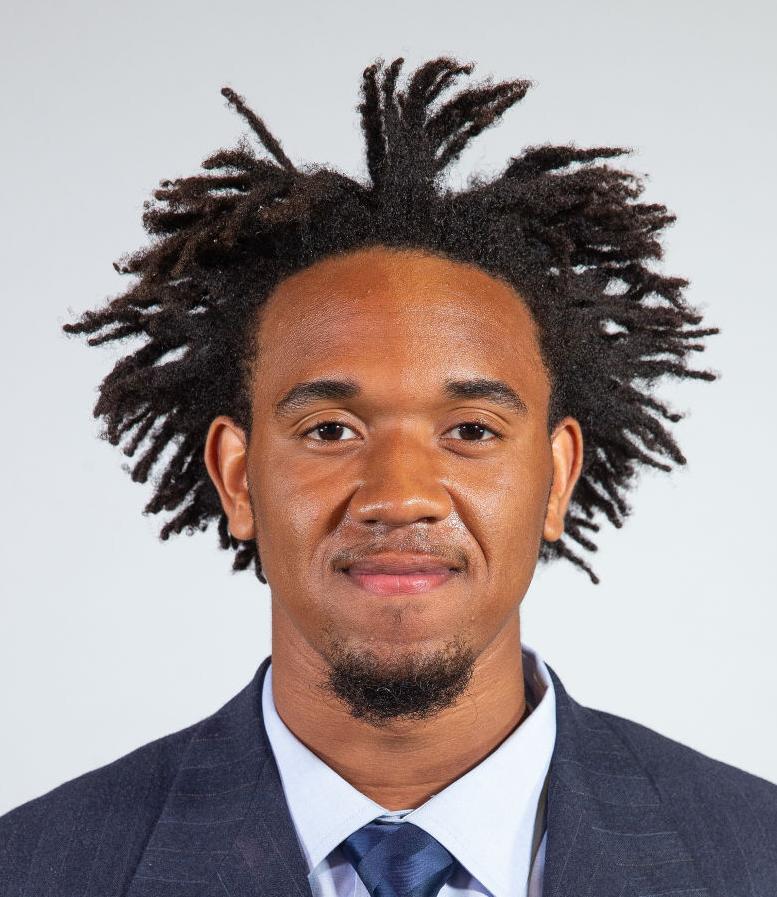