The Liberty secondary will be without one of its top safeties for the remainder of the season.

Flames coach Hugh Freeze announced Thursday Quinton Reese, a free safety, will likely be out for the rest of the season after suffering a torn bicep in last weekend’s victory over Middle Tennessee.

“Quinton unfortunately has suffered a torn bicep and is going to have surgery first part of next week. We hate that for him,” Freeze said. “He’s an incredible teammate and great player for us. He’ll be missed for sure. He’s got a great attitude and I know he’ll bounce back strong from it.”

Reese, a redshirt freshman, transitioned to the deep safety this season after playing in the strong safety/nickelback position in 2020.

He was initially recruited to Liberty as a cornerback, but his 6-foot, 190-pound frame allowed him to play around the line of scrimmage and be physical in completing tackles.

Reese was a third-down mainstay on defense in 2020 with his ability to cover wide receivers, tight ends and running backs in the slot, and he was backing up Cedric Stone at free safety this season and becoming more comfortable playing deep in the secondary.

He had 13 tackles, one sack and one interception in 2020, and he posted five tackles (three solo) in the first six games of the 2021 campaign.

The loss of Reese forced defensive coordinator Scott Symons and safeties coach Jack Curtis to evaluate the rotation for the remainder of the season.

Symons said Monday he ideally wants Jaylon Jimmerson, in his first season with Liberty after transferring from Incarnate Word, to be Stone’s backup.

Symons has the option of moving JaVon Scruggs, the starting rover, into the free safety slot if that helps the defense. Scruggs is the only safety on the roster with multiple starts at all three safety positions. (He has 11 starts each at rover and free safety, and seven starts at strong safety.)

“If Scruggs is a better option than Jaylon, we’re going to let those guys compete for those reps and we’re going to put the best player on the field,” Symons said. “Depth-wise, we’d love Jaylon to come prove he’s ready to roll for that opportunity.”

Freeze said the staff has been cross-training Scruggs this week in preparation for Saturday’s 7 p.m. contest at Louisiana-Monroe. Jimmerson and Benjamin Alexander also have received reps at free safety.

Alexander started four games in 2019, and he has experience at all three safety positions.

“Hopefully we can stay injury free at that spot the rest of the way,” Freeze said. “Those three guys, it will be a combination of that.”

Scruggs, who has started at rover in all six games this season, could see more playing time at free safety with the emergence of Robert Rahimi at rover.

Rahimi posted his first interception with Liberty in the win over MTSU and has 10 tackles (nine solo) this season.

“Scruggs knows every position on our defense and Rocket’s playing well,” Symons said, referring to Rahimi by his nickname. “We’ll watch practice this week and hopefully we’ll see both of them out there a little bit. Both of those guys I feel confident can do it. Jaylon hasn’t gotten as many reps at it, obviously, but he’s a guy that we think has a good skill set and can help us for sure.”

NFL Week 6 Market: Will weather be a factor?

Skyler Thomas and his defensive teammates had a singular message for Malik Willis after he came off the field early in the third quarter: We’v…

Rashad Jennings soaked in the moment. The cascade of applause coming from 19,935 fans in Williams Stadium. His family, close friends and forme…

Liberty’s second-half defense has been an undeniable strength through six weeks.

Anthony, playing in memory of his mother and grandmother, stepping up at cornerback for Liberty

There is not a day that goes by when Daijahn Anthony doesn’t think about the two most important women in his life. He remembers the lessons th…

Byron locked in on challenge of the Roval

The talk this week has centered on how challenging Middle Tennessee’ RPO offense will be to defend. The fact of the matter is, Liberty has done extremely well taking away one element of an opposing team’s offense and making it one-dimensional.

Douglas has evolved into more than a slot receiver for Liberty

DeMario Douglas was used exclusively in the slot during the 2019 and 2020 seasons at Liberty. He showed flashes of his potential with raw spee… 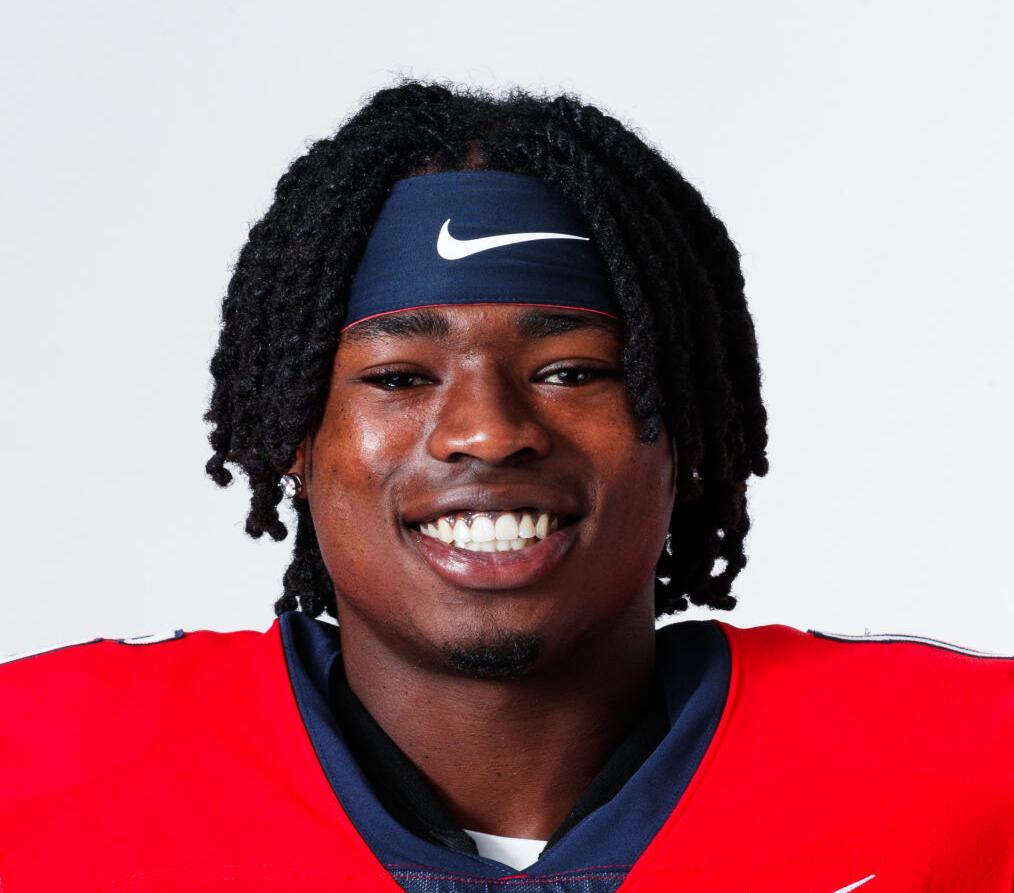