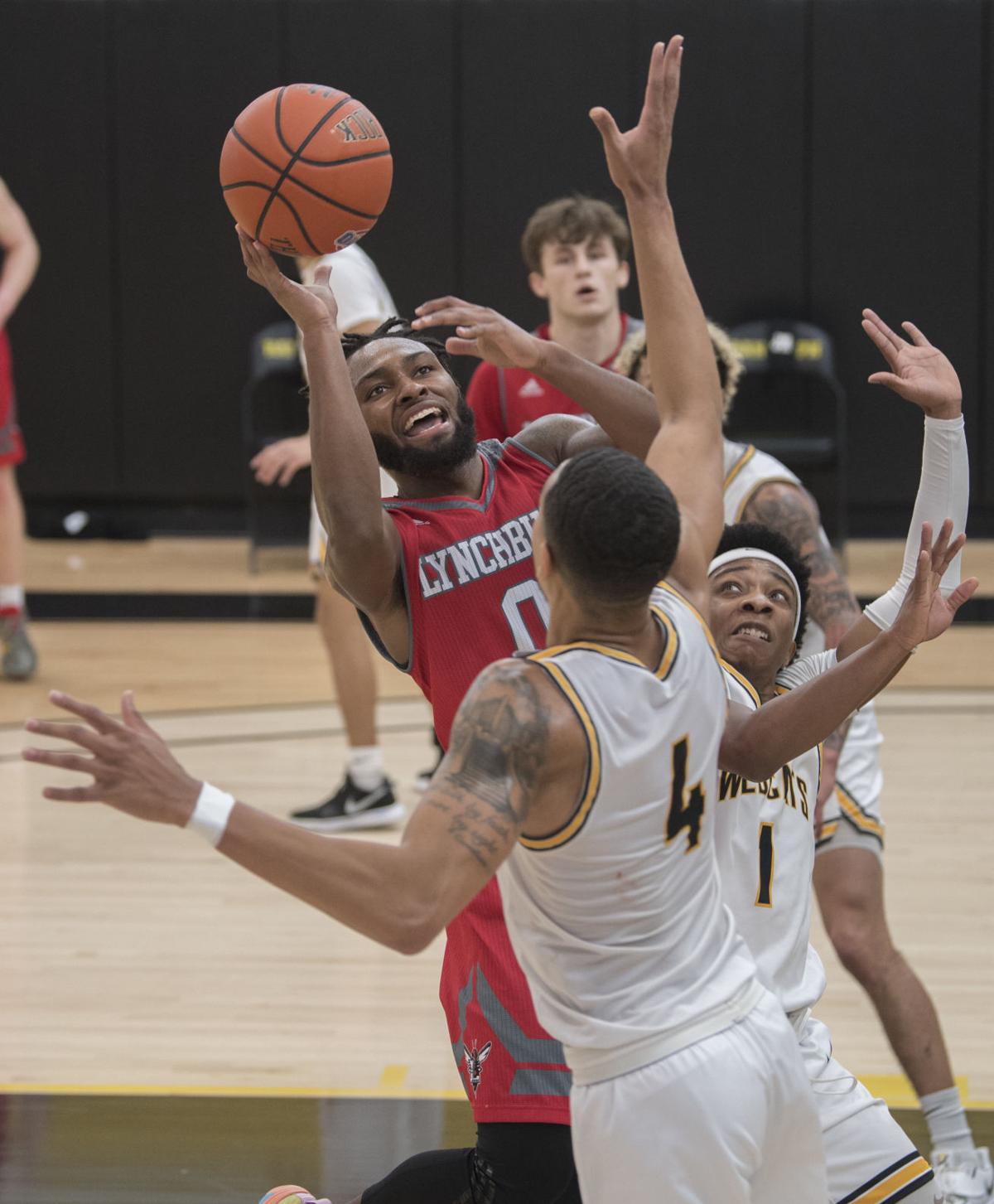 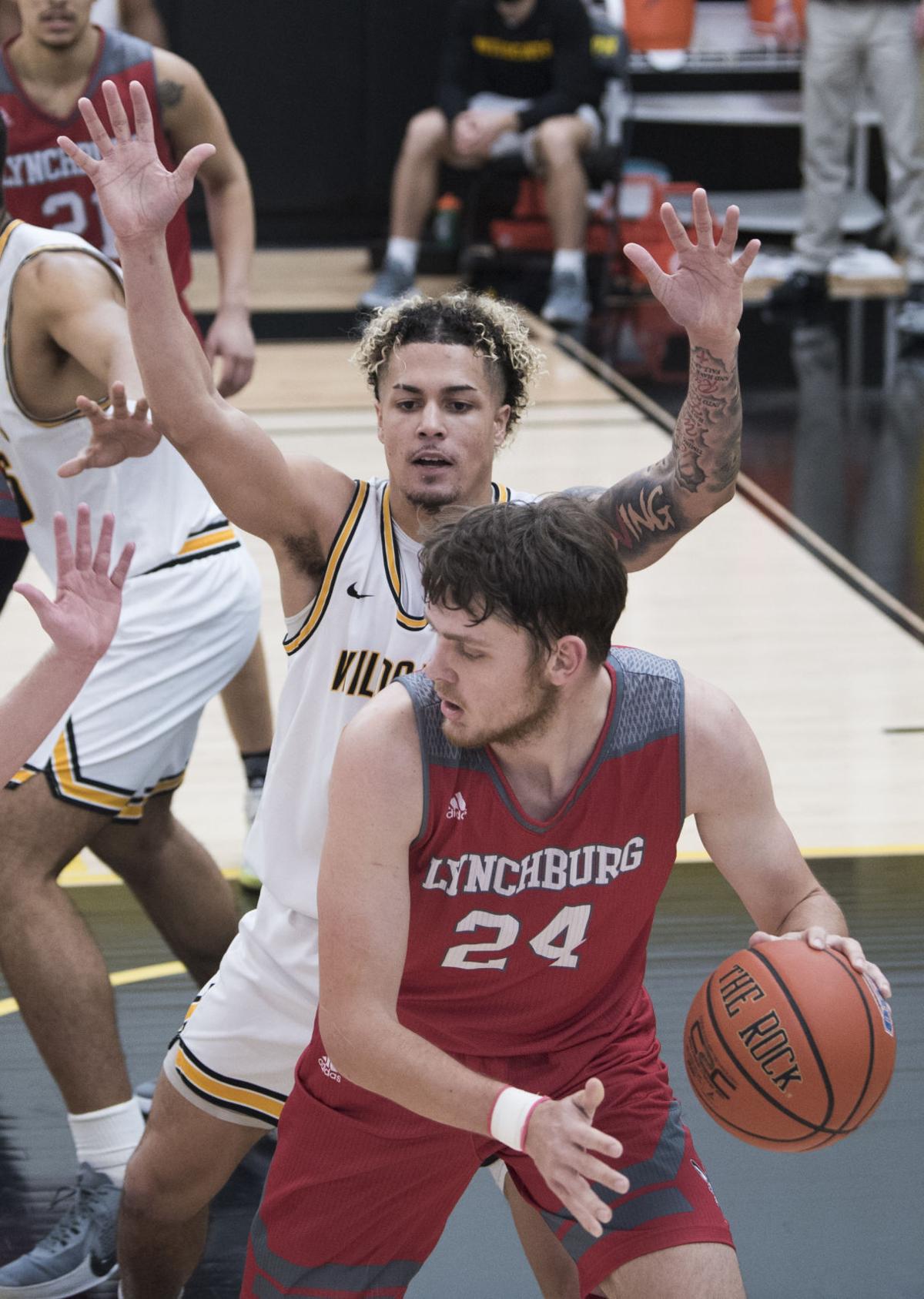 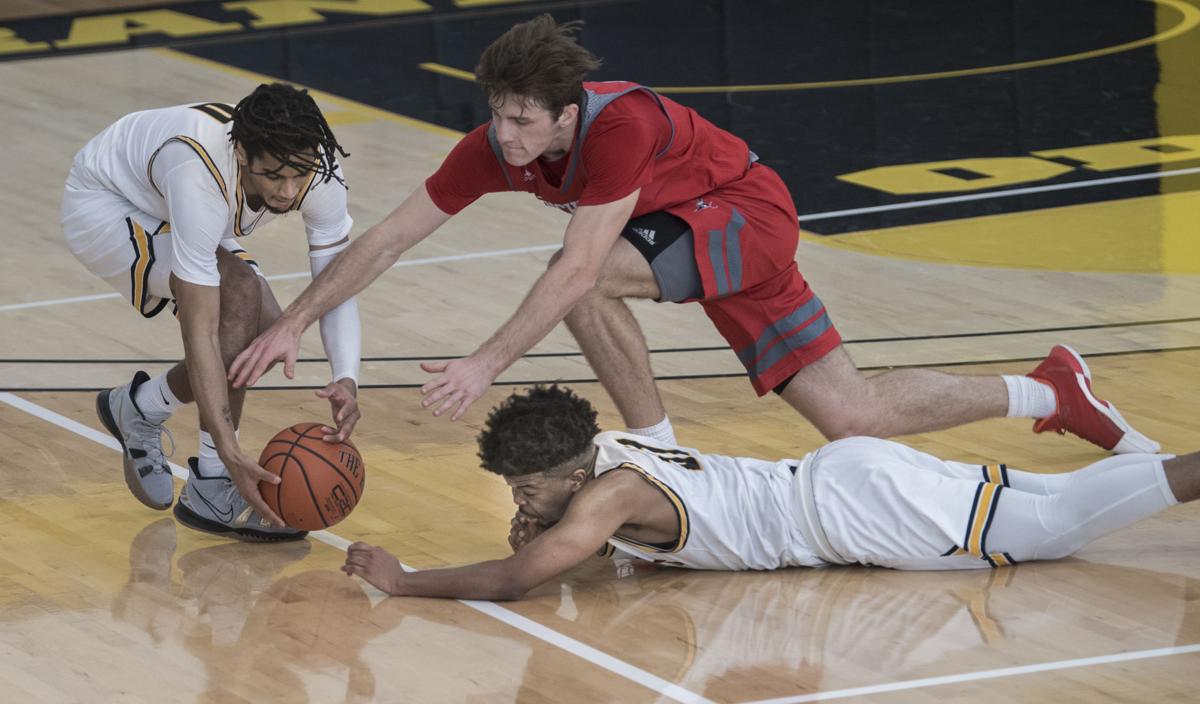 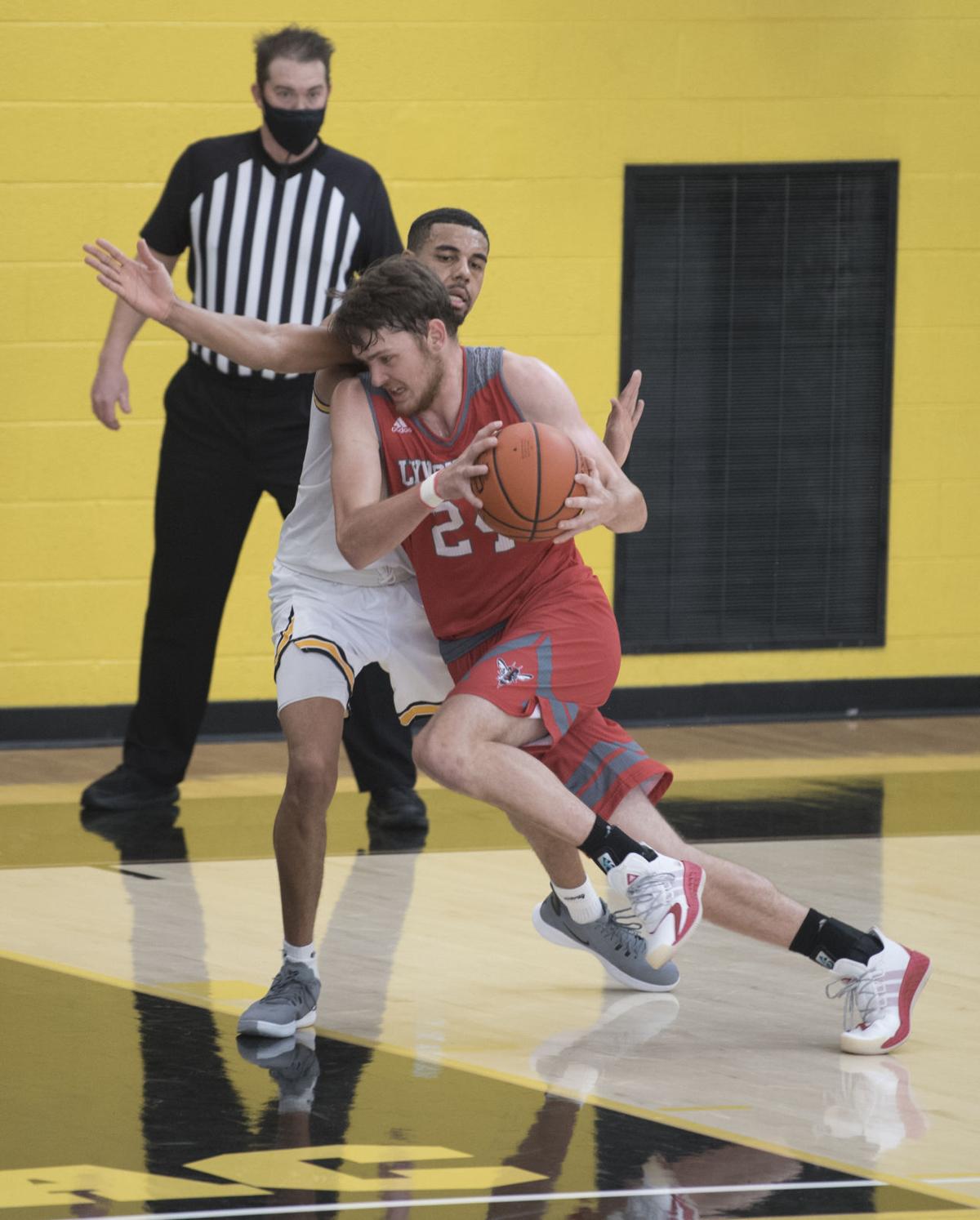 Hilliary Scott wasn’t overly concerned as the seconds ticked away in the second half and Lynchburg’s offense was struggling to find the bottom of the basket. The Hornets’ defense, which couldn’t string together multiple possessions in the first half without fouling, was forcing Randolph into difficult shots late in the shot clock.

Scott knew it was only a matter of time before UL’s offense got going. When the Hornets finally began clicking offensively, they took over down the stretch.

Lynchburg seized control with a game-defining run spanning the majority of the final five minutes to claim an 82-77 victory Sunday over Randolph at Giles Gymnasium.

The matchup between Old Dominion Athletic Conference rivals was considered a nonconference tilt after their initial meeting Feb. 2 was canceled because of COVID-19 protocols.

“It was huge just for everyone to know when they needed to step up,” said Lynchburg forward T.C. Thacker (Amherst). “We knew that at the end of the game right there, you have to step up and do what you needed to do. It was big, for sure.”

UL shot 5 of 7 from the field during the run, and the strong shooting came after the Hornets missed six straight shots and saw the WildCats (3-5) take a 70-62 lead on Danny Bickey’s jumper with 5:15 remaining.

“We were playing consistently on the defensive end,” Scott said. “It was actually now matching some offensive possessions with that defense.”

The WildCats closed the game making two of their final nine shots and went 0 of 4 from 3-point range.

“To be honest with you, I know they were up eight, I still thought we were doing a decent job defending them,” Scott said. “We just weren’t scoring.”

Suggs, whose jumper and free throws bookended the game-defining run for UL, scored 11 of his 18 points in the second half. Thacker finished with 13 points and 14 rebounds before fouling out.

The two combined for 13 points in the first half as RC led for the entire opening 20 minutes to take a 41-37 lead.

“We were pretty encouraged at halftime to see the numbers for those two guys — Suggs and Thacker — with missing some shots, they had a couple of turnovers apiece,” Randolph coach Pete Hamilton said. “We felt good about that. They had some role guys that kept them around until it was time.”

Miles Taylor was the main guy who kept UL around in the first half.

The freshman scored 12 points on 5-of-7 shooting in the first half, and the forward finished with 16 points.

“I give him a lot of credit for making some plays, making some shots, really playing with a lot of confidence,” Scott said of Taylor.

RC’s plan of keeping Suggs out of the scoring column and forcing Thacker into early foul trouble worked perfectly in the first half.

The WildCats shot 14 of 18 from the free throw line and limited the production of both of UL’s star players.

However, RC shot 8 of 13 from the charity stripe in the second half and struggled from the field. It shot 37.1% from the field and 2 of 9 from 3-point range during the final 20 minutes.

“We kept driving it, but we weren’t really efficient in the second half. Obviously we got them in foul trouble and got to the free-throw line,” Hamilton said. “ … On some of those [drives] where they didn’t foul us in the second half, I think we really shied away from it. We made a lot of shots harder than they should have been.”

Bickey scored a game-high 20 points on 7-of-18 shooting for RC. CJ Loving and Evan Makle each scored 16 points, and Justin Dula added five points, 11 rebounds, three assists and two steals before fouling out.

Landon Sutton, another freshman for UL, scored 11 points and shot 6 of 6 from the free-throw line. His assist to a cutting Dow Dunton for a dunk with 2:12 remaining put UL ahead for good at 73-72.

“They’re really a good defensive team, so in order to be successful against them you’ve got to make some outside shots,” Scott said.

“I thought [the freshmen] really played with some confidence, really throughout the entire game, not just the first half. They found a way to make some plays — if that’s making shots, if that’s defending, if that’s rebounding — and I thought they did a good job for us today.”

McDowell, who nearly left Liberty basketball program, shining off the bench for Flames

It is a scene that has unfolded many times this season for Liberty. Keegan McDowell, fresh off the bench, provides a spark. He curls off scree…

Darius McGhee shot a blistering 12 of 18 from the field and 8 of 11 from 3-point range against the Knights.

Liberty football notes: Flames' roster 'deeper than we've ever been,' plus notes on position changes and staff moves

Hugh Freeze spent a good portion of Monday’s spring practice looking around at the number of players dressed out in Liberty apparel. The Flame…

Emily Lytle tallied four of her six 3-pointers in the third quarter and scored a game-high 22 points as Liberty rallied to defeat Stetson.

Lizzie Davis led the way for Lynchburg with 16 points.

Brady Gulakowski gave Liberty the lead for good with a two-run home run in the second inning, then added an insurance run with an RBI double i…

Cuffee has been a constant in the starting lineup for the past three seasons.