When Heritage football coach Brad Bradley gathered his group for a celebratory huddle after defeating Brookville last weekend, he repeated a line he'd told the group during the week: practicing on Thanksgiving is a privilege.

The Pioneers, like their neighbors 25 miles to the east in Appomattox, are well accustomed to playing for a region championship, which means practice on Thanksgiving morning. The other two teams still playing in this newspaper's coverage area, E.C. Glass and LCA, don't have as much experience in that department but are formidable foes all the same, and more than happy to gather before piling food onto their plates.

Getting to this point, the third round of a five-week playoff grind that follows a 10-game regular-season slate, means you've reached elite company. It means you're one of 48 teams left in the playoffs across the Virginia High School League's six classifications, a field that will be trimmed by half when the weekend's dust settles. And it means the world to players still in that field, because playing at this time of the year is a rite of passage, a major milestone that pushes you on to bigger things should you succeed again.

"I'm very proud of this group," Bradley said after the Pioneers handled Brookville 49-21 in Friday's Region 3C semifinals. "Any time you're practicing on Thanksgiving, it's been a great year. And we've got unfinished business, there's no question."

Bradley was referring to Saturday night's opponent, LCA. The Bulldogs demolished Turner Ashby 50-19 in the semis to set up a rematch from Oct. 13, when Heritage put them on the ropes in the first half before eventually falling 14-6.

These Pioneers are focused on revenge. That much was clear Friday when they laid waste to a Brookville team that blasted them from the playoffs last season. Now Heritage tries to break a three-game losing streak to the Bulldogs.

Heritage is making its seventh appearance in a region championship game since 2012, the year Bradley took over the program. LCA is in the region championship for the third straight season. The Bulldogs lost to Heritage in the second round in 2019 and have advanced to the regional finals or beyond each season since.

That's quite an achievement, because no Raiders team in school history had ever been to the third round of the playoffs prior to 2015. That year's team was responsible for the first of five state titles won under coach Doug Smith, now in his 11th season.

I remember that postseason run like it was yesterday. It was a time of excitement that coincided with a period of great sadness, because of a series of tragedies, including the deaths of several students, had rocked the community. Football helped Appomattox come together. Football helped the community heal. A game played by teenagers gave people hope.

I remember sitting and talking with those players during a team meal one week. It was a steak and potato sort of deal, and for many of them, it was the best dinner they'd have all week. They laughed and ate, and I realized how happy the group was to be together deep into the playoffs, making an unprecedented run.

“The community has a huge interest in how these kids are doing on and off the field,” Chris Dodge, then the school's athletic director, said that postseason. “I think the town has unified behind them.”

Area resident and longtime Raiders supporter Jay Wingfield said that postseason: "These guys just have a burning desire to not lose."

Players across the state have that feeling right now. They certainly do at Appomattox, because the team just knocked off the Region 2C's No. 1 seed, Radford, on Friday to reach the region title game and practice on Thursday.

Friday's game at Glenvar will decide whether the Raiders move onto the state semifinals, a round in which they've lost just once in six appearances.

At E.C. Glass, the football team will play in the third round of the playoffs for the eighth time in school history and for the third time since 2018. Saturday's 5 p.m. game against Salem will be a rematch of the 2019 Region 4D championship, in which the Spartans earned a 35-24 victory.

Saturday's contest figures to be among the most challenging the Hilltoppers have faced all season. But this bunch has been marked by its resiliency. After falling to Heritage in Week 4, it rallied back in the win column, upset LCA in the regular-season finale to force a three-way share for the Seminole District title, and has won eight straight.

The playoffs have been rocky, too. After a game that lasted more than three hours and tested the defense against Halifax two weeks ago, Glass was unable to put a legitimate practice together for a variety of reasons in the short turnaround before facing Amherst. And yet they clobbered the Lancers to reach the title game. So they, too, must be excited to strap on their helmets Thursday and go to work.

While we're on the subject of Thanksgiving, let's be honest. For many people, it's a day of excess — food, drink, television, preparation, shopping, traveling and so on. All distractions that can steal away the idea of what it truly means to be thankful.

But it's not that way for everyone. Many of the kids who will put on pads across the area Thursday morning come from broken homes or economically disadvantaged ones. For them, Thanksgiving is a small celebration, if it's a celebration at all.

Somehow, I'm inclined to believe those kids understand, more than many of us, what it means to truly be thankful. And so when they show up at the coveted Thursday practice, I believe they'll smile, say a little prayer of gratitude and get down to business, thankful for another chance to play the game they love.

Tuesday's sports news from the area.

Here's a thing about touchdowns: some are back-breakers. Some occur out of the blue and force you to shake your head in disbelief. Some settle the matter. And some just carry a weight difficult to shake off.

After falling to Brookville one year ago in the Region 3C semifinals, Heritage returned the favor Friday, the 49-21 final score almost exactly the flip of last season’s result. 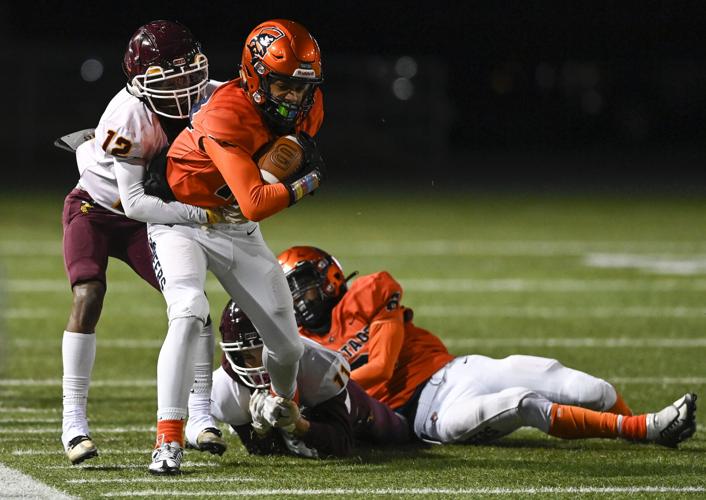 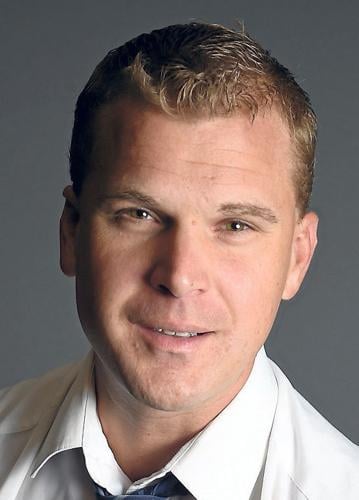