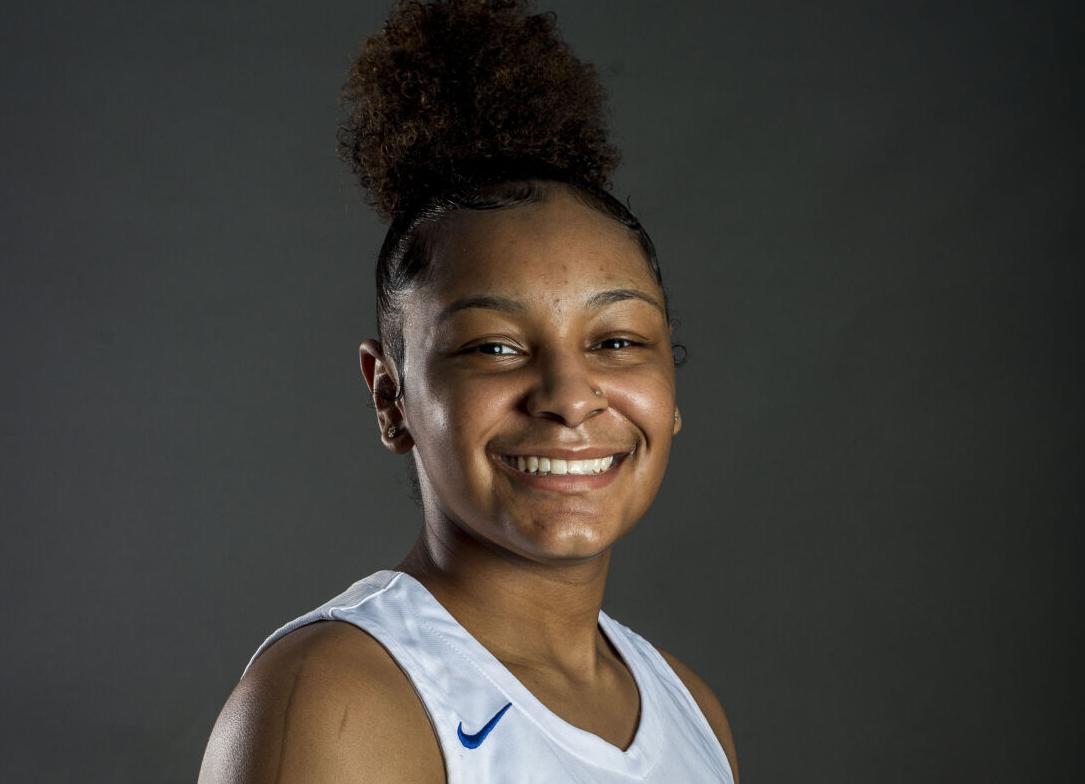 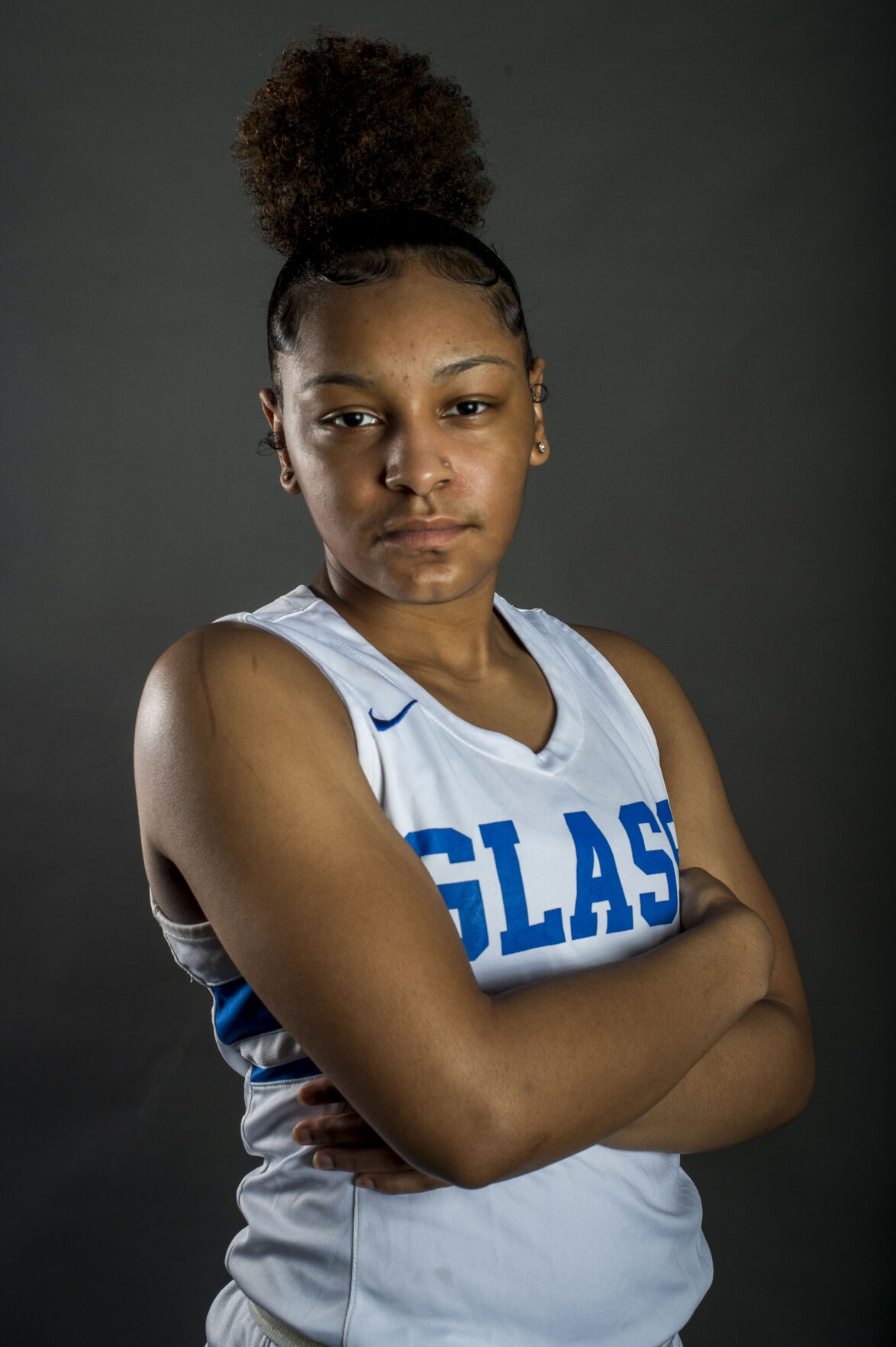 ALL-STAR STUFF: Heading into her junior season, Jamiyah Henry knew she needed to step up. Mya Hamlet, the Hilltoppers’ go-to playmaker who averaged double figures in scoring in the previous campaign, had graduated. Henry quickly progressed on her journey to live up to the high expectations she set for herself and to answer the challenge her coach, Anitra Thomas, levied early on: “I’m gonna need more.” Thanks to her work in the offseason and improved shooting, Henry was the offensive sparkplug for the ’Toppers. Her quickness helped her create off the bounce, but defenders couldn’t afford to give her too much space to try to stop drives either, because she’d drain a triple if allowed the chance. Henry averaged a team-high 14.6 points per game, with about half of her points coming from beyond the arc, and also distributed the ball to the tune of three assists per game. Additionally, Henry was an important piece of the Hilltoppers’ defense, which pressed and caused havoc — creating turnovers and easy scoring opportunities — against every opponent it faced. She averaged 3.8 steals per game and helped the Hilltoppers to a perfect 8-0 record on the year before their season ended early under COVID-19 protocols.

ALL-STAR STUFF: Helped the Hilltoppers to a perfect record (8-0) before their season came to an early end under COVID-19 protocols. … Was integral to Glass’ offense as a distributor, averaging 8.9 assists per game. … Had a 17-assist game that marked the most of any player in the state since 1995, and second-most all time. … Also contributed 4.6 steals per game.

ALL-STAR STUFF: Became a leader for the Hilltoppers on and off the court this year and was among the top scorers and rebounders on the team. … Averaged 11.6 points per game, good for second among the Hilltoppers, by scoring both on the break and as a shooter. … Pulled down 4.8 rebounds per game. … As one of the team’s top defenders, was a major spark in Glass’ transition game by creating a team-high 6.1 steals per contest.

ALL-STAR STUFF: Helped Amherst advance to the Region 4D championship game and finish with an 8-3 record by averaging a team-leading 14.8 points per game. … Shot 56% from the field on the year. … Also pulled down 4.8 rebounds per contest and recorded 4.7 steals per game.

ALL-STAR STUFF: A reliable presence in the paint, averaged 11.6 points per game and at 6-feet tall was the team’s go-to player on the boards with 8.5 rebounds per game. … Also consistently altered opponents’ shots and averaged 1.8 blocks per contest.

ALL-STAR STUFF: Was an all-around contributor, helping the Bees earn a spot in the Region 3C quarterfinals. … Was BHS’ lone double-figure scorer in its region playoff game vs. Western Albemarle, finishing with 15 points. … Averaged 12 points per game to go with six rebounds, four steals and five assists per contest.

ALL-STAR STUFF: Helped TCS go 9-2 on the season by averaging a double-double with a team-high 17.4 points per game and 22.5 rebounds per game (12 of them per game on the offensive boards). … Also contributed 5.4 steals per game, 3.1 blocks per game and 1.8 assists per game. … Scored 48 of her 191 total points from the free-throw line, shooting a whopping 94 free throws in all.

ALL-STAR STUFF: Helped the Gryphons to their first Virginia Independent Schools Athletic Association Division III state championship game in school history, scoring 14 points in the loss. … Was the team’s lone player with a double-figure scoring average on the season at 13.2 points per game. … Seventy-two of her 132 points came from 3-point range. … Also contributed 3.7 rebounds, 2.5 assists and 1.9 steals per game in New Covenant’s 5-7 season.

ALL-STAR STUFF: Thomas has moved up the coaching ladder, taking a job the NCAA Division III level in recent weeks after leading the Hilltoppers for two seasons. During her rapid ascent over the past few years — a journey that started with an assistant coaching gig at Glass right after she wrapped up her playing career — she helped the ’Toppers make their own impressive gains, turning a team that most often posted losing seasons into the class of the Seminole District. In a shortened 2021 campaign, Thomas and Glass finished the year undefeated (8-0) and were slated to enter the Region 4D tournament as the No. 2 seed before COVID-19 protocols ended the season early. The Hilltoppers steamrolled opponents regularly, with their average margin of victory 32 points. Thomas’ group created turnovers with regularity, with her normal starters tallying almost 23 per game on average, for easy scoring opportunities. Two of her players (Amari Osei and Jamiyah Henry) averaged double figures in scoring, Jeriyah Osborne averaged nearly nine assists per game, and Thomas also got contributions form a number of role players.

ICYMI: A look at all of The News & Advance's All-Area teams and athletes of the year for the winter, fall and spring high school seasons i…