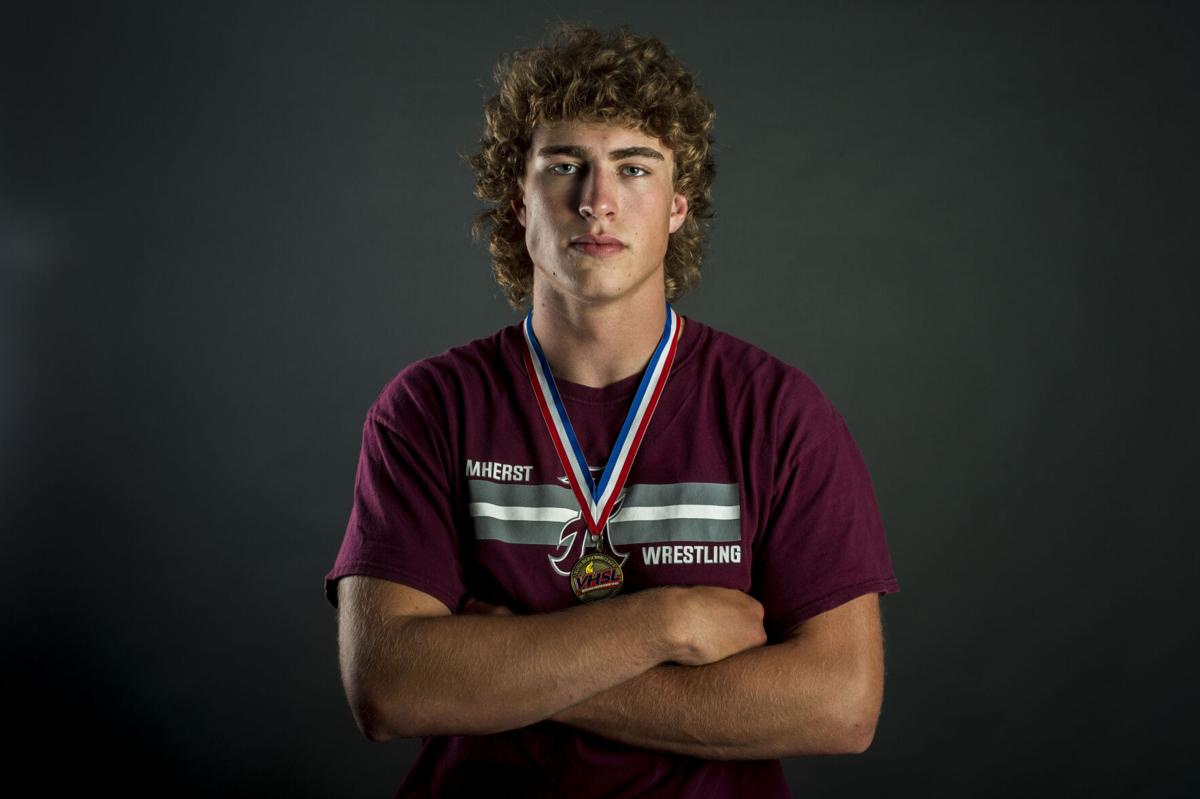 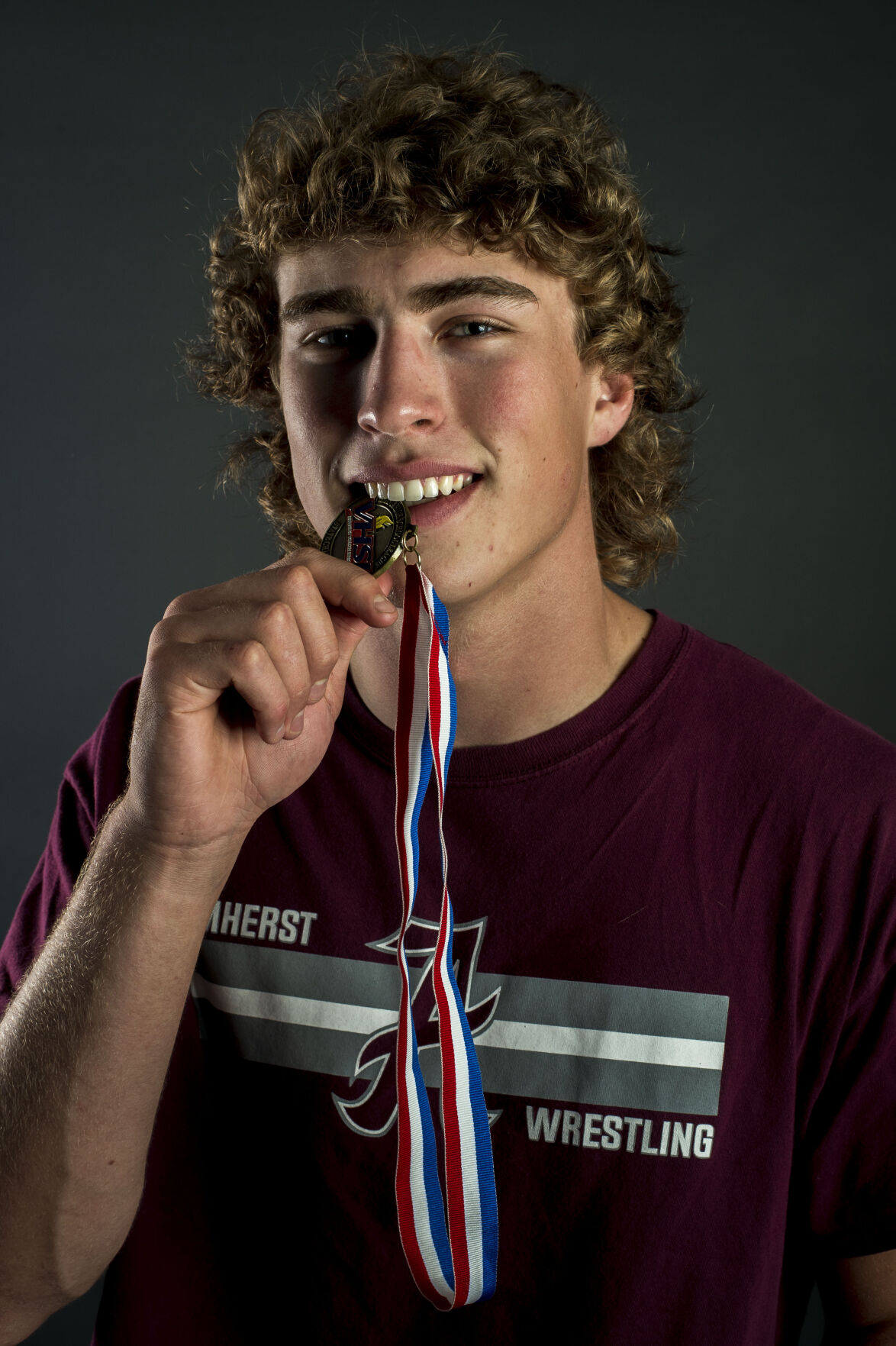 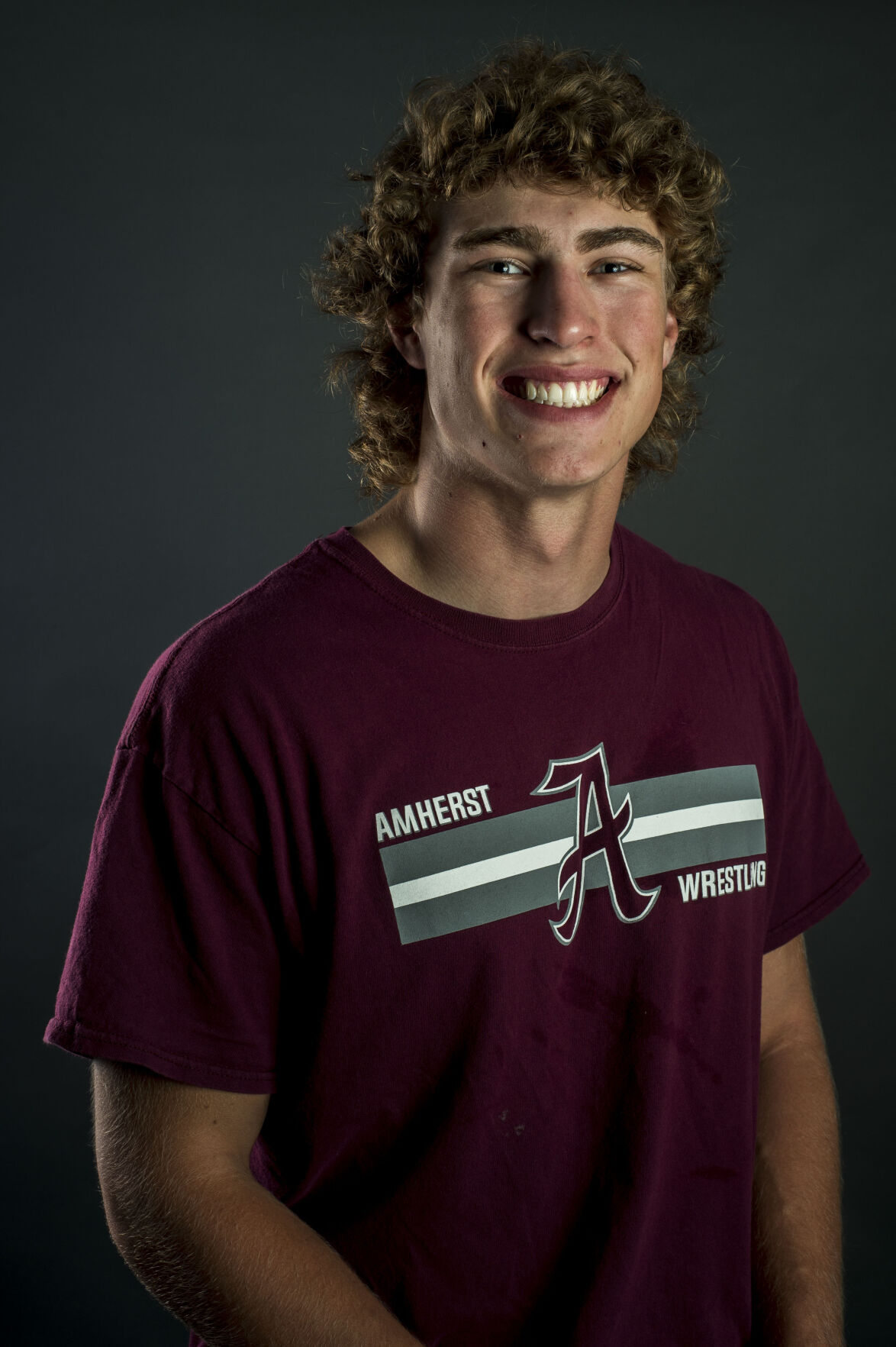 ALL-STAR STUFF: A concussion prevented Morris from fulfilling his dream of winning the 170-pound title in 2020, a season in which he was favored to win the weight class. Morris steadily turned his attention into channeling his energy for his senior season. The 2021 season, condensed because of the coronavirus pandemic, made it challenging for Morris and his new teammates at Amherst. However, thanks to a conditioning program at Amherst that Morris raved about, he bulked up 12 pounds to move up one weight class. He didn’t miss a beat in his new surroundings by racking up victories in the regular season. Morris claimed the Region 4D Championship and finally won the Class 4 Championship to cap his senior campaign. He became the fourth Amherst wrestler to win a state championship.

ALL-STAR STUFF: Gordon capped his final season with the Lancers by winning the Region 4D championship. … He finished with a 6-3 record and a sixth-place showing in the Class 4 Championship.

ALL-STAR STUFF: Capped his career with more than 100 victories. … Finished the 2020-21 season with an 18-2 record and finishes of second in Region 3C and third in the Class 3 Championship. … Posted nearly as many victories this year as he did last year (20) when he didn’t wrestle a full season.

ALL-STAR STUFF: Wood posted an 18-3 record in a season in which he lost his first match of the season and didn’t lose again until the state tournament. … He won the Region 3C South Sectional title. … Defeated Brookville sophomore Jayden Hunter by fall to win the Region 3C title.

ALL-STAR STUFF: Johnson went 14-2 with a second-place finish in the Region 3C tournament before losing twice in the Class 3 Championship. … Was voted the team’s most improved wrestler.

ALL-STAR STUFF: Martin finished the season with a 16-2 record. … He won the Region 4D championship. … Martin placed fifth in the Class 4 Championship.

ALL-STAR STUFF: Hoden posted a 12-2 record. … He won the Region 4D championship. … Overcame a second-round loss in the Class 4 Championship to rattle off three straight victories for a third-place finish in the state tournament.

ALL-STAR STUFF: Lankford was runner-up to Morris in the Region 4D Championship. … Rallied from a first-round loss in the Class 4 Championship to post a third-place finish in the state tournament.

ALL-STAR STUFF: Deanda won the Region 4D championship … Finished the season with an 11-5 record and a fifth-place finish in the Class 4 Championship.

Countries that have never won an Olympic medal

Henry averaged a team-high 14.6 points per game, with about half of her points coming from beyond the arc, and also distributed the ball to the tune of three assists per game.

In his junior season, Lloyd became a state champion with a leap of 6 feet, 2 inches. He also finished in second place in the long jump (22 feet, 3 inches) for a breakout day.

One year, one title. JC Gordon didn’t take long to make his presence known in the area high school swimming scene. Gordon won a state title in the 100 freestyle in his freshman season.

Woody Carrington, a recent graduate of E.C. Glass, earned All-American honors from USA Lacrosse this week after the midfielder poured on 45 go…

The state champion was fresh off an appearance at The Outdoor Track & Field Nationals in Eugene, Oregon, where he placed 20th in the triple jump with a season-best mark of 44 feet, 7 inches.

Boys and girls track & field teams, as selected by coaches from the Seminole District.