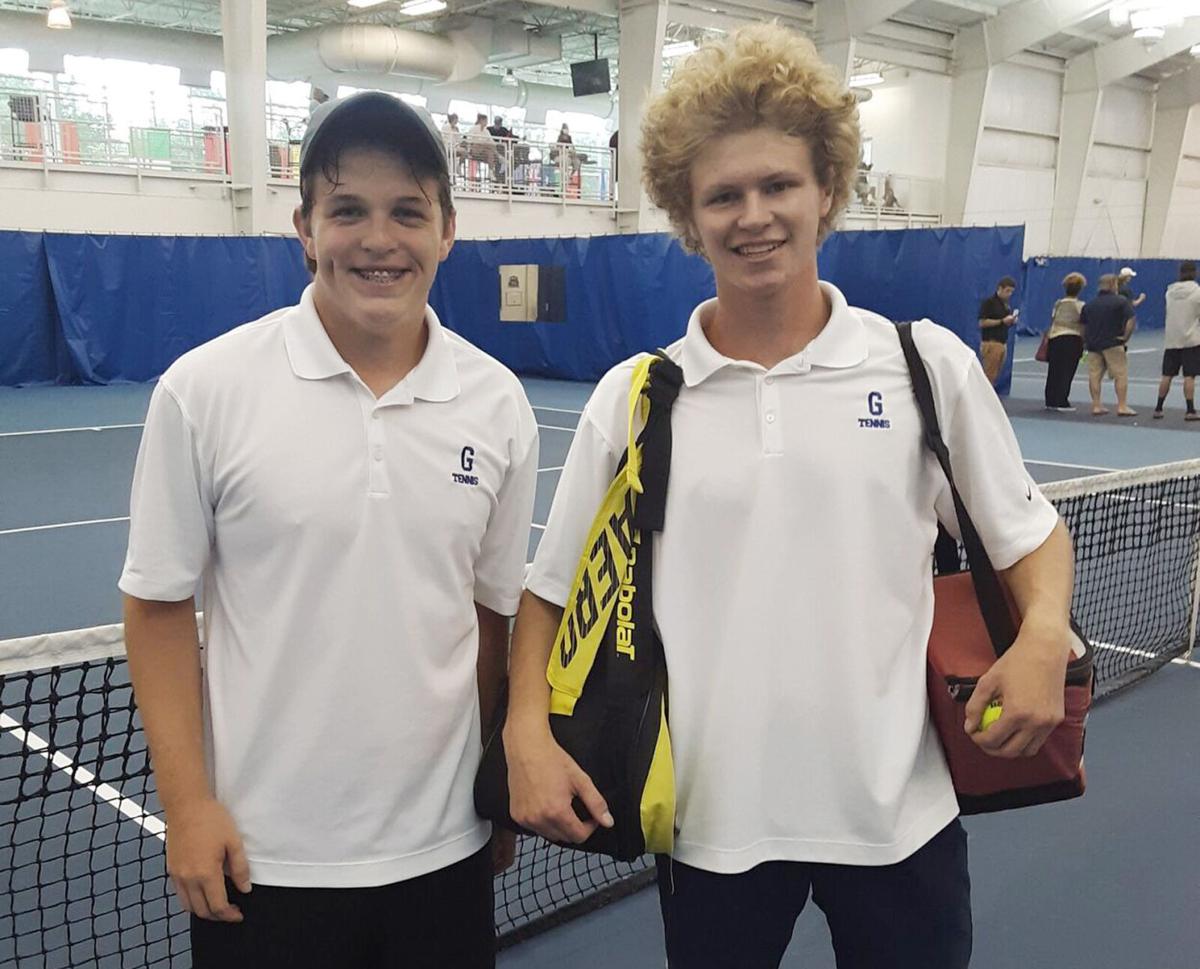 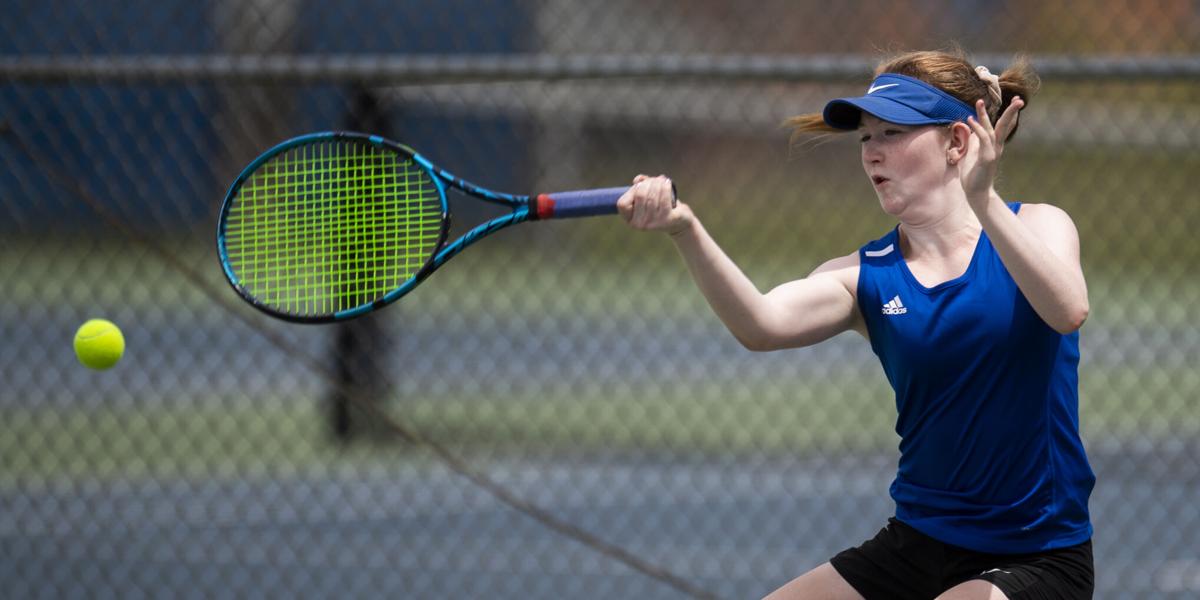 In Norfolk, E.C. Glass' Spencer Knight and Wolfgang Ploch dominated Friday's class 4 state boys doubles championship 6-3, 6-2 by relying largely on their lights-outs serving, and Megan Knight was at the top of her game to advance to the state singles title match with 6-1, 6-0 victory in the semifinals.

The Hilltoppers doubles team of Megan Knight and Grayson Laughon fell in the doubles championship to Jamestown's Julia Clark and Lauren Elliott 6-4, 6-4.

For Spencer Knight and Ploch, things typically went this way Friday: strong serve from the Hilltoppers, weak returns by Hanover's Ethan Belote or partner Charles Adams, and then a put-away by the Hilltoppers. There were few lengthy points, as Glass kept the ball in play and took advantage of Hanover's weaknesses.

All events were moved indoors to Old Dominion University rather than an outdoor space in Newport News because of rain overnight in the area.

The duo, Spencer Knight explained, trains indoors at Boonsboro Country Club, so they were comfortable playing on that surface.

After a few points in the first set, Belote and Adams both began playing back in an attempt to guard against Glass' serves.

It was the first state boys doubles championship for E.C. Glass since 2017, when Trent Daly and Moses Hutchison accomplished the feat.

"We played a team that we were well prepared for," Glass coach Tim Matthews said. "Having played [John] Handley and Blacksburg, we were definitely prepared for some competitive doubles. The guys came ready to roll and we cruised."

Ploch and Knight, Matthews added, both provided lights-out serving in the title bout. Ploch, a senior, smashed an ace at match point to end things.

"That was just a great way to end the season for him," Matthews said. "... He just overpowered them. Wolfgang just comes with so much power."

Afterward, Ploch headed to the beach for vacation while Spencer Knight, who had very few unforced errors Friday, remained in the area to watch Megan Knight, his sister, in Saturday's championship singles match.

"Hopefully she can win," he said. "That would be really special. I've been thinking about this for a long time, so hopefully we can both be state champions."

Megan Knight had no trouble with Loudoun County's Vivian Lun, whom she faced in the doubles semifinals Thursday. Knight said after that match that she had sized Lun up so she'd know what to expect Friday.

She developed a game plan and then stuck with it: keep the ball in play and let Lun — a strong baseliner who hit plenty of deep shots — make mistakes. That meant Knight was basically playing defense most of the time, and the strategy worked.

"I don't want to brag, but it was some of my best tennis," Knight said.

The victory sets up a state championship rematch between Knight and Hanover's Raine Weis, to be held at 10 a.m. Saturday. Weis defeated Knight for the 2019 singles title when both players were sophomores but needed a tiebreaking third set to do it in a match that finished 6-4, 7-6 (7-3). Knight, then, comes in with plenty of resolve to capture the title in her senior season.

"I've just got to play my game because she's a little more aggressive," Knight said. "[Friday] I could keep the ball in and win the match, but [Saturday] I'm gonna have to go for bigger shots and stay in [each] point well."

Win Saturday and she'll accomplish a first. The Virginia High School League has no record of an E.C. Glass girl winning a state singles title, although Glass has won girls state doubles and team championships.

In the girls doubles finals, Knight and Laughon played the best they could, Knight said.

"We ran into a buzz saw," Knight said. "It was kind of a relief because we played our best tennis and lost. We were really strong and had some good points. They were just good at the net and putting away any ball that was near them."

Prep Football Roundup: Appomattox gets back on track, and more