"Be prepared for anything": Coaches weigh in on Virginia's return to high school football
Share this
{{featured_button_text}}
1 of 4 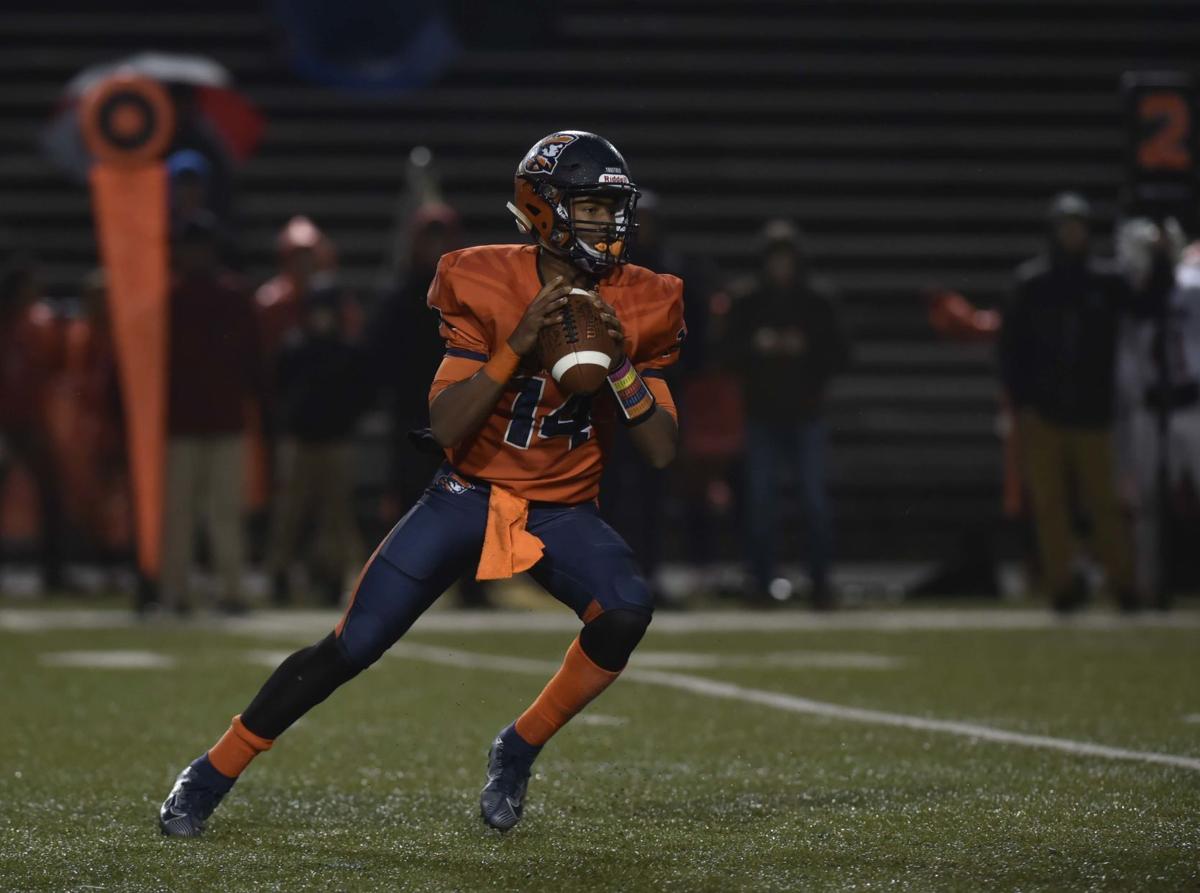 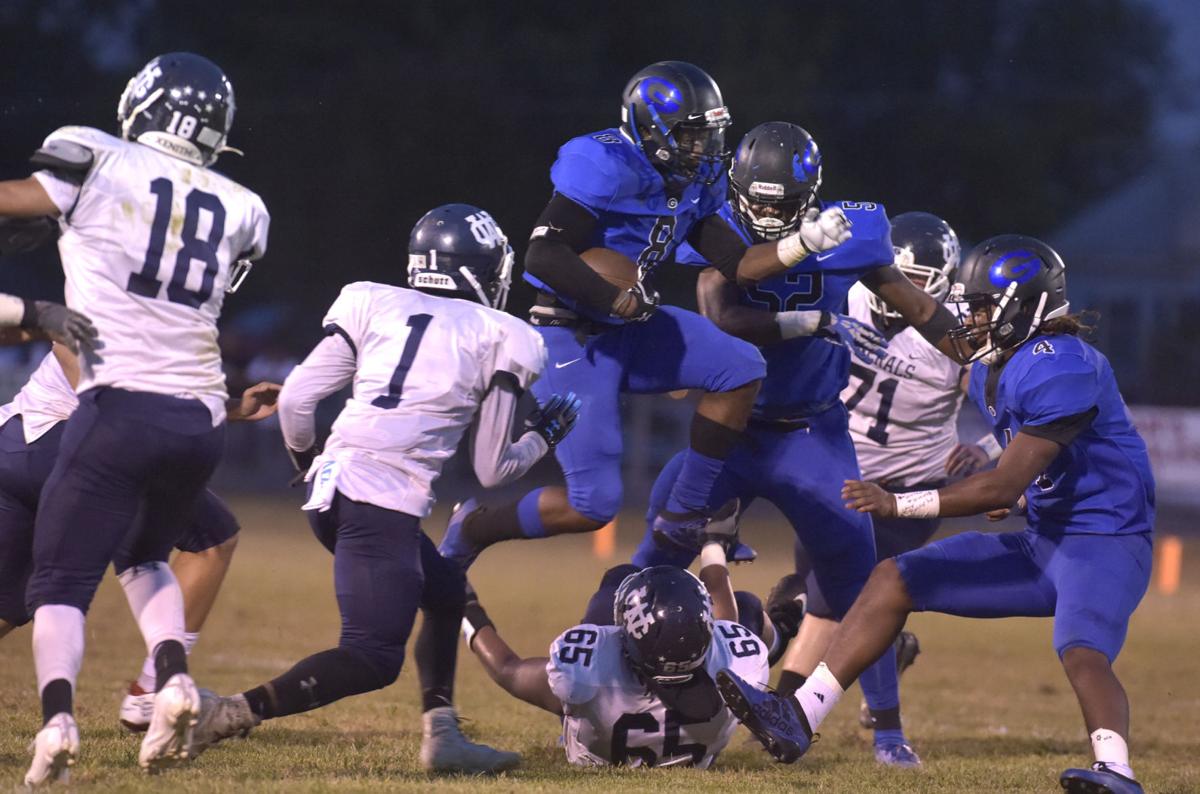 Former Gretna running back Daelyn Miller hops over a William Campbell player during a September 2019 game in Gretna. 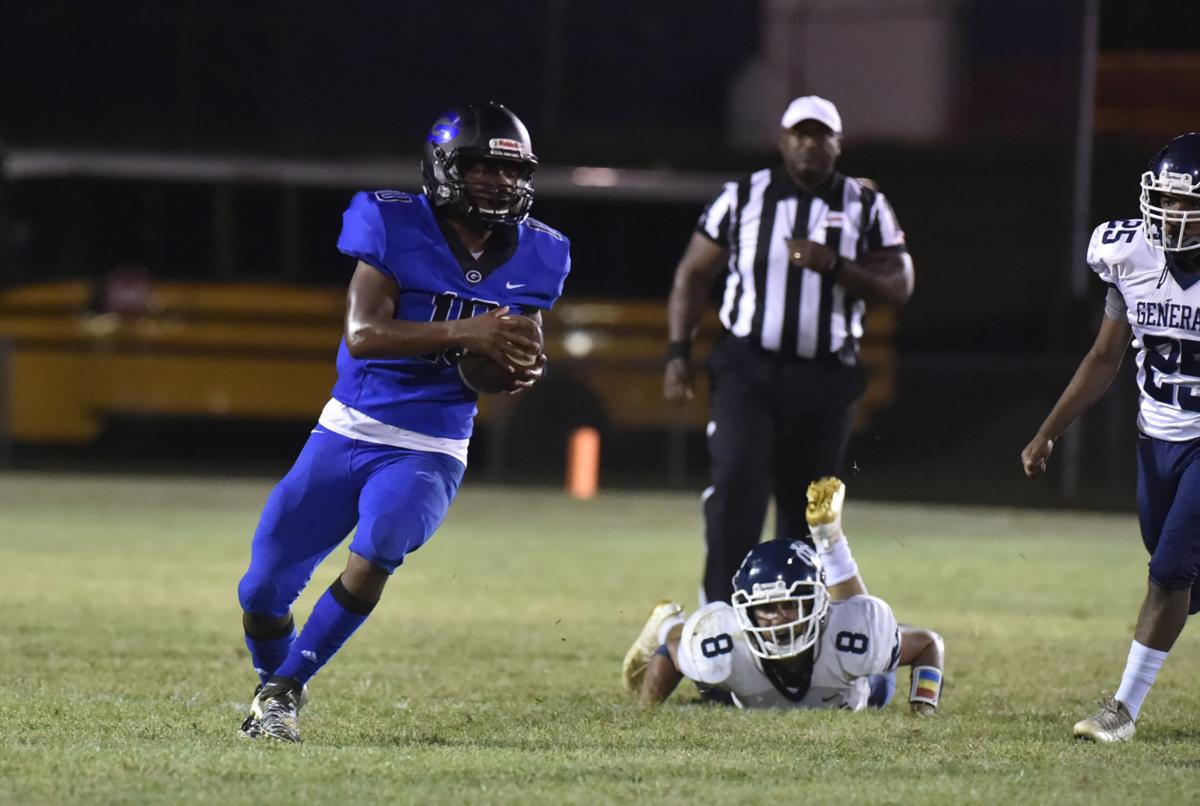 Former Gretna quarterback Tabron Mabins carries the ball during a game against William Campbell at Gretna High School in Gretna on September27, 2019. 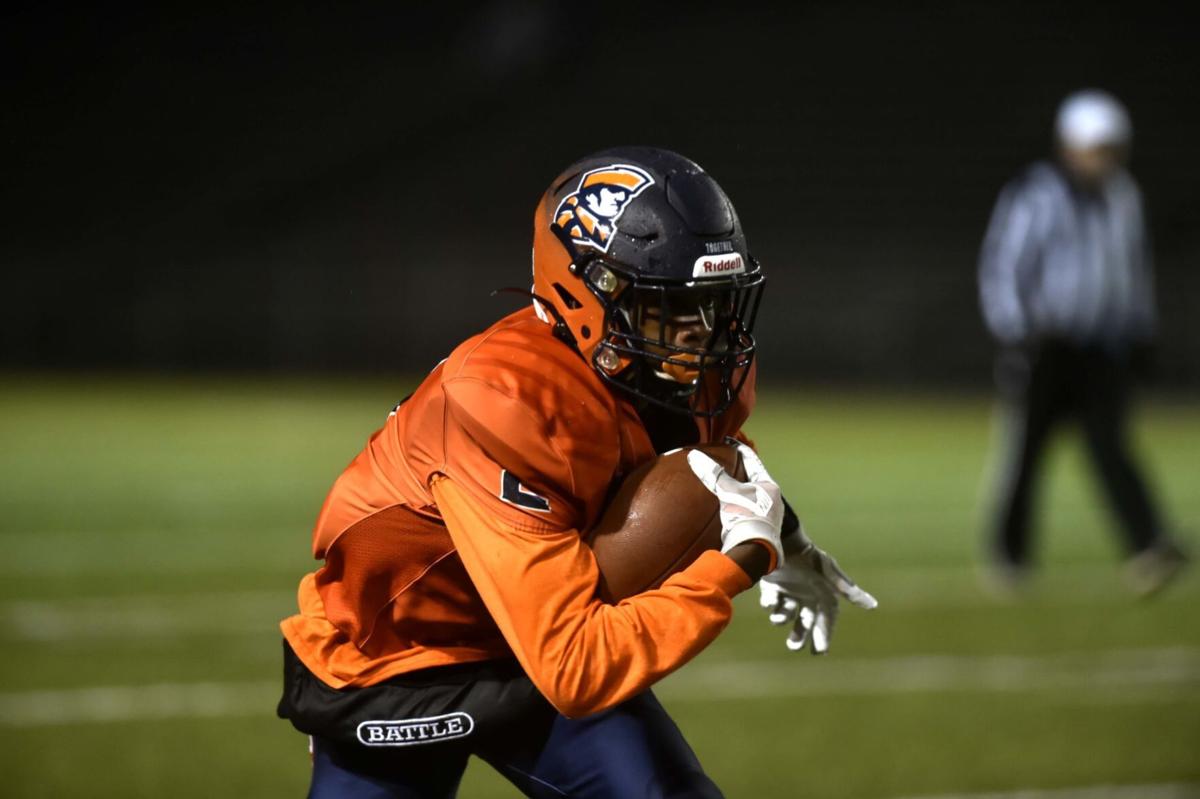 Since the coronavirus pandemic began in the spring, Liberty High football coach Chris Watts has stressed one message to his players: Be prepared for anything.

That means being ready for a spring football season that will be unlike any in Virginia High School League history, the one that will be limited to six regular-season games and a four-game postseason. It also means being prepared for heartache if the season can’t be staged, for playing on opening night without so much as a preseason scrimmage or for the fallout of potential COVID-19 outbreaks in the future.

“The first chance to see what we have is the first game night,” Watts said, referencing the fact his team can’t line up across from one another or go through offensive and defensive schemes right now. “We’re going in blind. On Game 1, it’s ‘let’s go play.’ That’s a little scary.”

Many states are currently allowing high school football this fall. Virginia, of course, is not among them, which has caused plenty of frustration for high school programs across the state. It’s also led to a fair amount of disinformation, especially on social media platforms where people routinely speak of Virginia has being almost exclusively alone in its decision to move football to the spring.

Reality is much different. Virginia is one of 16 states not staging fall competition of any kind at the high school level, according to data compiled by the National Federation of State High School Associations. Twenty-one states are allowing football in some sort of modified form this fall, while 14 states — mostly in the Midwest — forged ahead without making any 2020 changes.

Virginia’s abbreviated season begins with games in late February and wraps with state championships May 1. But preparing for a return to play isn’t easy or anywhere near like it has been any other year.

At Liberty, Watts’ linemen are practicing by lining up against tractor tires as a replacement for human bodies and dummies. Running backs aren’t allowed to carry a football. The offense can’t be installed properly.

At a place like Liberty, which is trying to prove it can be competitive once again after suffering losing seasons four of the last five years, that can be tricky. The Minutemen’s option double-dive offense relies on deception, on having assignments and keys down to a fine art. But players can’t get close to one another because of the virus.

“If we play against tractor tires we’re in good shape,” Watts said with a laugh. “Quarterbacks can run through the motions without a [running] back, but you need a back. So we’re trying to modify what we’re doing to stress ball security. … We’re trying to incorporate drills the best we can.”

Like other schools in the area, practices at LHS are spread out. While one small group is in the weight room, another might be conducting conditioning drills. Watts spends his time running from group to group and hasn’t been able to address his team as a whole for months.

“They’re adjusting, but it’s still a struggle,” Watts said. “It’s getting to the point now where it’d be nice to do more football-related things.”

At Gretna, coach Cole Simpson said not being able to install offensive and defensive schemes is difficult. He’s teaching the game in small groups, on a white board and in the film room. But as far as working out with equipment, forget about it.

By the time official workouts begin in February, his team will have a little more than two weeks to prepare for its opening game, which will be against the Hawks’ perennial rival, William Campbell, on Feb. 22.

“We’re preparing to get ready to play,” Simpson said. “At this point, I’m more concerned about the kids being in the best physical shape they can be in.” In a short season, he noted, injuries could pile up. Setbacks players may normally recover from during the course of an 11-week regular season, such as a hamstring injury, could instead turn into season-ending injuries. So players have to be as prepared as possible and get in shape in hope of preventing injuries.

There are a host of issues to consider, too. At Heritage High, coach Brad Bradley is concerned about the future of football in Virginia. With no lower-level seasons taking place this year, such as middle school football, players rising through the system will lose a year of development.

“If you’re missing a whole year with your 7th- and 8th-grade teams, that’s going to set you back,” Bradley said. Some talented younger players may find something else to occupy their time. In that case, he said, “now you’re losing their interest in football. It’s gonna change things.”

Bradley looks around at other states currently playing football, such as Tennessee, Kentucky and West Virginia. He’s hopeful those states will be successful and prove a season can be conducted properly, without rampant spread of the virus.

“If we continue to worry about every single case, we’re never gonna play football again,” he said. “There are gonna be cancelations, but [states playing right now] are finding ways to deal with it and let kids play. It’s gonna take a lot of organization and hard work. But we’re just waiting for that opportunity.”

Since the pandemic began, coaches in Central Virginia have stressed health of their players is the top priority. Bradley reiterated that point again Wednesday. He also believes the best course of action is a return to play, if only for the sake of athletic and social development.

“I think it would be a very disappointing and embarrassing situation,” he said, “if we didn’t have sports in Virginia [this school year].”

In Bedford County, Watts is cautiously optimistic the season can be played. So he and his players are moving ahead, hoping spring means the return of high school football.

“The biggest challenge,” he said, “is trying to get any sense of normalcy, because nothing is normal.”

Former Gretna running back Daelyn Miller hops over a William Campbell player during a September 2019 game in Gretna.

Former Gretna quarterback Tabron Mabins carries the ball during a game against William Campbell at Gretna High School in Gretna on September27, 2019.