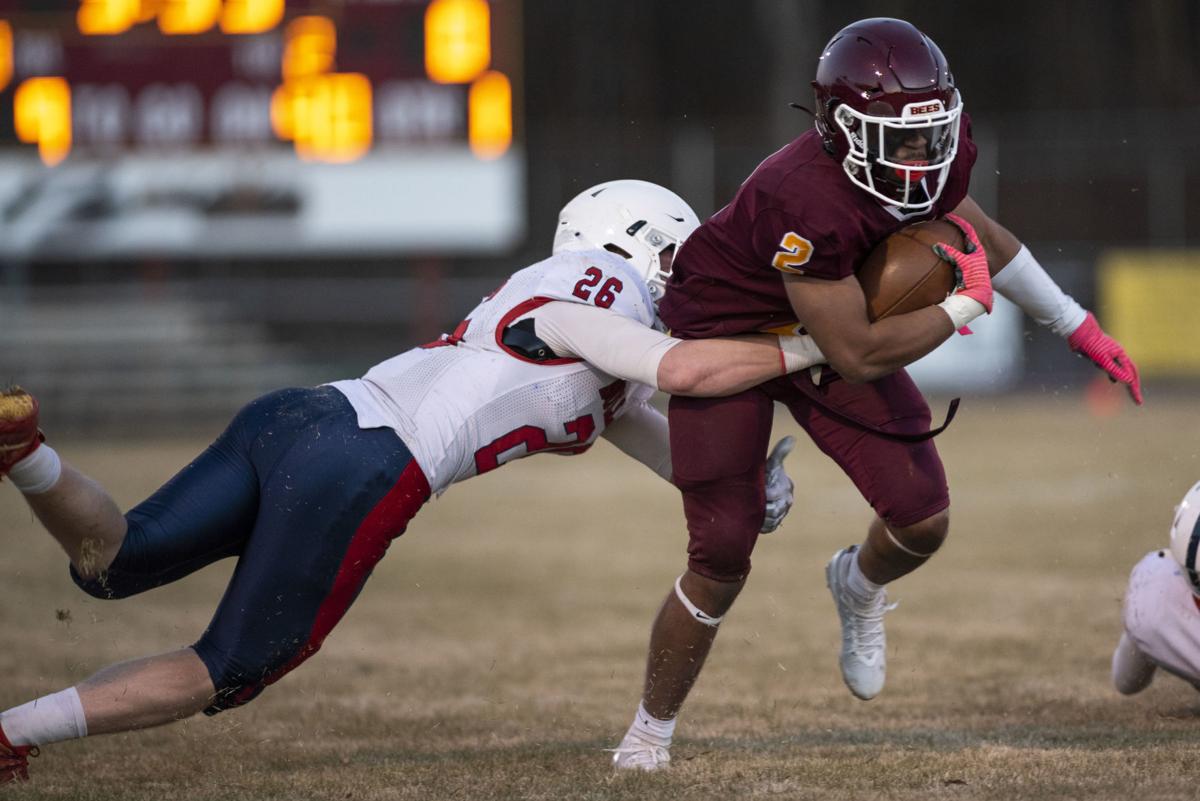 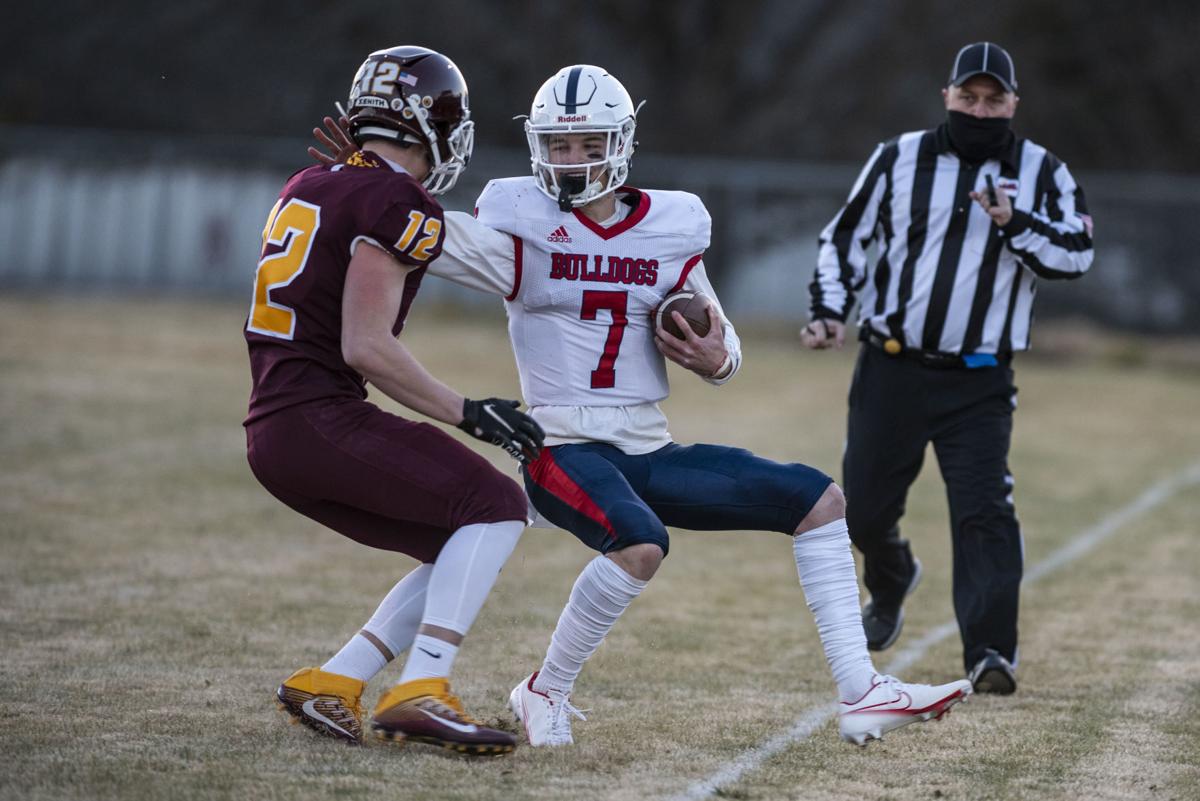 It’s been 43 days since Brookville handed Liberty Christian its only loss of this condensed season, cruising to a 25-14 victory.

Plenty has changed since. Both teams believe they have progressed since opening night, having benefitted from extra time on the gridiron to get in what in any other year would be mid-season shape.

But this is the age of pandemic football, and the playoffs are here. Seven Lynchburg-area teams have advanced to the postseason, which begins tonight with region semifinal games. And with these playoffs comes revenge, right out of the gate.

That’s at least how LCA (4-1) is viewing tonight’s 7 p.m. contest at Stinger Stadium, where 500 fans will be allowed under reduced state attendance restrictions.

Getting even with the Bees (6-0) has been on LCA’s mind for a while. Losses have a way of sticking around like that, sometimes. Players think about how losing felt during weight-lifting sessions and talk about getting even during practice. In LCA’s case, the chance to put the past to bed is here. After defeating Amherst last week, 6-foot-6, five-star recruit Zach Rice vowed payback on the Bees.

Belford was a bit more diplomatic Thursday. “Brookville, I’ve got respect for them, but they do talk a lot,” he said with a smile. “... We’re gonna remember what they say and what they’ve done, and it’s gonna be a battle.”

Everyone, it seems, expects a much closer game tonight. And while it’s important to recognize revenge as a powerful motivator for LCA, it’s equally important to understand Brookville’s prowess: its stalwart work in the trenches, an offense that has moved the ball almost at will for six games, a starting defense that gives up, on average, around five points per contest.

“The pass game has definitely progressed, so has the run game,” Brookville quarterback Drake McDaniel said during Thursday’s practice when asked about the offense he commands. “I think we came in with a different intensity this year after practicing for almost a whole year.”

McDaniel has been consistent all season as a sophomore, and the Bees also have benefitted from a different hero every week. Sometimes it’s running back Silas Rucker, or a host of receivers like Jahee Blake, Ethan Robey or Nik Dunford. Last week it was running back Tayshaun Butler, who rushed for five scores and a career-high 268 yards.

Butler gave Brookville a 12-7 lead over LCA at halftime in Week 1 when he went 100 yards from the back of the end zone for a touchdown following his pick-6. It was a game-altering play that set LCA back on its heels. One key for the Bulldogs tonight: avoid the big mistakes. Another occurred in that first meeting when Blake scored on a fumble recovery in the end zone, giving BHS a 6-0 lead.

LCA quarterback Davis Lane, who has proven adept at leading his team’s lengthy drives that chew up the clock, said the Bulldogs have been winning the battle up front in the weeks since the loss. “Control the line of scrimmage,” he said of a goal for tonight, “and I think if we do that, we can win the game.”

His Bulldogs, he noted, got closer after the loss.

“It wasn’t our best game, but Brookville’s a great team,” Lane said. “And I think we all felt that we didn’t play our best game and that we could work harder and get better.”

LCA players are putting together a postseason run for the team’s seniors, Belford added.

“It’s been a tough year with COVID and everything, and we really want to make memories,” he said. “This is a special year for us, so we just wanna keep ballin’ for them.”

At Brookville, H-back and defensive end Lance Blankenship recalled how his team altered the first game, in part, with stellar special teams play.

“Special teams can win games, believe it or not,” he said. “It’s a really overlooked spot in the game of football, but a blocked punt and touchdown changes the whole game.”

For Blankenship, BHS’ success depends on stopping LCA’s interior blitz and not getting pushed back on defense.

“The D-line is probably been the best we’ve had in the last couple years, and it shows,” he said. “We have the best defense in the Seminole District. It starts up front, for offense and defense. However that part of the team plays, it reflects on the game.”

On offense, McDaniel said BHS needs to open up the pass and run games. Like his teammates, the sophomore is happy to be playing at home, where more fans will be allowed this week than at any other time this season.

What happens if the Suns do not have Chris Paul for the Western Conference Finals?

Is there any value in the National League East?

Is there any value in the National League East?

Jefferson Forest's Zach Hinton was named Player of the Year and Cavaliers' coach Scott Zaring was Coach of the Year.

Knight became the first girl in school history to win a state singles title and the only female in this newspaper's coverage area to ever accomplish the feat.

AMHERST — Hoping to save his most seasoned pitchers for the region championship game, Jefferson Forest coach Ryan Gilleland put the ball into the hands of his closer against Amherst on Tuesday and effectively said: It's up to you, New York.

Less than a month after the departure of Jack Baker, Rustburg High announced Tuesday afternoon it has hired Burt Torrence as its new head foot…

JF travels to meet the Seminole regular-season champs and No. 1 seed in Region 4D, for a 6 p.m. semifinal game.

Evan Mace's two-run double made the difference for the Cavaliers, who play at Amherst in the region semifinals on Tuesday at 6 p.m.

After Further Review: The heart of a champion

The title is mine, Megan Knight said Saturday, and she meant it.

The 39-year-old Miller played at Gretna, graduated in 2000 and then continued his career at Elon University. He's been an assistant coach with the Hawks the last four seasons.