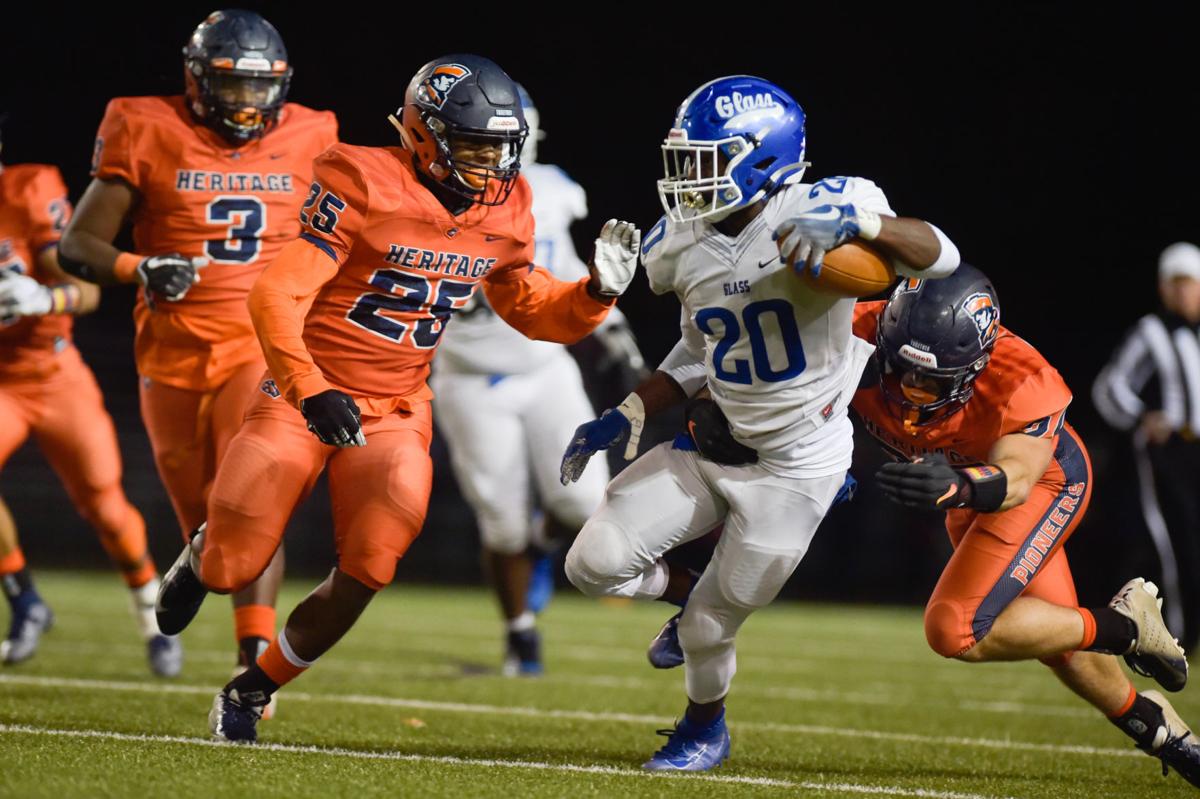 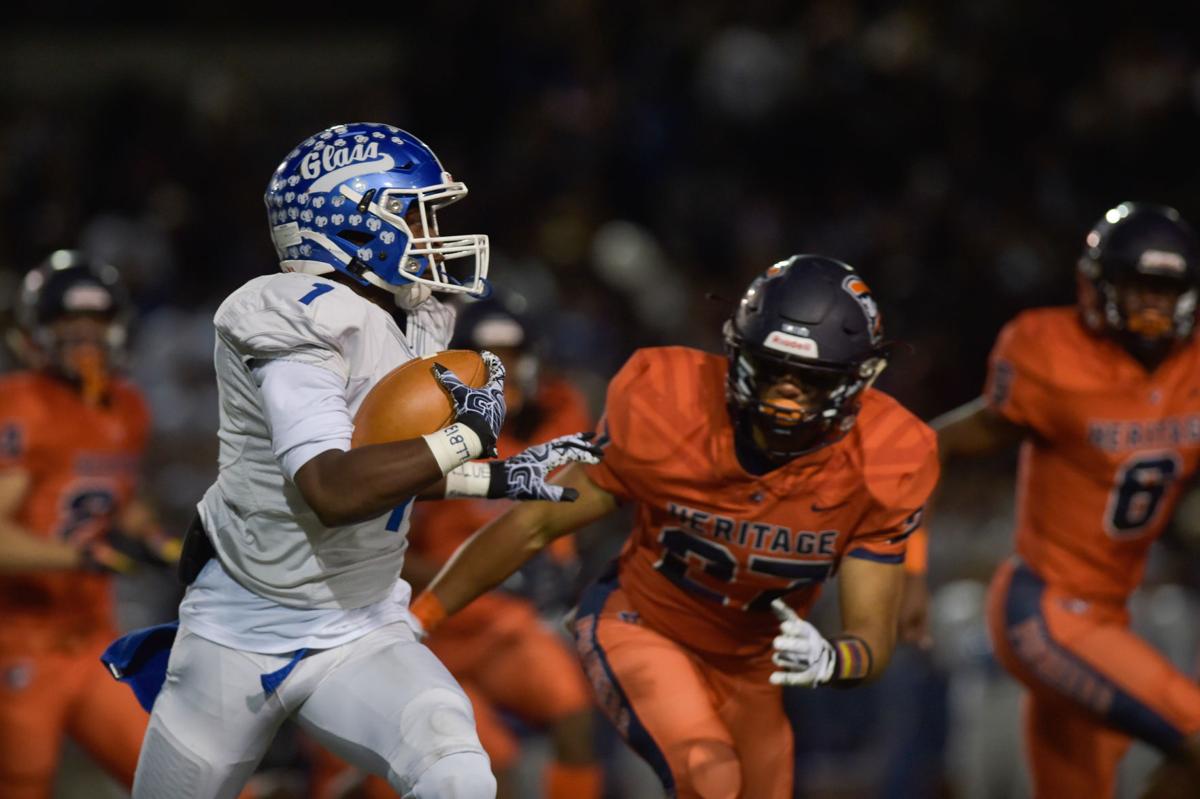 E.C. Glass' Q Foster runs down the field with the ball during the game against Heritage on Friday Nov. 1, 2019, at City Stadium. 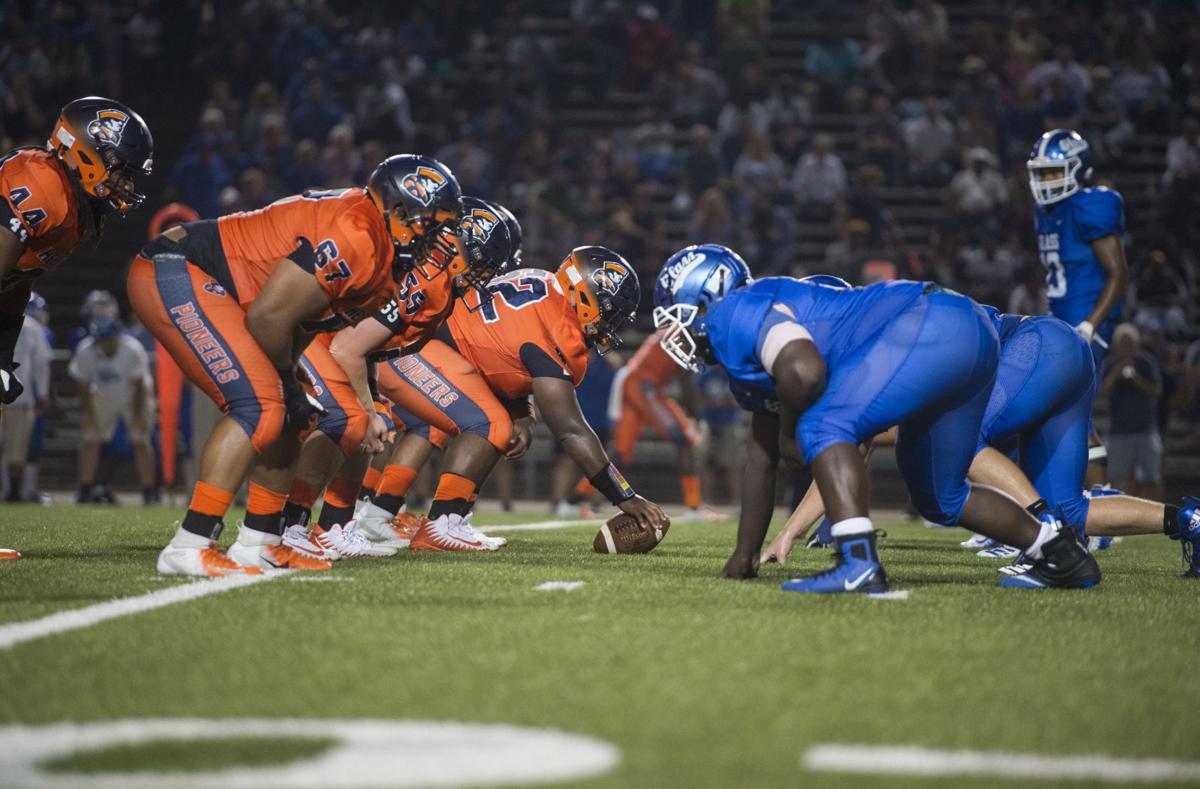 As division staff, teachers, students and parents navigate a return to school amid the coronavirus pandemic, Lynchburg City Schools has attempted to assuage some concerns regarding athletics, but uncertainties remain.

In response to inquiries from The News & Advance, LCS updated the Frequently Asked Questions section of the division’s Return to Learn plan on its website. Under the athletics and extracurricular activities heading of the FAQ, the division outlined strategies for responding to cases of COVID-19 among high school teams, which currently are allowed to practice by the Virginia High School League but will not officially begin their seasons until the winter.

In the event of positive cases of COVID-19 among athletes or coaches — or if those individuals report symptoms that are consistent with COVID-19 — LCS said the local health department will be contacted to help with a response.

The procedure is part of the division’s Health Mitigation Plan, which requires LCS employees to alert their immediate supervisor of positive or suspected cases. LCS staff will work with the health department to institute contact tracing to notify guardians of students who may have been exposed, based on health department criteria, the division says.

LCS also will disinfect areas in which those positive or symptomatic people spent considerable time, and will work with the health department to determine if closures are warranted, the division’s mitigation plan says.

Details about what exactly would prompt a pause in practices or competition for teams — such as a certain number of cases on specific teams — are not included in LCS’ plans, however. The division acknowledged “there are still some things that are not known at this time.”

Lindsey Lockewood, public information officer for the Virginia Department of Health’s Central Virginia Health District, also said there are no hard and fast measures that would prompt a sports shutdown. Instead, VDH and the CVHD are focused on supporting organizations as they work to abide by the commonwealth’s Phase 3 guidelines — which include mitigation tactics like social distancing and limitations on gatherings that are specific to venues.

“I think that the Phase 3 guidelines are pretty comprehensive, and are designed so that when they’re being followed, you’re going to limit the spread of disease,” Lockewood said.

When asked specifically about whether the CVHD would institute or enforce standards if COVID-19 did spread among high school teams, Lockewood said she “can’t say if we’d want to step in more” because “things are changing all the time.”

As part of a handful of other topics addressed in the FAQ, LCS said sports could be affected in the event of building shutdowns in the division.

Additionally, with high school students all starting the year with remote learning, LCS said “to start,” it would not provide activity buses for transportation to and from practices.

LCS has adopted VHSL guidelines for safety measures in athletic practices, while also adding a standard of its own, which says athletes may be required to quarantine after traveling.

In a July letter, LCS told guardians and students the Health Mitigation Plan and superintendent may require a 14-day quarantine if athletes have traveled outside the area — defined as the Virginia Department of Health’s central region (which includes Lynchburg and Amherst, Appomattox, Bedford and Campbell counties).

LCS says such a request would come from the office of Superintendent Crystal Edwards — “if necessary with guidance from the local health department” — if travel outside the area has occurred within two weeks of the planned start of athletic activity, or during activity. The 14-day quarantine period, if requested, begins from the date of the student’s return to the area.

Students that are not athletes are not subject to the travel and quarantine standard.

According to Lockewood, however, the CVHD suggests quarantine only for individuals who have potentially been exposed to the virus. She added there is not a quarantine requirement in the Central Virginia region based solely on travel.

VHSL: Decision on postseason plans delayed until at least Sept. 17

Teams across the state will have to wait at least two more weeks before Virginia High School League postseason plans are finalized.

E.C. Glass' Q Foster runs down the field with the ball during the game against Heritage on Friday Nov. 1, 2019, at City Stadium.