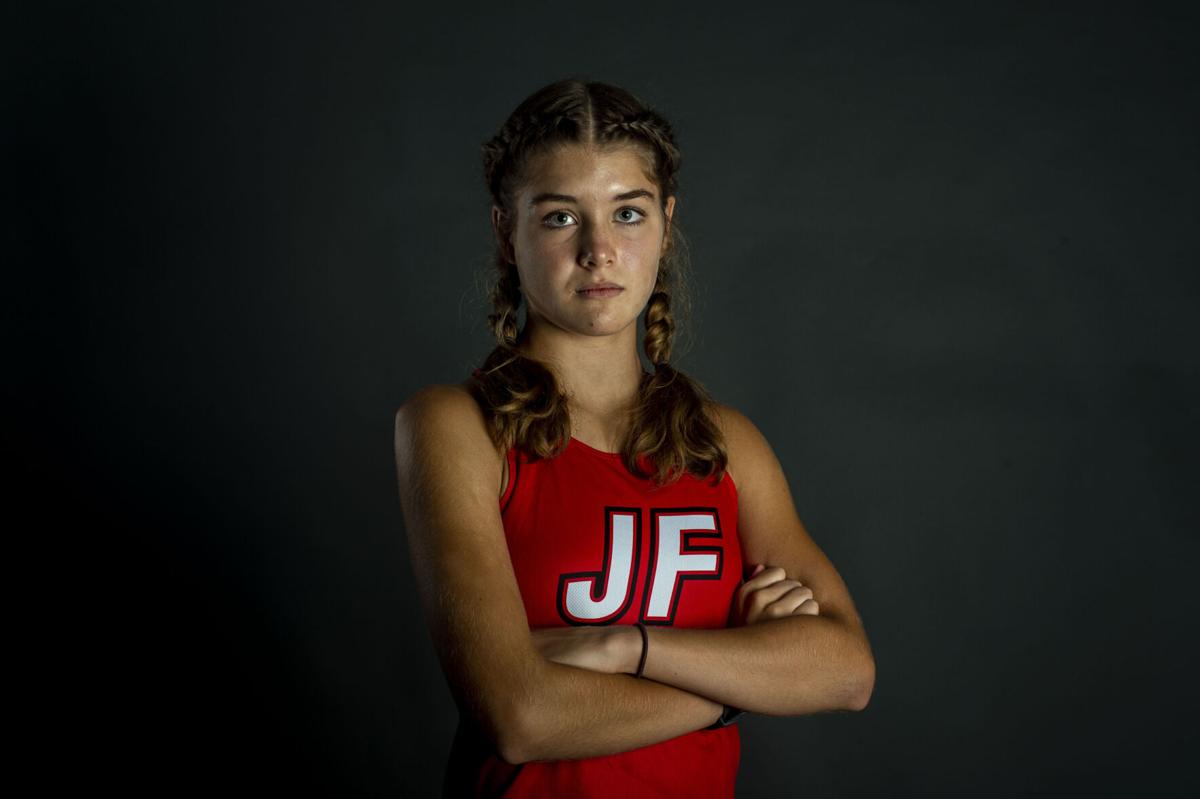 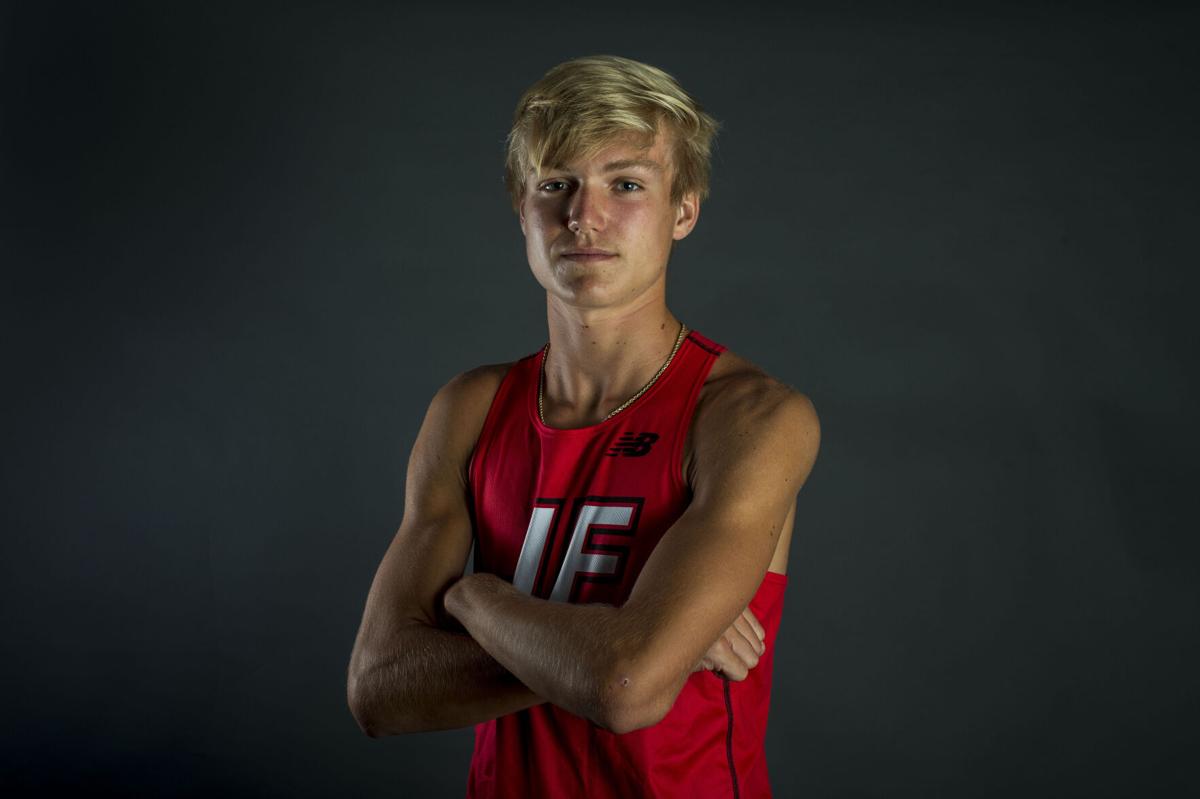 Jefferson Forest's Brannon Adams, who was The News & Advance's All-Area Boys Cross Country Runner of the Year as a junior.

Jefferson Forest sophomore Zoie Lamanna clocked an 18:27 to place fourth overall, leading her team to a third-place finish in the VHSL Class 4 cross country championship Saturday at Great Meadow in The Plains.

Lamanna, who was runner-up at last week's Region 4D championships, finished 34 seconds behind the winner, Loudoun Valley's Ava Gordon (17:53), who repeated as individual champion after winning the state title in April during the pandemic-altered season.

On the boys side, JF senior Brannon Adams turned in a 15:57 to place fifth, teammate Alex Jordan was eighth, and the JF boys finished seventh out of 12 teams, with 153 points.

Adams was fresh off his first-place finish at the region championships. He finished 14 seconds off the lead in a tight group of frontrunners Saturday. Loudoun Valley's Graham Mussmon won by seven seconds with a 15:43, while places 2 through 8 all finished within 12 seconds of each other.

In Class 1 boys action at Green Hill Park in Salem, Altavista senior Kristopher Shultz led the Colonels to an eighth-place finish by finishing 12th overall with a 17:33.80. Will Overby was next on the team with a 19:10, for 41st. Galileo held off Lebanon for the team title.

At the same location, Appomattox freshman Madison Martin took 14th in the Class 2 girls race by running a 21:20. Clarke County edged Alleghany 90-101 for the team championship. No locals competed in the boys field, and Union won the team title by a landslide.

Also in Salem, Staunton River junior Sam Weddle was the only boy from this newspaper's coverage area in the Class 3 field. He finished in 42nd place with a 17:35.60. Abingdon crushed the field for the team championship. No locals competed on the girls side, and Maggie Walker took home the team championship.

The Tornadoes put up gaudy numbers. Maddie Lecik finished with a triple-double: 20 assists, 16 kills and 15 digs. Brooklyn Finnerty recorded 17 kills, five digs and three blocks. Kinley Phillips had a double-double, with 22 assists and 11 kills to go along with five digs. Maddie Thomas finished with 10 digs, and Cambre Phillips had seven digs, three assists and three kills.

The Tornadoes finish the season with a 27-3 record and dropped just one set in their final 10 games of the year. That occurred Friday night in the semifinal round, when TCS defeated Kenston Forest 3-1.

The win was especially sweet because Timberlake fell in the 2018 and 2019 Division III state championship games. Before Saturday, they'd advanced to the finals five times over the years, but had always come away empty.

TCS entered the 2021 season on the heels of a 15-0 pandemic-altered spring campaign in which they shut out every opponent and won the Virginia Association of Christian Athletics (VACA) title.

The Colonels made the 3½-hour trek east to Rappahannock and nearly pulled off the upset in the Class 1 state quarterfinals.

But Rappahannock held off the Colonels bid for a trip to the state semifinals since  with a 3-2 victory Saturday afternoon. That sets up a semifinal matchup between the region A champs and Riverheads, the Region B champion. Altavista was making its first appearance in the state tournament field since 2018.

The Colonels (12-9) notched a state berth by sweeping Central Lunenburg in the Region 1B semifinal before falling to Riverheads at home in the region title game earlier this week.

At the Dinwiddie Sports Complex in Sutherland, Virginia Episcopal's bid for its first title inside the eight-man football league fell short Saturday afternoon, as Greenbrier Christian defeated the Bishops in the championship game.

VES finished the season 7-2, while Greenbrier improved to 8-3. VES previously had defeated the Gators 26-10 in October.

Heritage and E.C. Glass to square off Monday in rare early-season matchup

The two rivals will face off in the first of two regular-season meetings Monday inside Glass' McCue Gymnasium. Tipoff is 7 p.m.

E.C. Glass accomplished all three of its objectives Monday night.

Jefferson Forest's Brannon Adams, who was The News & Advance's All-Area Boys Cross Country Runner of the Year as a junior.