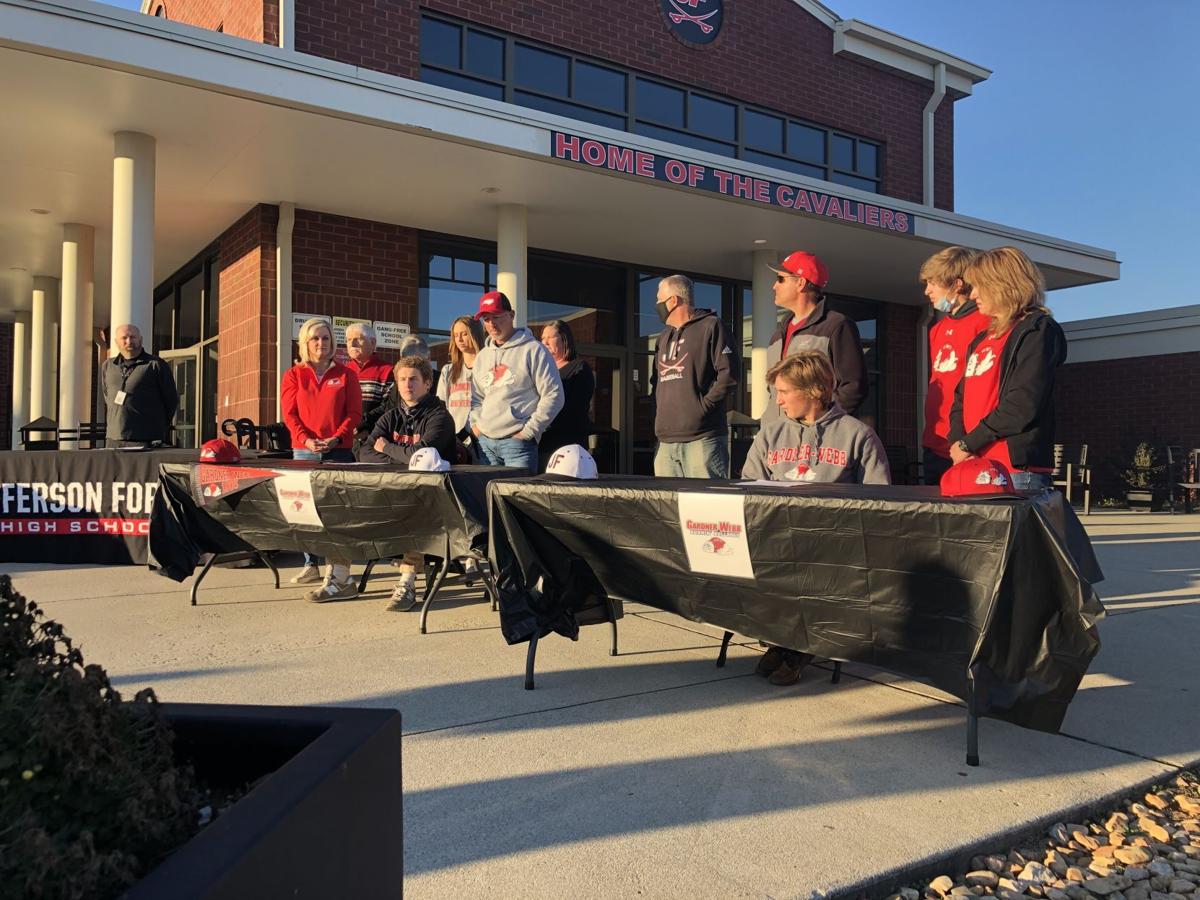 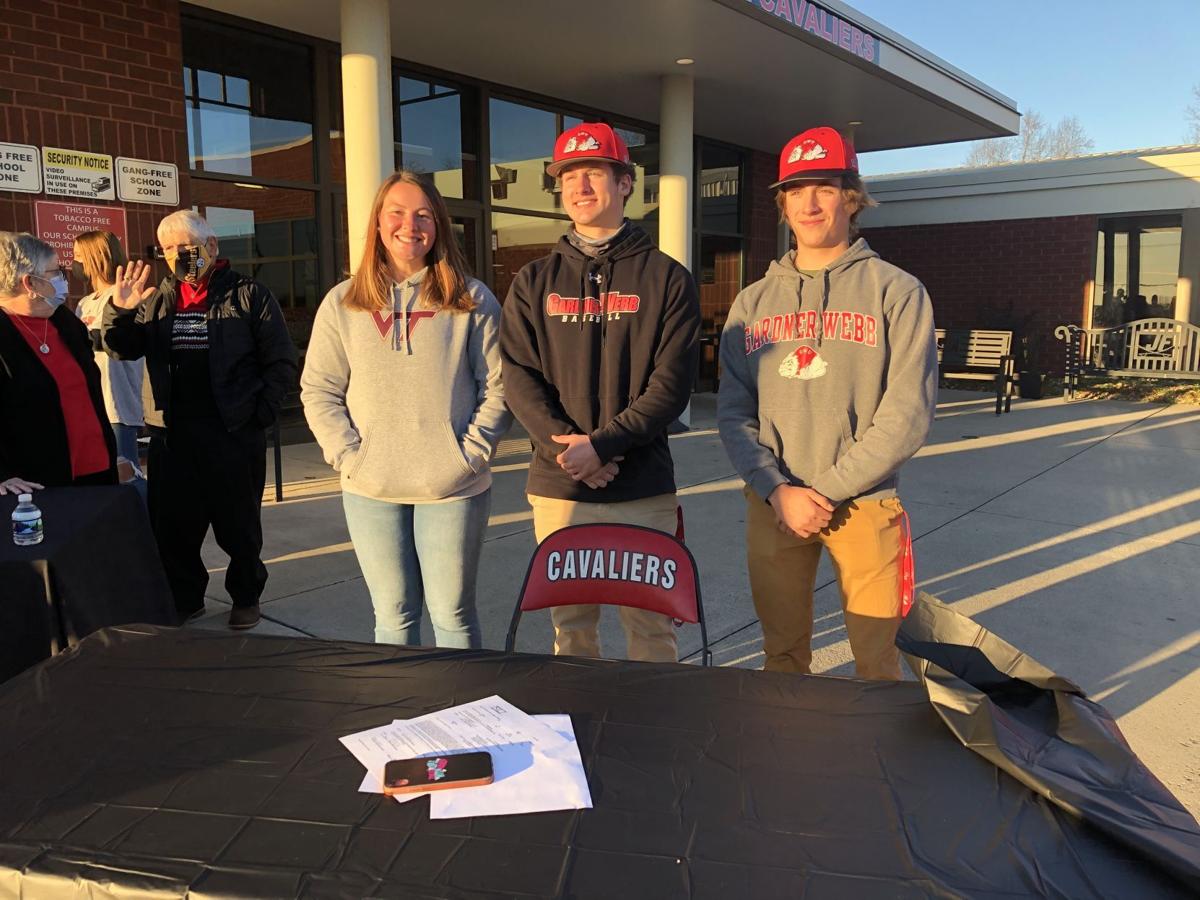 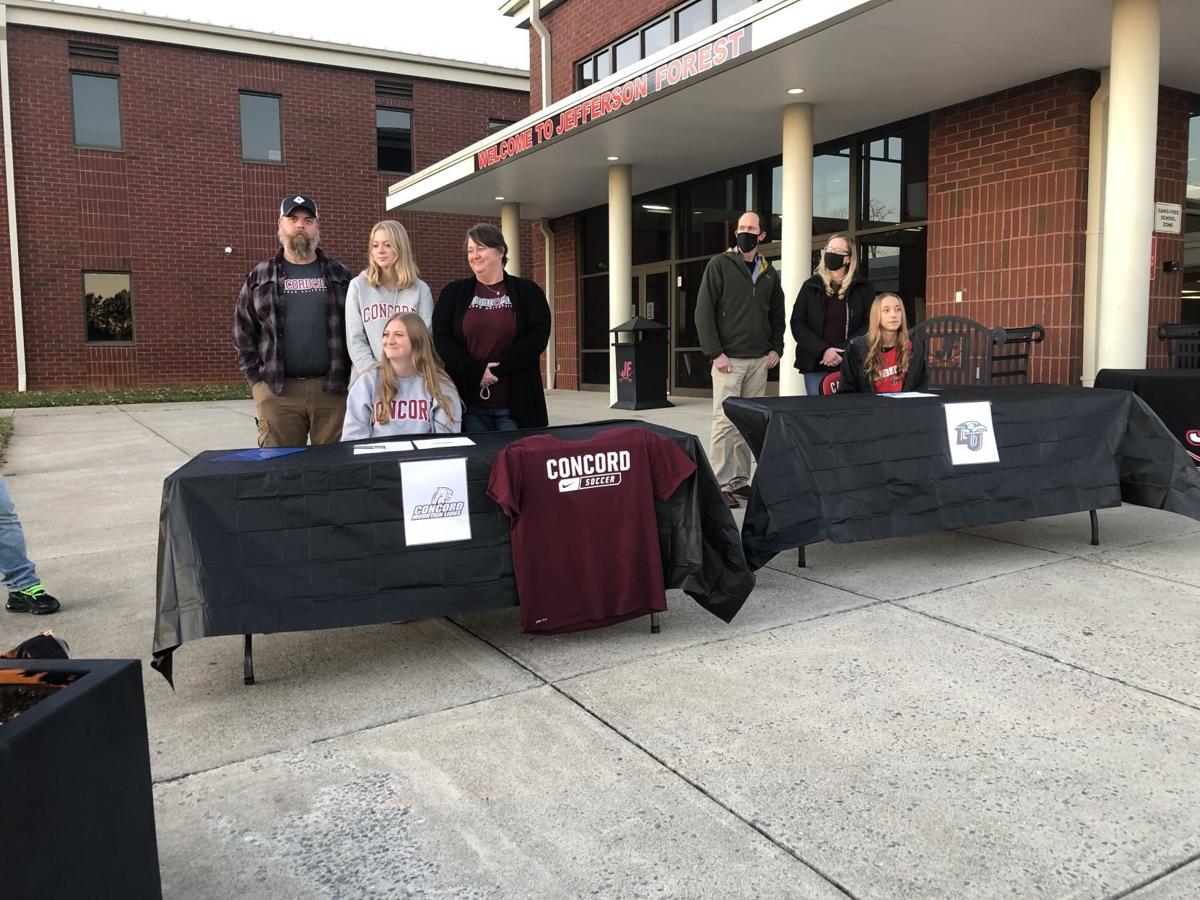 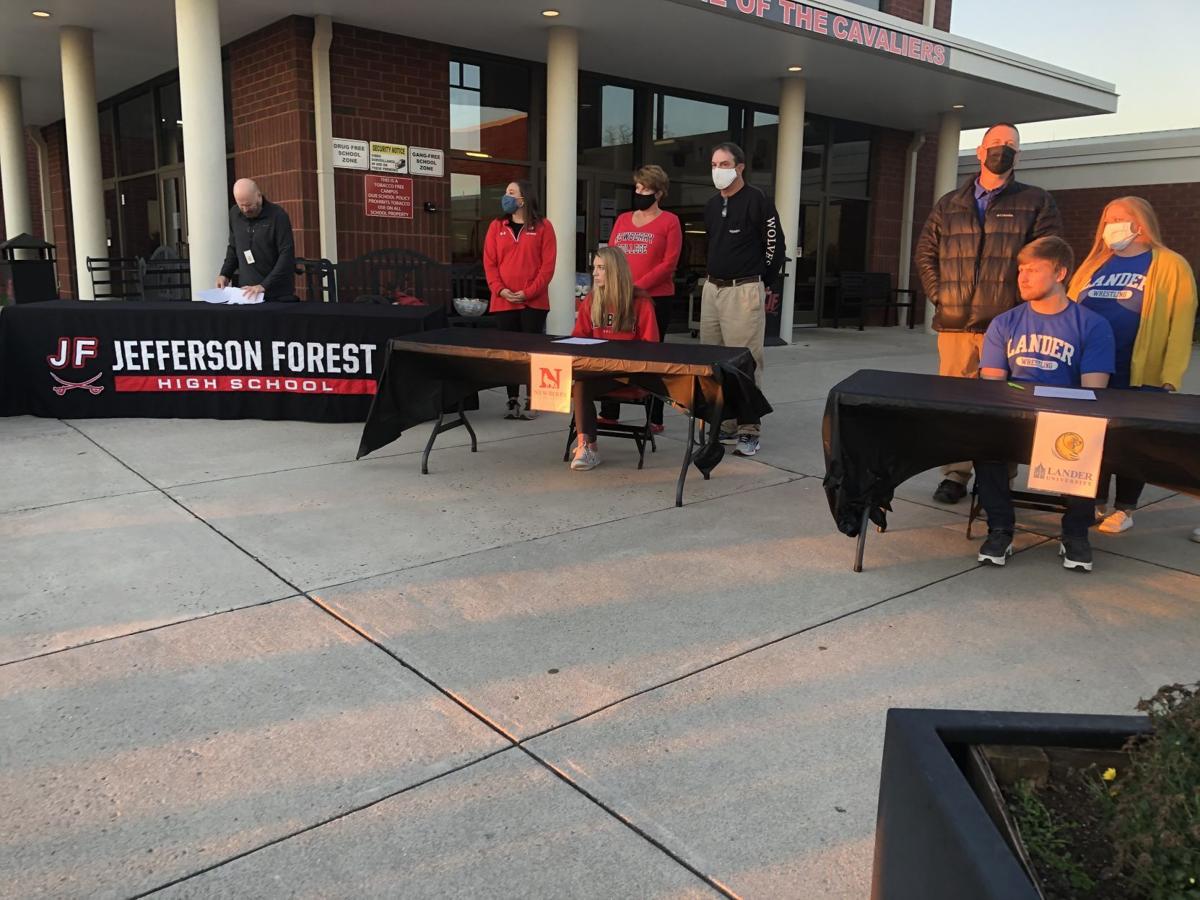 Of all the high school athletes who have taken part in signing ceremonies recently, Spencer Williams’ story might be one of the most unique.

That’s because the senior Jefferson Forest pitcher signed a Division I scholarship without ever playing a varsity baseball game. He’s actually only hit the diamond as a Cavalier a few times, and that was at the JV level.

How in the world does a young athlete generate Division I buzz without the high school experience and only limited exposure? For Williams, one of seven JF athletes to participate in a socially distant signing ceremony Wednesday held outside the school, it was all about work, work and more of the same.

Williams, a lefty who will pitch at Gardner-Webb in North Carolina along with his Cavaliers teammate Connor Maggi, has had his entire high school career altered.

As a freshman, he fractured his left elbow on the field, underwent surgery and was sidelined for the next 10 months. He sat out the majority of his sophomore season on the JV squad as a precaution, pitching only four or five innings. Then, when he was set to rise to the varsity ranks this spring, the season was canceled because of the coronavirus.

So he turned to travel baseball, since those leagues were operational. Even then, getting noticed was difficult.

“The first time I spoke [face to face] with the Gardner-Webb coaches was when I went on campus for a tour of the school,” Williams said, noting video was made available to coaches of his travel ball outings. He also produced his own videos to send coaches, working on his future during the pandemic.

Six of the seven athletes at Wednesday’s ceremony lost their junior seasons because of COVID-19. The lone exception was senior wrestler Carter Shipp, the reigning Class 4 state champion at 195 pounds who is currently ranked No. 1 at that weight class in the state right now.

Lemley, who gave a verbal to Virginia Tech as an eighth grader, is one of the highest profile pitchers in the state. She has a career 0.89 ERA to go along with a .405 batting average.

“A few of my family members went [to Tech], so when I went there for a few visits and just watching softball games and football games there, it just feels like home,” she said. “It feels like a very tight community.”

Mason, who has scored nine goals and seven assists in her varsity career, began garnering looks from LU as a sophomore. She knew right away the school would be one of her top choices for soccer, the sport she’s played since age 5. There’s unfinished business at the high school level, though. “I just hope we get to make up for [missing the spring season], go far and play well,” she said.

Cooper will vie for the starting position as JF goalie this spring. Richardson will serve as a leader for the lacrosse squad, having earned first team all-Seminole District and all-Region 4D honors as a freshman and sophomore.

Shipp has already made JF wrestling history and is poised to make more. He’s a National High School Coaches Association All-American, a distinction no other JF wrestler has ever achieved. He also could become the school’s first two-time state champion this winter. He won his first state title by one point in triple overtime in February.

“I hope I get the opportunity for a second state championship,” he said. “I don’t even know if we’ll get a season or not, but I’m willing to push the pace if I’m allowed to.”

At Lander, located in South Carolina, one of his assistant coaches will be former Brookville standout Trung Duong.

As for the two pitchers, they didn’t plan to attend the same school. Gardner-Webb coaches asked Williams what he thought of his teammate. Maggi, a right-hander who was a reliable late-innings and closing pitcher for JF early in his career, was on their radar. A few weeks later, Maggi texted Williams with news that he’d committed to the school.

“He was like, ‘When are you committing?” Williams recalled.