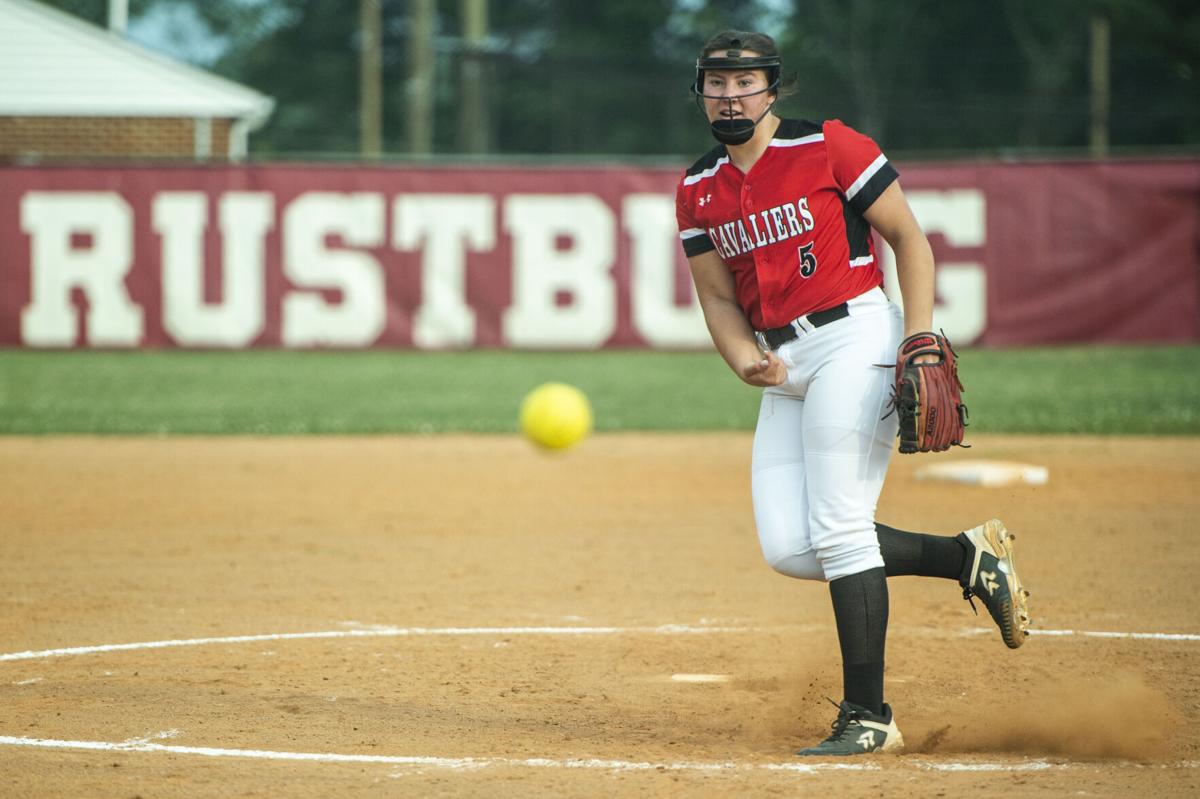 Jefferson Forest's Emma Lemley pitches during a game against Rustburg in May. 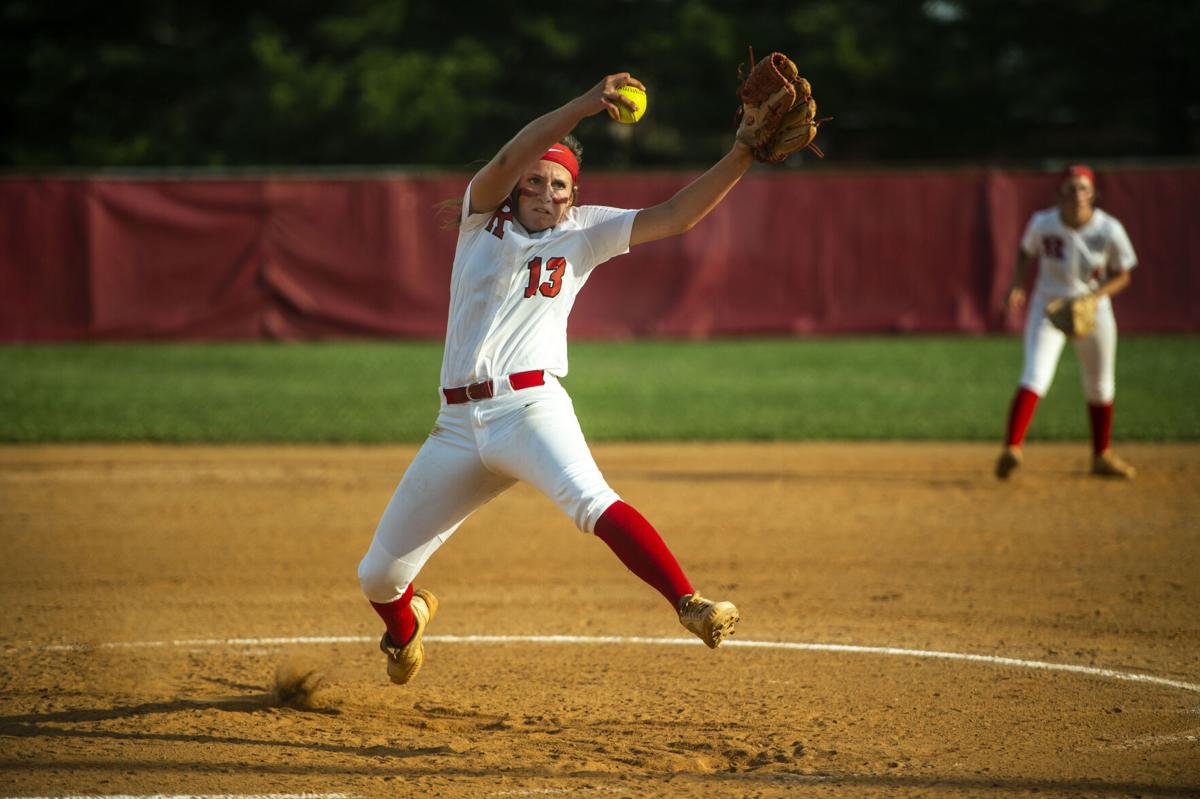 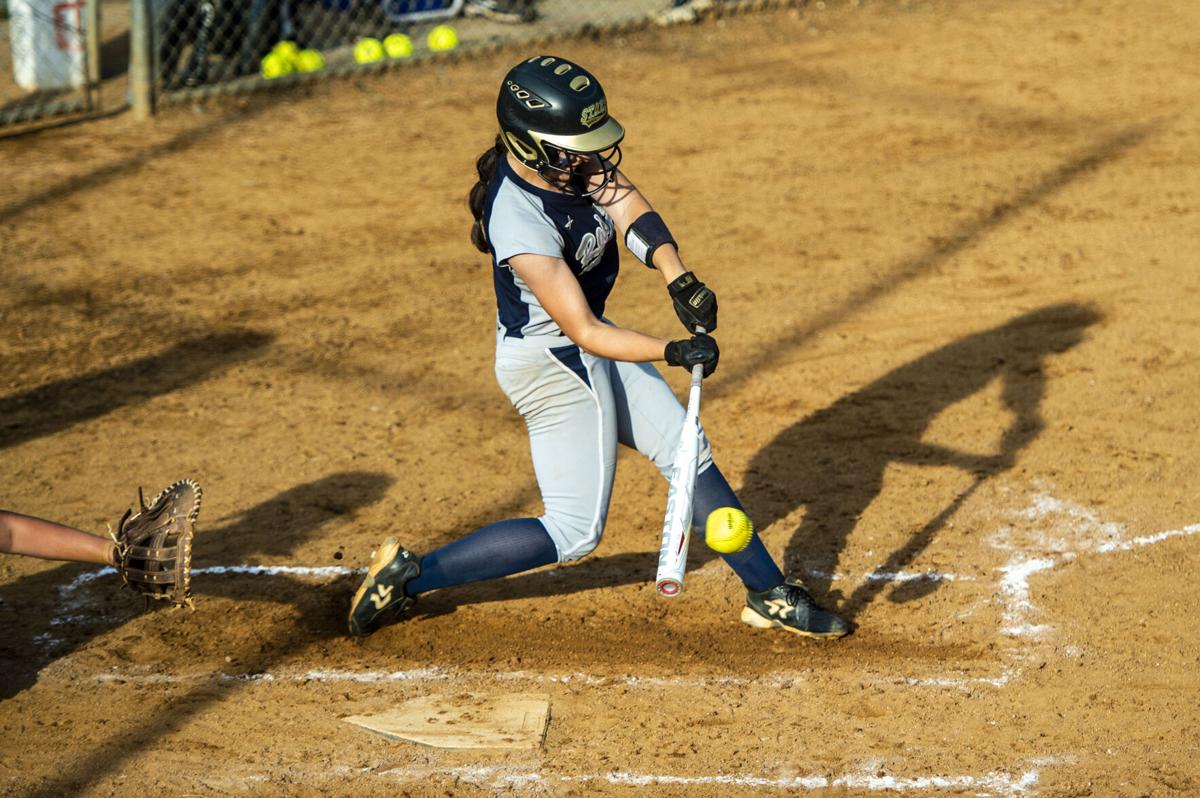 Lemley, a right-hander, was named one of the organization’s best pitchers in the nation. Bigham, also a pitcher, found a spot on the multi-purpose team. Hackett, a shortstop, earned recognition as an infielder.

Lemley led JF to an 11-4 record and a trip to the Region 4D championship in the recently concluded 2021 season.

The Virginia Tech commit will enter the Virginia High School League record book in a number of statistical categories, including strikeouts per game. Her 16.2 per contest (which amounts to 243 total) is good for the top spot all-time in the state.

Bigham was a force in the circle, too, bolstering Rustburg in its run to the Class 3 state championship.

Bigham, a University of Virginia commit, was close to unhittable, putting up a whopping four perfect games and five additional no-hitters. Opponents batted .045 against her.

The understated righty also is among elite company. Her 0.07 ERA (off just one earned run) is the third-best ever in the state for single-season ERA.

Hackett also helped her squad to a state championship. Appomattox and Hackett earned their second state title in program history and first in more than three decades.

Hackett led the Raiders at the plate with a .538 batting average and 14 extra-base hits. She swiped 23 bases and scored 26 runs, and she was perfect in the field.

Incredi-Bowl: Heritage and Glass put on a show in Jug Bowl, despite LCS' security concerns

When Lynchburg City Schools decided to move the annual Jug Bowl football game from its traditional Friday night slot to Saturday afternoon, it effectively told the football teams at E.C. Glass and Heritage this: Buzz Off.

After 'devastating' injury, Delaney Scharnus back on court for Rustburg volleyball

"Our determination is crazy," HHS running back and linebacker Rajan Booker said.

At LCA, the Division I offers keep rolling in

Jaylin Belford became the latest Liberty Christian football player to receive a Division I offer over the weekend when North Carolina offered the 5-foot-9 senior receiver and cornerback a preferred walk-on spot.

Jefferson Forest's Emma Lemley pitches during a game against Rustburg in May.